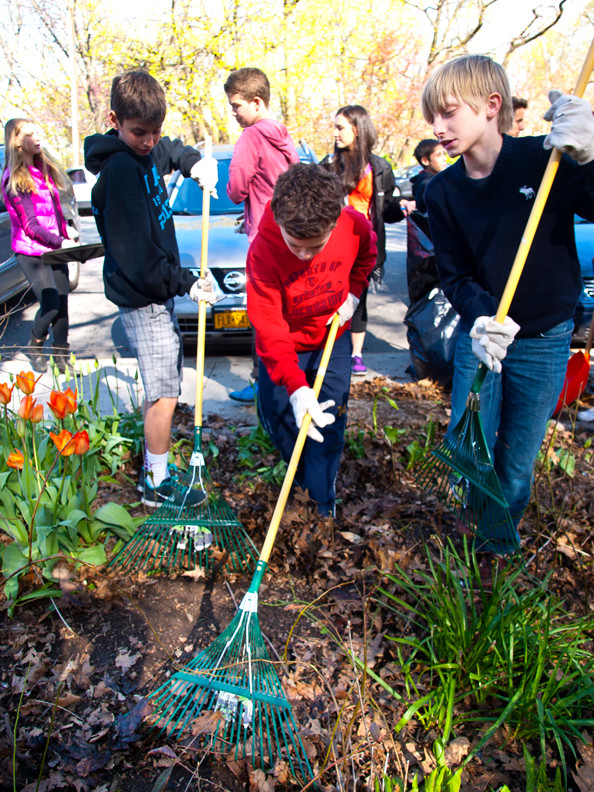 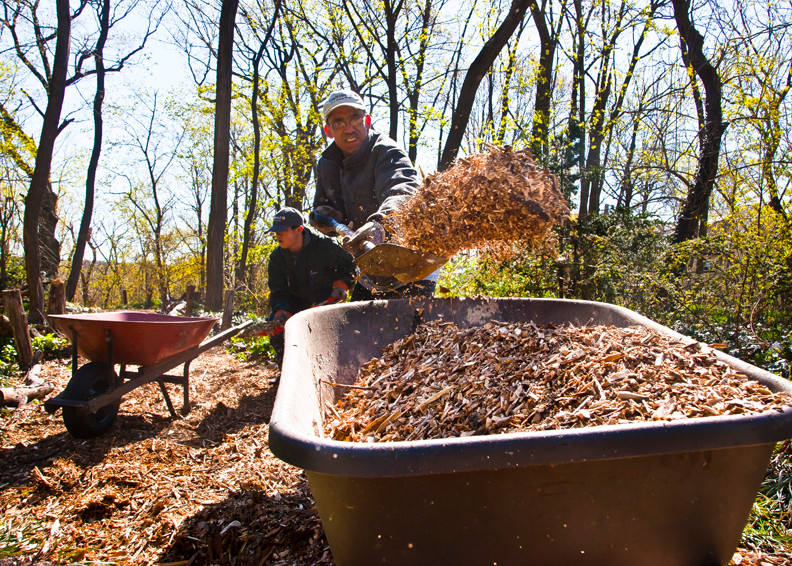 Father and son George Gabriel, foreground, and Elias Gabriel, 13, shovel mulch into a wheel barrow for a pathway.
Osjua A. Newton/The Riverdale Press 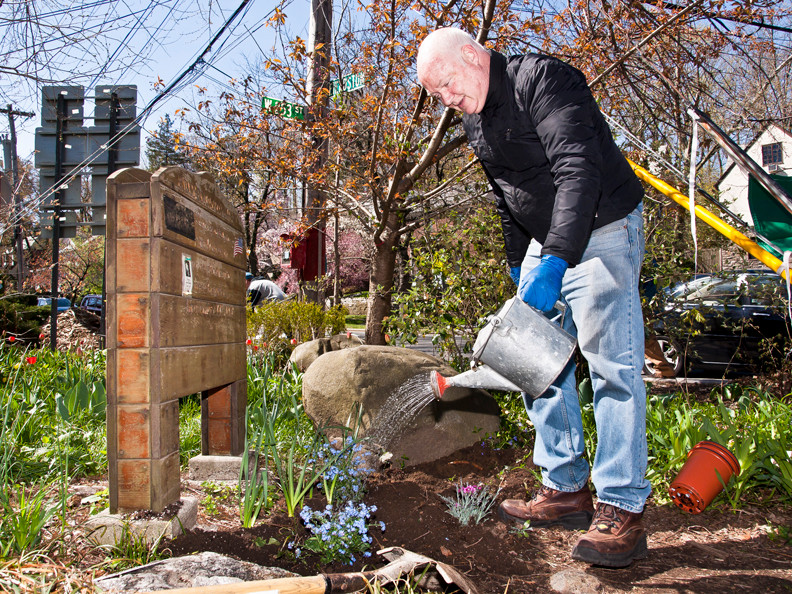 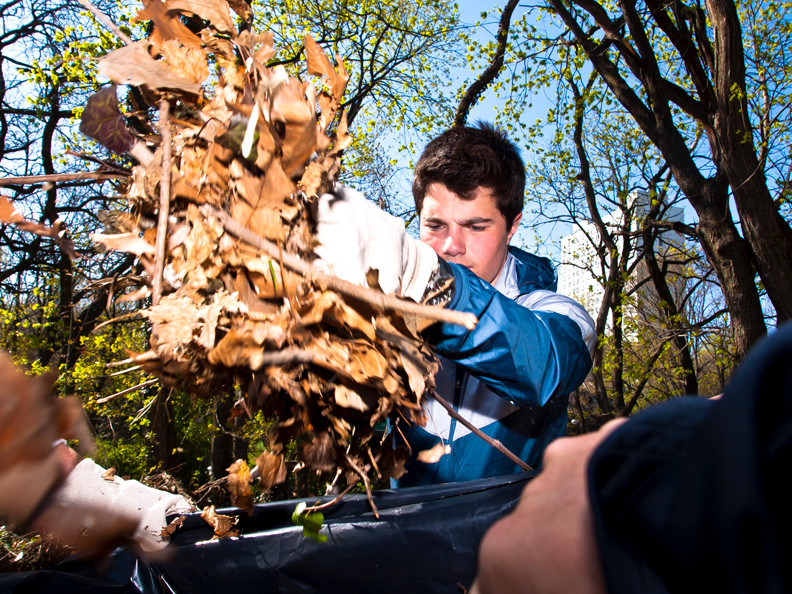 Ethan Rosenthal, 16, an RCS student, dumps a handful of dead leaves into a trash bag.
Osjua A. Newton/The Riverdale Press
Previous Next

After cleanup, other parks will be green with envy

What better way to celebrate Earth Day than to get up close and personal with nature?

That was the sentiment of a team of volunteers — children and adults alike — who gathered to provide much needed tender loving care to the Endor Community Garden at Fieldston Road and West 253rd Street on Sunday and Monday.

The two-day event was sponsored jointly by the Riverdale Community Association, the Department of Parks and Recreation and Riverdale Country School.

The garden was once a forlorn, forgotten dumping ground — an ugly duckling overlooking the Henry Hudson Parkway before former Riverdalian Hilary Kitasei organized her neighbors to clean out the trash, prune the trees, plant perennials and create pine bark paths. For a time it was transformed into a veritable swan, before succumbing once again to neglect.

After Sept. 11, 2001, it got new life when it was dedicated to the memory of Riverdale and Kingsbridge victims of that terror attack.

Despite its noble dedication, it fell again into disrepair despite efforts by Community Board 8, The Riverdale Press and other civic organizations.

Nevertheless, the park still faces challenges from careless litterbugs and even Mother Nature herself.  It was in particularly bad shape after superstorm Sandy blew through it.

But, wielding rakes, shovels, wheel barrows, watering cans, and contractor bags, the volunteers made short work of a difficult job.