100 years of admiring the moon 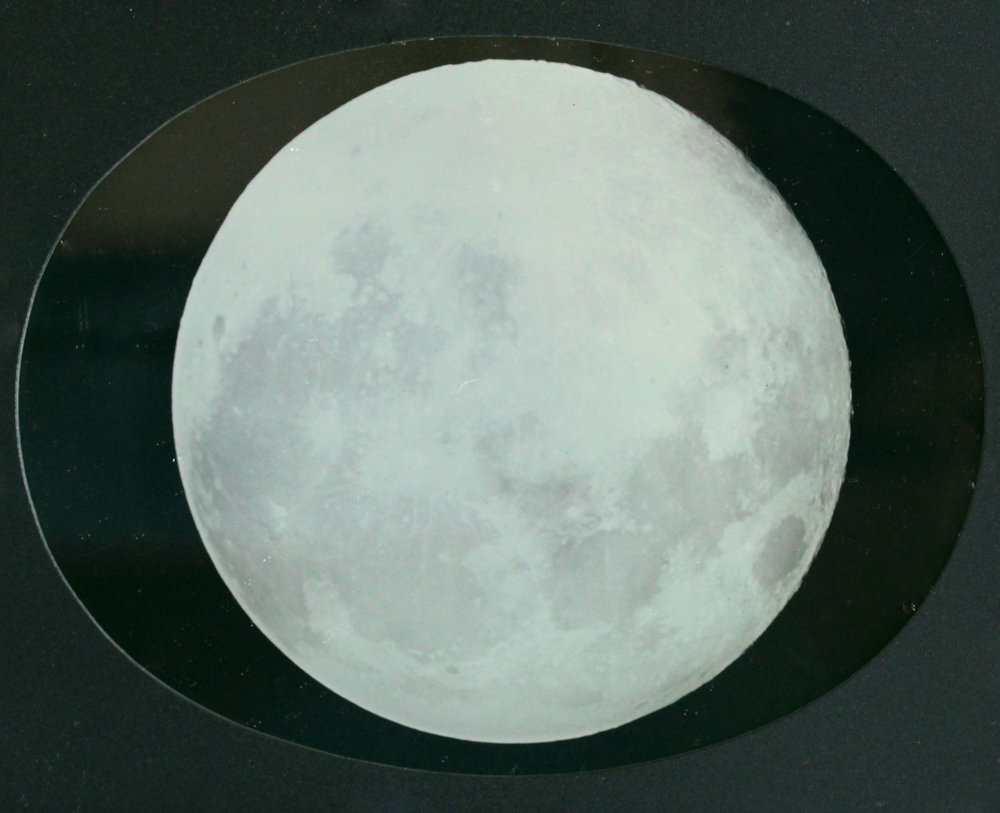 Robert Shlaer used the archaic daguerreotype method to take this image of the moon in 2002.
Courtesy of Robert Shlaer 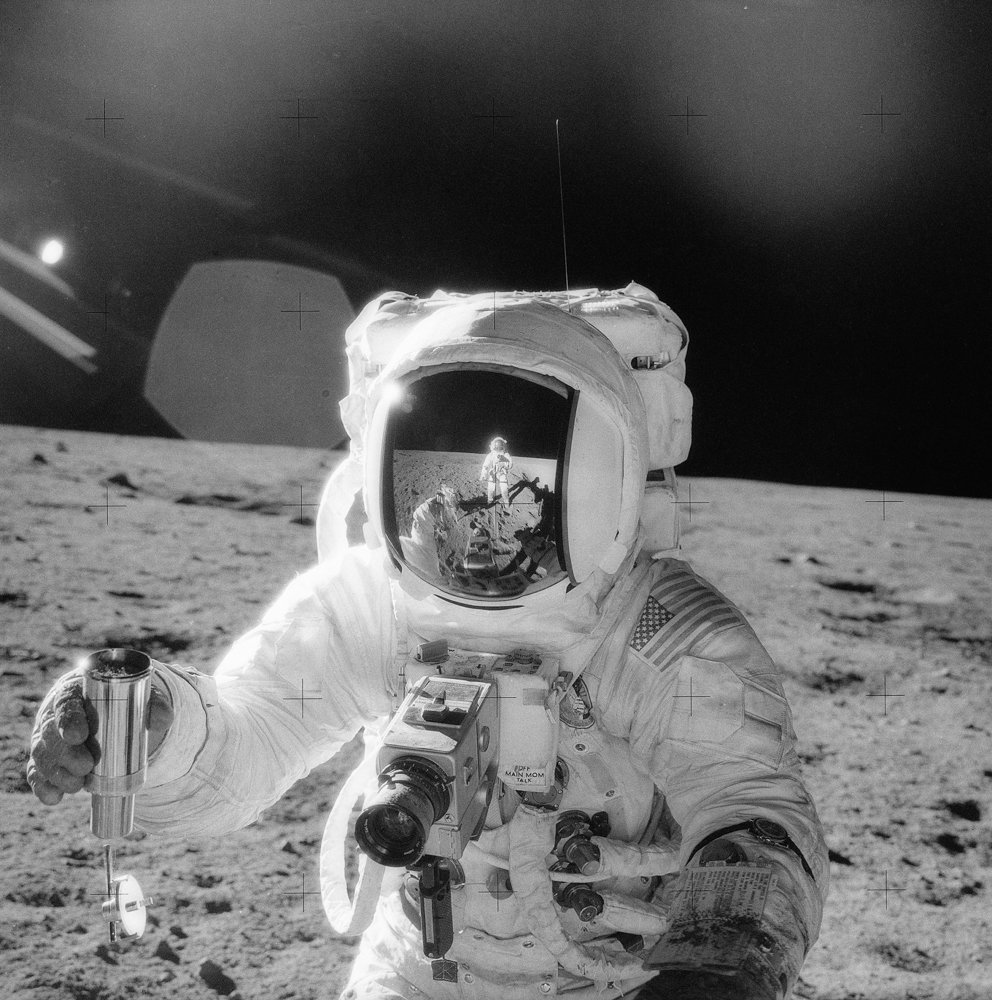 Astronaut Charles Conrad took a photo of his fellow moonwalker Alan Bean on the moon's surface during the Apollo 12 mission, the second voyage to the moon in 1969. This image is included in the exhibition 'A Century of Lunar Photography and Beyond,' on display at the Hudson River Museum until Jan. 12.
Courtesy of NASA 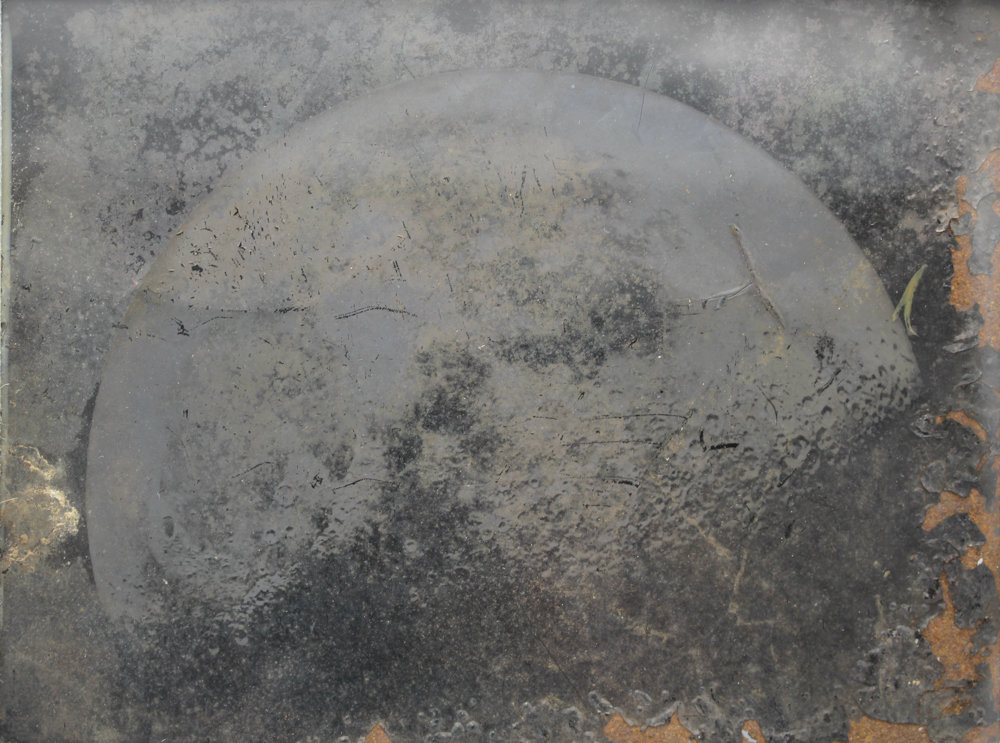 It is believed that John William Draper took this daguerreotype of the moon around 1850. It is included in the exhibition 'A Century of Lunar Photography and Beyond,' on display at the Hudson River Museum until Jan. 12.
Courtesy of Hastings Historical 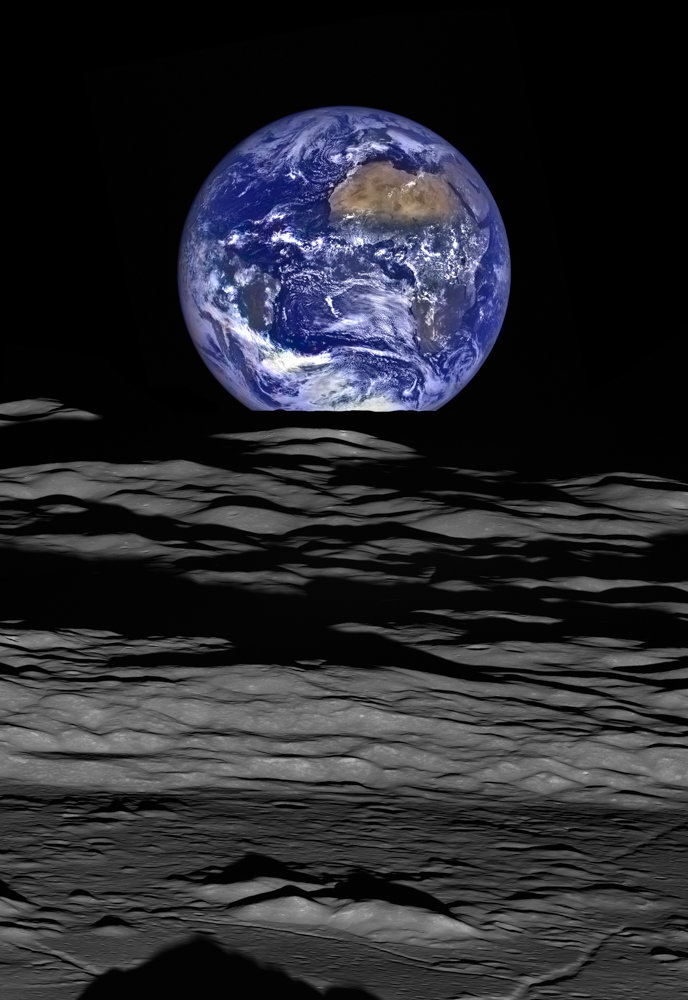 This composite image shows the moon's northern polar region set against an image of the Earth.
Courtesy of Arizona State Univer 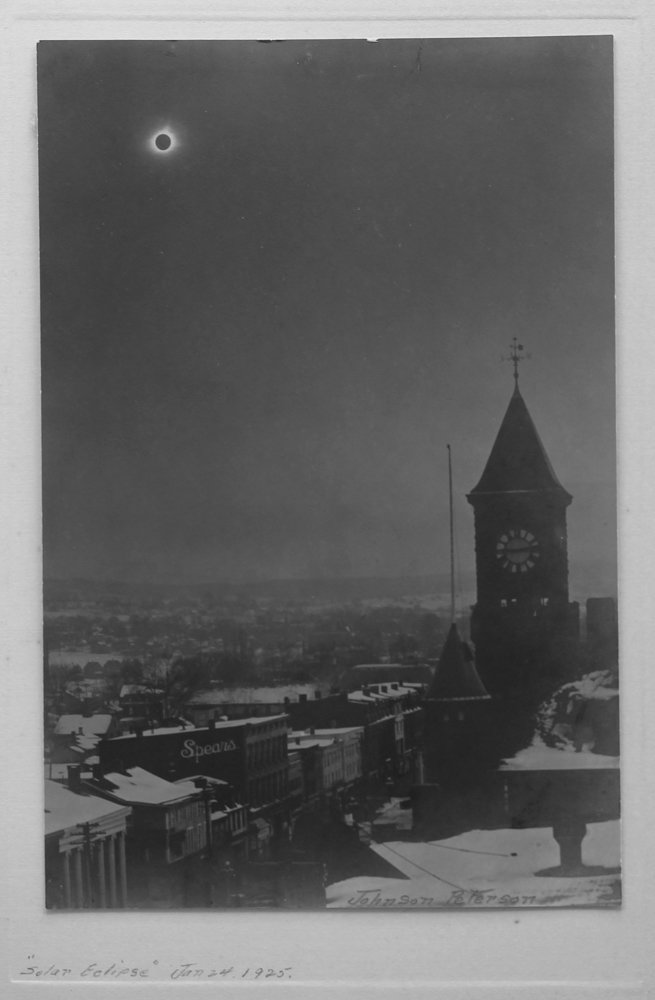 Johnson Peterson's 1925 image of a solar eclipse over Connecticut is included in the exhibition 'A Century of Lunar Photography and Beyond,' on display at the Hudson River Museum until Jan. 12.
Courtesy of Wesleyan University 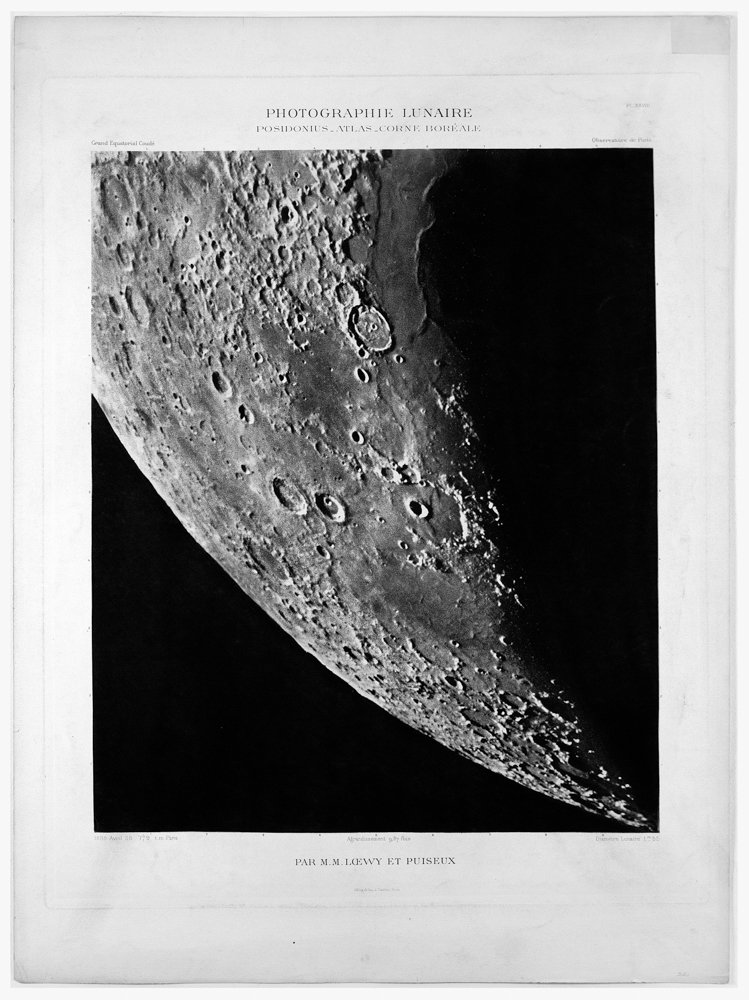 In the late 19th and early 20th centuries, the Paris Observatory — like other major observatories — regularly updated its collection of photographs of the moon's surface, like this image from 1898.
Courtesy of the Richard Jones Co
Previous Next
If you go ...

COST: Prices range between $4 for children, $7 for adults, free for museum members

This year has been out of this world for the Hudson River Museum.

The 511 Warburton Ave., museum in Yonkers kicked off the year with “The Color of the Moon: Lunar Painting in American Art,” an exhibition taking a look at how American landscape artists depicted the celestial body in their work. It’s now continuing the rest of the year with “A Century of Lunar Photography and Beyond,” a look at 61 different images of the moon taken from as early as the 1840s through today. The exhibition runs through Jan. 12.

Marc Taylor, manager of the planetarium and science programs at the museum, said that an exhibition like this was something the museum had in mind five or six years ago, but only seriously started planning it last year.

“We wanted to do something which was sort of unusually ambitious, and it would tie together several different programs and places in the museum,” he said.

Taylor reached out to all sorts of organizations, institutions and collectors who have images of the moon that the museum could borrow for the exhibition. One of the materials Taylor and his team included in the exhibition are photographic glass plates of the moon — a way to capture images that preceded photographic film — taken by the Lick Observatory in California in 1896.

Acquiring these glass plates for the exhibition made Taylor happy, especially because of how they were also used to help astronomers do other work, like analyzing different types of stars and their colors.

“It’s nice to have those objects there and be able to see them and talk about them and demonstrate why they were significant,” he said.

While walking through “A Century of Lunar Photography and Beyond,” Taylor says that there’s a “loose chronology” of how humans have studied the moon over the course of history.

As people approach the end, there are images of the moon and the Earth together in order to show their contrasting features, while also displaying their connection to one another.

“We sort of tried to bring in the idea of it becoming a part of our place in the universe, part of our neighborhood,” Taylor said, “whereas before it might not have been thought of that way.”

If Taylor could pick only one image that stands out to him from the exhibition, it would be the first image of the far side of the moon that the former Soviet Union was able to capture in 1959.

“They were able to get back maybe half a dozen decent, really grainy pictures of the far side,” he said, “and it doesn’t look that different from the near side.”

This particular image is fascinating to Taylor because of how it influenced people’s perception of the moon.

“I just find it astonishing that for tens of thousands of years, people have been looking at the moon, and we realized that we could see just one side of it,” he said. “But when we realized that the moon is a round object orbiting the Earth, we realized, ‘Oh, there’s a whole side of it we can’t see,’ and for all of human history, we didn’t know the far side looked like that.”

As for the learning aspect of the exhibition, Taylor thinks that something people might unexpectedly learn is that the color of the moon isn’t white as some might think it is.

“One thing that the pictures make very obvious and one of the reasons why there’s pictures comparing the moon to the Earth is that we think of the moon being white and really, it’s a very dark color,” he said. “The overall color of the moon is roughly the same as the asphalt on a road. It’s kind of a dark gray.”

Taylor notes that people’s reactions to the exhibition so far have been positive, as some have asked for prints of the images, while others seem to enjoy looking at the artifacts the Hudson River Museum was able to obtain through the end of the exhibition in January.

But another thing that he believes makes the experience of “A Century of Lunar Photography and Beyond” significant is the intimate opportunity to see images of the moon up close, as opposed to a computer or mobile device.

“We’re very used to looking at things on screens, and screens have sort of this beguiling glow to them,” Taylor said. “To see something printed and have to be equally compelling is a very different experience.”

Especially when that experience is something so close, you can touch it with your face.

“You can put your nose right up to that print, and there’s an incredible amount of detail,” Taylor said. “But at the same time, you can see the rest of the print around you, which you can’t do on a computer screen. On a computer screen, you can zoom in, but you can’t see the whole thing at once.”

Hudson River Museum, Marc Taylor, The Color of the Moon: Lunar Painting in American Art, A Century of Lunar Photography and Beyond, Tiffany Moustakas