A Japanese take on the famous chrysanthemum 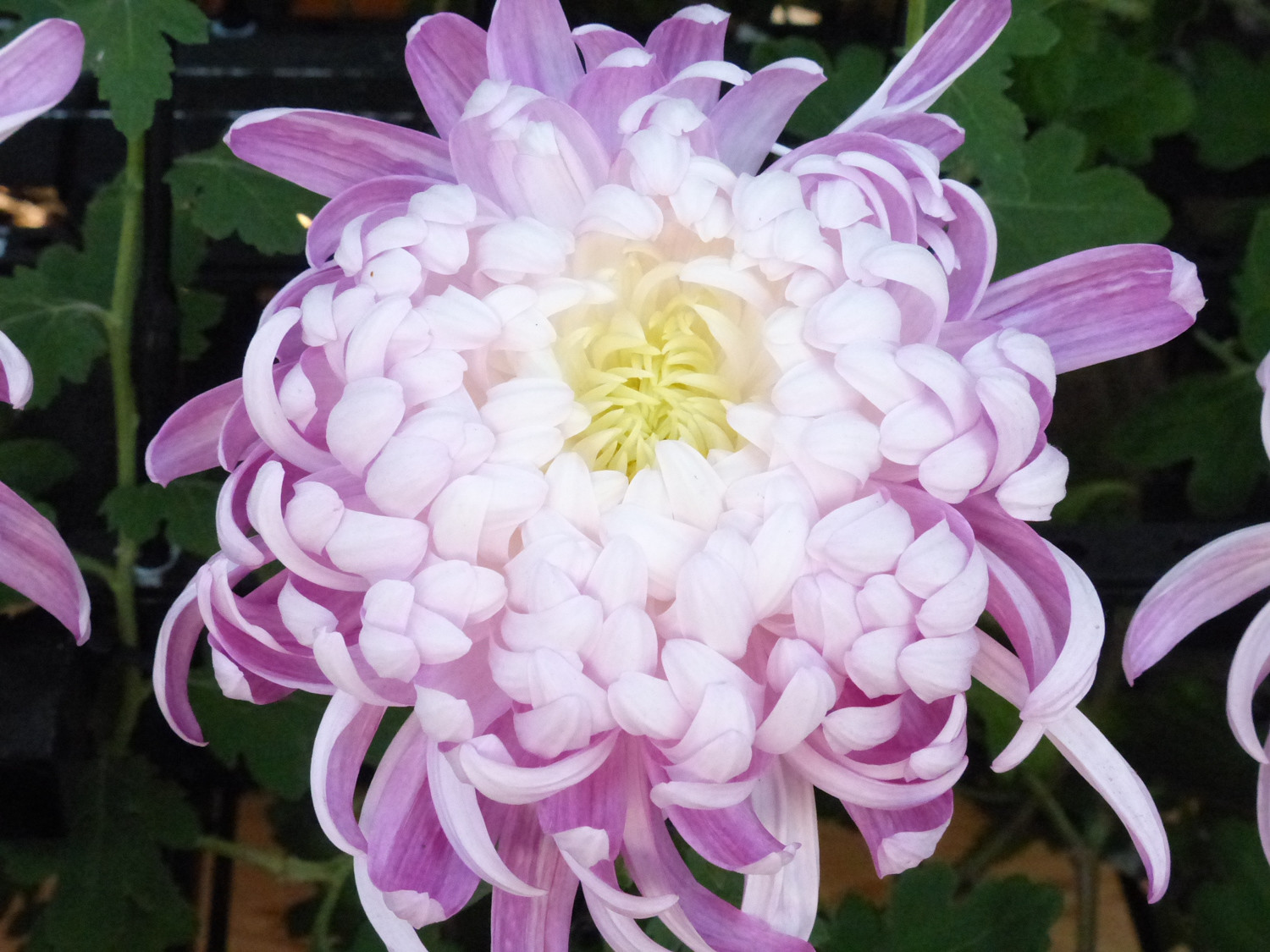 It's a whole world of chrysanthemums at the New York Botanical Garden between Nov. 4 and Nov. 19. The exhibit moves to the Bourke-Sullivan Display House this year at the Nolen Greenhouses.
Courtesy of Sura Jeselsohn
By Sura Jeselsohn

My favorite annual show at the New York Botanical Gardens, the Chrysanthemum Show, is scheduled to start Nov. 4 and run through Nov. 19.

In past years, it was presented in the Enid A. Haupt Conservatory. However, since the Chihuly Glass Exhibit will still be on view at the conservatory, the chrysanthemum show moves to the Bourke-Sullivan Display House of the Nolen Greenhouses.

This is the garden’s 10th show, and this year is called “Kiku: Spotlight on Tradition” with kiku being Japanese for “chrysanthemum.”

The chrysanthemum is native to Asia and northeastern Europe. They already were highly valued in China by the 15th century B.C., and were introduced to Japan during the Nara Period (A.D. 710-793). They were not present in the New World, however, until the 17th century.

The monarchy in Japan is referred to as the Chrysanthemum Throne, and the Japanese imperial seal — a stylized chrysanthemum of the form called Ichimonjiginu — is used as a crest by the emperor and members of the imperial family.

Our primary interest in chrysanthemums today is aesthetic. However, they have a long history in Asia for culinary usages as well — as a tea, flavor enhancer or as steamed greens. Chinese art recognizes four plants as the “Four Gentlemen,” where they represent the four seasons. The orchid represents spring, bamboo for summer, chrysanthemum for fall — our quintessential fall flower as well — and the plum for winter.

Dew drunk off a chrysanthemum is considered an elixir for long life.
The English word “chrysanthemum” comes from the Greek chrysos meaning “gold,” and anthemon for “flower.” The origin of the name may reflect the flower’s appearance in the earliest illustrations as a small, yellow, daisy-like flower.

Chrysanthemums are members of the Asteraceae (the Greek word aster means “star”) family, formerly the Compositae. Examining the common daisy allows us to appreciate the star-like appearance of the family while also introducing us to the composite nature of the flower.

Daisies seem simple enough with white petals surrounding a yellow center. However, all is not what it seems! This “flower” is actually a grouping of two different kinds of flowers, and therefore each head is actually a multitude of flowers.

The center yellow structure of the daisy, for example, is composed of tiny disc flowers, which have both male and female structures. What we mistake for petals are actually the ray flowers.

Examples of Asteraceae bearing only the disc flowers include eupatorium, ageratum and burdock. Dandelion, chicory and endive have ray flowers only. Other common Asteraceae having both rays and discs include sunflowers, dahlias and rudbekias.

As you have grown to expect, there is a society devoted solely to chrysanthemums, the National Chrysanthemum Society USA (Mums.org). They have developed a 13-part classification system based on the type of florets displayed on the flower as well as the growth pattern. Eight of the classes with extravagant blooms seem composed of enlarged ray flowers only.

These rays may curve upward, curve downward, form quills and long spidery florets, and some even appear to be sporting spoons on their tips. Three classes must show disc florets, and the balance have specific unusual features.
The flower is typically colored white, red, yellow, pink or purple. However, a recent breakthrough involving genetic engineering has led to a flower sporting a true blue color. In order to create this unusual color, scientists added first a gene from Canterbury Bells (Campanula medium) and then one from the butterfly pea (Clitoria ternatea). The new genes allowed the modification of a normally reddish pigment yielding the blue variant.

But where does the magic come from? Nature provides the plant, breeding and mutations provide spectacular varieties. However, it is human artistry plus some serious botanical manipulation that gives us the outstanding forms that bring us back year after year for the Kiku Show.

The first Kiku show at the garden opened in 2007 after four years of training by Yukie Kurashina at Shinjuku Gyoen National Garden in Tokyo. The botanical garden was looking for a spectacular fall show when few flowers are coming into bloom.

Chrysanthemums were a fall specialty in Japan, and since Kurashina spoke Japanese, all the pieces fell smoothly into place.

As seems to be happening frequently lately, this is turning into a two-part piece. Next week will be a primer on the various techniques used to create the various exhibition styles. Understanding a bit about the techniques involved should not detract from their magnificence. Instead, it will only enhance it.