A mechanic's eye view of change 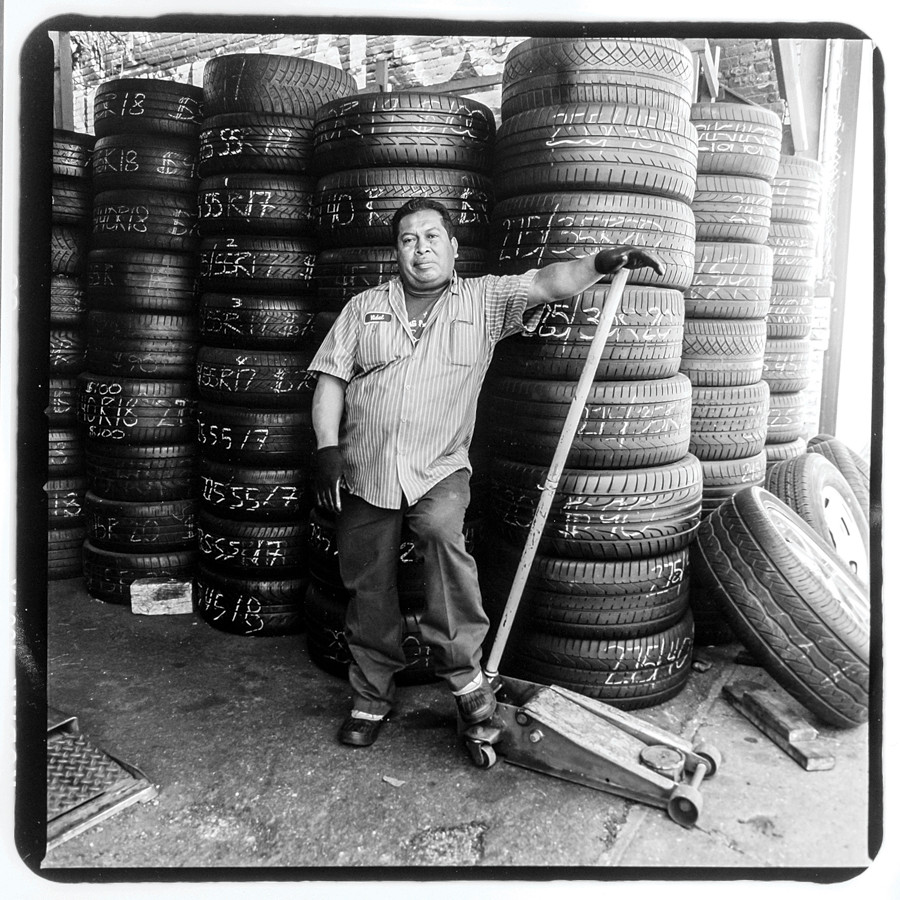 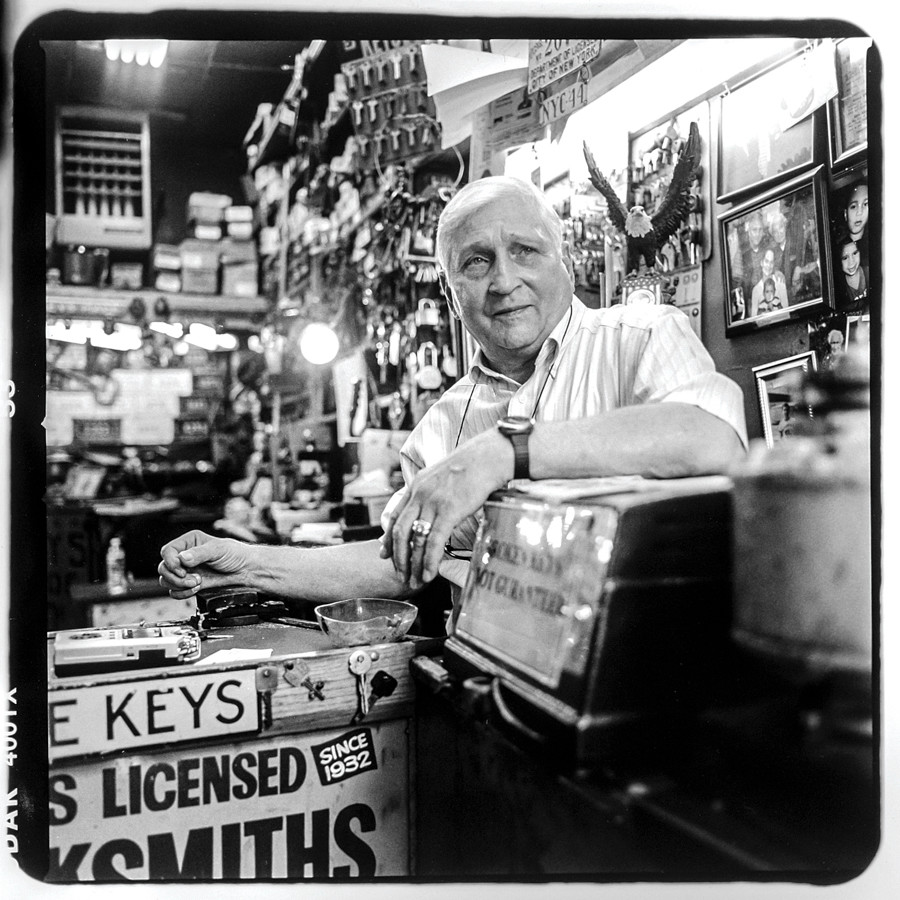 Bronx Photo League/Bronx Documentary Center Images from Jerome Ave Workers Project. Raymond Herskovits inside of his miniature storefront, Mel's Locksmiths at 4 East 170th Street. Raymond is a third generation locksmith; his grandfather first opened the shop in 1932. He no longer resides in the Bronx, but commutes six days a week from his home in New Jersey to open his shop.
Photo by David “Dee” Delgado/Bronx Photo League 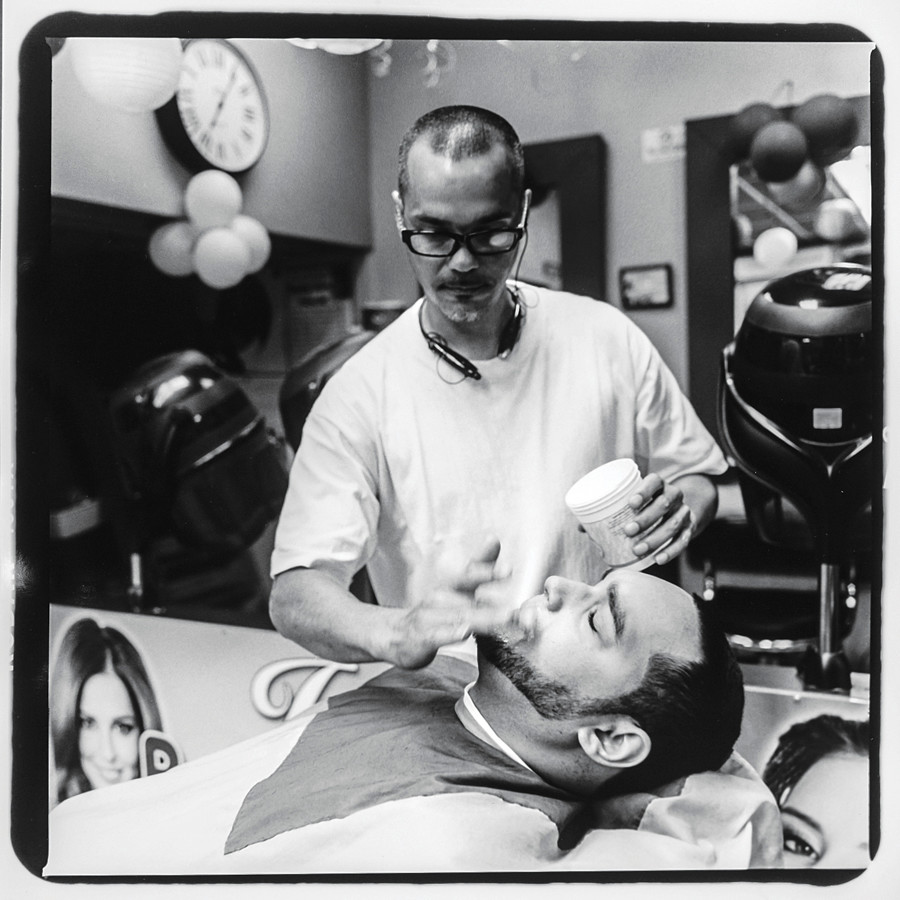 Tony Ramos giving one of his customers a haircut in a barber shop located at 1476 Jerome Avenue. Tony lives and grew up in the neighborhood where he works, been working at the shop for the past 3 years.
Photo by Berthland Tekyi-Berto/Bronx Photo League 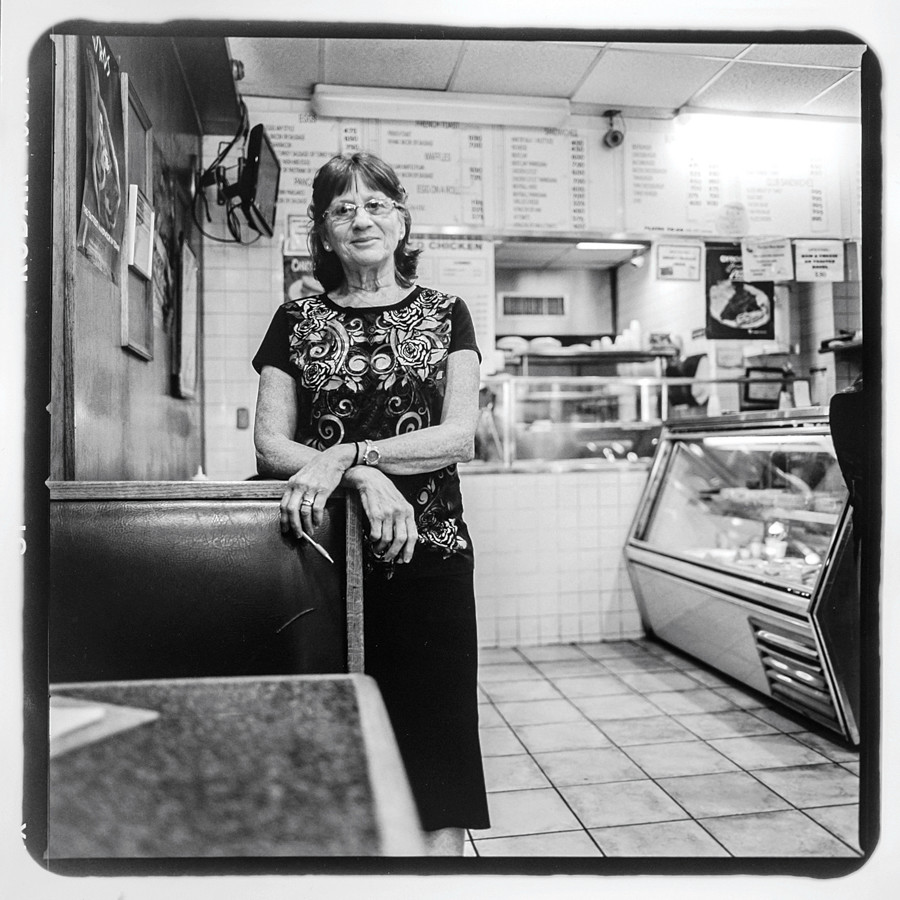 Tessie Polygerinos at Munchtime Diner on 170th St. between Jerome Ave & Townsend Ave. Her husband, Laki, has owned the diner since the 1960s. The diner has been serving Bronx residents for over 60 years.
Photo by Trevon Blondet/Bronx Photo League 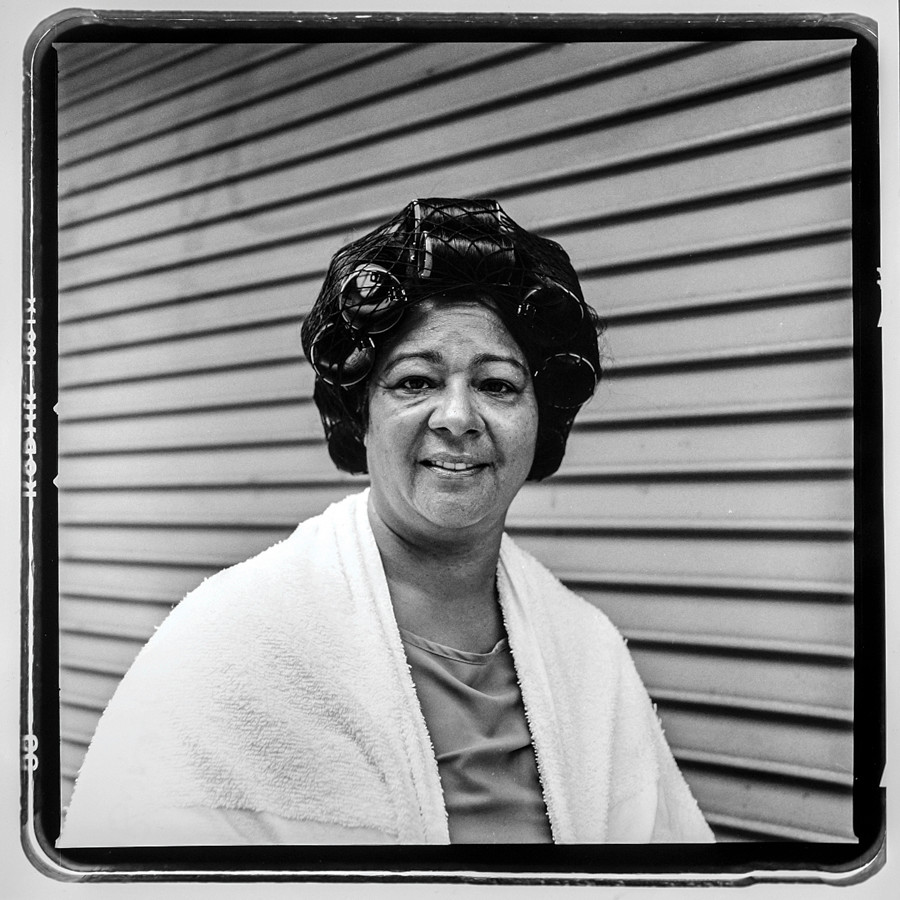 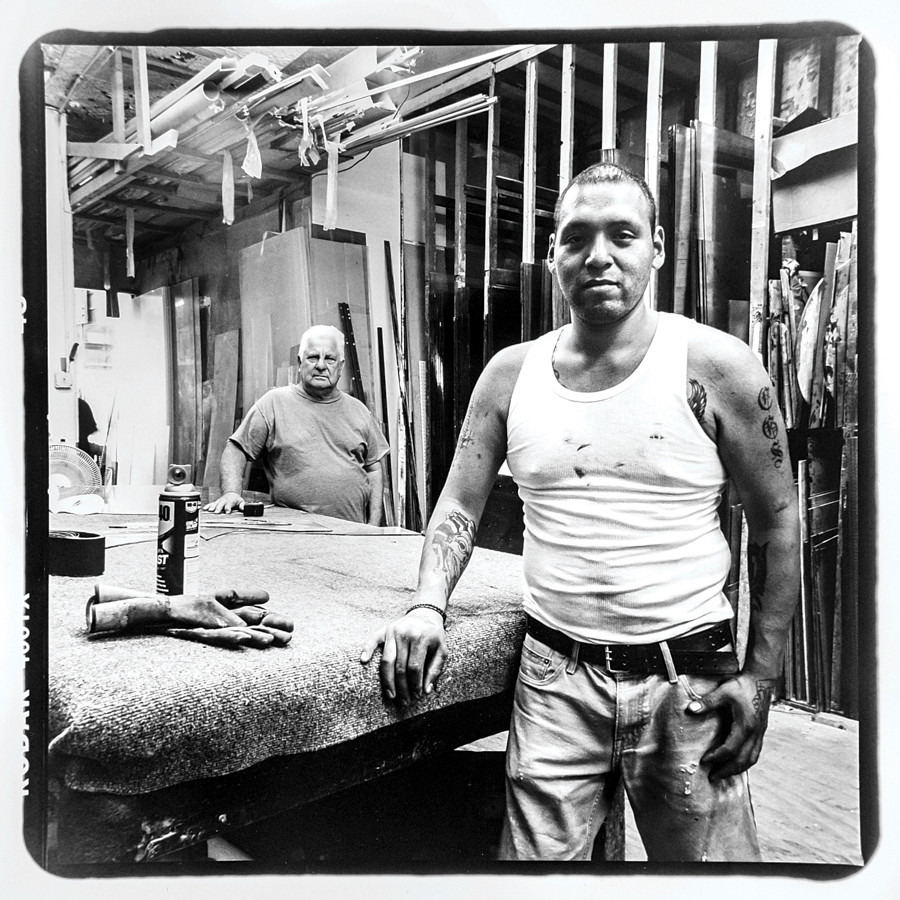 Kevin Mendoza (front) and Pepe from Fordham Glass & Windows located on Jerome Avenue and 183rd. Kevin is retiring soon and Pepe will take over the business.
Photo by Jonathan Santiago/Bronx Photo League 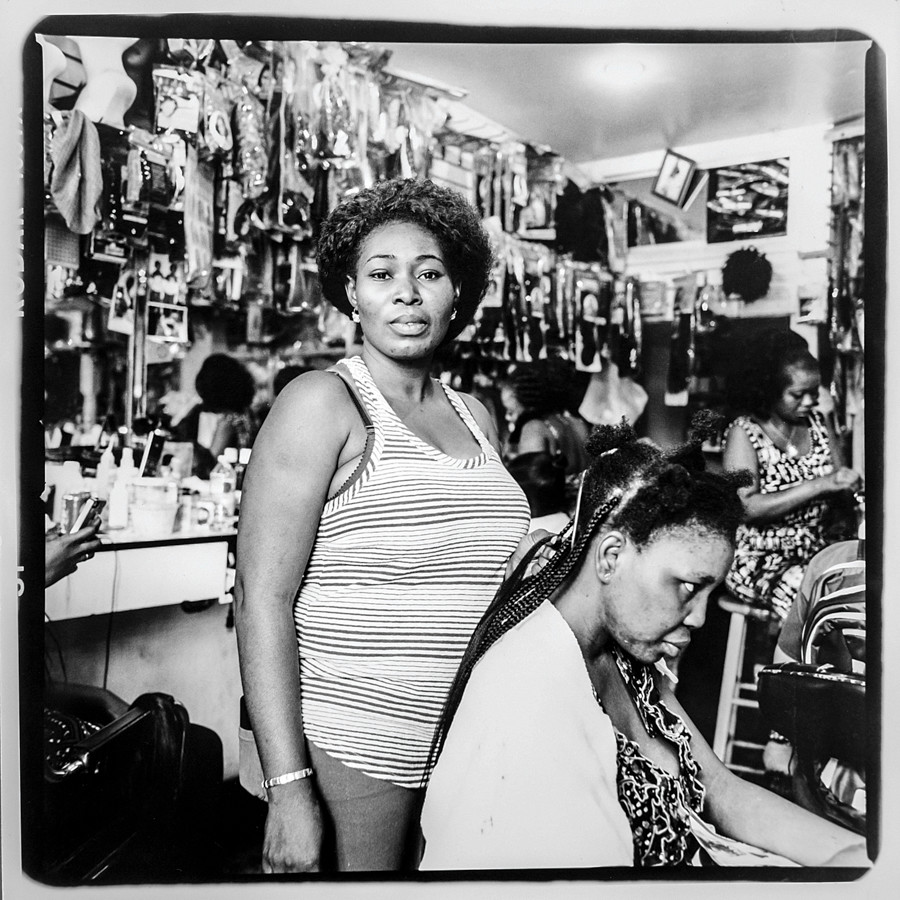 Rebecca, originally from Ghana, works part-time at the GOD IS WONDERFUL Hair Weave & Braiding Center at Jerome and 183rd street which her sister Beatrice has owned for over ten years. Rebecca has been married for two years: she and her husband are both studying health care and she aspires to be a doctor.
Photo taken August 2015 by Adi Talwar/Bronx Photo League 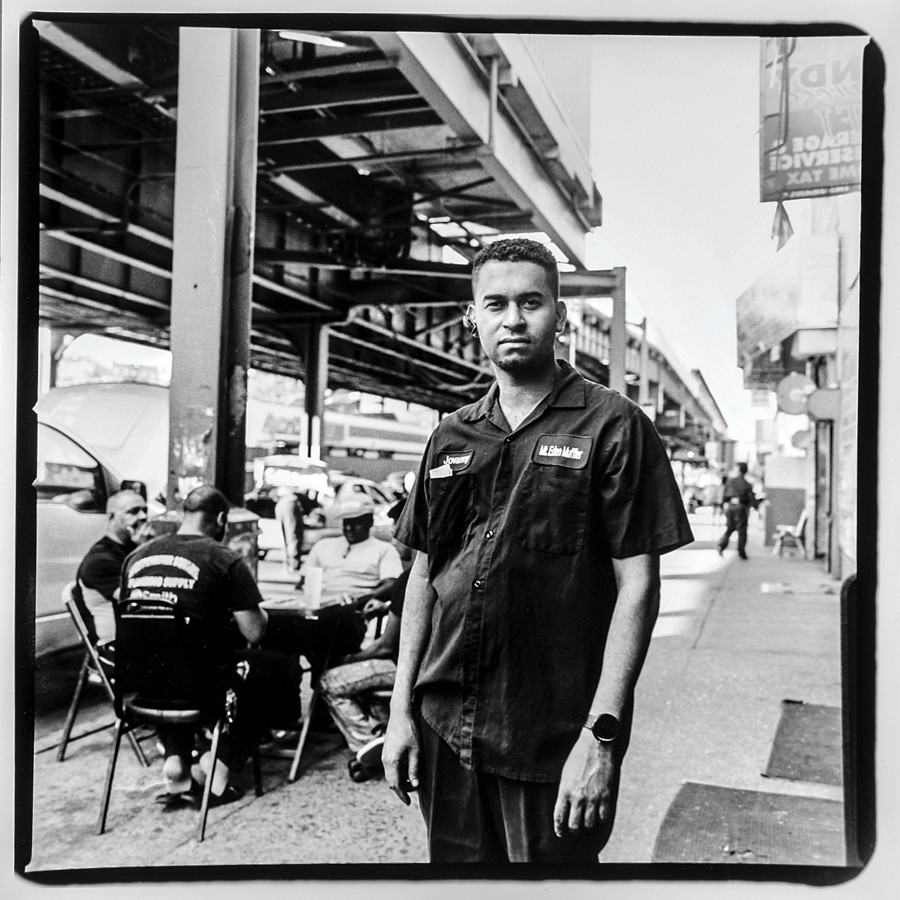 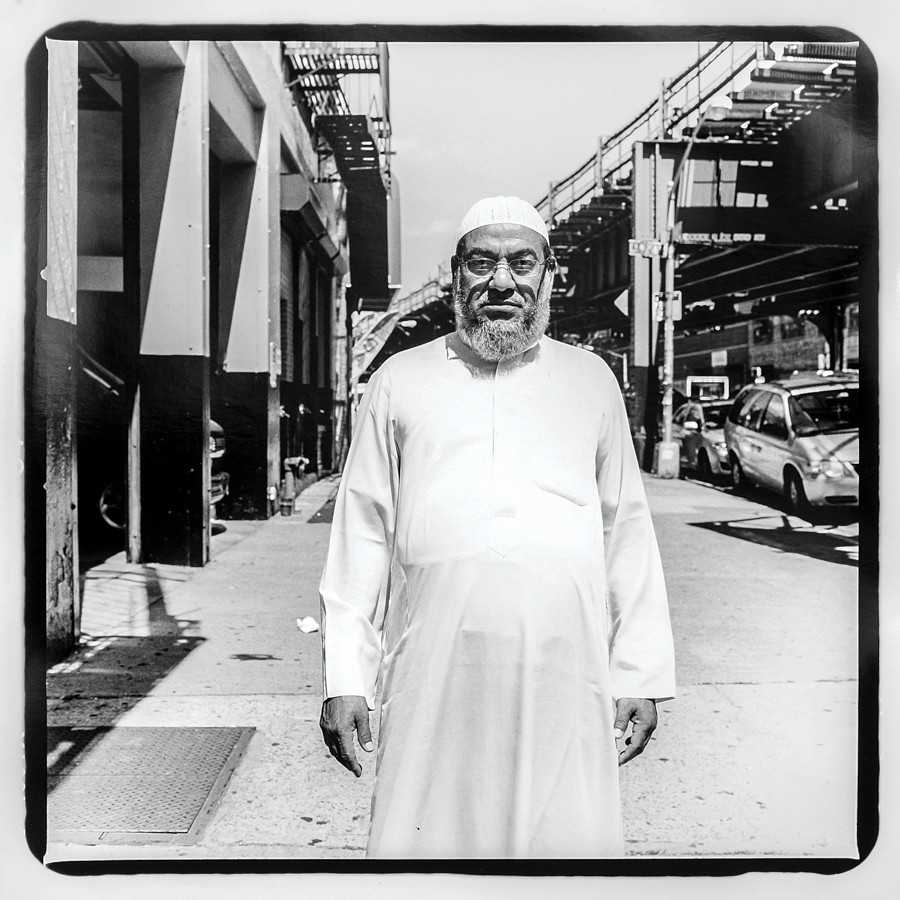 An Imam from the large Muslim community along Jerome Avenue.
Photo by Edwin Torres/Bronx Photo League
Previous Next
By Isabel Angell

An auto body shop on Jerome Avenue might not seem like the most likely place for an art exhibition. But for about two weeks, Vasquez Muffler at 1275 Jerome Ave. will be home to photographers from Jerome Avenue Workers Project, a collaboration between the Bronx Documentary Center (BDC) and the Bronx Photo League.

Michael Kamber, the founder of BDC and the show’s curator, said the Bronx Photo League chose to focus on Jerome Avenue because the city is studying a potential rezoning along two miles of the street. Today, small stores, manufacturing and auto body repair shops dominate the street. But rents have been rising, and rezoning could further change the face of the neighborhood.

“We thought it was a good opportunity to document the community that is there and possibly follow through as the community does or does not change,” Mr. Kamber explained. “People are talking about gentrification and development, but we haven’t seen much documentation. The Bronx Photo League wants to change that.”

The Bronx Photo League consists of 18 Bronx-based photographers who are committed to documenting their borough. Most of them, like Rhynna Santos, grew up in the Bronx.

“I love my borough and I think that our borough is full of history, survival and strength,” Ms. Santos said. “I want to bring light to that, what people ignore.”

Ms. Santos said her goal in the project was to highlight the hard-working women on Jerome Avenue, because the manufacturing facilities and auto shops are mostly staffed by men. She recalled going into the 99 Cents USA store at East 170th Street and seeing the cashier, a woman named Isabel Kahlise.

“I just thought she has so much energy and charisma with her customers. And she had beautiful eyeliner and tattoos, and she smiled at me right away,” she said. “I photographed and interviewed her between customers.”

Ms. Kahlise told her she came to New York from Puerto Rico 24 years ago, and that her son has been able to get a good education in the city. She also explained that the store could be in danger of closing due to rising rents.