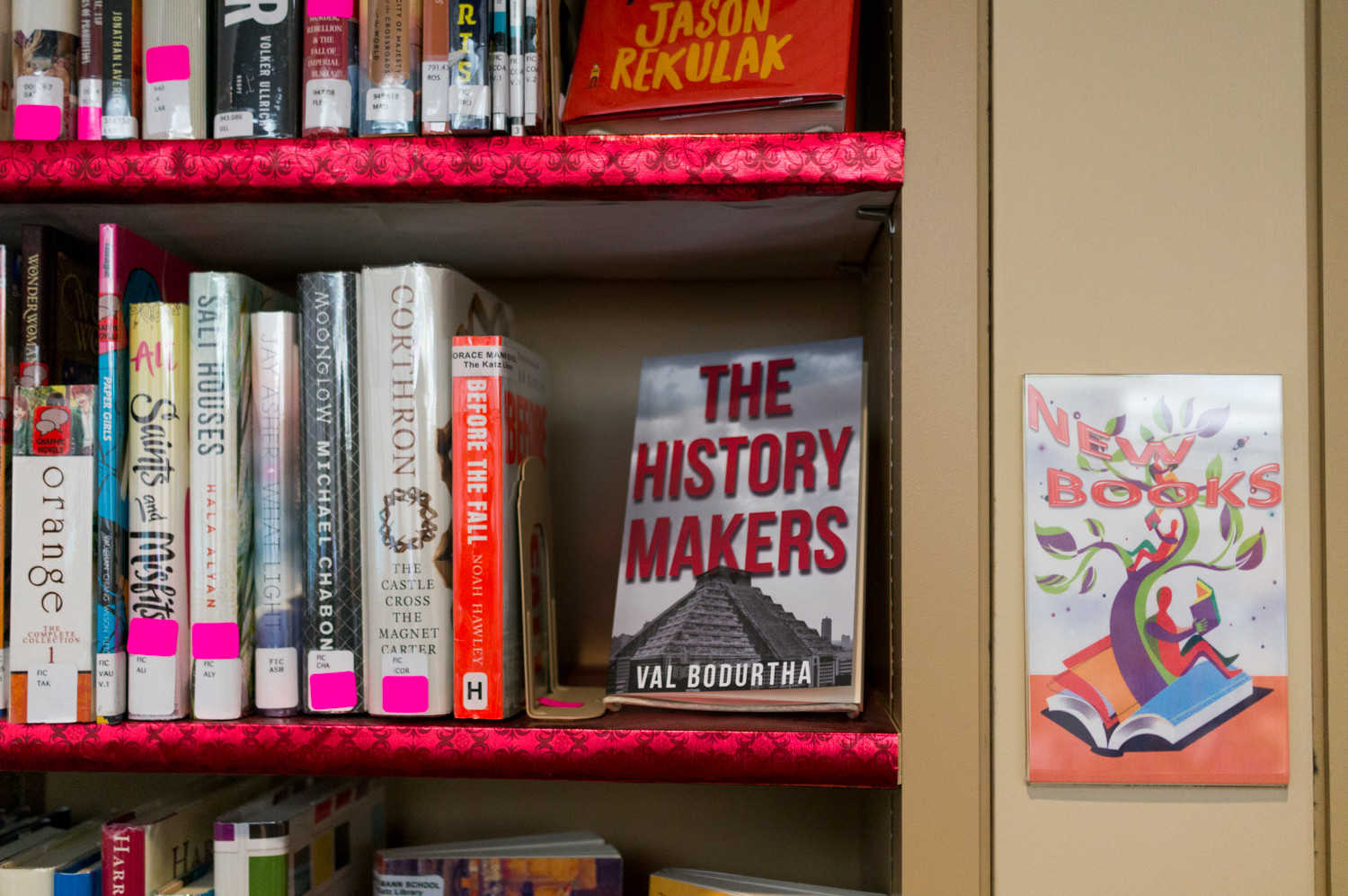 While Val Bodurtha's 'The History Makers' has yet to officially join the catalogue in Horace Mann's library, it will find a home on the new books shelf and later in the sci-fi and fantasy section.
Julius Constantine Motal 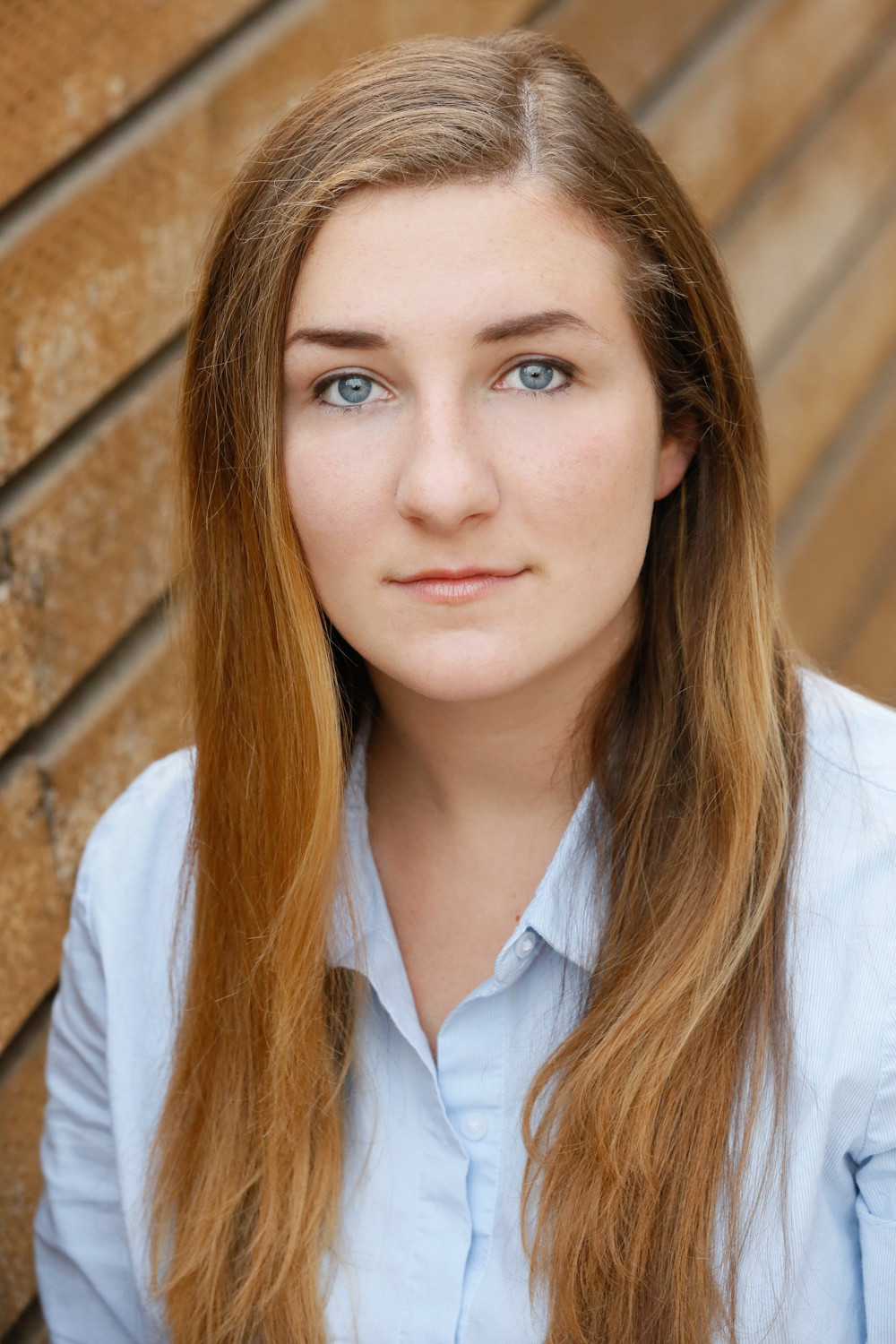 Val Bodurtha did what most would not. She wrote a novel that was inspired by a high school homework assignment. The History Makers tells the story of what the world would be like had Spain never conquered the Aztec Empire.
Courtesy of Val Bodurtha
Previous Next
By Lisa Herndon

It did for Valerie Bodurtha in a way she never expected. The assignment became the basis of her first novel.

Bodurtha, who likes to be called Val, was a senior at the Horace Mann School in 2014 when Susan Groppi asked her Advanced Placement history class to write a short story imagining themselves as citizens in an Aztec or Mayan civilization. Each account had to be historically accurate, but students could be creative, adding their own embellishments.

“I turned in this weird, Aztec modern-day short story about a girl in modern-day Azteca in a world in which the Aztecs world had never fallen to the Spanish,” Bodurtha said.

Not only did Val receive an “A” for the assignment but Groppi suggested it had the makings of a young adult novel and should be developed further. Bodurtha, who called writing a book “a bit of a pipe dream,” challenged herself to do it.

That summer, just before the now 20-year-old started college at the University of Chicago, Bodurtha devoted two hours each day writing what would become “The History Makers.”

Few if anyone had imagined a world where Spain failed to conquer the Aztecs in Mexico in the 16th century. It was way to give a unique spin to an alternative history, introduce young adult readers to a period in history not always covered, and share her passion for the subject.

Bodurtha enjoyed books with an alternative history, citing Philip Roth’s “The Plot Against America,” set in a world where Franklin Roosevelt lost the 1940 election to famed aviator Charles Lindberg — an alleged isolationist and Nazi sympathizer — as one of her inspirations.

“I’m hoping to increase awareness of Aztec history, and I think this is a cool way to make it more acceptable to a younger audience,” Bodurtha said. “We don’t really cover the Aztecs that much in history class. I think they have such a rich, incredible history and mythology. I hope kids will be interested in it after the book is finished.”

Bodurtha initially wasn’t doing well academically, and met with her teachers one-on-one to help improve her skills. From Kalil Oldman, her history professor, she learned how to write an essay. Groppi’s world history class sparked her love of Aztec and Mayan culture.

“They had this infectious, contagious enthusiasm that I learned from,” Bodurtha said. In “The History Makers,” Oldham and Groppi are amongst a host of teachers she thanked for giving her the skills and inspiration to write the book.

Bodurtha won BookLogix’s 2015 Young Writers Contest, and the company published her novel after submitting her work to 70 literary agents who turned down the manuscript, she said.

The New York Post named “The History Makers” as one of its “must reads” for last summer.

Bodurtha also writes poetry and short stories. She is a stand-up comedian and performer. One of her Off-Broadway plays, “What Really Happened” — a retelling of pivotal events throughout history — was recognized by Scholastic magazine’s national writing competition and featured at a worldwide play festival that comedian David Letterman’s company sponsored in 2014.

In Chicago, Bodurtha is a member of Off-Off Campus, the oldest collegiate sketch and improv troupe in the country, according to her website.

Bodurtha, who plans to pursue a career in writing after college, has some advice for new writers.

“Expecting the first thing you write to be James Joyce is honestly the No. 1 killer of writing early on,” she said. “Appreciate everything you write, and it’s OK if it’s not perfect. Just put it out there.”