A vote for the right to a much cleaner environment 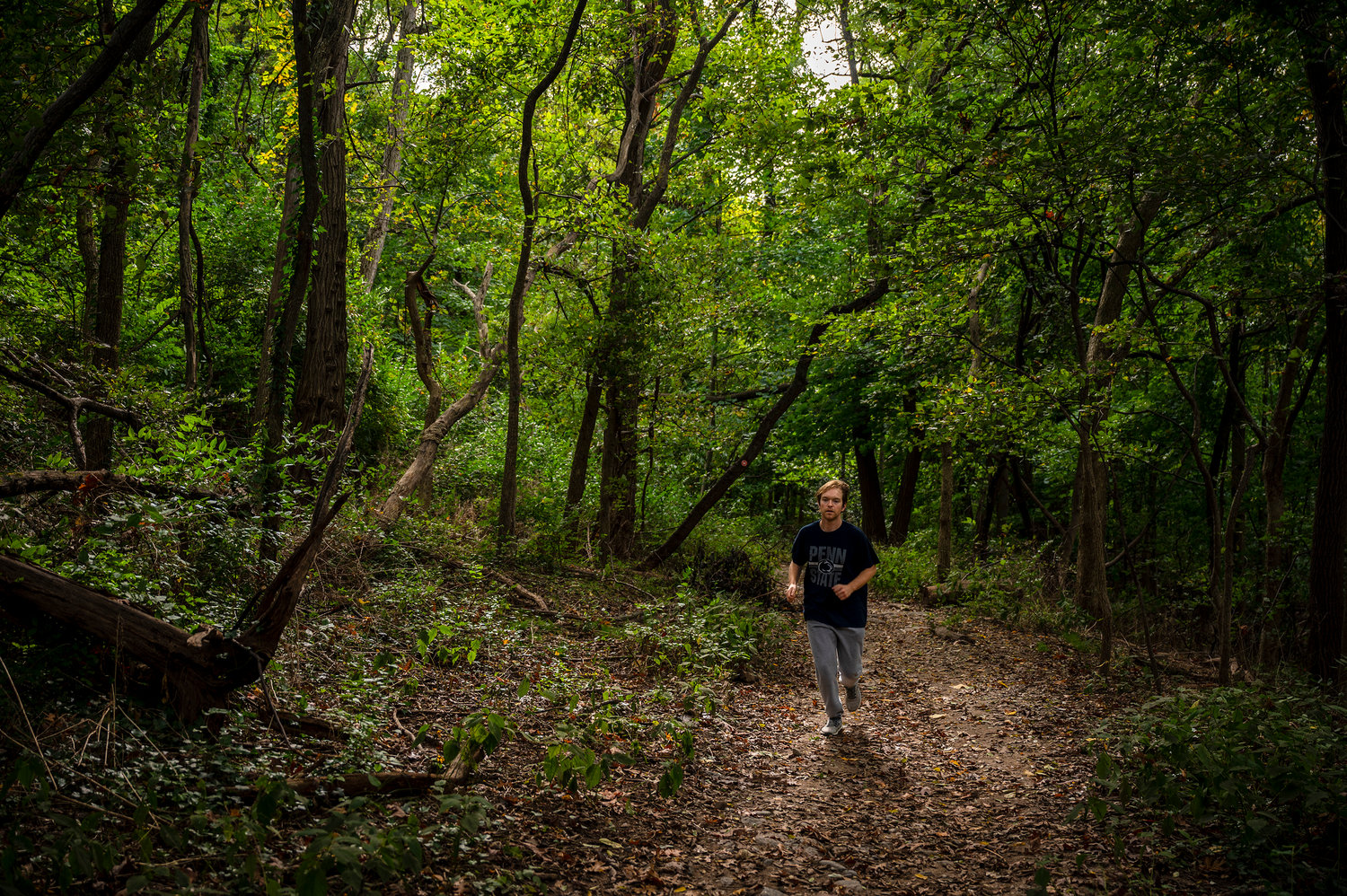 New York voters will have the chance to weigh in on five ballot proposals Nov. 2 that, if passed, would amend certain parts of the state constitution. Voting yes on the second proposal is intended to give anyone living in the state the right to clean air, water and a healthy environment.
HIRAM ALEJANDRO DURÃN 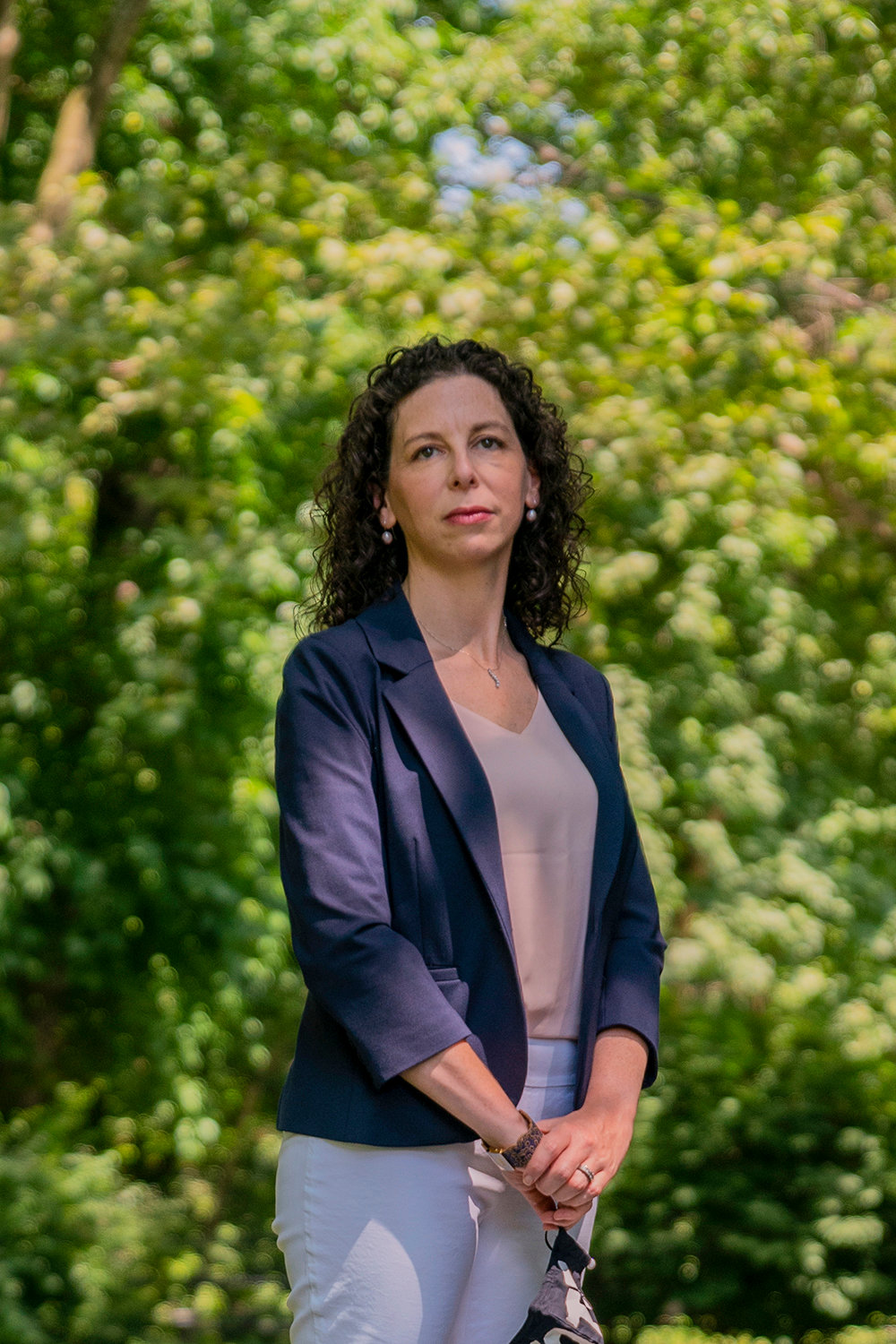 Having a constitutional right to clean air, water and a healthy environment could allow Bronx residents to demand a cleanup of the borough’s asthma alleys, says environmentalist Jessica Haller. Voters have the choice of whether to add these rights to the state constitution as part of a series of referendum votes Nov. 2.
HIRAM ALEJANDRO DURÃN/ File
Previous Next
By ETHAN STARK-MILLER

When voters go to the polls on Tuesday, it will have been nearly two months since the city was battered by the remnants of Hurricane Ida.

The storm left 11 people dead, flooded basement apartments in the East Elmhurst section of Queens and other places, and submerged vehicles on the Kingsbridge stretch of the Major Deegan Expressway.

Fortunately, voters can protect the state’s environment and possibly help prevent future storms like Ida by voting “yes” on the second proposal that appears on the flip side of their Nov. 2 election ballots. At least that’s what advocates for the measure say, adding it would amend the state constitution to give each resident the right to clean air, water and a healthy environment.

The second ballot proposal is very straightforward, said Jessica Haller — an environmentalist and former city council candidate — especially when compared to the proposal immediately above it, intended to amend several aspects of the state’s redistricting process.

“What’s so funny is, if you look at the state website about the ballot proposals, Ballot Proposal 1 is really complicated,” Haller said. “There’s a lot there.. “And Ballot Proposal Two … it’s very elegant and simple. The right to clean air, clean water and a healthful environment.”

Haller’s thrilled this proposal is on the ballot. In fact, it was the desire to fight for these basic rights that inspired her to leave the private sector and become and environmentalist 15 years ago.

The benefit of having these rights enshrined in the state constitution, Haller said, could let people demand clean air and water with legal backing.

“It takes the requests and the pleading for years to clean up the air in all of the asthma alleys,” Haller said. “In the Bronx, in Queens, in Brooklyn, in Midtown Manhattan, and say, ‘I have the right to clean air. Which means you don’t have the right to idle your diesel truck in front of my house, my apartment, my school.’”

According to Peter Iwanowitz, executive director of Environmental Advocates New York, passing this amendment will be especially useful when people seek legal recourse from private companies for environmental degradation.

“They can go to government and say, ‘Listen, my drinking water has been contaminated and the company should be held to account,’” Iwanowicz said. “‘In fact, I’m going to urge you to do everything you can to hold the company to account. If you don’t, I believe you’ll be violating my and my family’s right to drink clean water.’”

In addition to increasing accountability, Iwanowicz hopes giving people this constitutional right will encourage companies not to pollute in the first place.

“When this right gets added to the constitution, you won’t see companies proposing building chemical plants next to drinking water, intake wells, etc.,” Iwanowicz said.

Having this law on the books, Iwanowicz added, may also give the state more tools to mitigate the effects of climate change.

“This amendment gets to that issue, because the climate crisis we’re in right now is not a healthy environment,” Iwanowicz said. “So yeah, this right speaks to a safe climate as well as it speaks to clean air and clean water.”

According to a published report, however, not everyone is a fan of this proposal. Republicans in the state legislature as well as some business organizations are encouraging voters to reject the ballot proposal.

They’re reportedly concerned for a couple of reasons. First, they say the short and simple language of the amendment makes it too open to interpretation by the courts. And second, they claim it could stifle businesses by making them more prone to lawsuits, while not actually doing much to protect the environment.

“Aren’t we all for clean air and clean water?” state Republican Party chair Nick Langworthy recently asked Spectrum News’ “Capital Tonight” program. “This is an unnecessary change to our constitution, and it strikes me that this is boondoggle for trial lawyers.”

But, Haller says — based on her knowledge of the business world from her time as an entrepreneur — she thinks adding a constitutional right to clean air and water wouldn’t hurt economic growth in New York. Why? Environmental degradation is something that will cost companies considerable money one way or the other.

“If you are a business manager in today’s world or in the last 20 years, you have got to think about the impact of two things,” Haller said. “One is of the environmental degradation and devastation impacting your business and the people that your business serves. And two, the impact of regulation. And if you’re a Darwinian businessperson who’s fully capitalist and just looking out for the sake of the business, and you haven’t thought about that, well then your business is going to suffer.”

A healthy environment would be a big economic driver for the state, Iwanowicz said. Businesses need clean water, and a polluted environment will make it harder to attract out-of-state employees.

The other three proposals voters will see on their Nov. 2 ballots would allow for same-day voter registration, making it easier to get an absentee ballot, and increasing the jurisdiction of civil court judges in New York City. The last of these is the only proposal to receive unanimous support in the legislature because it will reduce the case load for state Supreme Court judges.

After traveling around the state and promoting the second ballot proposal for the past four years, Iwanowicz says he’s come across many who didn’t know this wasn’t already in the state’s bill of rights. And now they’re enthusiastic to vote for it.

“When you start to tell them what actually is in the New York state bill of rights, people are even more flabbergasted,” he said. “Like it’s written in our bill of rights that people have the right to host and play games of chance like bingo. So, I think it’s more motivation for people to go out and say, ‘I think a right to clean air and clean water is on par with bingo. So, let’s add it to the constitution.’”