A win, a loss, a ‘surreal’ life experience for Jaspers 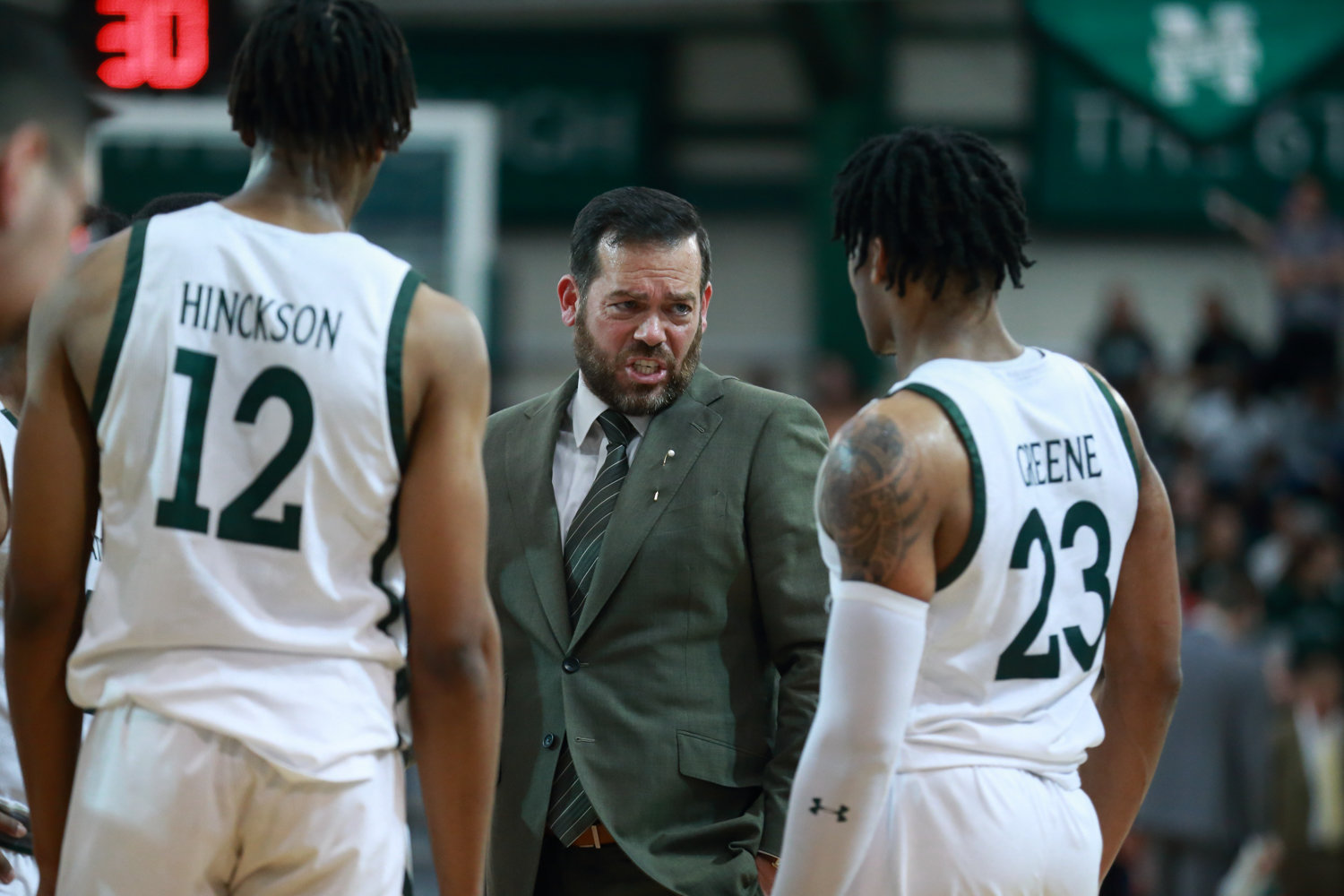 Manhattan head coach Steve Masiello learned it was not all about wins and losses at the MAAC tournament last week in Atlantic City.
Courtesy of Manhattan College 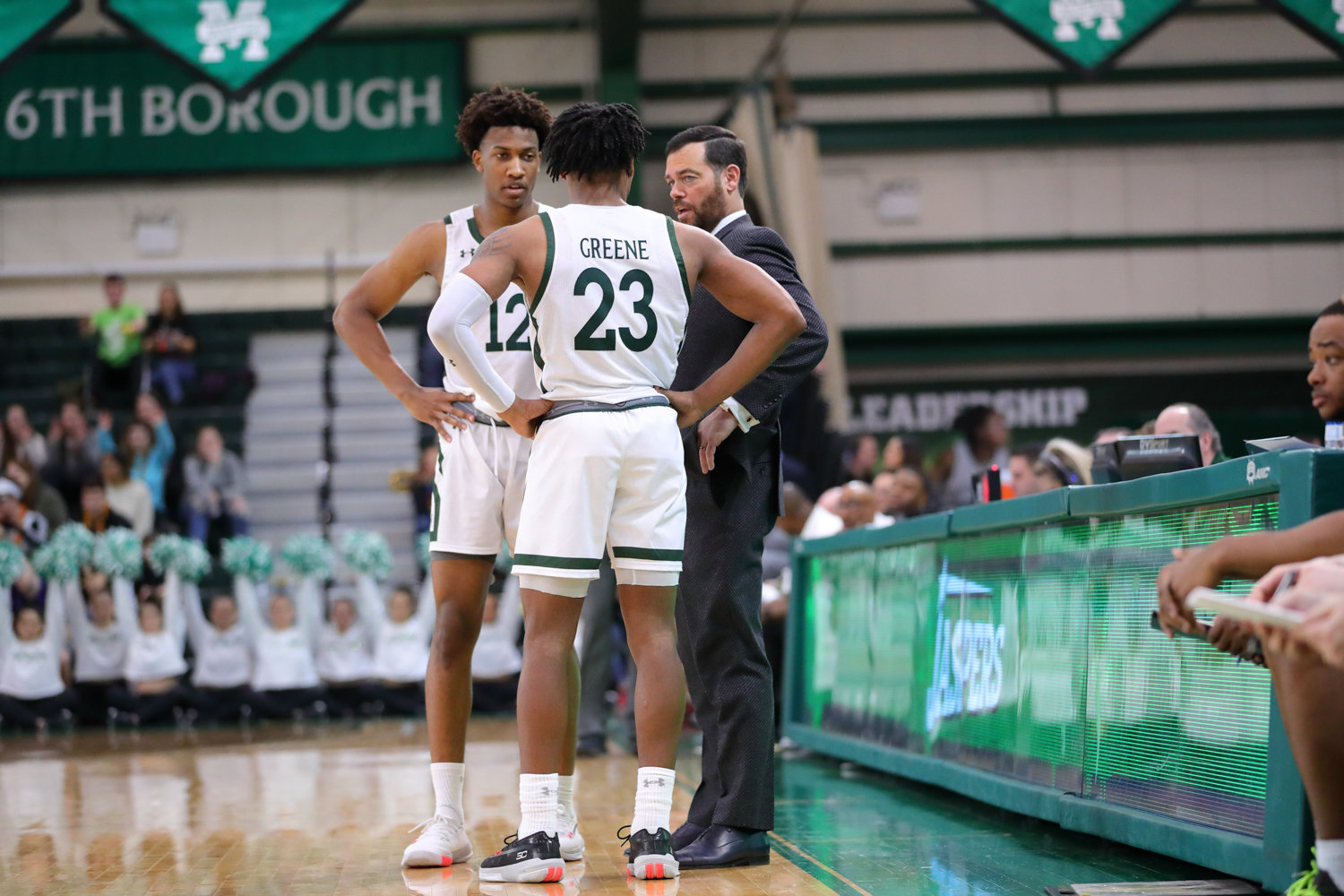 Manhattan head coach Steve Masiello called last week’s MAAC Tournament ‘eerie’ and ‘surreal’ when the tourney was canceled due to the coronavirus pandemic.
Courtesy of Manhattan College
Previous Next
By SEAN BRENNAN

It was early afternoon on Thursday and Manhattan head coach Steve Masiello and his Jaspers were still feeling the sting of their season-ending loss to Siena the night before.

The Jaspers’ stay in Atlantic City for the Metro Atlantic Athletic Conference tournament lasted two days. It saw Manhattan first post a 61-43 victory over Fairfield in an opening-round game last Tuesday night before Siena put the cap on the Jaspers’ season with a 63-49 victory the next evening.

But then came Thursday and the two words Masiello used to describe the scene inside Boardwalk Hall Arena: “eerie” and “surreal.” The coronavirus pandemic already had seen numerous conferences shut down their postseason tournaments, but the MAAC was still in play Thursday afternoon. Yet everyone knew it was just a matter of time before they, too, would pull the plug.

And that decision came just after the Rider-Niagara women’s game was completed, and just before Manhattan’s women’s team was set to face Quinnipiac.

“I think when you saw what the Ivy League did (in canceling its tournament), I think the initial reaction from everyone was, ‘Wow, that’s crazy,’” Masiello said. “I still don’t think anyone knows what the details and the severity of this look like. But I don’t think any of us thought on Monday that we’d be canceling conference tournaments and the NCAA Tournament by Thursday. I just don’t think that was a realistic thought in anyone’s mind on Monday morning.

“But when you started seeing all the other tournaments start to go, you knew the domino effect was happening.”

Ordinarily when a team is eliminated from a postseason tournament, they  pack their bags and immediately head home. But Masiello chose to keep his team in Atlantic City last Wednesday night, feeling it was the safer option for all involved as more and more cases of the virus that causes COVID-19 were discovered in New York.

“We played that 7 o’clock game Wednesday night and we got out of the arena maybe by 9:30 or 10 o’clock,” Masiello said.

“So we went back (to the hotel) and I kind of had a decision to make. Why were we going back to where there are a lot of people diagnosed with this? New Rochelle was kind of a big center for this virus, and New Jersey, at the time, didn’t have a lot of known cases. I was trying to buy time, so we stayed the night.”

Thursday, the Jaspers’ plans were to take in the Manhattan women’s game and then make their way back to Riverdale. But that plan blew up by early Thursday afternoon.

“That’s when they decided to cancel the whole tournament,” Masiello said. “So we got on the bus and headed back.”

The ride home through New Jersey was also unusual — and unsettling.

“Coming back, the roads were clear. There was very little traffic,” Masiello said. “It almost felt like a Sunday, and you forgot it was a Thursday at rush hour.”

Once the Jaspers arrived back on campus, there was more work to be done. With the school now shuttered, Masiello’s players had to pack to head home.

And in some cases, that was no easy task, especially international students like junior Michael Okafor from Canada and freshman Alex Scariolo from Spain.

“We had to coordinate their travel,” Masiello said. “And we have other guys who don’t live in the tri-state area who needed to get on a flight and go places. So our priority was to make sure my players were safe and in good situations. And we had to do that for each guy.”

Masiello used the pandemic as a teaching tool for his young team in these challenging times.

“‘Perspective’ is the word because you go from being really upset from losing (to Siena) and you’re crushed over that,” Masiello said. “But then, within eight hours, you’re looking at a worldwide epidemic, which is probably a once-in-a-lifetime situation. So your lens changes quickly in understanding how important health and family and loved ones are.”

From the time they arrived in Atlantic City to the time they returned to Riverdale, Masiello said it was quite a rollercoaster of events and emotions. And it’s a three-day period he and his Jaspers will not soon forget.

“It was a lot in a 60-hour window. A lot for all of us,” Masiello said. “But how you manage and navigate and lead in those moments, I think, are very important and defining moments for young people, and for us as coaches.”