A year too late? Aftermath of an expulsion 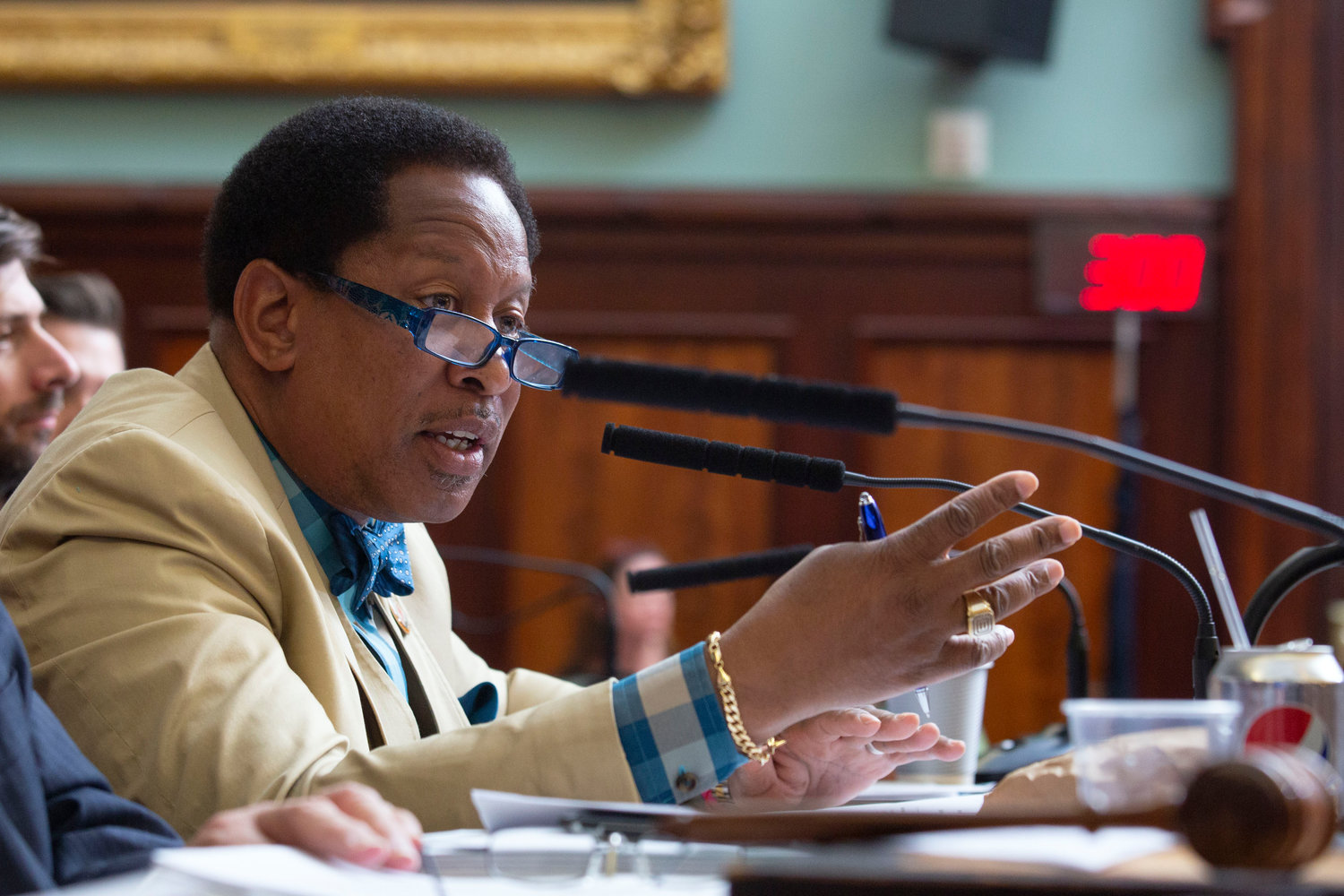 Andy King, who formerly represented parts of the east Bronx on the city council, was expelled by his colleagues last week after an investigation report by the council’s ethics committee were released. The expulsion was the first since at least the mid-1980s.
Courtesy Official NYC Council Photo 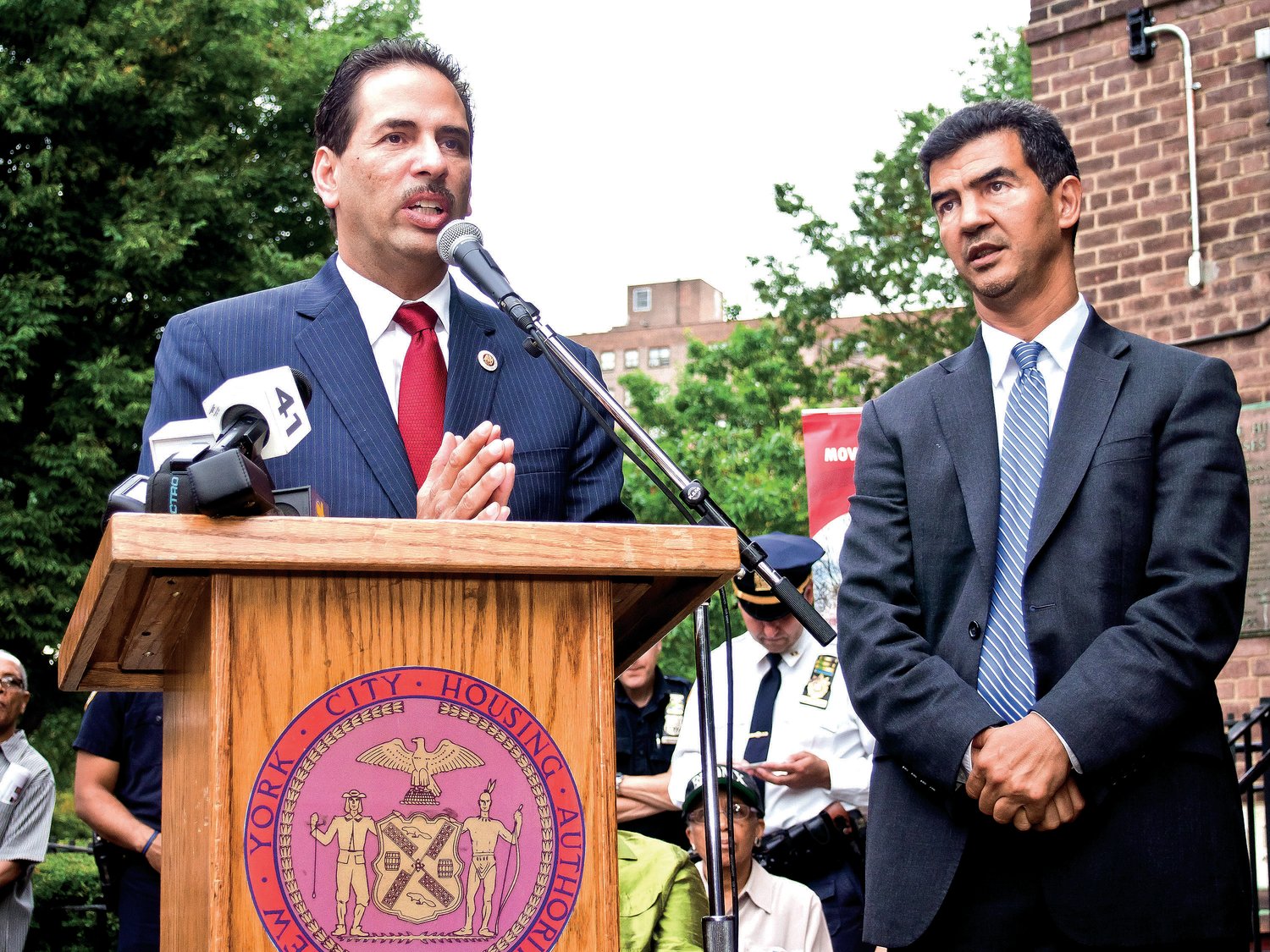 Former Bronx councilman Andy King was expelled last week by a 48-2 vote. But last year, during a similar vote, many council members — including Andrew Cohen and Fernando Cabrera — voted against expelling King, although they did vote in favor of suspending King and implementing certain restrictions on the rest of his time in office.
OSJUA A. NEWTON / File 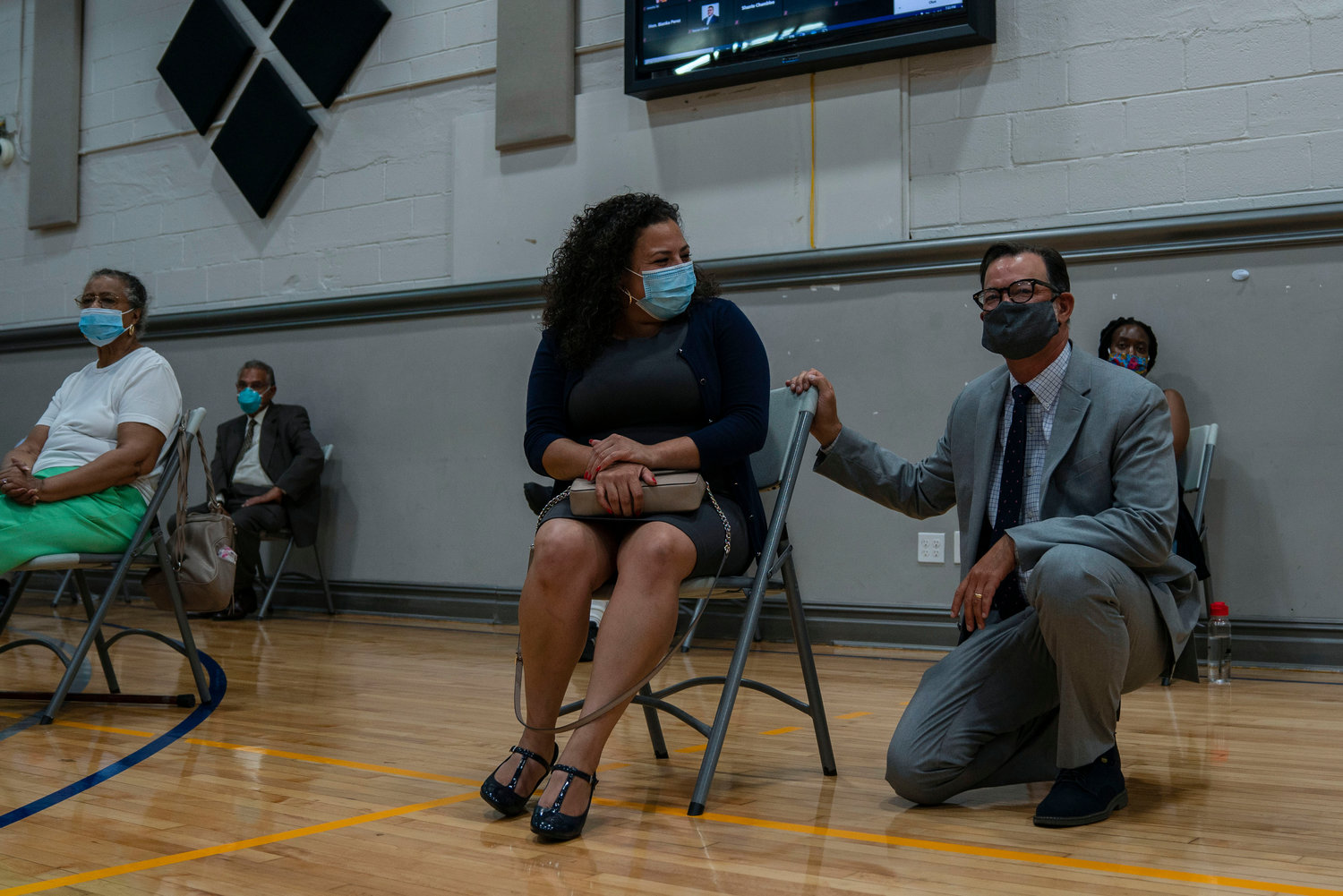 Andrew Cohen was one of a dozen council members voting against expelling colleague Andy King after an ethics investigation last year. But last week, after a separation into further ethics violation, Cohen said the way King treated his staffers was ‘absolutely disqualifying,’ and voted to expel him.
HIRAM ALEJANDRO DURÁN / File
Previous Next
By KIRSTYN BRENDLEN

It was a historic vote — not in the sense of being over a landmark issue, but instead simply because it was making history. For the first time since at least the mid-1980s, the city council voted to expel one of its own.

Andy King, who had represented parts of the east Bronx, was removed from office in a 48-2 vote after the council’s ethics committee released a report detailing his alleged harassment of employees, including telling one who asked to go to the emergency room for polycystic ovarian syndrome to “put a Band-Aid on it” while reportedly asking another staffer for $2,000.

King’s council seat has been in jeopardy before. He first faced investigation in 2018 after an employee accused him of sexual harassment, which reportedly prompted King to undergo sensitivity training.

The following year, King was accused of intimidating and retaliating against his staff who cooperated with the first investigation — and of allowing his wife to use her own email and King’s email to give instructions to those who worked for him. King also reportedly told members of his staff to send invitations and RSVPs for his daughter’s wedding in St. Thomas. At least one staffer was allegedly given money by King to attend the wedding.

King faced a disciplinary vote last fall where he was suspended for 30 days and levied a $15,000 fine. The council said it would assign a monitor to observe his operations for the rest of his time in office, ensuring staff members were being treated fairly.

The council overwhelmingly approved those measures at the time, which just one vote against. But another move later that day to expel King from the council entirely failed 34-12.

Among those who voted against expulsion last year were two councilmen representing this part of the Bronx — Andrew Cohen and Fernando Cabrera. Both are term-limited — Cohen is leaving his seat early at the end of this year to become a Bronx supreme court judge, while Cabrera is running to succeed Ruben Diaz Jr., as Bronx borough president.

Both voted with the majority this time around to kick King from the council.

Before that vote, King read a statement he said was from a constituent defending his actions — questioning whether someone sitting on the five-member ethics committee had a grudge against the beleaguered councilman. He said he had been “thrown under the bus” by a former staffer.

“That started the whole campaign against me to make my life challenging in the city council,” King said. “Politics do kick in. Politics kick in, and someone doesn’t find favor or flavor with you, then you are at the mercy of those politics.”

His explanation didn’t appear to change the minds of his colleagues, who cast their votes via videoconference.

Before submitting his “aye” vote, Cohen explained he felt terrible about what King’s staff had been through, and terrible for his constituents, who will be without representation in the council through the end of the year.

Within days, Mayor Bill de Blasio scheduled a special election to fill King’s seat Dec. 22. Whoever is elected will serve until the end of December 2021.

If anyone should replace him, King believes it should be a former staffer of his — Brian Melford, who announced his candidacy Oct. 10 with King by his side.

“I feel terrible about what the staff members have had to go through — the harassment, intimidation, and mistreatment of staffers detailed in the report are horrifying and absolutely disqualifying,” Cohen told The Riverdale Press in an email. “I am grateful to the courageous survivors that came forward to speak out at great personal risk and the standards and ethics committee for their dedicated work and thorough investigation.”

Cabrera’s office did not return a request for comment.

While Cohen voted no on expulsion last year, his change of heart this year was based on the “totality of substantiated charges” over the years, including new offenses detailed in the 2020 report and King’s repeated attempts to get around the disciplinary process.

King did not pay the $15,000 fine levied against him last year. And, after some prompting from the council, only agreed to pay $300 per month, according to the report, which would not have paid the full amount by the end of his term.

Some, including state Sen. Alessandra Biaggi, accused him of violating his suspension after he posted on social media and appeared at events with other elected officials during the time he was supposed to be reflecting on what happened away from his duties.

“I’ve seen enough,” Biaggi tweeted last November. “Andy King clearly violated the spirit of his suspension (at the very least), and shows no remorse. This is what hurts the Bronx. It’s time for him to go, and I encourage my colleagues in government to demand the same.”

Cohen said he had “tremendous confidence” in the five members of the ethics committee, and said that after reviewing testimonies and evidence and extensive deliberation, they had unanimously decided on “some of the strongest sanctions and penalties in council history.”

“That is meaningful to me,” Cohen said. “I voted then and now with my belief in the seriousness and integrity with which they continue their work protecting the staff and constituencies served by the council and their commitment to holding those who have taken the oath of office to the highest standard.”