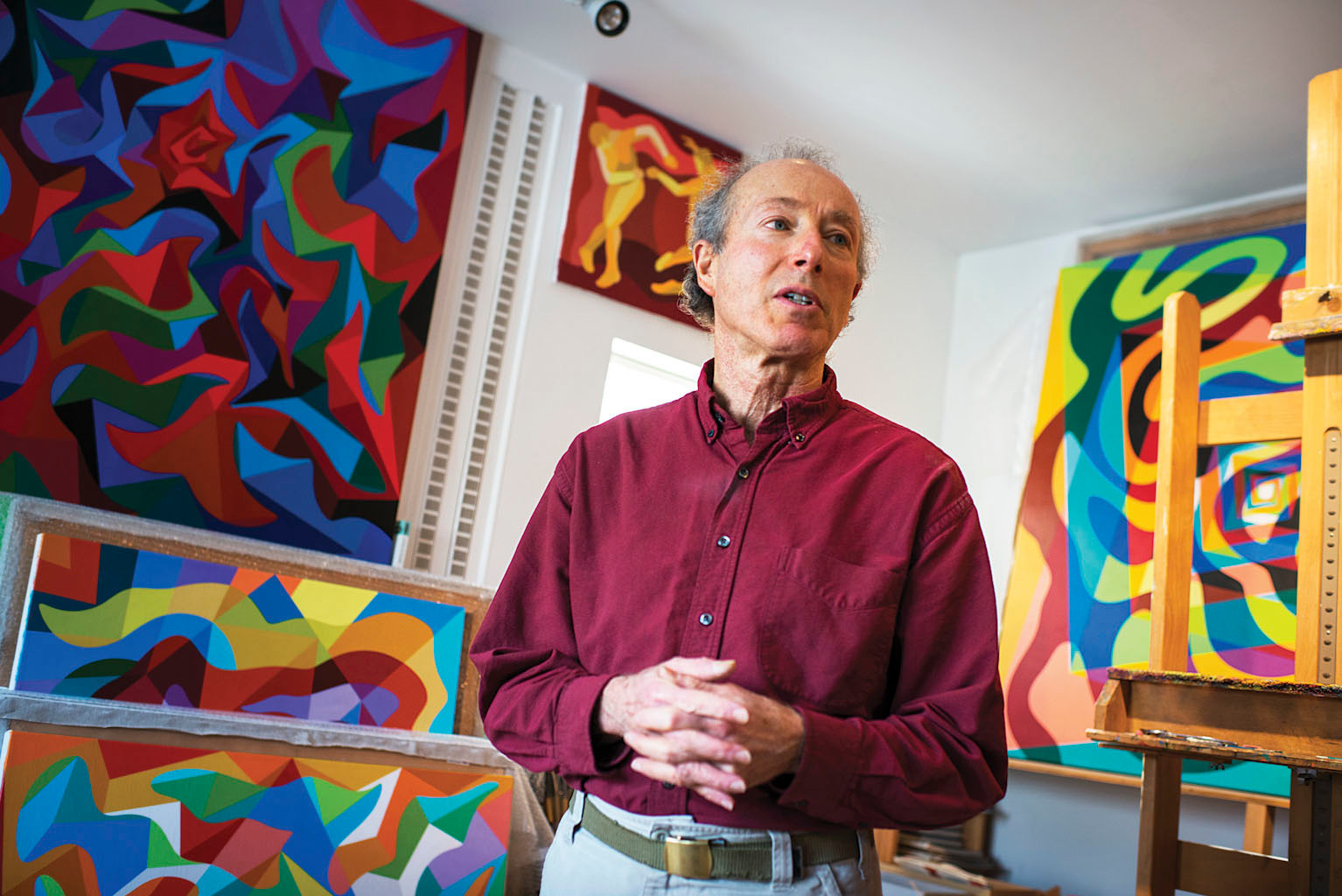 Painter Matthew Turov at his home studio in Riverdale on Jan. 9, 2015
Photo by Adrian Fussell 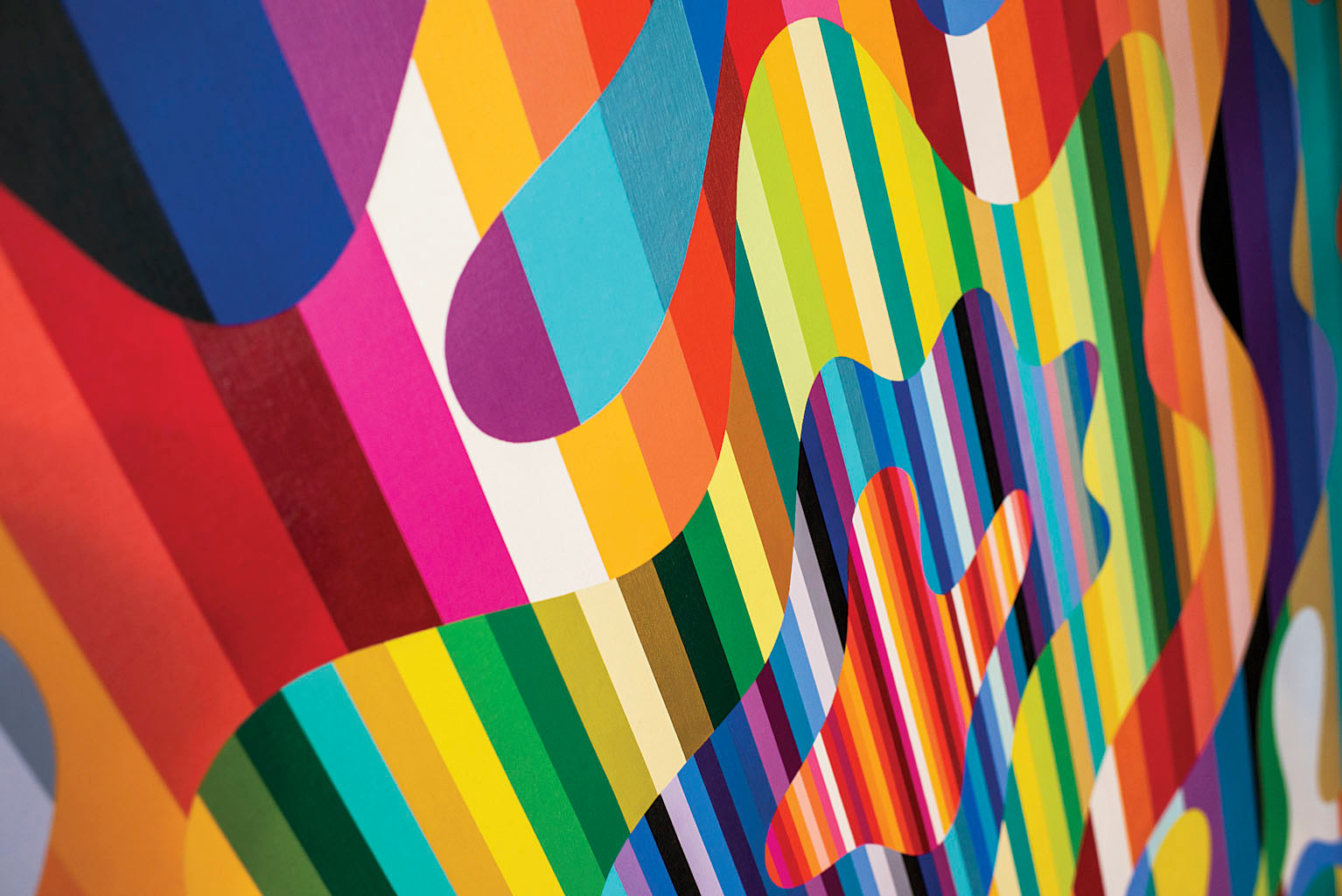 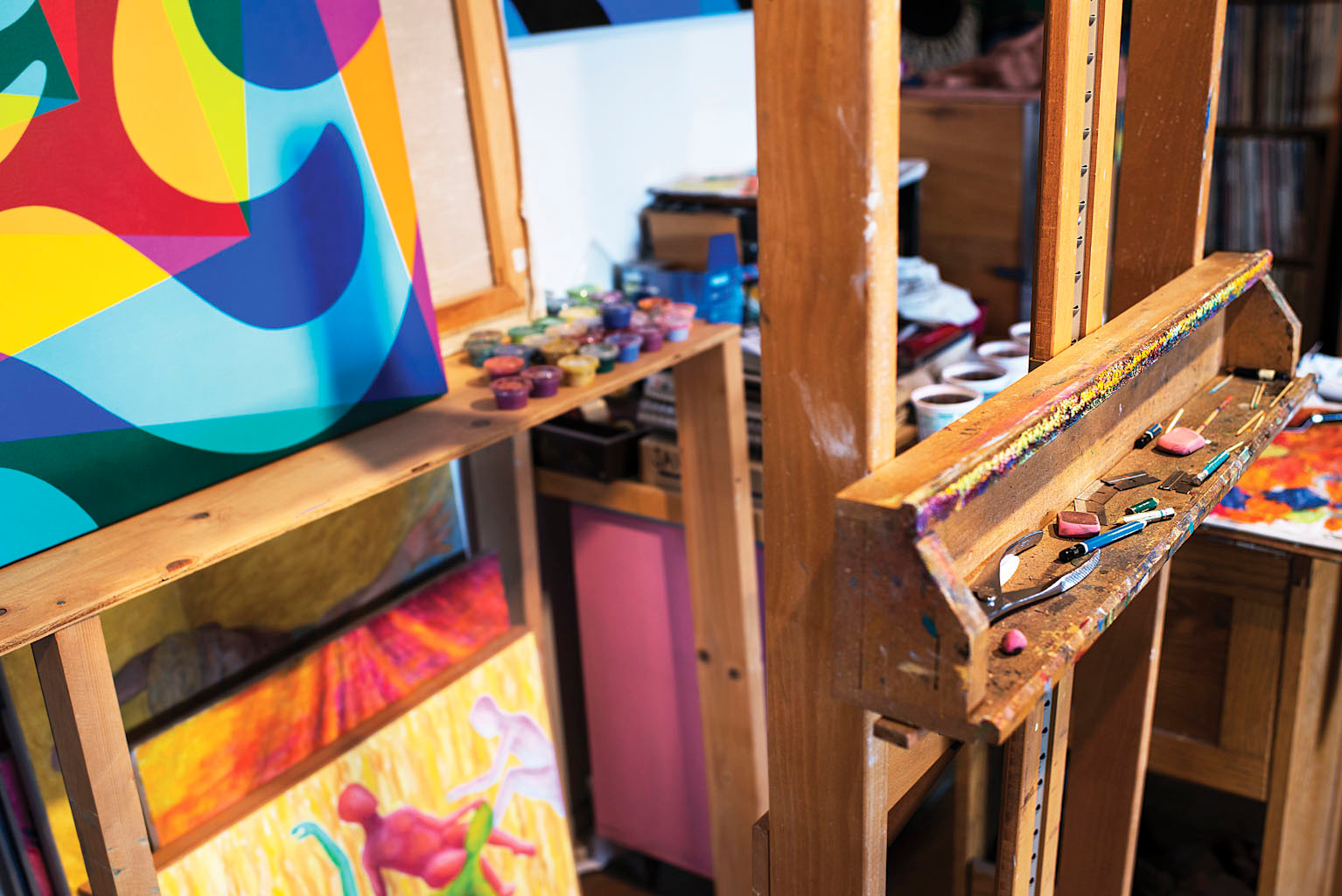 A detail of Riverdale artist Matthew Turov's work area on Jan. 9, 2015
Photo by Adrian Fussell
Previous Next
By Maya Rajamani

While taking his painting “Swirling Octagon Vortex” to a show in Brooklyn in 2012, Riverdale artist Matthew Turov had a scare when the painting fell off an SUV transporting the work and onto the Major Deegan Expressway.

Mr. Turov sprinted onto the Deegan to rescue the work — but not before it was run over  by a truck.

“Luckily, I had packed it really carefully,” Mr. Turov said, pointing out the colorful, abstract painting, aptly described by its name. “The wood cracked and the blanket had shredded, but the painting survived.”

“Swirling Octagon Vortex” is now stowed safely in his home studio off of West 259th Street. But another work, called “Shifting the Blues,” will be on view at the Blue Door Gallery, located at 13 Riverdale Ave., until Saturday, Feb. 7, part of the gallery’s seventh annual members’ exhibition.

While there is often a distinction between abstract painting and figure painting, the two merge in Mr. Turov’s works.

Spatial and color relationships fascinate him, along with what he describes as “the beauty of human form, which is endless.”

“I didn’t have to stop being an abstract painter,” Mr. Turov said of his transition into figure drawing at various studios. “I could work with figures and continue doing abstract forms.”

The painter, who works primarily with acrylic on canvas and occasionally with oil paint, delved into art when he was 19. Though he did administrative work and temp jobs over the years, painting has been his life’s work and passion.

In the 1970s, he attended the Art Students League of New York at West 57th Street. After that, he went on to Hunter College, where he focused on color theory. “I learned a lot there,” he said.

From a young age, Mr. Turov was fascinated by both stylized Egyptian art and the aesthetics of the Italian futurists, who focused on technology and the zeitgeist of the 20th century.

“I love these two ideas of eternal stillness and constant, perpetual movement,” he said.