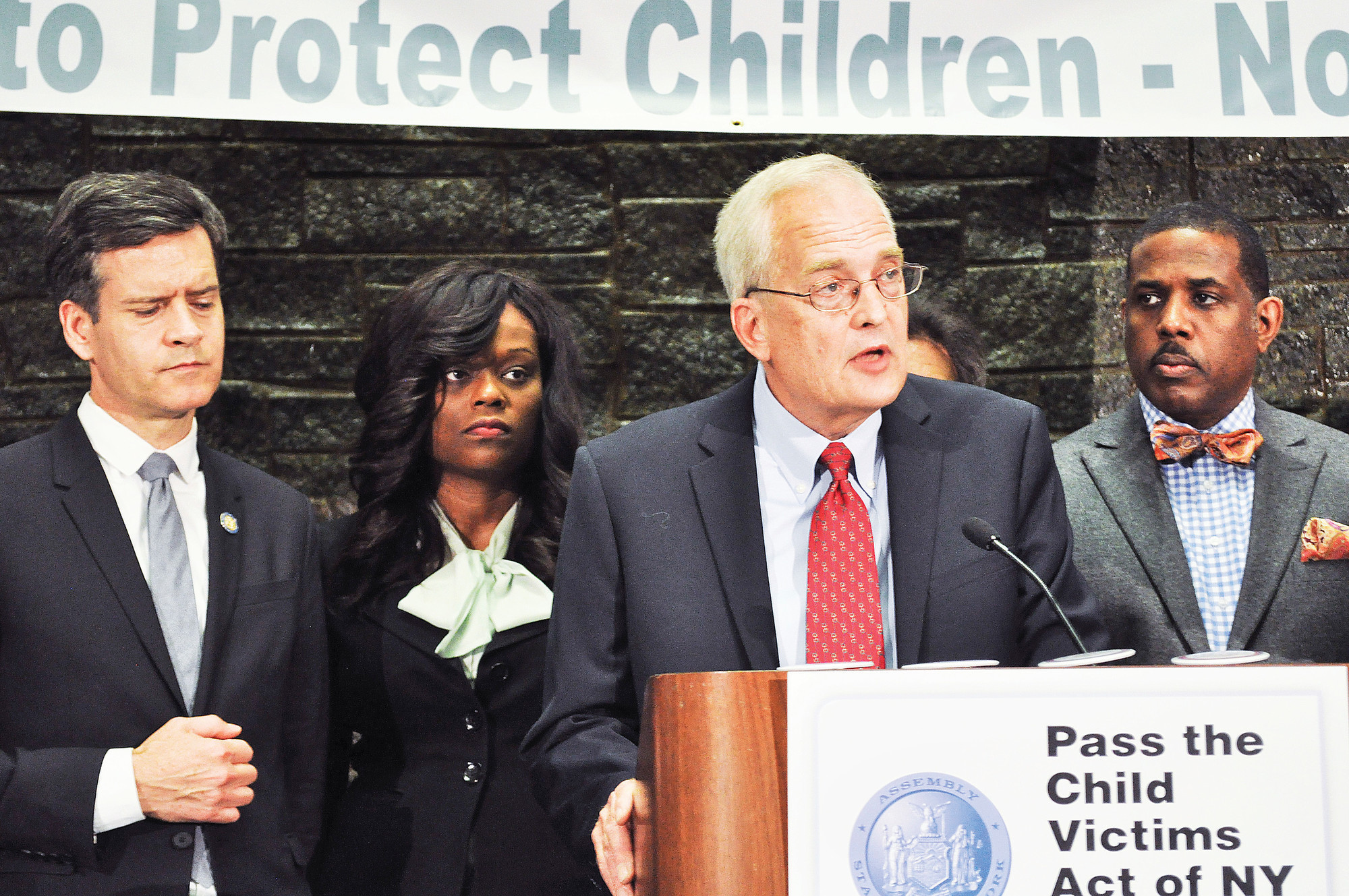 Dozens of activists from throughout the state descended on Albany on April 22 to demand passage of the Child Victims Act, a long-stalled bill that would eliminate the criminal and civil statute of limitations for child sexual abuse and create a one-year window for past victims to seek justice.

“The current SOL [statute of limitations] prevents the arm of the law from extending beyond the walls of institutions like Horace Mann that conceal and cover up sexual abuse and discourages victims from reporting enduringly hurtful crimes,” said Peter Brooks, a leading organizer for the Horace Mann Action Coalition (HMAC). The group has sought justice over decades of sexual abuse perpetrated by faculty members against more than 30 students.

Mr. Brooks attended the activists’ day along with Kevin Mulhearn, a lawyer who previously represented six Horace Mann graduates in settlement negotiations with the school, and Dan Miller, an organizer for the Hilltop Cares Foundation, a charitable group for survivors of sexual abuse at the prestigious school.

Since revelations of the abuse emerged about three years ago, Mr. Brooks and other activists have strongly criticized administrators, saying they helped cover up the crimes over the years. Speaking through a communications firm, Horace Mann School declined to answer whether it supports the Child Victims Act and related questions.

New York’s criminal and civil statute of limitations for sexual abuse of minors is five years after the victim turns 18. As survivors started to come forward in 2012, the Bronx District Attorney’s office said the limitations prevented it from prosecuting any of the perpetrators.

“Justice requires we remove the perverse incentive the current statute of limitations provides to schools to silence reporting at the very time when it would be most effective,” Mr. Brooks, a Horace Mann graduate who grew up in Riverdale and currently lives in New Jersey, said in the cavernous well of the state’s Legislative Office Building.