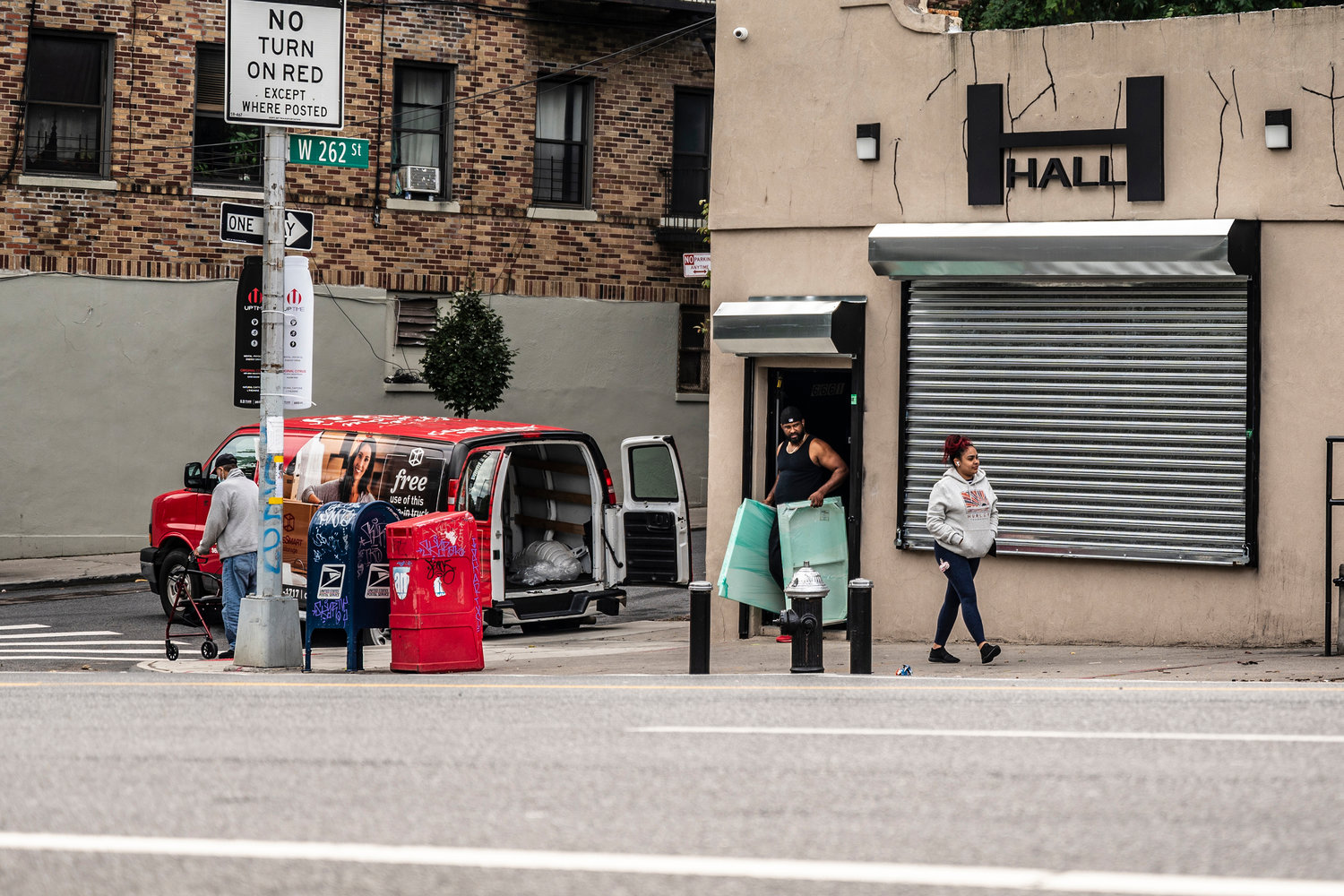 Open Hearts Northwest Bronx hopes to welcome North Riverdale’s newest residents in 2023 when a proposed men’s homeless shelter is set to open at 6661 Broadway. The group of volunteers want to provide additional services beyond what the city already offers, including food and clothe drives.
HIRAM ALEJANDRO DURÁN/ File 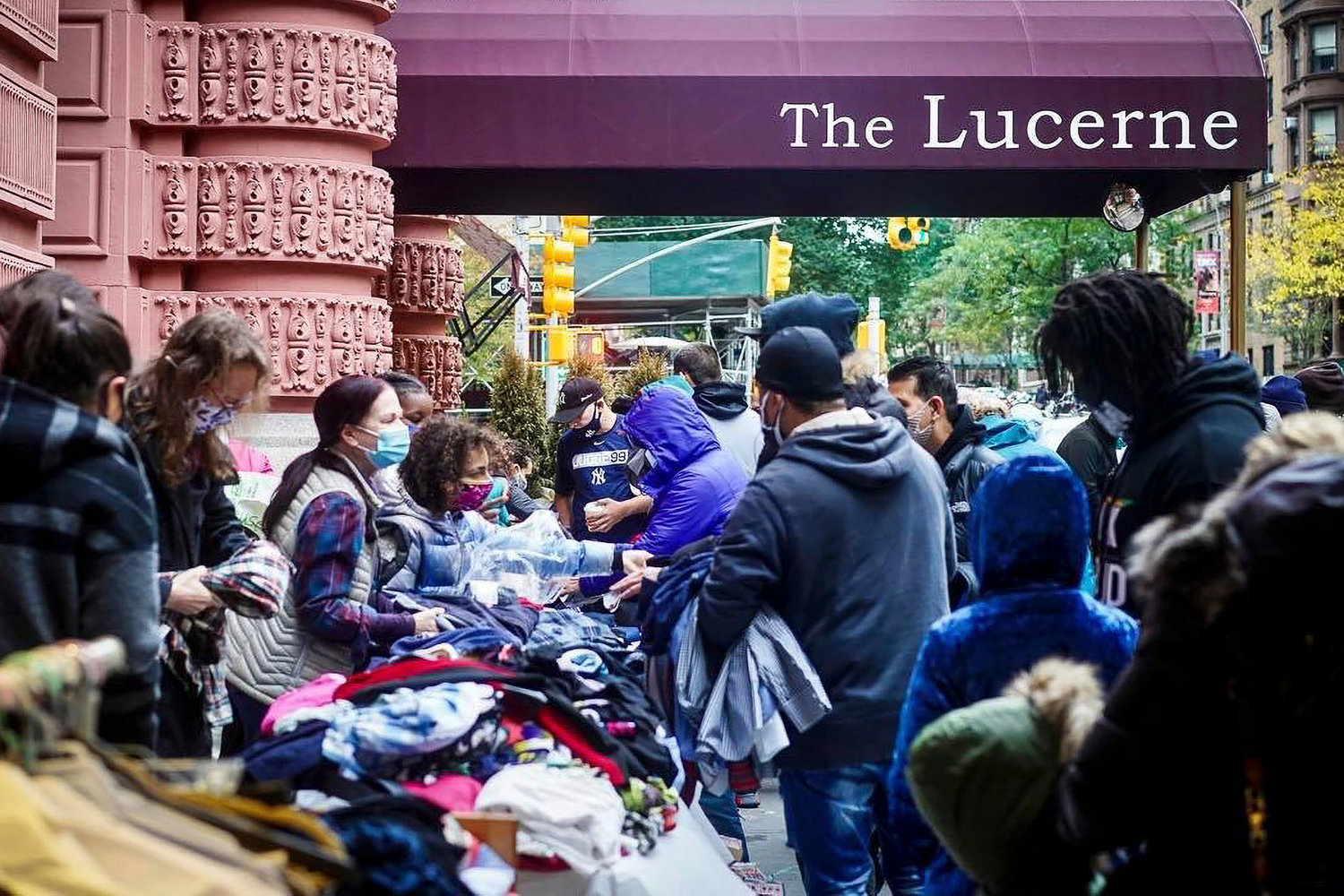 Open Hearts Initiative provides additional services to those staying at homeless facilities — even temporary ones like they did in the Upper West Side at the height of the coronavirus pandemic. Now the group is expanding with new chapters around the city in places like Queens and the Northwest Bronx.
Courtesy of Open Hearts Initiative
Previous Next
Support journalism

When many communities hear city officials plan to develop a homeless shelter in their neighborhood, the pushback can be strong. And the opposition can be really loud.

But for those who support such shelters in their communities, getting heard seems nearly impossible. At least at anywhere near the same volume.

And while there may appear to be little being done by the supportive side, the work in organizing the effort is a lot more involved than many might know.

“We’re moving a lot slower than the anti-shelter people because they just have to be angry,” said Sasha Kessler, a founding member of a group calling itself Open Hearts Northwest Bronx. “But we’re working really hard at organizing how we’re going to welcome our new neighbors.”

Kessler lives in the area, but also works for the city’s social services department, which manages the homeless programs citywide. But she says it’s not her employer that guides her actions as a community member — it’s the other way around.  And the Open Hearts initiative is a great way to support the efforts of Kessler and like-minded neighbors to help those less fortunate.

The organization first began during the coronavirus pandemic last year as a volunteer group of neighbors on the Upper West Side wanting a different approach to how others opposed temporary housing of homeless people at nearby hotels.

The group began by providing additional services to homeless people in the area in addition to what the city already offered. This included food and clothing drives through flea market events held near one of the primary hotels hosting those who had nowhere else to stay during the pandemic.

“We had a lot of success on the Upper West Side, working with the Lucerne residents and the shelter residents in general,” said Sara Newman, director of Open Hearts. “We’d help to make sure that they could stay longer at these facilities instead of being moved to a new neighborhood for no reason. We’ve also been able to help secure housing for many of the residents when they did eventually have to leave.”

The group also has organized protests that included “sleepouts” in front of Gracie Mansion, and rallies at City Hall Park and the Adam Clayton Powell Jr. State Office building in Harlem with homeless advocate Shams DaBaron.

Open Hearts doesn’t just merely support shelters, Newman said, but rather are actively involved with residents long after the grand opening event of these facilities.

While the group remains adamant it’s pro-housing while hoping to partner with providers like the African American Planning Commission Inc. — which looks to build and manage a single men’s homeless shelter at 6661 Broadway — Newman said its allegiance is to the homeless themselves living in the shelter.

After Open Hearts transformed from a volunteer group into what it is today, it began providing advice — and in some cases support — to other grassroots neighborhood organizations.

While Open Hearts is available to support new chapters bearing its name, the footwork to get established will be mainly on the new groups themselves.

“The idea is that it’s really a neighborhood-driven organization,” Newman said.

The northwest Bronx chapter — like any of its chapters — “will be the ones really building the relationships with homeless neighbors and eventually with shelter residents who will move in there as well as building relationships with the service providers. Our role is to help guide them in doing that.”

The organization has heard from people across the city seeing similar developments in their neighborhoods. Many did not know how to go about organizing and advocating for the homeless, Newman said.

The trend in many cases was that fellow advocates who looked for Open Heart’s help wanted to respond differently than those who opposed shelters in their community, but they weren’t sure what to say or how to go about it.

“So that’s where we come in, helping to guide these neighborhood groups and individuals, and help them strategize and help them succeed,” Newman said. “Because the folks who have been so strongly opposed to shelters have a lot of resources, and so we want to use the resources we have to support people who want to welcome homeless neighbors.”

Ivan Braun fully supports the work Open Hearts Northwest Bronx is expected to do with the potential future residents at 6661 Broadway. Braun is no stranger in his homeless advocacy, a public backer of the transitional family facility at 5731 Broadway, when it opened in 2017.

“A group of neighborhood residents had got together called Welcoming Neighbors that supported the opening of the shelter,” Braun said, doing “things like help raise funds for Thanksgiving dinners, holiday parties and other events.”

Volunteer groups that partner with social service providers is important to the foundation of a successful shelter, Braun said. The Kingsbridge resident also points out that while many believe the cause of homelessness may fall on issues like substance abuse and mental health, all of it is actually much more complex than that.

“People need a place to live,” Braun said. “The underlying cause is the lack of affordable housing, which is obviously the result of a lot of economic factors and the failure of long-term planning by the city.”

In terms of the actual location of the latest proposed shelter near West 262nd Street, Braun believes blame for that lies at the feet of Community Board 8.

“After the opening of Broadway Family Plaza (at 5731 Broadway), they had three years to figure out where else in (the community) would be appropriate for (an) additional shelter,” Braun said. “They’ve done nothing, and their only response to the current proposal is ‘not here.’”

CB8 leaders have said in the past they were not aware of the city’s plan to open a new shelter until most of the wheels making it happen were already set in motion.