Yet, another senator's unrelated arrest casts shadow on efforts 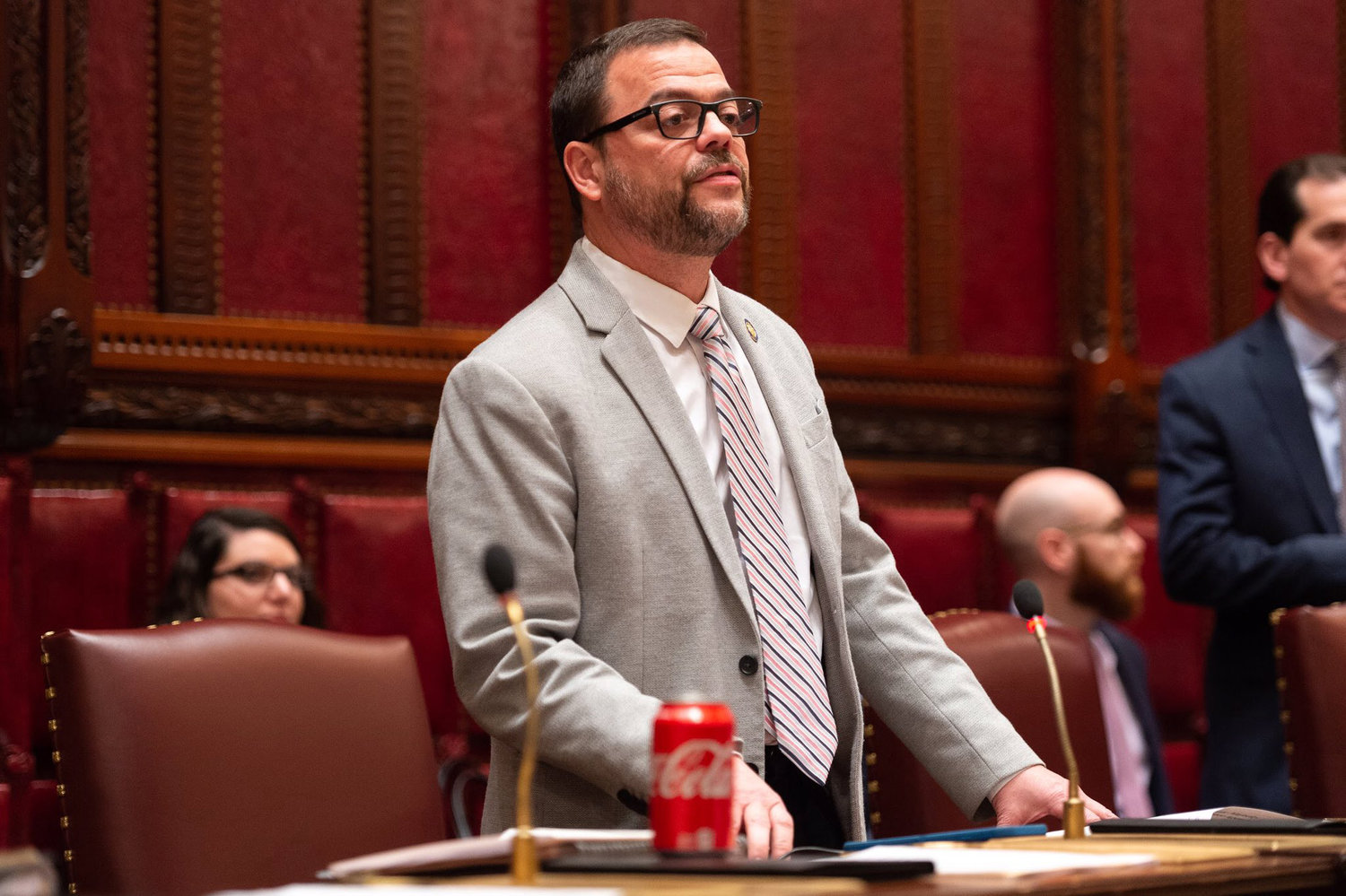 State Sen. Luis Sepúlveda was arrested for allegedly strangled his wife last Tuesday, drawing swift condemnation from many of his colleagues — including state Sen. Alessandra Biaggi. Majority Leader Andrea Stewart-Cousins quickly stripped Sepúlveda of his senate committee chairs and assignments by, although he has denied the allegations.
Courtesy of State Sen. Luis Sepulveda 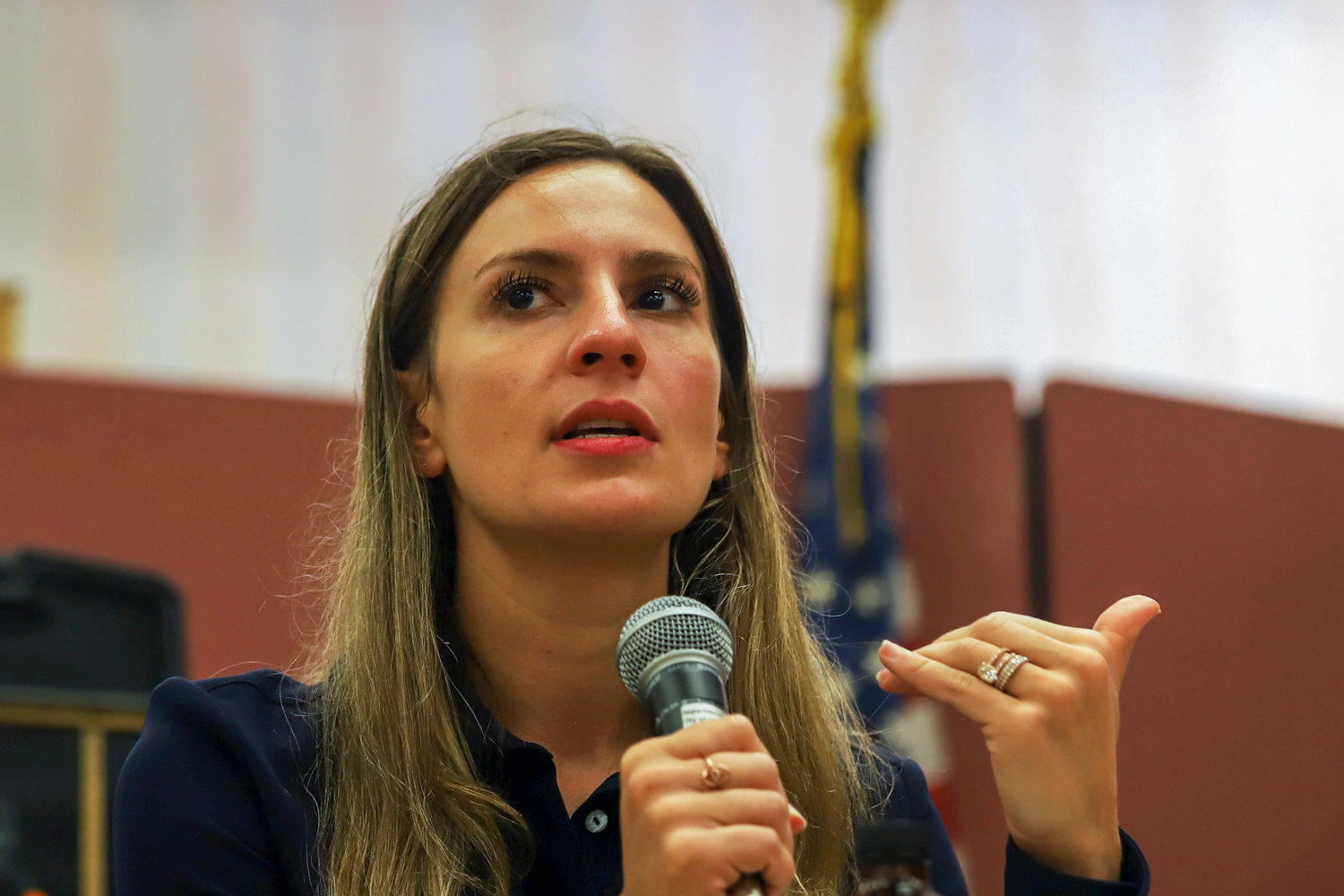 When news broke last Tuesday that state Sen. Luis Sepúlveda was arrested on domestic abuse charges, state Sen. Alessandra Biaggi quickly called on him to resign. As chair of the senate ethics committee, Biaggi might have more she can say and do officially to Sepúlveda, but it’s still too early to know if the incident falls within her jurisdiction. Sepúlveda has denied the charges.
HIRAM ALEJANDRO DURÁN / File
Previous Next
By ETHAN STARK-MILLER

She was very vocal about sexual harassment allegations against her predecessor Jeff Klein during the 2018 primary after he was accused of forcibly kissing a female staffer — a charge Klein denied.

Biaggi called for an independent investigation of Klein, and felt more space should be made for the accuser to tell her story. Biaggi also criticized senate Republicans and the Independent Democratic Conference — a group of Democrats led by Klein who kept those Republicans in power — for dismissing the allegations outright.

Nearly three years later, Biaggi is once again on the frontlines of demanding a colleague be held accountable for accused misconduct. This time, it’s state Sen. Luis Sepúlveda who is under fire after he was arrested last Tuesday, charged with strangling his wife during a domestic dispute.

Sepúlveda has represented the southeast Bronx in the senate as long as Biaggi has after spending several years in the Assembly. His lawyer, Marvin Ray Raskin, has told reporters his wife’s accusations are false, and that Sepúlveda — not his wife — was the real victim of the violence.

To complicate matters even more, Sepúlveda is running for Bronx borough president against a slate of candidates that include Councilman Fernando Cabrera, Councilwoman Vanessa Gibson, and Assemblywoman Nathalia Fernandez.

Cabrera, whose district borders the senate area Sepúlveda represents, attacked his opponent last week, saying he has blown his chances of succeeding Ruben Diaz Jr., in the borough’s highest office because he’s lost the confidence of his constituents.

“There’s no chance of him ever winning this race at all,” Cabrera said. “It’s a tough race as it is, and he’s not going to have the support of his own community.”

Fernandez took it a step further, saying it’s time Sepúlveda cuts his losses — at least as far as the campaign is concerned.

“I hope Sen. Sepúlveda heeds the calls of those around him and withdraws from the borough president race,” Fernandez said. “He has damaged the trust of his constituency.”

Biaggi and many of her senate colleagues joined that chorus, adding that if the allegations are true, Sepúlveda should also resign his senate seat. She even took it a step further, saying that as chair of the senate’s ethics committee, “I am committed to take any steps within my jurisdiction to address this matter.”

However, Biaggi told The Riverdale Press it’s too early in the process to know if the allegation falls within her committee’s jurisdiction.

“I think that where we are right now is very introductory,” the senator said. “So, based on the senate rules, and precedent — and also really the facts of the situation — no procedures have been triggered that could allow me, as the chair of the ethics committee, to take this up.”

The senate has two pathways for disciplining its members, Biaggi said — either by a referral from the secretary of the senate, or by a determination from her committee with support from at least one member of each party. Because the incident just happened, Biaggi’s committee must wait for more facts and evidence to come out before it’s clear if she can intervene.

Although Sepúlveda has been arrested, he has yet to be convicted of any crime. If and when that does happen, Biaggi said her committee could call an independent investigation. That could lead to a range of consequences, including sanctions and even expulsion.

Outside of the political ramifications, and even what happened during her 2018 primary race, this issue still has personal meaning to Biaggi.

“I am a survivor of childhood sexual abuse,” Biaggi said. “That’s not the same as domestic abuse, but the point is that I can understand the seriousness of this.”

Biaggi already has passed a couple of bills during her time in the senate tackling different elements of the issues surrounding sexual and domestic abuse. She joined three of her colleagues in sharing their experiences of childhood sexual abuse on the senate floor in 2019 before the passage of the Child Victims Act. This law extended the window that child sex abuse victims have to file criminal or civil charges against their alleged abusers.

Biaggi passed another bill last year making it easier for domestic violence victims to terminate residential leases so they are not stuck in abusive environments because they can’t move.

“That’s why we wanted to make sure that we could give options to survivors to remove them from those dangerous living situations,” Biaggi said. It was even more important to do it “without facing any kind of penalty or legal ramification that a landlord potentially could take up with them.”

The senator also introduced two bills this month further addressing domestic violence. One aims to allow prosecutors to access sealed records from prior domestic violence cases if the accused has committed repeated offenses. The other seeks to create a state misdemeanor charge for domestic violence that would make it harder for abusers to purchase firearms.

When it comes to holding Sepúlveda accountable, however, Biaggi says the most important thing is to ensure the safety of her colleague’s wife and young child.

“Politics and everything else is not the priority,” Biaggi said. “Our priority is making sure that we are clear that this is incredibly traumatic, and that we want to emphasize the safety of his family. Period.”