After mayoral recount, Adams holds lead over Garcia — but Wiley not out of it yet 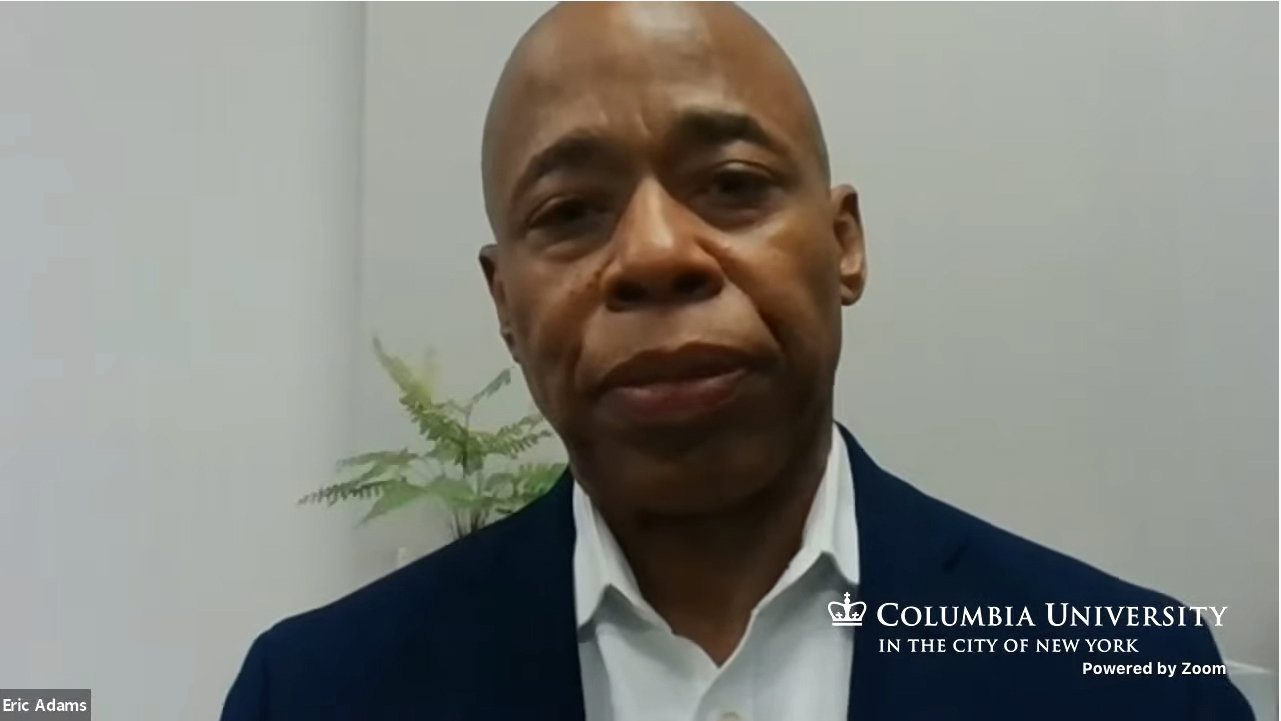 Brooklyn borough president Eric Adams — who’s running for mayor — believes some creative approaches are warranted to address the learning loss caused by the coronavirus pandemic. Some of the options he wants to explore include extended school hours and changing the schedule of the academic year to supplement that learning loss.
Courtesy of CLS Education Law and Policy Society
By MICHAEL HINMAN

Now that the city's elections board has cleared its counting system of dummy test ballots, the agency tried yet again to release preliminary results from the citywide primary races for mayor, comptroller and public advocate. And while they haven't changed much from what was reported before — it has presented some new, interesting scenarios for when tens of thousands of absentee ballots are opened and counted.

Through the revise numbers, Brooklyn borough president Eric Adams is still leading the Democratic race for mayor, but after 10 rounds of counting, holds a slim 14,755 vote lead over former city sanitation department head Kathryn Garcia.  In fact, that lead is even thinner than what the elections board reported the day before when extra ballots were included.

That means it will indeed come down to absentee ballots to decide this particular race, and if New York City will elect its first woman to office.

But that woman doesn't necessarily have to be Garcia. The revised election results also revealed something else — Garcia literally edged out attorney Maya Wiley by less than 350 votes.  That gives Wiley a very realistic chance of actually being one of the last two standing in the final count when absentees are included instead of Garcia, and will then come down to how many of Garcia's votes are converted into Wiley votes.

Right now, however, Garcia is getting a tremendous boost from Wiley — converting 52 percent of her votes to bring her as close to Adams as she is. Adams isn't getting that support, however, as he converted just 20 percent of Wiley's votes into his own. In fact, there were 20,000 more exhausted ballots — those that had no further choices beyond Wiley — than last-chance votes for Adams.

That should be very encouraging to the Garcia campaign, because unless Adams outright wins a vast majority of the remaining absentee ballots, he not only has to contend with Garcia's numbers, but Wiley's as well, since it's likely Garcia will continue converting at least half the votes originally cast for Wiley.

The comptroller race also remains quite close between Brooklyn councilman Brad Lander and council Speaker Corey Johnson, both separated by just 21,132 votes. This race, too, will be decided by the more than 100,000 absentee ballots yet to be counted.

But if either are hoping for a boost from journalist and former Republican Michelle Caruso-Cabrera, neither should expect it. Caruso-Cabrera was the last to be eliminated in the ranked-choice counting, but finished well behind Johnson's second-place finish. Lander converted just 16 percent of her votes in the elimination, while Johnson took 29 percent of them. However, more than half of Caruso-Cabrera's ballots were exhausted, meaning her supporters decided not to support either Lander or Johnson after her.

Jumaane Williams should easily cruise to re-election for public advocate, earning 70 percent of the vote in the first — and only — round of voting there. And no additional rounds of counting were needed on the Republican side of the mayoral race with Guardian Angels founder Curtis Sliwa securing 69 percent of the vote over Fernando Mateo, an activist known for his advocacy work with taxi cab drivers and bodegas.

Elections officials are still wincing over its counting gaffe Tuesday that added more than 100,000 dummy ballots to the counts. It released a further statement Wednesday making it clear that the city's new ranked-choice voting was not the problem, and that the agency has added "another layer of review" to its counting practices.

"As we continue to count absentee ballot and run further (ranked-choice voting) tabulations, we will do so with a heightened sense that we must regain the trust of New Yorkers," the elections board shared in a statement. "We will continue to hold ourselves accountable, and apologize to New York City voters for any confusion."