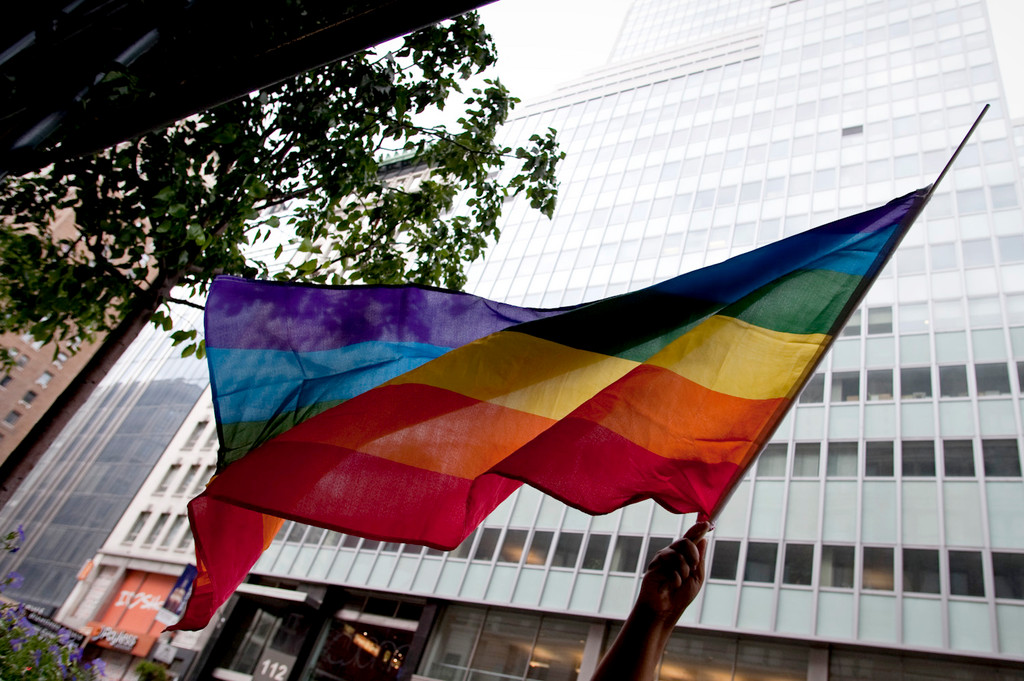 A parade goer waves her flag during the Manhattan gay pride parade on Sunday.
Karsten Moran / The Riverdale Pr 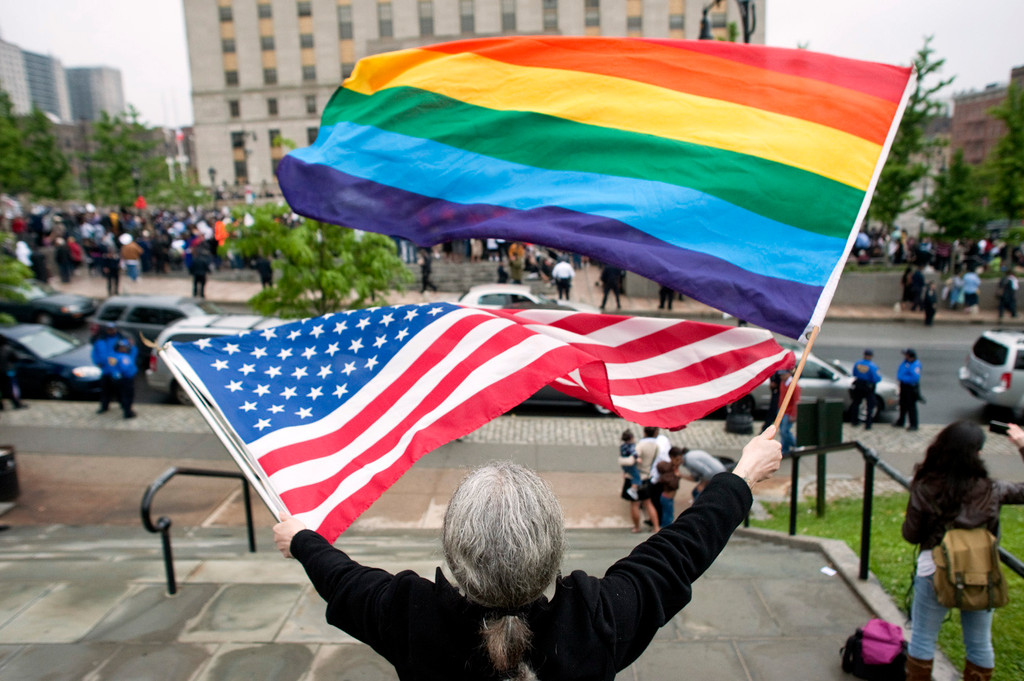 Counter-protesters rally in opposition to an anti-gay marriage rally hosted by state Sen. Ruben Diaz on the steps of the Bronx Courthouse on Sunday.
Karsten Moran / The Riverdale Pr
Previous Next
By Adam Wisnieski

As student government president of Lehman College 25 years ago, Anthony Rivieccio made what he called a “very public statement” condemning homosexuality during the height of the fear of AIDS in New York.

As the years passed, he, like so many others, changed his position. Now director of Northwest Bronx Democrats, he stood on the steps of the Bronx County Courthouse on June 3 with a sign reading, “Another Straight New Yorker for LGBT Equality and Justice.”

“It was my way of sort of being able to take that statement back,” he said.

Along with him went the state Senate, which had either failed to vote on, or rejected passing, gay marriage legislation numerous times since 2007. On June 24, it passed the Marriage Equality Act.

Gov. Andrew Cuomo, who fought vigorously for it to pass, signed the bill at 11:55 p.m., at the end of the legislative session. The legislation means gay couples will be allowed hundreds of rights, benefits and protections they were previously denied.

Assemblyman Jeffrey Dinowitz, who voted in favor of gay marriage, said he had never seen protests like the ones last week in Albany. He said that while the assembly was in session, he could hear singing coming from protestors on both sides of the argument, sometimes even together.

When he returned to Riverdale after the legislative session ended with the passage of gay marriage, his constituents thanked him.

He said on Monday morning people were coming up to him on the street and at the gym.

“People were thanking me, hugging me,” he said, adding “It’s not just people who were gay, it’s their families.”

New York is the sixth and largest state in the country to legalize same sex marriage, joining Connecticut, Iowa, Massachusetts, New Hampshire and Vermont, as well as Washington, D.C. New York currently acknowledges gay marriages from other states, but many of the rights and protections afforded to same-sex couples remain fuzzy.