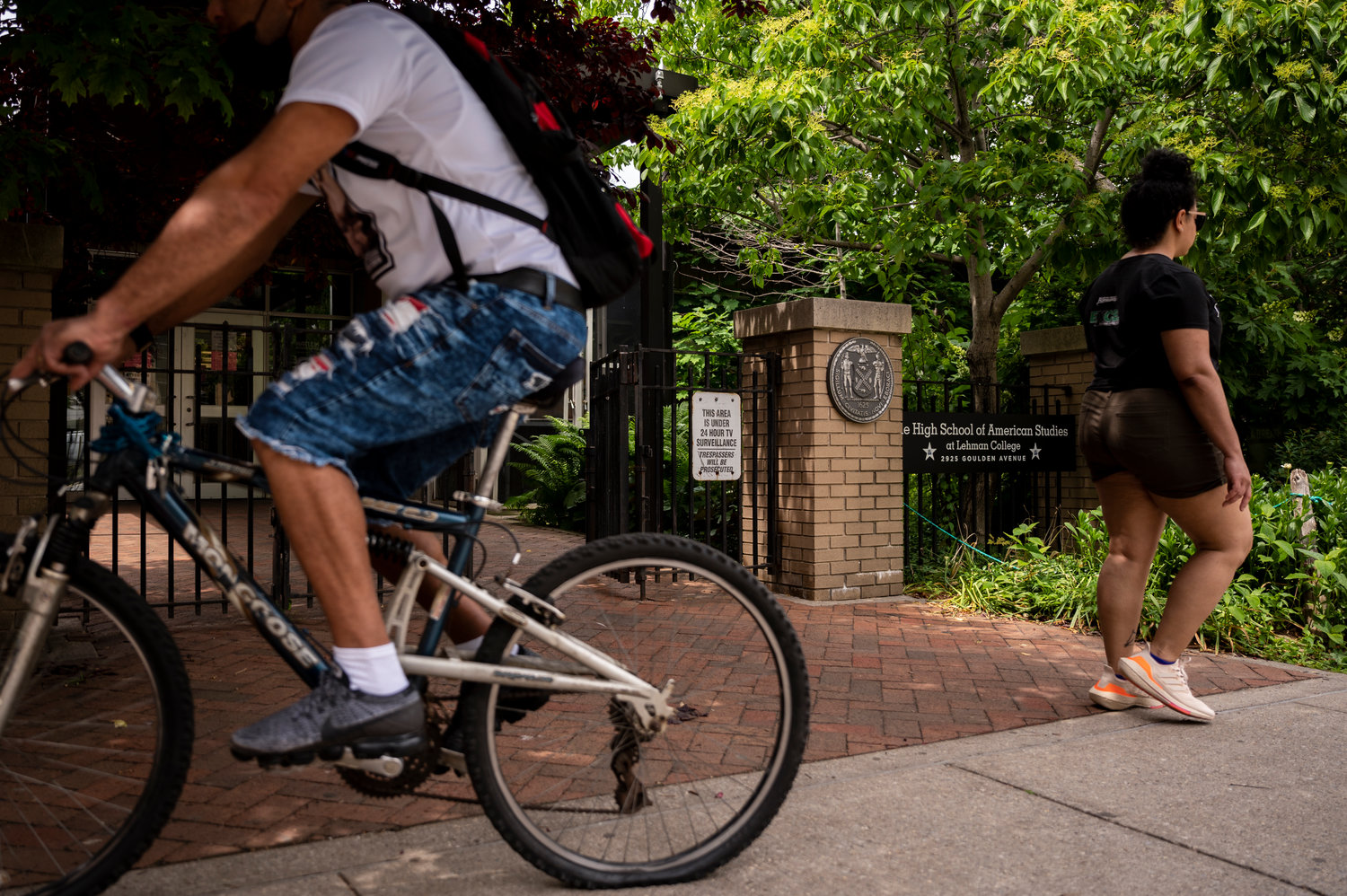 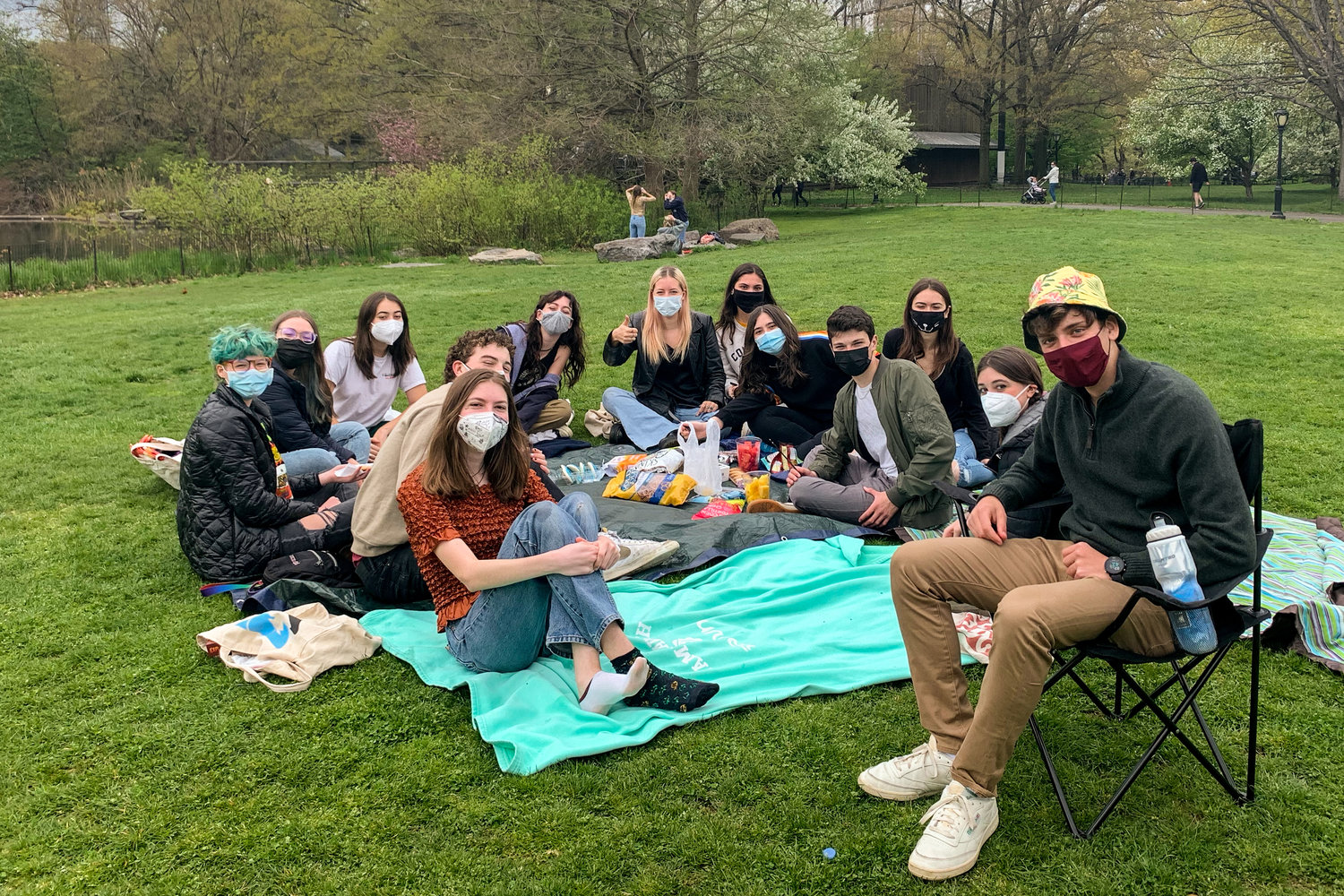 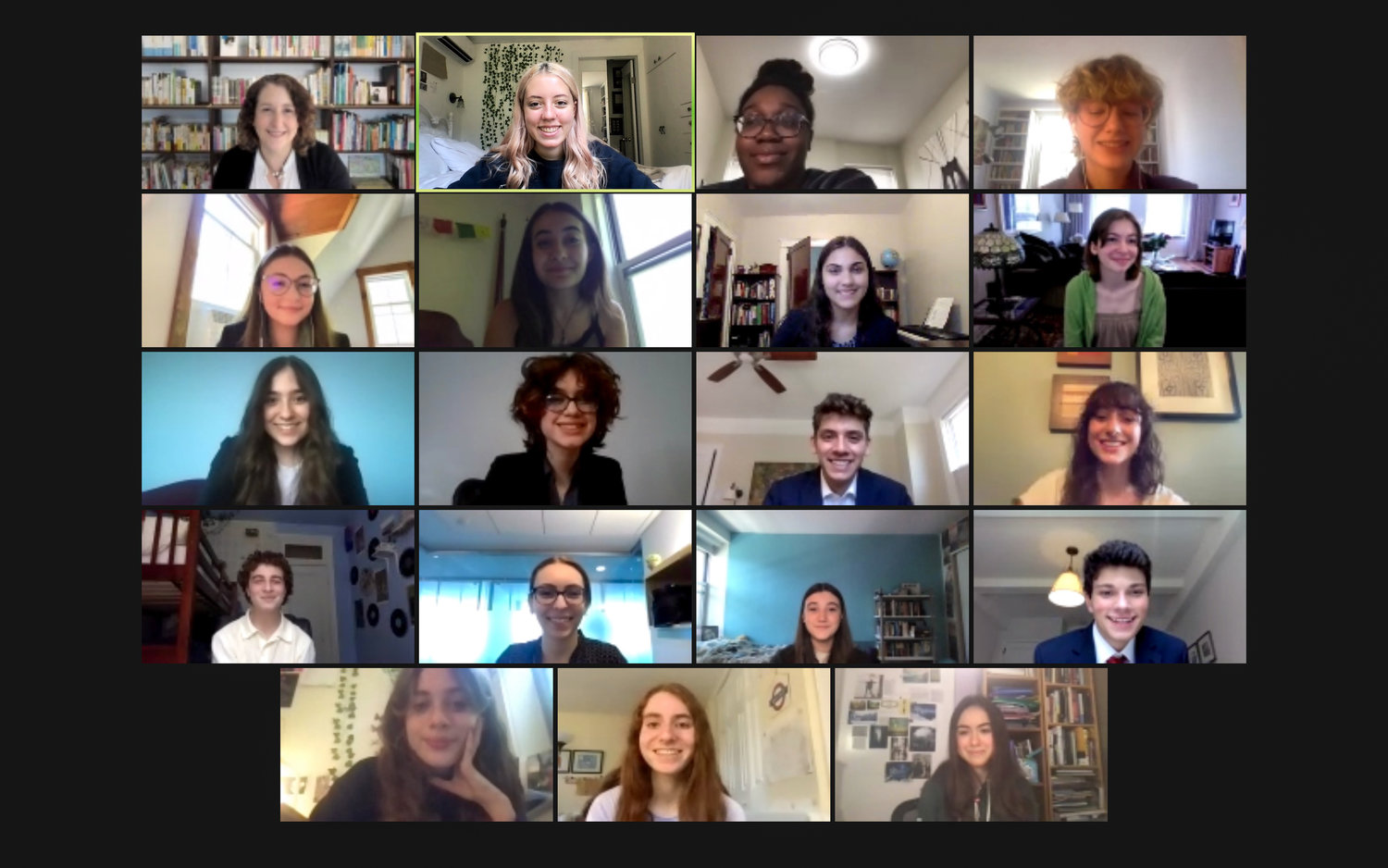 Courtesy of Yonah Rosenfeld
Previous Next
By ROSE BRENNAN

For Yonah Rosenfield, winning the New York State High School Mock Trial Tournament was a long time coming. And it was the perfect way to close out his senior year at the High School of American Studies.

Just two years ago, American Studies couldn’t make it out of the earlier rounds. In Rosenfield’s junior year, however, the tournament — and the world — was put on hold indefinitely due to the coronavirus pandemic.

But this year, Rosenfield and his team came to win. And win they did.

“This year kind of felt like a redemption year and an opportunity to avenge those losses,” Rosenfield said. “And it just felt so gratifying to win, especially as I’m a senior this year, so (it’s) my last year with the team. It felt great to just win with everyone.”

Mock trial is a competition where students simulate a courtroom trial, acting as lawyers or witnesses on either the prosecution side or the defense.

And a lot goes into claiming victory at the New York State Bar Association tournament. And while the American Studies team might not be out on the football field for an early-morning or late-night practice, they’re nevertheless preparing for their competitions in their own way.

That includes twice-weekly practices, one each hosted by the team’s advisers. History teacher Lauren Peterson — who was, in part, hired to lead the mock trial team — hosts one of the practices at school, or over the Zoom online videoconferencing app.

It’s all part of Peterson’s job to coordinate the team’s interactions with their partnering law firm and the Justice Resource Center, who pairs schools with their respective law firms. And, of course, Peterson helps coach the team as well. And coaching them to a championship is nothing short of incredible for her — although she puts the onus of victory on the team itself.

“The students … worked so incredibly hard,” Peterson said. “I have such incredible respect for their grit and determination. They’re not just really smart kids. They also are just incredibly hardworking with just amazing attitudes.”

But as much as Peterson might know and teach about the American legal and judicial system, she’s not a mock trial champion herself. Attorney Sharon Turret is, however. She’s the other team adviser, hailing from the Dechert law firm, which has been paired with American Studies’ mock trial team for the past several years, selected by the Justice Resource Center.

“I’ve been at Dechert for almost a few years now, and I have a background in doing mock trial in high school, college and law school,” Turret said.

“So when I joined at Dechert, the baton was kind of passed to me to take charge of the mock trial coaching for High School of American Studies.”

Most years, the team’s Friday practice would take place at Dechert itself. But thanks to the coronavirus pandemic, that, too, moved online.

Even if the team can’t practice together in-person, they’re still learning effective strategies for mock trial tournaments. And according to Turret, some of those skills — like public speaking — can translate effectively even outside of the mock courtroom.

“I think public speaking is something that can be really challenging for a lot of people,” Turret said. The students “just go up in front of an unknown audience, new people, new competitors, and really present and really do a wonderful job. I think that’s a really important skill that, even if they don’t go on to be lawyers, I think in any career path you take … that’s really valuable.”

For his final year on the team, Rosenfield was able to took on the coveted role of a lawyer in the tournament. That means he had to present one side’s arguments during the mock trial, rather than acting as a witness or understudy — roles generally relegated to younger, more inexperienced team members.

And considering his membership on the team was hard-won during his freshman year — as only four were selected from the 40 classmates who auditioned — it was a full-circle moment for Rosenfield.

Rosenfield heads to Brown University in the fall, and plans to make mock trial part of his life up in Rhode Island as well. And as of right now, he would love to become a civil rights lawyer, which might make it possible for him to transition from a mock trial to a real one further down the line.

But he’s already seeing the results of being a four-year mock trial team member. And even if he ends up not going to law school, Rosenfield plans to use those skills — like confidence, persuasive arguing and critical thinking — in other, non-lawyer aspects of his life.

But one unexpected — but not unwelcome — benefit Rosenfield gained from joining the squad was the friends he made along the way.

“The mock trial team has always been a great community for me to be a part of, besides the academic nature of it,” Rosenfield said. “The other members of the team are some of my best friends at school. And it genuinely was a fun experience to just go and hang out with these people, and practice mock trial twice a week after school.”

CORRECTION: Lauren Peterson, a history teacher at the High School of American Studies, also is an attorney. A story in the June 17 edition stated otherwise.