An artist inspired to give dance its due 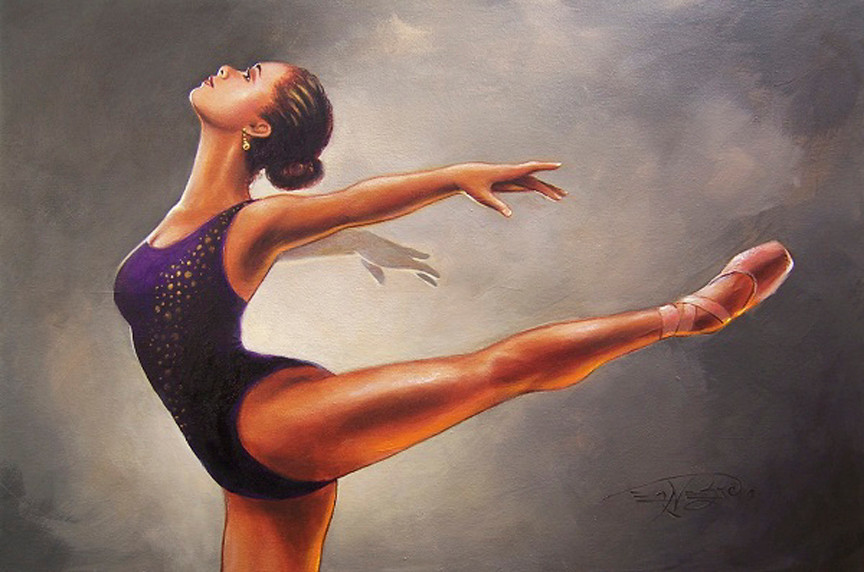 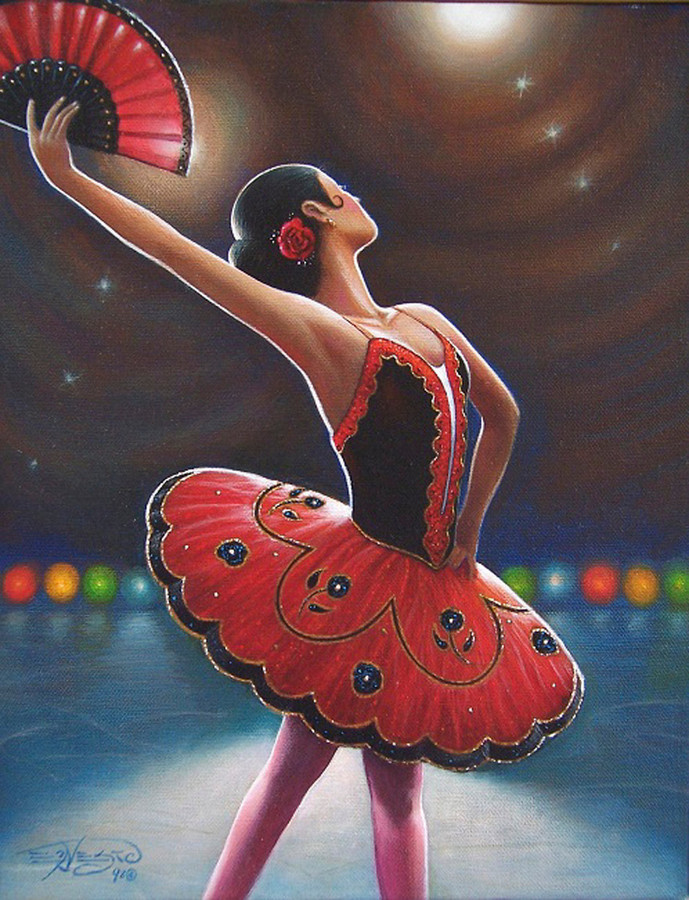 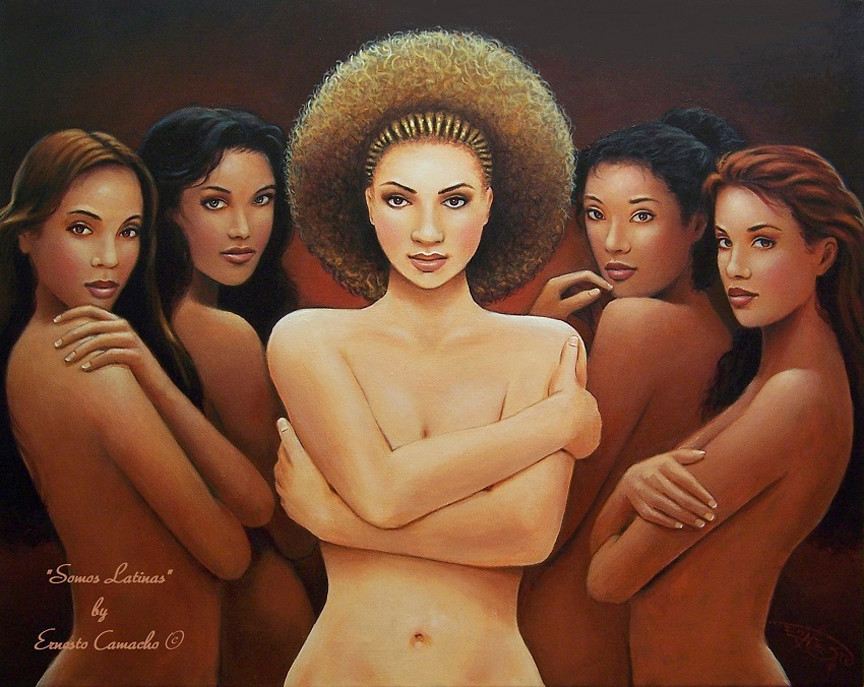 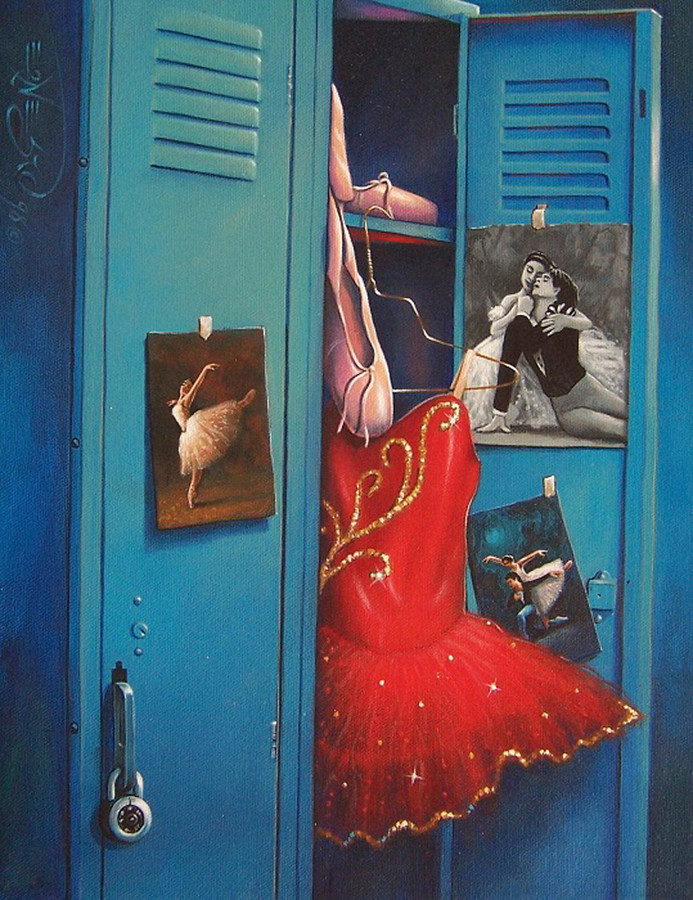 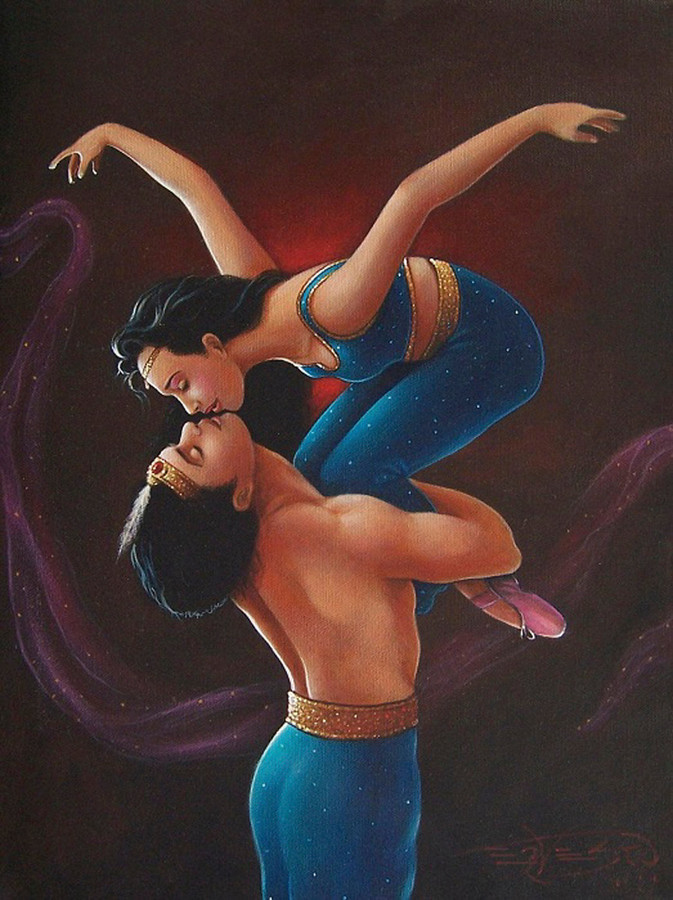 In June of 2015, Misty Copeland became the principal dancer of the American Ballet Theatre – the first African-American woman to jeté to the title. The day also served as an inspiration for Bronx painter and former ballet dancer Ernesto Camacho.

His 20-painting exhibition, “Dreams of Color” at the Poe Park Visitor Center, pays homage to the ballerina and re-creates scenes in her life as a young dancer and her work on stage.

When did he decide to put her life on canvas? “When I saw her on the news. When I started reading her story. Then, I saw videos on her and the documentary came out on her,” Mr. Camacho said. The documentary, A Ballerina’s Tale, was released in 2015.

The artist has never met Ms. Copeland, but has seen her at a Manhattan dance studio where they both take classes, he said.

While Ms. Copeland is the muse behind much of the exhibition, Mr. Camacho also wants his paintings to change people’s perception of ballet — especially among young men.

“Ballet is so misunderstood. It’s under appreciated. People have no idea of what ballet really is... Let’s look at some of the stigmas ballet has. That it’s a girl thing. It’s feminine. If it’s a man, forget about it. He must be feminine,” stated Mr. Camacho.

“I want young men, young boys to see this is a beautiful art form. You want to talk about something masculine. Go to a dance studio and… take a class, you’ll see how hard it is. I’m tired of all the fluff pictures you see, the pink pictures, the tutu. It’s powerful. It’s earthy,” said Mr. Camacho. “I hope that it strikes just enough curiosity in boys that they’ll google it and they’ll go to the library [to learn more].

As he walked through the Poe Center, Mr. Camacho, dressed in a navy shirt, black pinstriped vest and black slacks, stopped to point out one his favorite paintings from the show, “Misty’s Flight.”

“It’s an attitude pose. I saw a picture of her in a similar pose,” he said. In the painting, Ms. Copeland has her head and arms tilted back and one leg poised in the air behind her. “I see strength. I see elegance. I see beauty,” the artist said.

Lucy Aponte, director of the Poe Park Visitor Center and curator of its gallery, asked Mr. Camacho to exhibit his paintings after seeing samples of his work. “I fell in love with it. There is so much movement and light and dark in his work. It’s just beautiful,” she said.

“He’s a former dancer so he knows what the body looks like, how it’s posed and gets it there on the canvas. So, I thought this would be great, especially for young kids of color to see that there’s an opportunity. It’s not just Alvin Ailey. Now, it’s American Ballet Theatre,” Ms. Aponte said. “I know a lot about the ballet and I know a lot about dancers of color not getting up there,” she said. Her brother is world-renowned ballet star, Christopher Aponte.

According to Ms. Aponte, Mr. Camacho’s work has already inspired three Latino mothers. They asked her where they can enroll their daughters in ballet classes.

P.S. 246 Poe Center principal Beverly Pascal-Miller said she plans to bring her students to see Mr. Camacho’s paintings. Located across the street from the Poe Center, the school serves kindergarten to fifth grade.

“I want our kids to know [about her],” said Ms. Pascal-Miller, as she pointed to a wall at the school that displays pictures and stories of famed African Americans, such as the Tuskegee Airmen, entrepreneur Russell Simmons and actress Kerry Washington.

“We always talk to them about what they can be,” Ms. Pascal-Miller said. Paintings such as Mr. Camacho’s show students that a career in dance or becoming a history-maker, like Ms. Copeland, is within their reach, she said.

Mr. Camacho has not contacted Ms. Copeland about the show, but hopes that she hears about it. And he has a message for her if she does: “Misty, come on down and check it out. I would love to meet you,” Mr. Camacho said, with a laugh.

“I would love to just ask her, ‘Can we sit down over a cup of coffee one day, even if just for a couple of minutes, and rap about dance?’” he said. “I would love to get her insight on the world I love so much.”

“Dreams of Color” runs through Sept. 30. For more information, contact the Poe Park Visitor Center at 718-365-5516 or visit ernestocamacho.com.