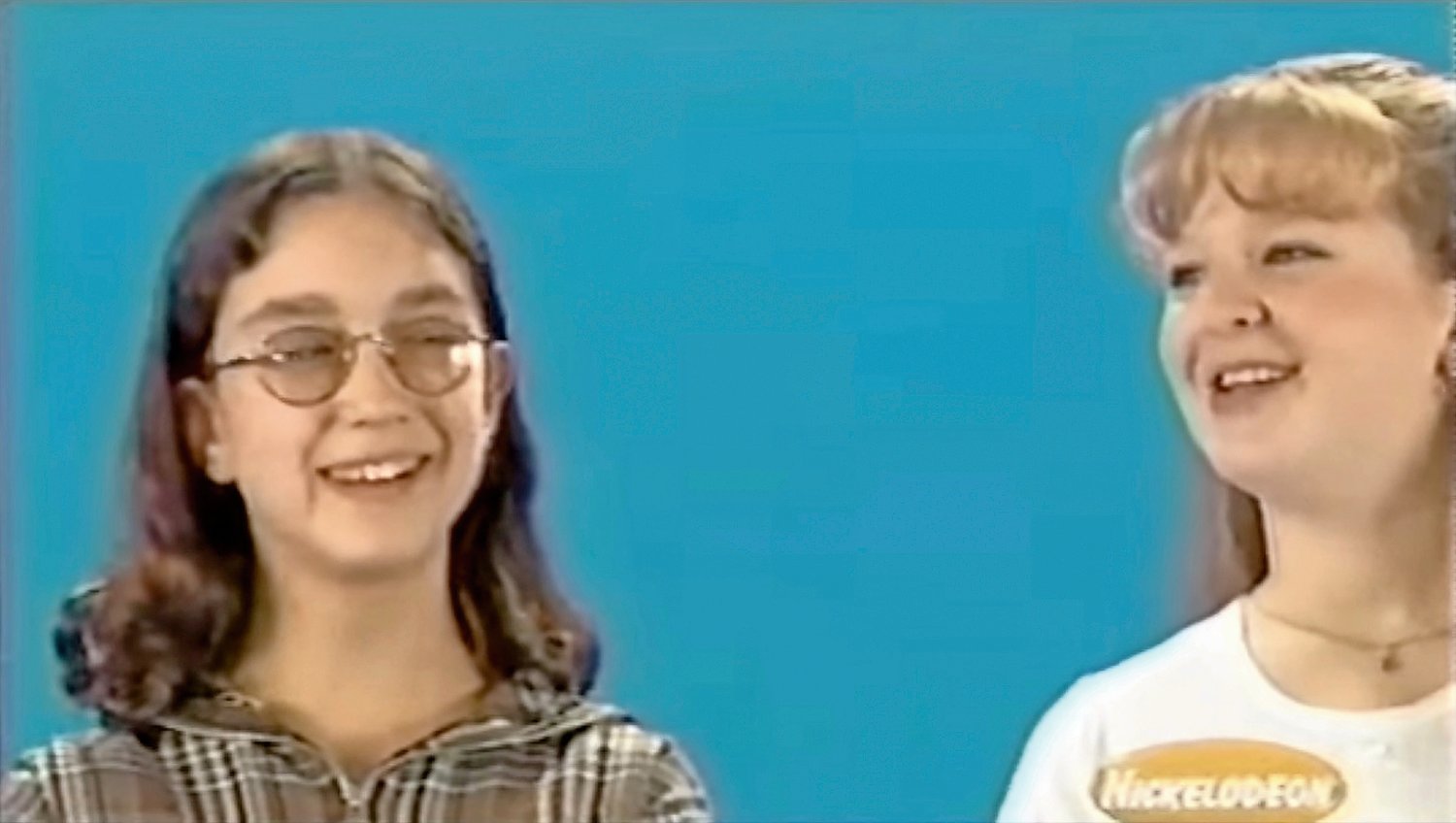 Emily Parson, at left, and Emily Walton shown taking part in the 2000 Nickelodeon TV special ‘Nickellennium — A Nickelodeon Global Youth and & The Future’ documentary. The two best friends will get to perform again at this year’s AIDS Walk as Parson ‘choreographs’ the whole event and Walton sings a special song to kick it off on May 15.
Courtesy of Emily Parson 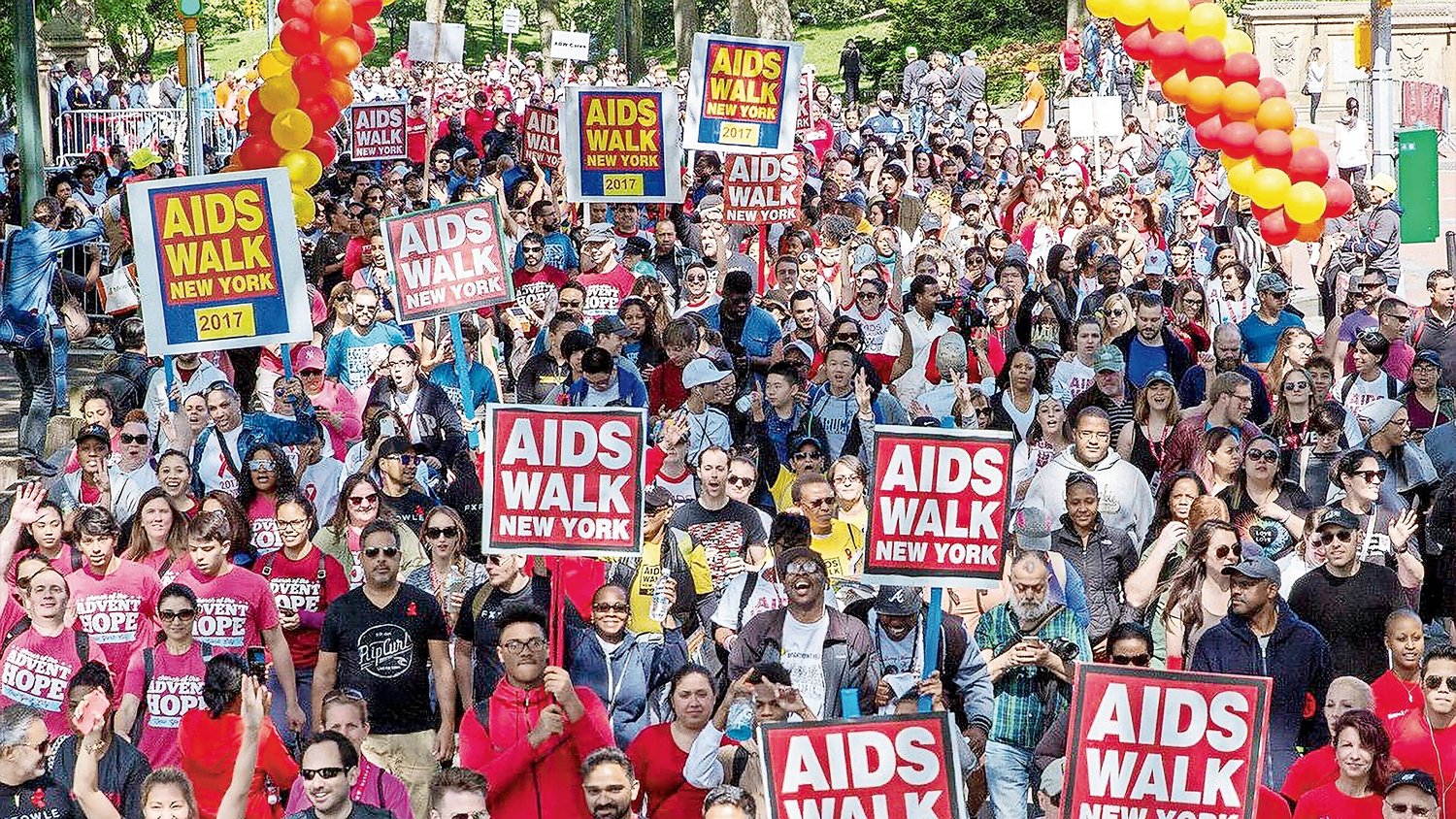 People participating in the last live AIDS Walk for the GMHC crowded Central Park in 2019. This year, the organizer Emily Parson expects about 10,000 people to show up to help stamp out AIDS.
Courtesy of the GMHC AIDS Walk 2022
Previous Next
By GARY LARKIN

When Emily Parson first met Emily Walton in third grade at P.S. 81, they were just nine years old with aspirations of becoming actresses.

In the nearly 30 years that have ensued, the Spuyten Duyvil and North Riverdale girls have turned classes at Riverdale Rising Stars performing arts program into a warm-up act for this Sunday’s Gay Mens’ Health Crisis 37th annual AIDS Walk.

So how did these two girls from Riverdale come to play a big part in the entertainment in this year’s first live AIDS Walk in two years? Things just kind of fell into place.

“We reached out to local talent and celebrities to see if they wanted to be a part of the walk,” said Parson, who is the new managing director, major sponsorships and special events for GMHC. “We have 15 or so celebrities who are coming, and Emily (Walton) is one of them.”

The “part” that Walton was chosen to “play” for the Walk is that of singing the classic song, “You’ll Never Walk Alone” at the start of the event. Walton, who has played “Janice the local news reporter and others” in the Broadway play “Come From Away” since 2019, will follow in the footsteps of other celebrities who sung that song for the Walk, including Audra McDonald, Kristin Chenoweth, Norm Lewis, Patti LaBelle, Sam Harris, and Stephanie J. Block.

“Being asked to sing at the AIDS Walk is an extreme honor, both as a person and a performer,” Walton said. “I’m so proud of Emily (Parson) and all the (volunteer) work she has done for GMHC and the AIDS Walk over the years. For me to be included is beyond meaningful to me.”

Walton has wanted to attend the Walk but her job has not allowed her much free time to do so. “The AIDS Walk has been on my radar for as long as I can remember,” Walton said. “But when Emily started working for them, it became an even bigger deal to me.”

Parson has spent the past nine months preparing for the organization’s first live AIDS Walk in two years due to COVID-19, which has already raised $1.3 million. In her job, she has spearheaded the marketing, fund raising, landing sponsorships and inviting celebrities to show up.

“The thirst that people who are registering have to get back to the park for this more than 35-year tradition — it’s making me emotional,” she said. “Many people have a deep connection to the event. The energy is palpable when you’re there in the park.”

Parson can relate to the emotional attachment to the event since she has been attending since she was only 11.

“When I was in fifth grade, my mom took me to my first AIDS Walk,” she said about attending the 1998 walk. “She had lost two friends to AIDS and wanted me to (understand) what was happening in the world then. I have shared my mom’s instincts with stuff like that ever since.”

While she expects around 10,000 people to attend this weekend’s event, she knows that no matter who shows up there will be a lot of excitement. Most of it is due to having to hold the Walk virtually the past two years.

“It’s a loss worth grieving not having it in person the last two years,” she said. “It’s been really hard for our community of thousands of people who do the walk every year to remember who they’ve lost — and celebrate the wonderfully diverse communities come together.”

In addition to the return to a live event, this weekend’s Walk will mark a return for the Emilys working together in a performance. “When we were at Riverdale Rising Stars, we did some choreography together for a show about Elvis,” Parson said.

A little bit later, they took part in a Nickelodeon documentary that included kids from all over the world around the time of the new millennium. Called “Nickellennium, A Nickelodeon Global Youth & The Future,” the television special included interviews with kids, including the two Emilys. They were in a segment about future of living on the moon. It can now be found on YouTube.

Parson and Walton, who both still live in the area, see their collaboration with the Walk as another chapter in their friendship that was reignited during the pandemic.

For Walton, Parson has always been there for her. “Emily has been a massive fixture in my life since we were about 9 years old,” she said. “I so deeply cherish so many memories with her, and our friendship has been a constant source of laughter, support, and love throughout our lives. And sleepovers. So many sleepovers.”

The AIDS Walk will be another story in the lives of the two Emilys from Riverdale. One that will not only have meaning for them but for so many affected by the disease that has killed millions.