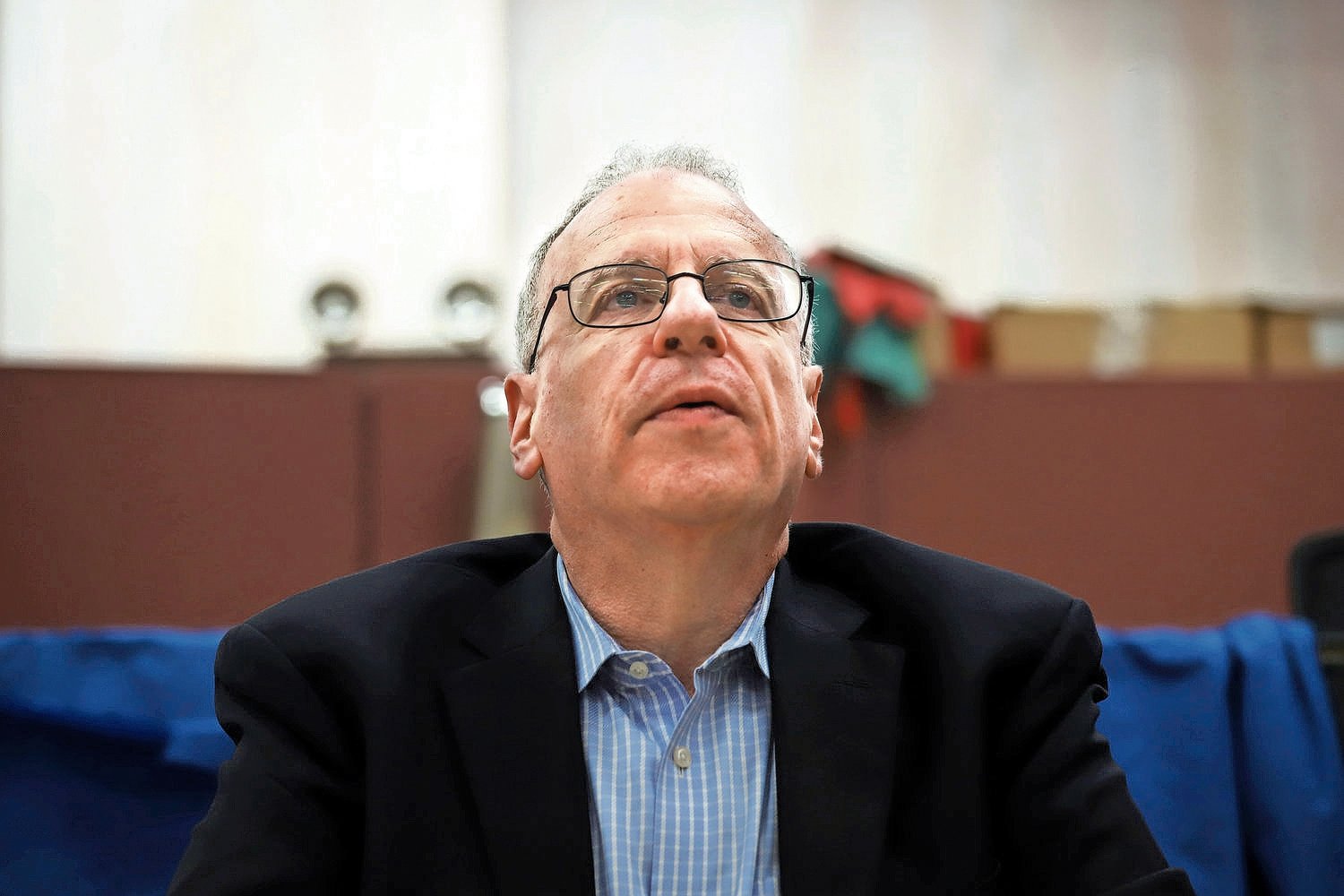 Assemblyman Jeffrey Dinowitz looks to return to Albany once again as he defeated Jessica Woolford Tuesday in the Democratic primary for the 81st district seat.
HIRAM ALEJANDRO DURÃN/ File 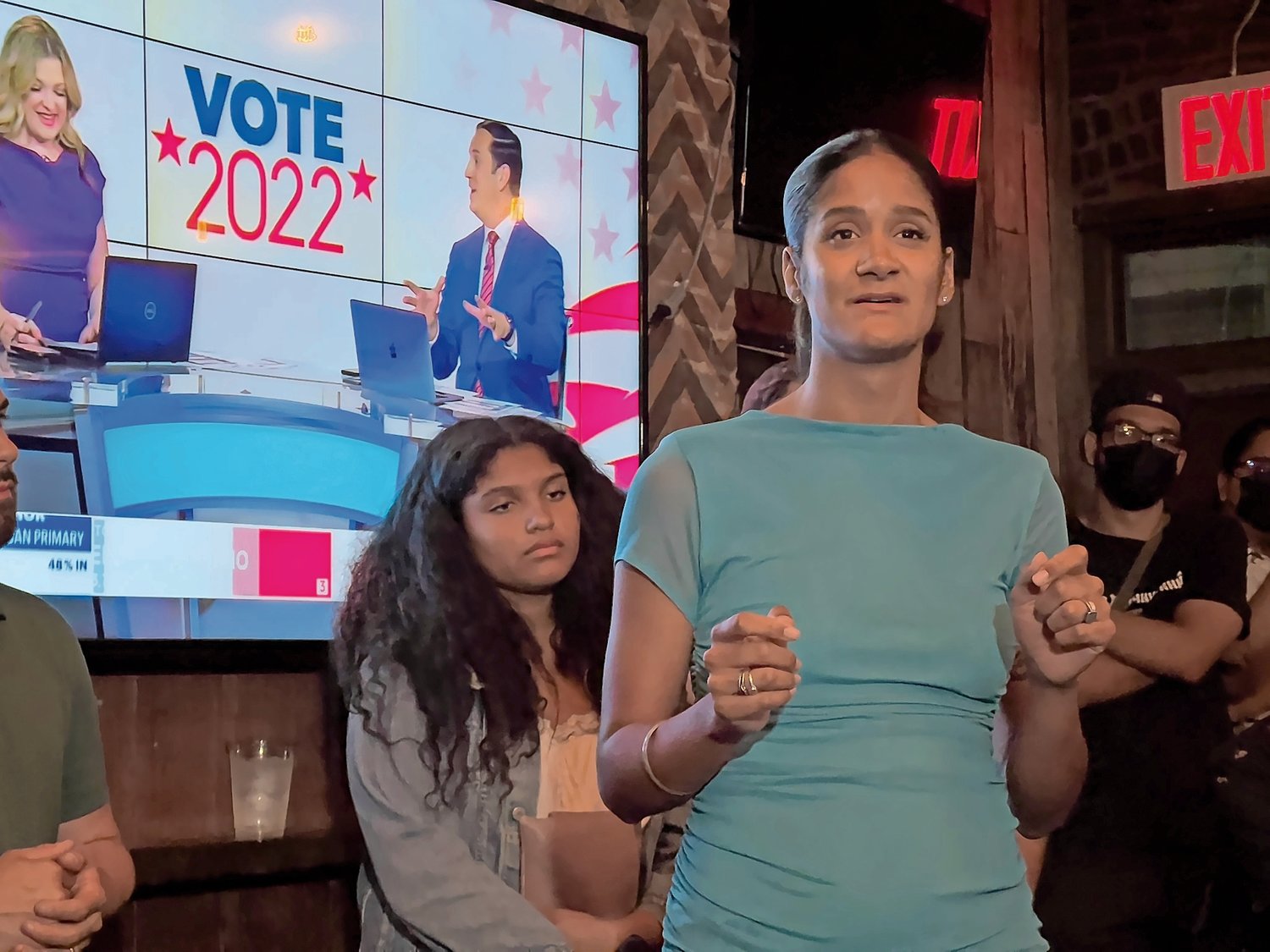 Incumbent Jeffrey Dinowitz has defeated challenger Jessica Altagracia Woolford in the Democratic primary for his Assembly seat, according to unofficial New York elections board results.

Dinowitz outpaced Woolford 63-37 percent, taking nearly 6,000 of the 9,500 votes cast Tuesday night. Absentee ballots are still being counted which could alter the preliminary results, however. But the outcome is not expected to change.

“I am humbled to continue serving the people of Riverdale, Norwood, Kingsbridge, Van Cortlandt Village, Kingsbridge Heights and Marble Hill, Woodlawn, and Wakefield in the Assembly,” Dinowitz said shortly after his victory Tuesday night.

“It has been the greatest honor to serve the community that raised me, that raised my family. I’ve spent my career fighting for our progressive values and delivering, and I can’t wait to continue delivering for the North Bronx in Albany.”

With the district’s Democratic base now safely in his pocket, Dinowitz is almost assured a victory in the general election. All past runners-up in every 81st general have finished at least 10,000 votes behind.

“I’m really proud of the race we’ve run,” Woolford said soon after the results came out. “I’m really proud of our field program. The fact that WFP (Working Families Party) made such a massive investment, I feel proud of what we started. I know that it’s just the beginning.

“I know that Dinowitz is worried because he sees that what was once a very clearly stronghold on a community just doesn’t exist because too many of us are not being served…I’m not going anywhere.”

Even though Woolford felt confident that her equity-based campaign — rooted in the struggles she’s seen first-hand — could score her the Democratic ticket, she was unable to upset a lawmaker who has represented the district for almost 30 years.

Woolford is technically still able to appear on the ballot in the general election as she has already clinched the Working Families Party ticket.

With the district’s Democratic base now safely in his pocket, Dinowitz is almost assured a victory in the general election. All past runners-up have finished at least 10,000 votes behind.

For most of his tenure in office, the Assemblyman has rarely faced a Democratic challenger. He did get opposition from George Diaz Jr., in 2020, who managed to capture 36 percent of the vote despite light campaigning. But it wasn’t until Woolford jumped in the race that Dinowitz faced a truly active primary opponent for the first time since he was elected to office in 1994. In that special-election race 27 years ago, Dinowitz faced stiff competition from Mark Friedlander, and only managed to squeak out a 132-vote victory.

This election was nowhere near as close, but it wasn’t an easy win for Dinowitz, either.

Since the day she jumped into the race all the way up until the eve of the primary, Woolford managed to generate serious momentum, picking up high-profile endorsements like from both U.S. Rep. Alexandria Ocasio-Cortez and state Sen. Alessandra Biaggi — and pulling in just under $52,000 in contributions in the latest donation cycle.

“I am the first serious threat to his incumbency in almost 30 years,” Woolford had told The Riverdale Press just weeks ago.

And barbs were exchanged between Woolford and Dinowitz in the days leading up to the election. In a debate hosted by BronxNet just last week, the two candidates sparred over public safety — a central concern of Dinowitz in the campaign cycle.

“I don’t know a single person who has said to me they want fewer police. And it’s my understanding from what I just read recently that my opponent had indicated she wants to cut a billion dollars from the police budget,” Dinowitz said, referring to mailers sent around calling Woolford a “dangerous, reckless socialist” who “pledge(s) to defund the police.”

“I don’t think that makes a lot of sense,” he said. “If you cut a billion dollars — even if you shift it over to important other programs — you’re going to lose thousands and thousands of police officers.”

Woolford snapped back, denying she ever pledged to defund the police. The mailers themselves were not sent out by Dinowitz’ campaign, but by the SuperPAC Common Sense New Yorkers, which has boosted candidates it deems “value public safety.”

“I hope that the Assembly member will disavow those attacks,” Woolford said, later sending a letter to the state elections board urging the agency to investigate the SuperPAC for failing to properly disclose its electoral activities.

“I received the same pieces of mail — including one by your supporters from the Working Families Party — that essentially blamed me for the people killed in the Twin Parks fire a few months ago,” Dinowitz said. “That’s something which should be disavowed immediately.”

Beyond the debate, Biaggi had blamed Dinowitz in the weeks leading up to the primary for letting a bill to strengthen the state’s sexual assault statutes languish in the lower chamber this past legislative session for the second straight year.

Regardless of these proxy political feuds, Dinowitz managed to keep the support of the district.

Despite the glee he exuded on primary night, Dinowitz may not want to pop the cork on too much champagne. Thanks to a recent state court ruling, the newly drawn Assembly districts will have to be reapportioned before the 2024 elections. And if the Assembly lines in the borough see the same drastic changes as those for the senate, then Dinowitz may have to plead his case to a brand new constituency come the next election cycle.