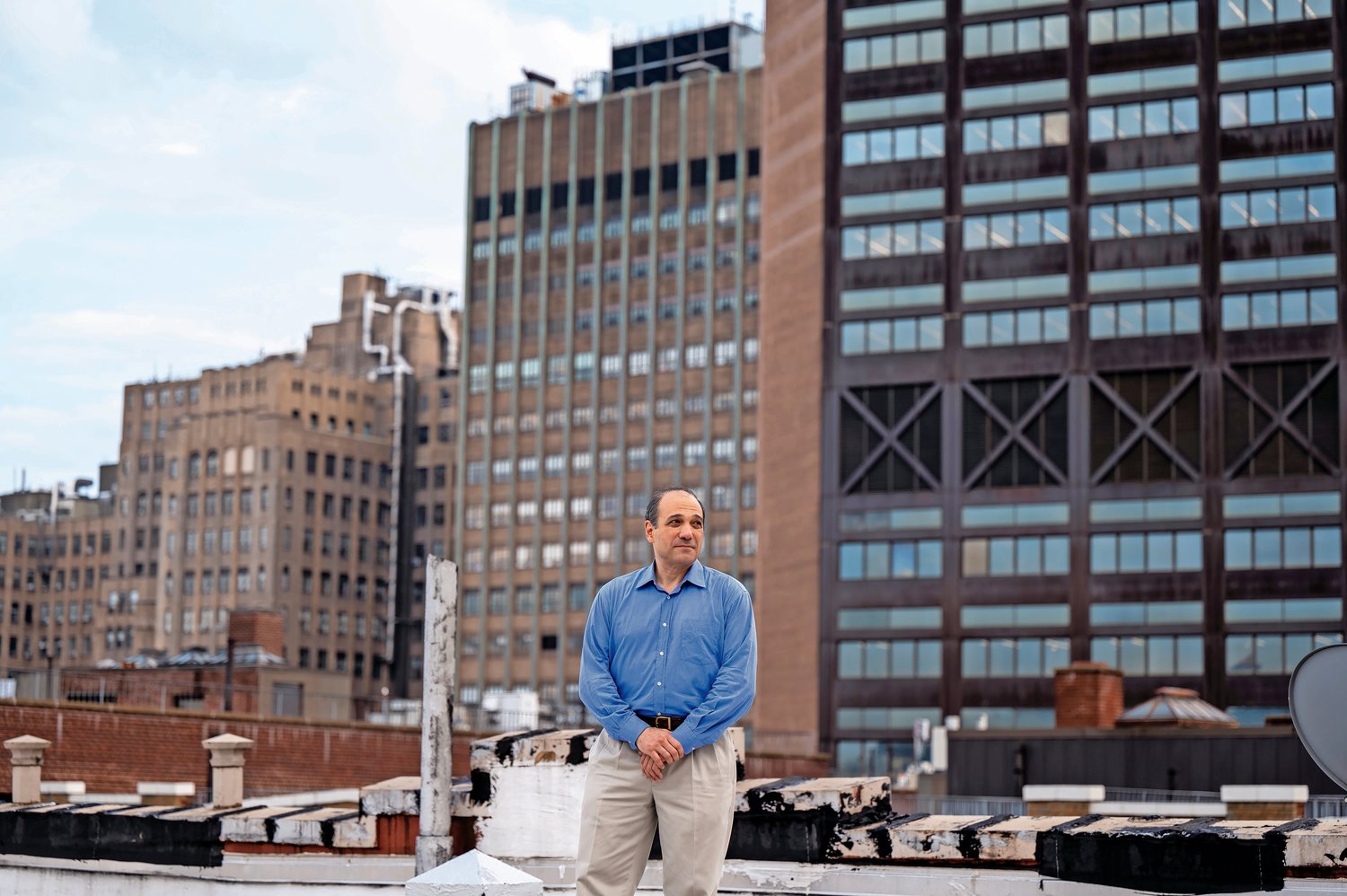 Michael Hano at his apartment building in Washington Heights on Monday, July 18, 2022. He is running against incumbent U.S. Rep. Adriano Espaillat in the 13th district Democratic primary.
Hiram Alejandro Durán
By Sachi McClendon

Michael Hano doesn’t have a background in politics. He’s never run for office. In fact, he makes a living selling specialty foods to exotic pet owners. “I’ve also worked as an animal wrangler. I’ve worked as a teacher. I also sometimes used to do educational programs with live animals,” Hano said.

Given this background, Hano did not expect to find himself running for congress in the new district 13. Yet here he is, taking on U.S. Rep. Adriano Espaillat — a career politician and one of the more powerful political players in upper Manhattan and the Bronx.

In fact, if it weren’t for Espaillat, Hano would most likely not be running at all. But as a concerned constituent of his, Hano felt compelled to enter the race in order to bring attention to what he sees as Espaillat’s troubling pattern of propping up corrupt politicians, his past brushes with scandals and his general mode of politicking.

“For me it was important to get on the ballot as a candidate, just so I have a better platform to make people aware of what’s really going on. Because the more research I’ve done, the more I was just shocked,” Hano said. “I see him as the root of the problem. And that’s why I’m running against him.”

Hano, who lives in Washington Heights and was born and raised in upper Manhattan, points to the several disgraced politicians who rose to power with Espaillat’s backing. “He’s a big political boss in upper Manhattan and part of the Bronx. He is the one who basically has placed most of the other elected officials in our area into those positions,” he said.

Hano’s first gripe is with Nelson Castro, Espaillat’s former chief of staff while he was in the assembly. Back in 2013, Castro — who had moved on to become an Assemblyman — resigned from office in a cloud of scandal and only narrowly avoided jail time after he began cooperating with the feds in a widely publicized corruption case.

Castro “lied to investigators and got caught. He ended up wearing a wire for two years. And as a result of the information that he gathered, a couple of politicians in the Bronx got arrested,” Hano said. “That’s Espaillat’s former chief of staff.”

Before Castro, there was Miguel Martinez — a former protégé of Espaillat — who resigned from city council in 2009 after pleading guilty to stealing tens of thousands of taxpayer dollars. Martinez and Espaillat did have a falling out a few years prior, however.

Then in 2016, Espaillat backed Marisol Alcantara to replace him in the Senate after he won the Democratic primary for Congress. Alcantara went on to join the Independent Democratic Conference, or IDC — a group of Democratic senators who aligned themselves with the Republican Party to bolster the right’s power. “As soon as she got elected, even before she took office, she announced she was joining the IDC,” Hano said. “Which was really not good for our community.”

“I did withdraw my support to her when she became a member of the IDC,” Espaillat told The Riverdale Press.  “There are dozens of other people that I’ve supported that I think are great leaders, and I’m disappointed that he doesn’t take that into consideration.”

More recently, Espaillat could be seen in photos with Angel Vasquez, Alcantara’s former chief of staff, indicating he may be backing him over Sen. Robert Jackson in the senate 31 district race.

“He’s recruited them. He’s supported them, endorsed them, helped them with their campaigns. And he’s the one who’s largely responsible for a lot of them being where they are,” Hano said.

Throughout his long political career, Espaillat has been snagged by at least one eye-brow-raising deal. In 2013, the Federal Bureau of Investigation began poking around into how Espaillat was doling out discretionary funds to community organizations with which he had close ties, according to the New York Post. “Look at these nonprofits that he was using to benefit himself and his family,” Hano said. It should be noted that Espaillat’s spokesman at the time denied that there was anything untoward about his community funding.

Hano, whose father is Japanese and mother’s Jewish, also doesn’t like how Espaillat has used his Dominican heritage to sway voters in the past. “He plays this thing where: Hey, he’s Dominican, it’s a largely Dominican community — they have to vote for him. If they don’t vote for the Dominican candidate, they’re a traitor,” Hano said, referencing a Politico article from 2014 which reported that fliers ostensibly in support of Espaillat were sent around calling another Dominican politician a “traitor” for not supporting him over his challenger who was Black.

“And that’s actually, I think, really damaging to the Dominican people who live here,” he said.

While Hano is crystal clear in his opinions of Espaillat, his legislative priorities, if elected, are still somewhat murky. “I think I’m very progressive on health care, on education, on housing, on climate change, and certainly on human rights,” he said. “I think housing especially — rents and just tenant’s issues are a really big thing.”

But for now, Hano’s campaign is based around highlighting the insufficiencies he sees in how Espaillat governs. “I’m going call these things out,” he said. “And maybe that’ll open the door for somebody who’s, you know, more politically connected.”

The congressional primary is slated for Aug. 23. In addition to Hano and Espaillat, Francisco Spies is on the ballot for the Democratic ticket.