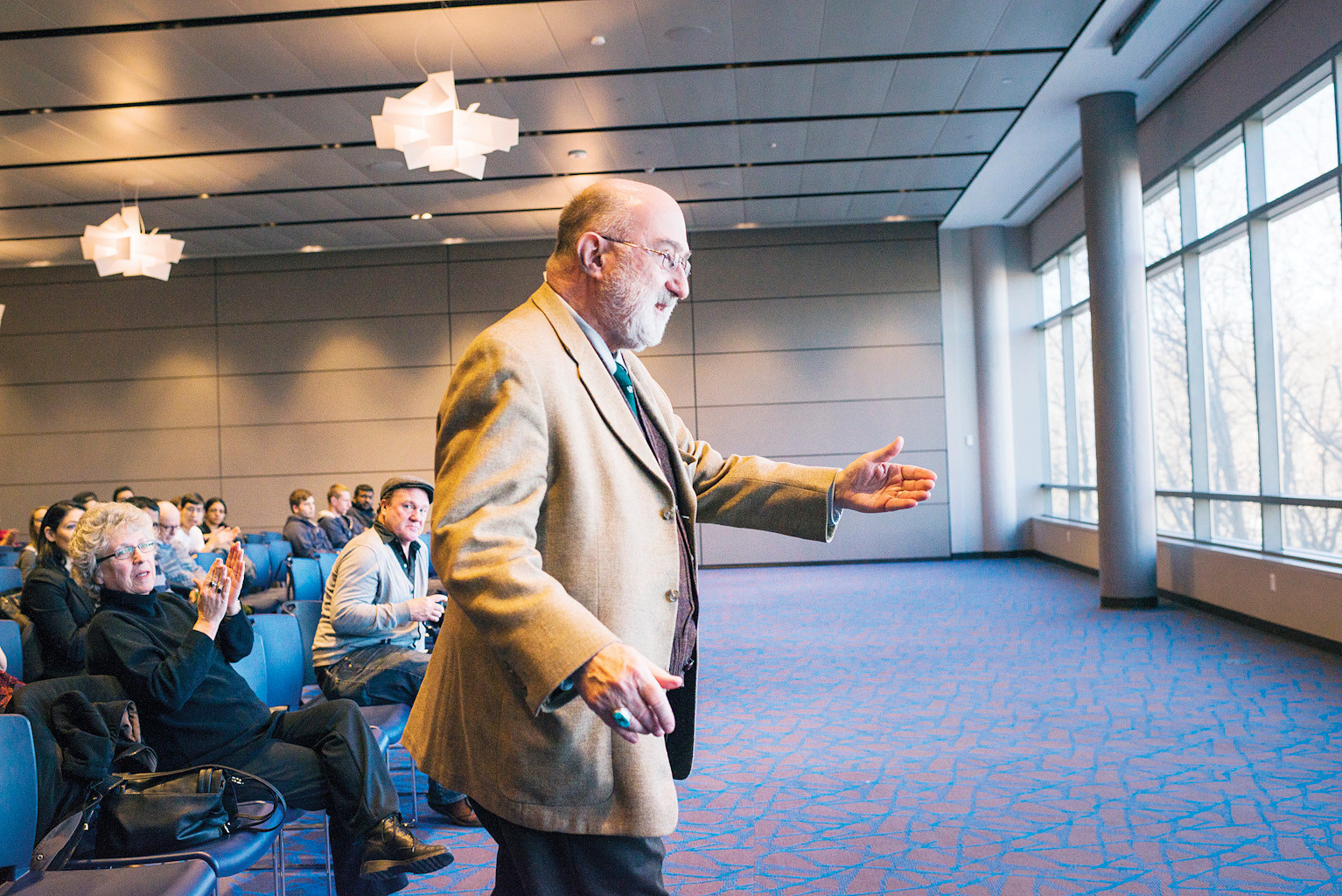 Author and historian Sander Gilman is introduced at Manhattan College on Monday. He spoke at a lecture called 'Is Anti-Semitism a Mental Illness?'
Adrian Fussell / The Riverdale Press
By Maya Rajamani

Is anti-Semitism a mental illness?

That was the question author and historian Sander Gilman grappled with during a lecture at Manhattan College on Monday.

“We are all of us in the same boat — battling extremism on all sides,” she said, pointing to the rise of both anti-Semitic and anti-Muslim sentiment in France.

Mr. Gilman began his lecture by discussing a group of Oxford University researchers who claimed to discover a drug that could induce racial bias in 2012.

The findings prompted some to argue that unconscious racial attitudes could possibly be modulated using drugs.

But Mr. Gilman sounded a skeptical note, asking, “How did we get to the point of imagining that we could give people pills to cure racism?”

He went on to discuss 19th- and 20th-century attitudes toward race and mental illness.

At the time, many believed “race science” was a factor in defining mental illness, with some scientists and historians going so far as to believe that “madness” and mental illness was inherent to groups like Africans and Jewish people.

One famous forensic psychologist, meanwhile, argued that the Jewish people were “crazy” due to the residual effect of persecution, which shifted blame from biological disposition to social context.

“[But] if it is the result of anti-Semitism, the ‘madness’ of the Jews, what causes anti-Semitism?” Mr. Gilman asked.

In the 19th century, Russian physician Leon Pinsker, attempted to answer this question in his writings, Mr. Gilman continued.

Dr. Pinsker argued that populations that included Jewish people suffered from “Judeo-phobia,” which he described as a hereditary, “psychic aberration.”

Racism, then, could be a product of a mental illness, as well as a crowd mentality, Mr. Gilman said.