Art for the ages: It’s not just a Homo sapiens thing anymore 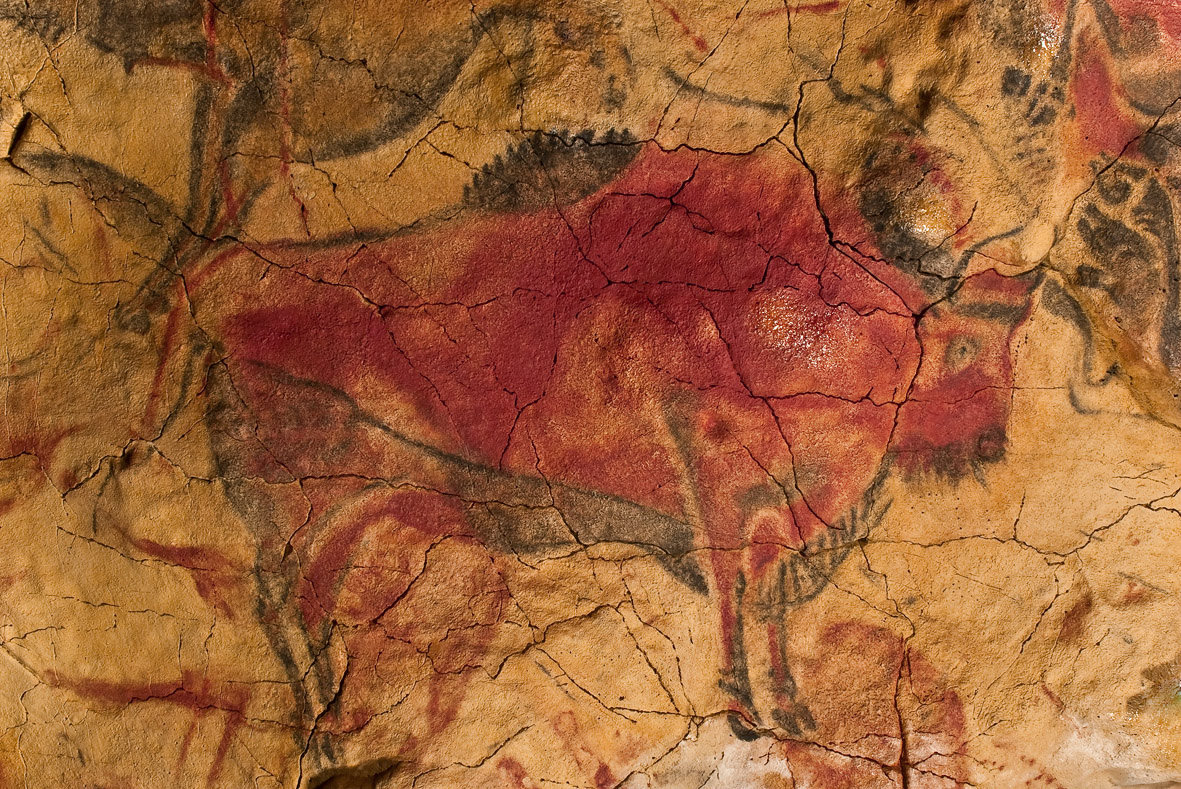 Humans have created art for a long time. For a very long time, particularly if your definition of art is “any embellishment that does not add to the functionality of an item.”

I no longer remember when I saw my first reproduction of a cave painting, but the magic of dynamic animals — racing horses, majestic rhinos, beautifully rendered bison, crouching lions and more — racing silently across stone walls, coming to life only when a lighted torch was present, was gripping.

Fifty years ago, while visiting Madrid, we were privileged to view partial reproductions from the Altamira Cave located in the forecourt of the National Archeological Museum. The cave itself — discovered in 1868 — is located in northern Spain near the port city of Santander, and was designated a UNESCO World Heritage site in 1985.

Cave environments are very fragile, and concern about serious degradation of the painting has led to severe restrictions on entry. Therefore, a replica cave has been created at the nearby National Museum and Research Center of Altamira.

Other well-known caves with extraordinary paintings and/or engravings include Chauvet — discovered in 1944, and located on the gorge of the Ardeche River, north of Marseilles and included into the UNESCO World Heritage list in 2014 — and Lascaux, discovered in 1940 in east-central France, and a UNESCO World Heritage site since 1979. The dating of these paintings range from approximately 15,000 to 35,000 years ago, although the Magura Cave in Bulgaria has similar paintings dating from between 8,000 and 10,000 years ago.

The works found in Lascaux, Chauvet and Altamira, as well as others from the same periods, had been thought to be the work of the anatomically modern humans only,  originally named Cro-Magnon (Homo sapiens), because older lineages, including Neanderthals (Homo sapiens neanderthalensis), were thought to be incapable of such sophisticated work.

Meanwhile, dating methods have become more refined over the years. The familiar carbon-14 method, developed in the 1940s, is accurate only up to 50,000 years ago. It is used in dating those cave paintings where carbon such as a burnt twig was used in the drawing.

However, the uranium-thorium method, used since the 1970s, has extended dating range accuracy to 500,000 years ago, and is being used to date the calcium carbonate that was deposited by water flowing over paintings older than 50,000 years. Use of the uranium-thorium method has shown that paintings found in three widely separated cave locations in Spain — in Pasiega, Maltravieso and Ardales — can be dated to approximately 64,000 years ago, making them indubitably the work of Neanderthals.

Tough materials such as stone, bone and ivory bearing signs of human working have been discovered at many archeological sites of early man. Between 125,000 and 105,000 years ago, a group of people known as Denisovians (members of genus Homo, but species unclear) left behind a single engraved human bone. However, the oldest evidence of an incised artwork, ascribed to Homo erectus, shows carefully executed zigzags on a freshwater mussel shell. Sand grains embedded in the shell have been dated to 500,000 years ago.

However, it is reasonable to assume that other more perishable materials have been used by hominids and humans to fashion clothing, tools or shelters. The most obvious ones are fibers, basketry materials, leather and wood.

Despite their perishability, we do have some clues.

In 2009, flax fibers dated to 34,000 years ago were found in a cave in the Republic of Georgia. The samples were not obvious to an observer, only being found upon microscopic examination of some soil sample. Additionally, some of the fibers appeared to be twisted and colored with plant dyes, indicating extensive knowledge of weaving, cordage and plants.

The earliest known woven garment is the linen Tarkhan Dress dated between 3482 and 3102 B.C., which is earlier than Egypt’s First Dynasty.

A 6,200-year-old cotton fabric was also excavated in 2009, but this material was found in the New World in Huaca Prieta, a desert area on the north coast of Peru. In addition, this cloth is the earliest known example of indigo dyeing, which is a technically advanced process.

The oldest examples of basketry are between 10,000 and 12,000 years old, and have been found in Faiyum in Egypt. And the oldest shoes using the basketry technique of twining are from Fort Rock Cave in Oregon, and are dated to between 9,200 and 10,500 years ago. The oldest leather shoe is from a 5,500-year-old moccasin found in an Armenian cave.

Wood is another readily available material whose use we can infer but is rarely found intact. Discovered in 1894 in the Shigir peat bogs near Yekaterinburg, Russia, is a larch (genus Larix) sculpture that stood approximately 17 feet tall. Known as the Shigir Idol, it is topped with carved heads while the length is covered with geometric designs. It dated to 11,500 years ago.

Unbelievably, there are several discoveries of ancient wooden spears dated to 400,000 years ago that were preserved under special conditions and would have been made by Homo heidelbergensis.

With that very lengthy introduction, I would like to continue next time with an outstanding artist who works only with ephemerals, Susanna Bauer. Please join me then!