Artists come together at two locations to answer Bronx Calling 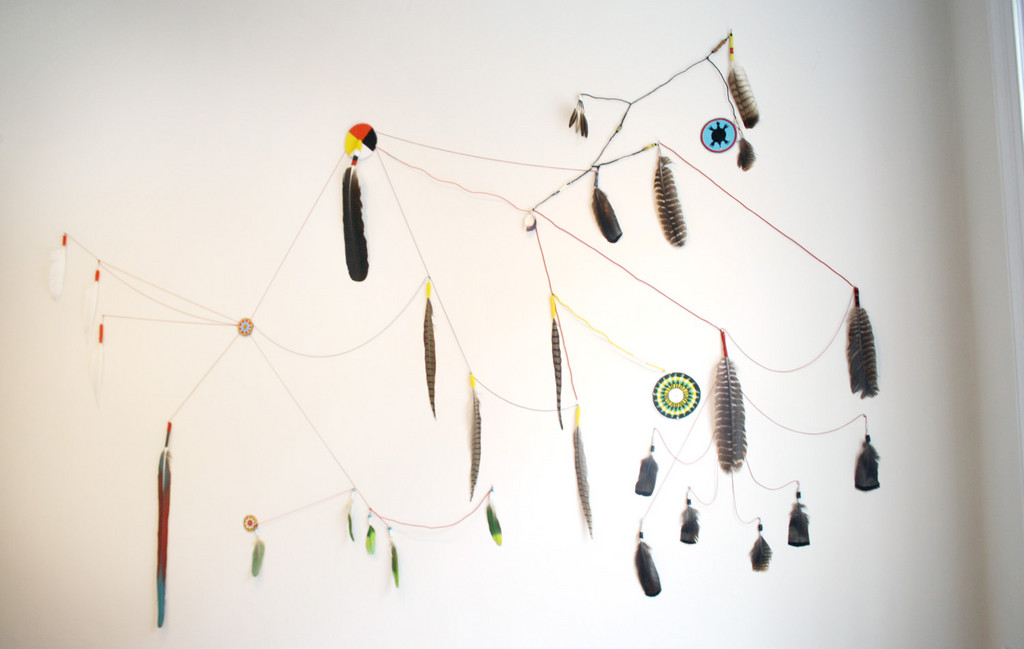 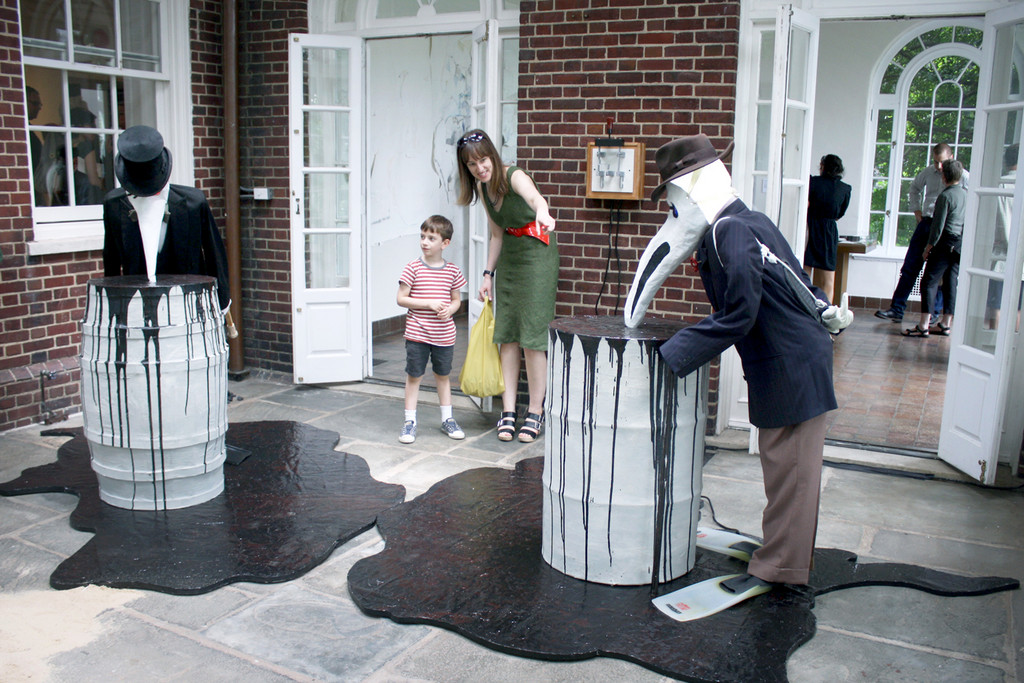 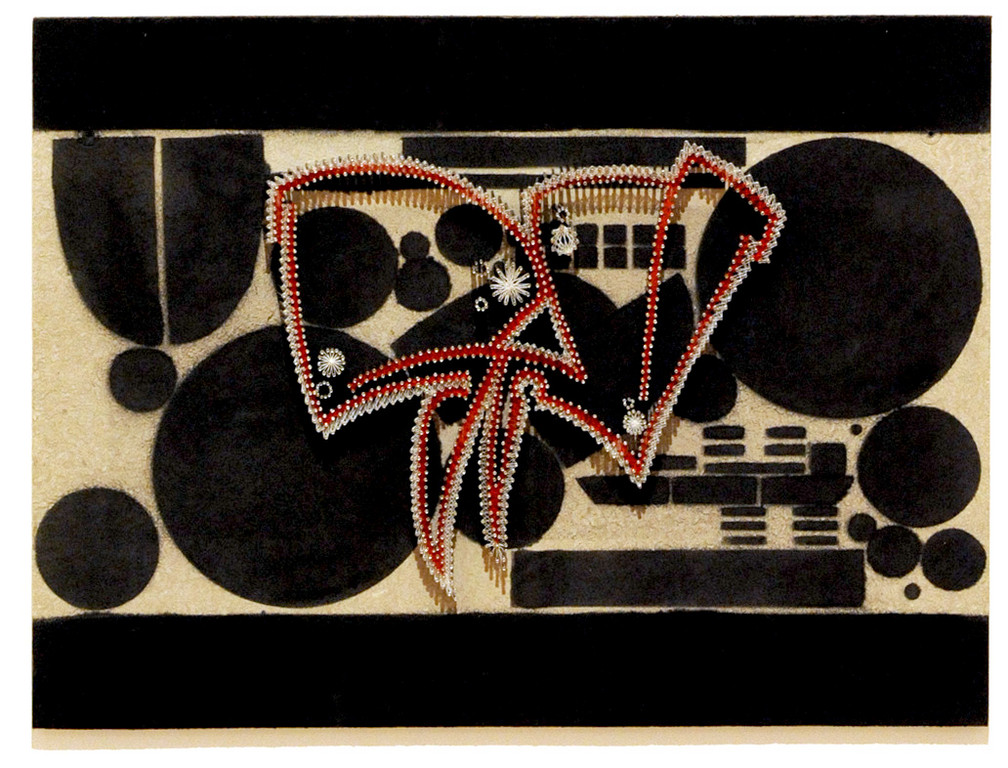 Glendalys Medina's 2011 work entitled 'sk,' a 17" x 21" piece done with spray paint, nails and yarn on board, hangs on exhibit at the Bronx Museum as part of the TAKING AIM! 30-Year Anniversary Exhibition. 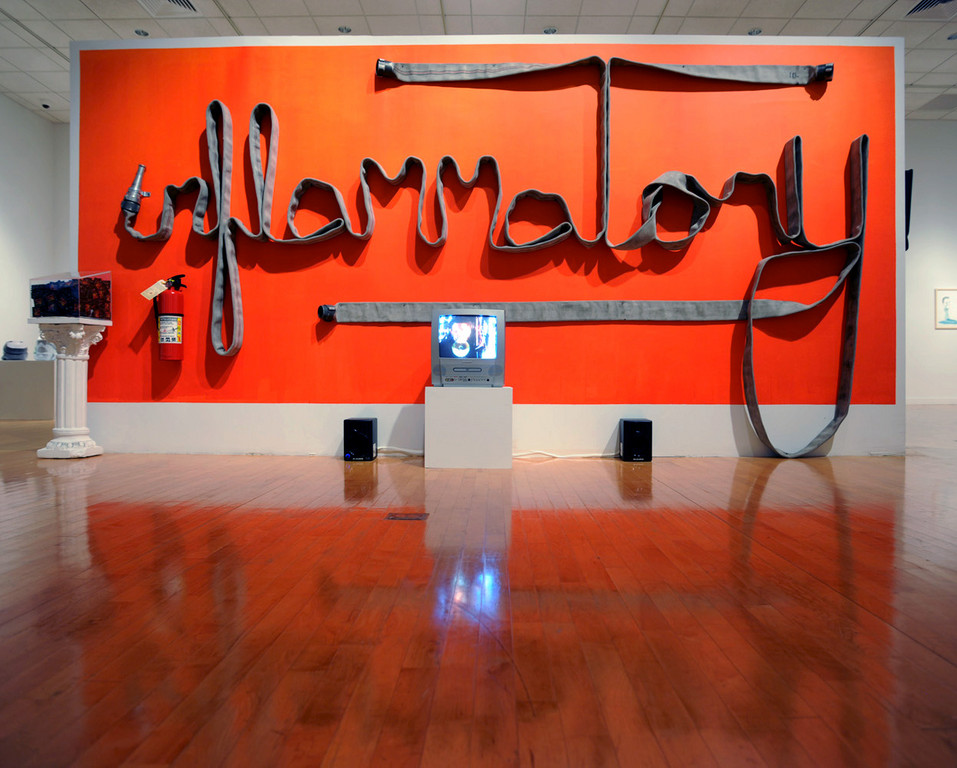 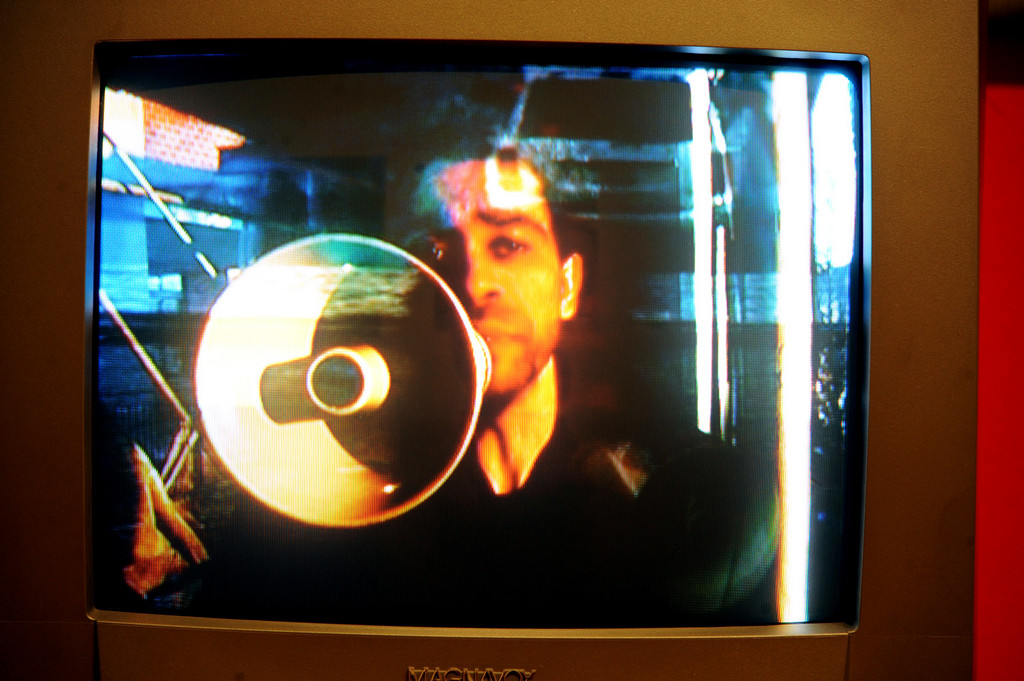 If the fire hose winding its way along the wall, spelling out “Inflammatory” in cursive, doesn’t draw your eyes toward the Riverdalian’s piece, the television playing video of a man bellowing the word’s definition and its synonyms through a megaphone is sure to lure you in.

Mr. Enright worked for months to create his installation, which he said is meant to stoke discussion of the fiery word.

“The whole thing is a meditation on the notion of inflammatory speech, what it is and what it means and who should be able to judge when its O.K. to deal with taboo subjects,” Mr. Enright said. “To me its an interesting question, because its like, who knows, anybody can accuse anybody of speaking in an inflammatory way if they don’t like what you’re saying.”

Many of the pieces on display are meant to provoke dialogue about social issues. Xavier Figueroa’s installation, “The Conversation Piece,” depicts human-sized dipping birds drinking from oil containers.

The Lehman College grad and former Kingsbridge resident said his sculptures, two of which are clad like a 19th century upper-class socialite and a 20th century middle-class businessman, is a “conversation between two different classes of people” on their use of oil.

The piece is arranged so that visitors are able to stroll in and around the dipping birds and oil containers.

“I try to make interactive environments where people can walk into it and touch things and actually be the cause of how it changes,” Mr. Figueroa said.

Mr. Figueroa said “The Conversation Piece” is the first in a series of installations called “Social Paths” and he plans to reuse the materials from the biennial for the series’ next two installations.