As coronavirus rates fall, anxieties in the community remain on the rise 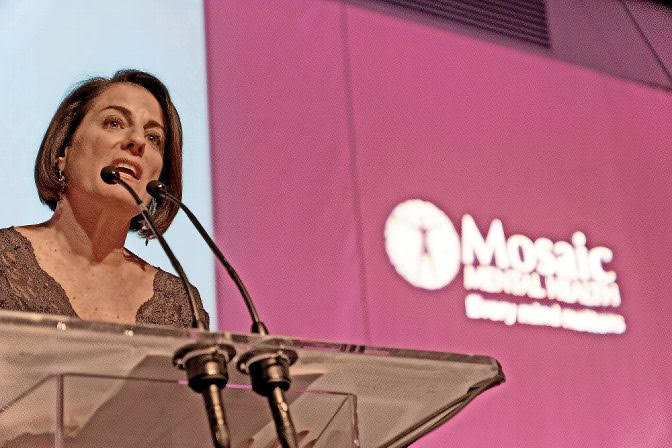 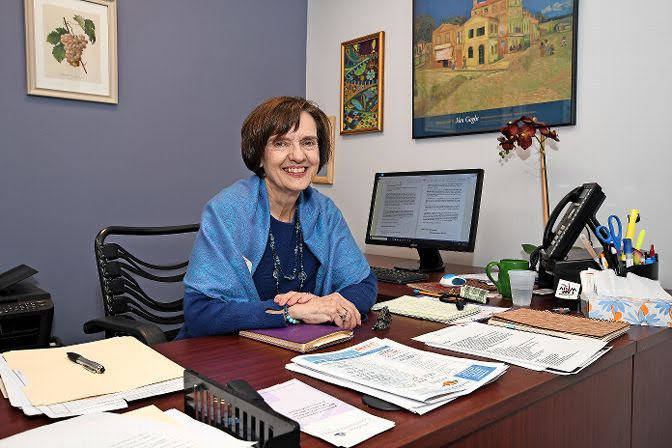 Senior citizens are one of the groups most vulnerable to the coronavirus, risking hospitalization and even death. That means they’re especially nervous about going into the world, says Julie Dalton, executive director of RSS-Riverdale Senior Services. But she has encouraged seniors to take precautions and see friends and family now that some of the pandemic restrictions have lifted.
Courtesy of RSS - Riverdale Senior Services
Previous Next
By KIRSTYN BRENDLEN

It’s been nearly four months since New York closed for business, sending millions of students to learn remotely while their parents worked from home — if at all — shuttering restaurants and retail stores, and leaving a visit to the grocery store as the most social activity for many people.

While shutting down was the solution for physical health by bringing coronavirus infections and deaths down significantly from a peak in April, it took a toll on the mental health of those closed up inside.

“From the perspective of the clients, I feel like they have been mirroring a lot of what I’ve personally been going through,” said Jennifer Hili, a psychotherapist and clinical social worker who practices in Westchester County. Like “just being home with kids, and worrying about the impacts that it’s having on them.”

While many have felt stressed and isolated, that burden weighed especially heavily on people in vulnerable populations — particularly senior citizens and those with existing health issues — and people who live alone, without partners or family members. Often, Hili said, those factors overlap — especially for seniors.

Even for people who have their families nearby, living in such close quarters for so long can be stressful.

“I think a lot of family problems tended to get exacerbated, depending on the nature of it, and there were reports of a lot of increases of domestic violence, of alcohol use,” Hili said. “More important than all of that — or equally as important — people were just really worried — more so in the beginning — being in the epicenter. What it meant (was) if they were going to be able to keep themselves and their families safe.”

For her clients who felt isolated, Hili encouraged them to rely on technology to stay connected as Zoom online videoconferencing meetings and quiz nights swept the nation. Still, that proved difficult for some.

Julie Dalton, executive director at RSS-Riverdale Senior Services, said that as far as those participating in their geriatric mental health program, anxieties shifted as weeks, then months, went by.

“It was really about the uncertainty of what’s going to happen and their safety,” she said. “Then as the months have progressed, it kind of shifted a little bit in that some people who were sheltering in place did somewhat have a routine. Those who have internet access and tech skills could connect with us. But then their sense of isolation started to increase as the weeks went on.”

Like Hili, Dalton said many seniors live alone. Even those with local family members were often alone as those same relatives stayed away out of fear of spreading the virus to them.

As the city has started to reopen, with thousands piling into the streets to dine outdoors and return to work, it’s been difficult for those same isolated seniors to venture out themselves, since they still remain quite vulnerable to the coronavirus.

“We’ve been very frank with them,” Dalton said.

“We completely understand, particularly for those that aren’t connected to technology and can’t do the classes, etc., is that they need to also speak to their doctor. They need to follow all the protocols. They need to wear a mask. They need to limit their time out.”

One group associated with RSS decided to go out for lunch on Johnson Avenue, socially distancing and wearing masks, Dalton said. They reported it made “a world of difference” to get out in public and see their friends, even with restrictions.

While New York City — once the COVID epicenter of the world — has seen record-low infections and deaths, cases are skyrocketing around the country in states that have loosened restrictions. Donna Demitri Freidman, executive director of Mosaic Mental Health in North Riverdale, said anxieties among her clients at Mosaic are rising as they face the prospect of going back to the “real world.”

“From the standpoint of just watching the rest of the country open up some and seeing how really still dangerous it is,” Freidman said. “And what does that look like to social distance and prepare in ways that really are challenging to keep people safe?”

Mosaic has welcomed new clients, even as it moved exclusively to video and phone sessions, Freidman said. A lot of it is because people struggle to cope with the realities of facing a global pandemic.

In fact, Freidman believes this pandemic will likely turn out to be one of the biggest mental health crises the country has ever seen.

While the threat of closures looms as other states struggle to maintain lower infection rates, Hili sees the silver lining as New Yorkers get a break from being locked up. Still she believes people should take precautions while they go about their semi-normal lives, and prepare for a time when restrictions might be put back in place.

“I know it’s really a difficult balance, but that is the difficult balance,” Hili said. “To try to be in the present and enjoy the days we have, keeping in mind that there might be another time when we go through that difficulty.”