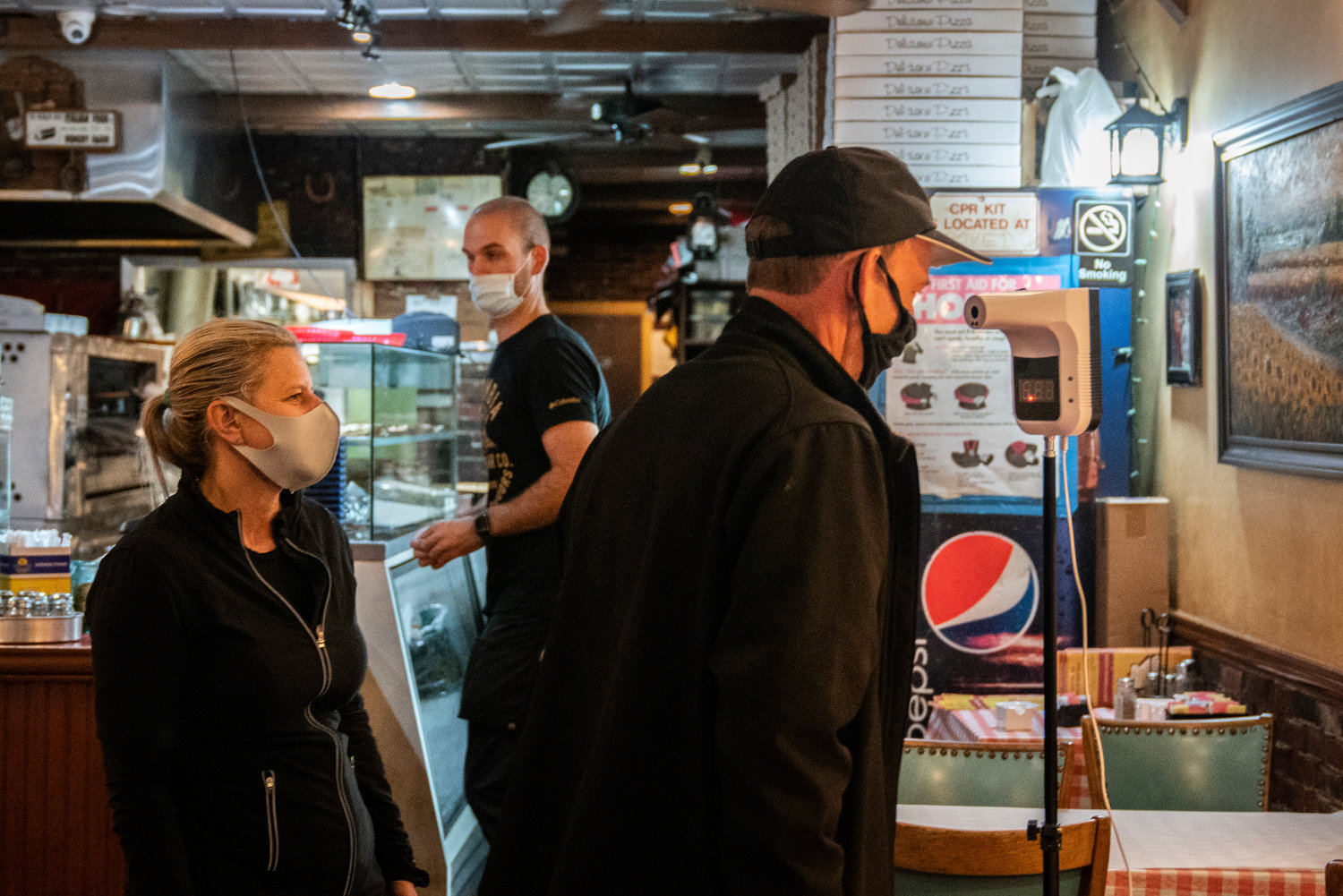 Customers got their temperatures checked as they prepare to dine inside Salvatore’s of Soho. But as COVID-19 starts to show its head again in the city, officials say it may be time to stop public dining inside.
Hiram Alejandro DurÃ¡n 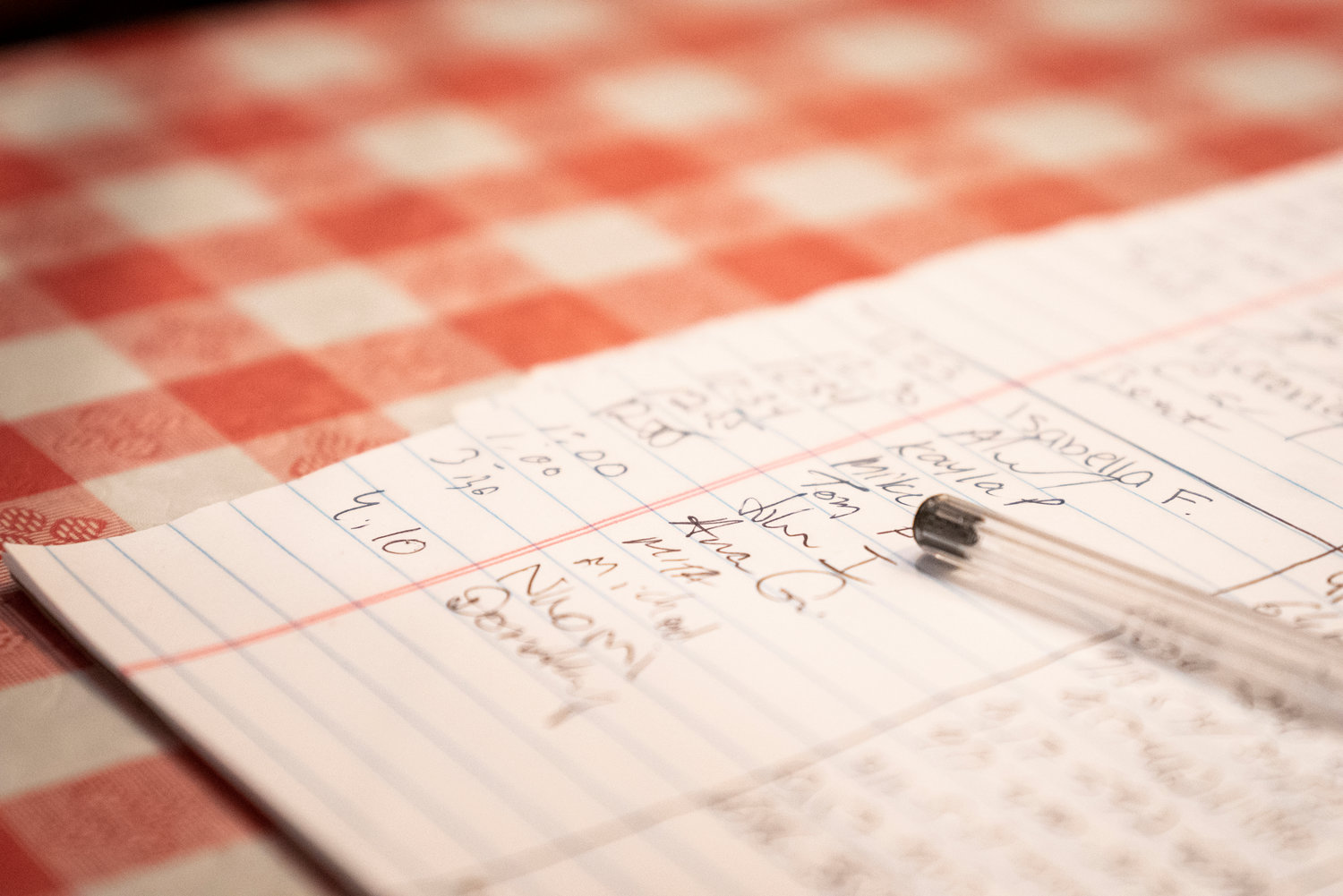 Contact tracing, temperature checks and more attempt to slow the spread of COVID-19 as case rates rise. Sticking with outdoor dining, wearing a mask, and staying away from others is key to slowing the spread, says Dr. David Goldberg.
Hiram Alejandro Durán 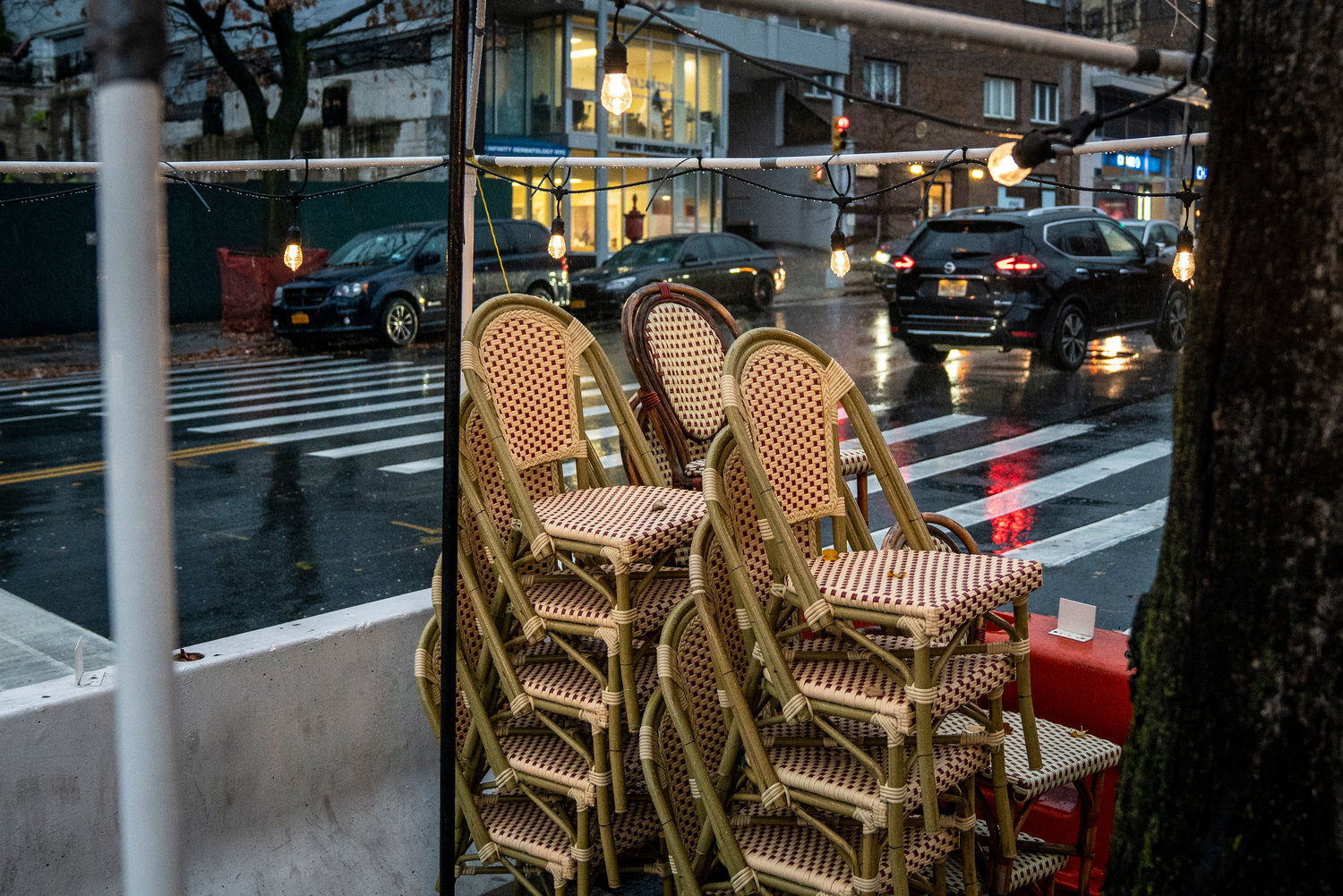 Thinking about eating indoors? It might be time to put on a coat and stay outside, said Dr. David Goldberg, an infectious disease specialist. While cases creep up, going back to basics of keeping a six-foot distance and wearing a mask indoors can slow the spread of the virus that causes COVID-19.
Hiram Alejandro Durán 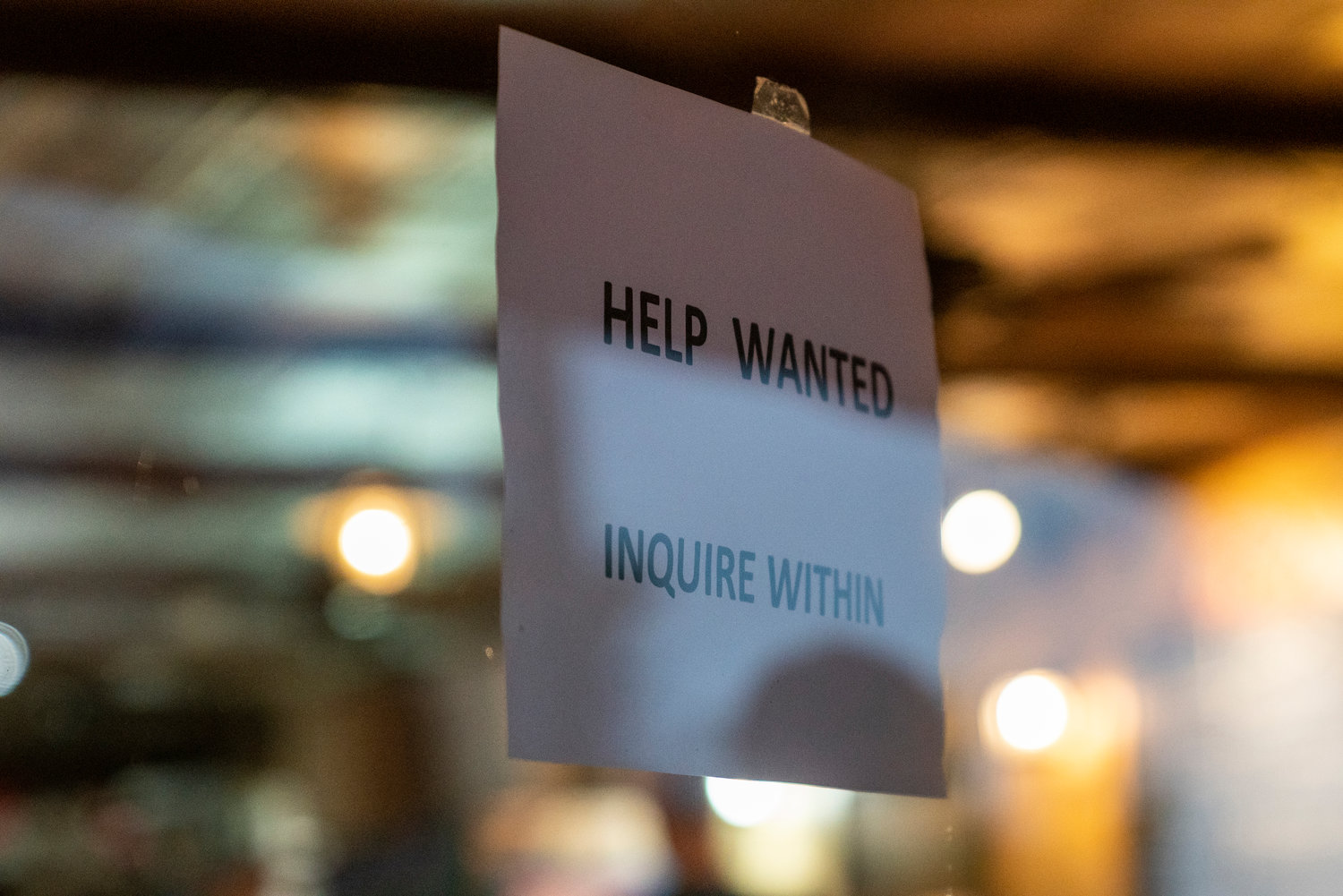 Dining and shopping aren’t the only concerns for Dr. David Goldberg as COVID-19 cases start to rise. He warned that gathering indoors for the holidays could create a super-spreader event, and instead encouraged families to wait until next year.
Hiram Alejandro Durán 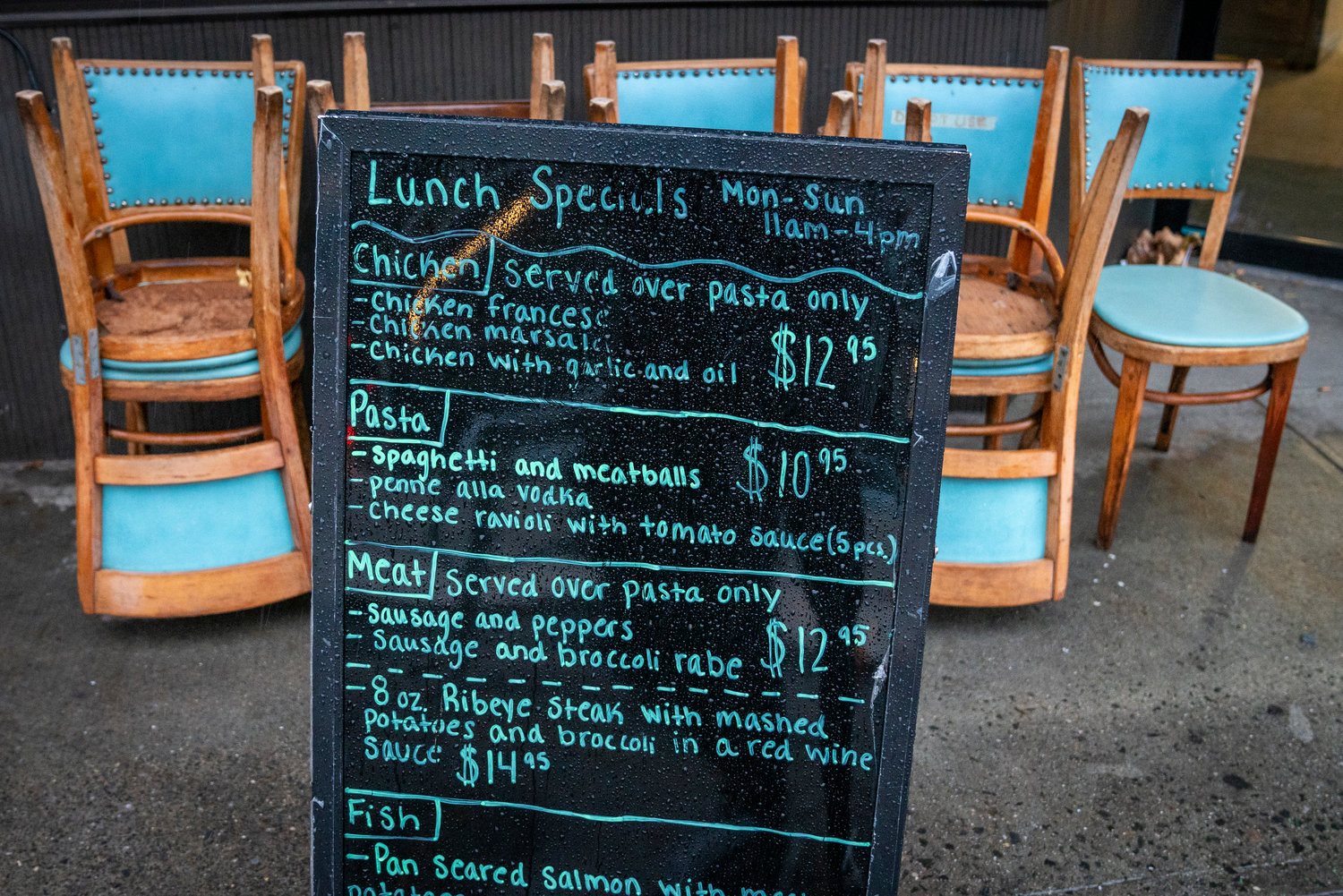 Concern was originally sparked by hot spots — neighborhoods mostly in Brooklyn and Queens that had positive coronavirus rates spiking as high as 5 percent.

Gov. Andrew Cuomo’s “cluster zones” saw some schools and non-essential businesses closed in an effort to keep infections contained. And during daily briefings, the governor separated those cluster zones from other statewide positive rates.

As November began, however, rates began to climb outside of those “cluster zones.” It wasn’t a surprise — experts had been warning of a second wave of the coronavirus since spring, one that would overlap with the annual flu season.

As of Tuesday, the city’s seven-day average of positive SARS-CoV-2 tests was just above 2.7 percent, with 7,400 cases and more than 400 hospitalizations reported citywide. Cases, hospitalizations and even deaths had all increased over the weekly average from October.

In this part of the Bronx, the seven-day positive rates were just under 3 percent in the 10471 ZIP code, including Riverdale and Fieldston, and just over 2 percent in 10463, which includes Kingsbridge and Spuyten Duyvil.

The positive rate stayed below that metric over the weekend, though it’s impossible to know for how long. On Monday and Tuesday, rates remained under 3 percent, keeping schools open, although updates on social media from de Blasio indicated he was taking it day-by-day.

It’s the first time positive coronavirus rates have remained that high, and trended upward, since the spring.

There was one big difference last spring, however. Schools, offices, restaurants and most retail stores were closed. Unless they were essential employees, most people were only venturing out for takeout and groceries. Retail employees and students were home, and most college campuses were shuttered.

Public health experts have for months predicted a second wave in the fall, even while New York and surrounding states had a relatively calm summer. As cases begin to climb, some have criticized Cuomo and de Blasio for acting too slowly. While restaurants and bars must now close at 10 p.m., they are still open for indoor dining at limited capacity.

Dr. David Goldberg, a primary care physician and infectious disease specialist at NewYork-Presbyterian Medical Group Westchester, was most concerned about the holidays like Thanksgiving and Christmas.

Along with keeping up with wearing masks, washing hands and keeping away from people, Goldberg says one of the most important things people can do to reduce the spread was not to gather for their annual holiday dinner next week.

“The only way Thanksgiving could really be safe is for everybody who is going to come to quarantine for two full weeks before they come,” Goldberg said. “Otherwise, your Thanksgiving dinner could become a spreader event.”

Keep dinner small, he said, and don’t gather with people outside of your household.

As for dining and shopping, Goldberg said if you can handle the chill, dining outdoors with adequate spacing between tables — or plexiglass dividers if tables are too close — is still fine. Many restaurants are dedicated to keeping up outdoor dining through the winter, building up on their existing sidewalk setups.

As the weather cools, these eateries have hauled out heaters, trying to provide some degree of insulation for their diners. Yet, these restaurants owners have to be careful not to stay too far — covering all four sides of an outdoor eating area will force the restaurant to follow indoor dining restrictions in that space.

“Stores are fine, as long as everybody is wearing a mask, and staying six feet apart,” Goldberg said. “We’re not at the point where people have to hunker down and get everything ordered by takeout or delivery.”

He hoped the “second wave” wouldn’t be as bad as the horror of the first, since many in New York are, by and large, complying with mask mandates. And hospitals are better prepared and equipped to handle the disease.

While the summer provided a relief with low infection rates and safer ways to gather outdoors, it may also have created a false sense of security, Goldberg said, making people feel like they can still see friends and family now. Combined with “pandemic fatigue” and a desire for holiday normalcy, the typical merry months could become dangerous.

But, he added, it’s important to keep things in perspective.

Those preparing for smaller holiday celebrations should take heart, he said, at news of two potentially highly effective vaccines. Drugmakers Pfizer and Moderna both recently announced their vaccines were more than 90 percent effective in trails — with Moderna reporting an effectiveness above 95 percent.

While it will take time for trials to finish and the drugs to be manufactured and distributed, Goldberg hopes to see the most at-risk people — like health care workers and nursing home patients — receiving the vaccine relatively soon. By next fall, he said, things could look relatively normal again.

“And knowing that there is a light, I think, at the end of the tunnel, I hope will help people tolerate the deprivation we’re going to have to go through for the next few months.”