While all three favor progressive policies, they don't agree on everything 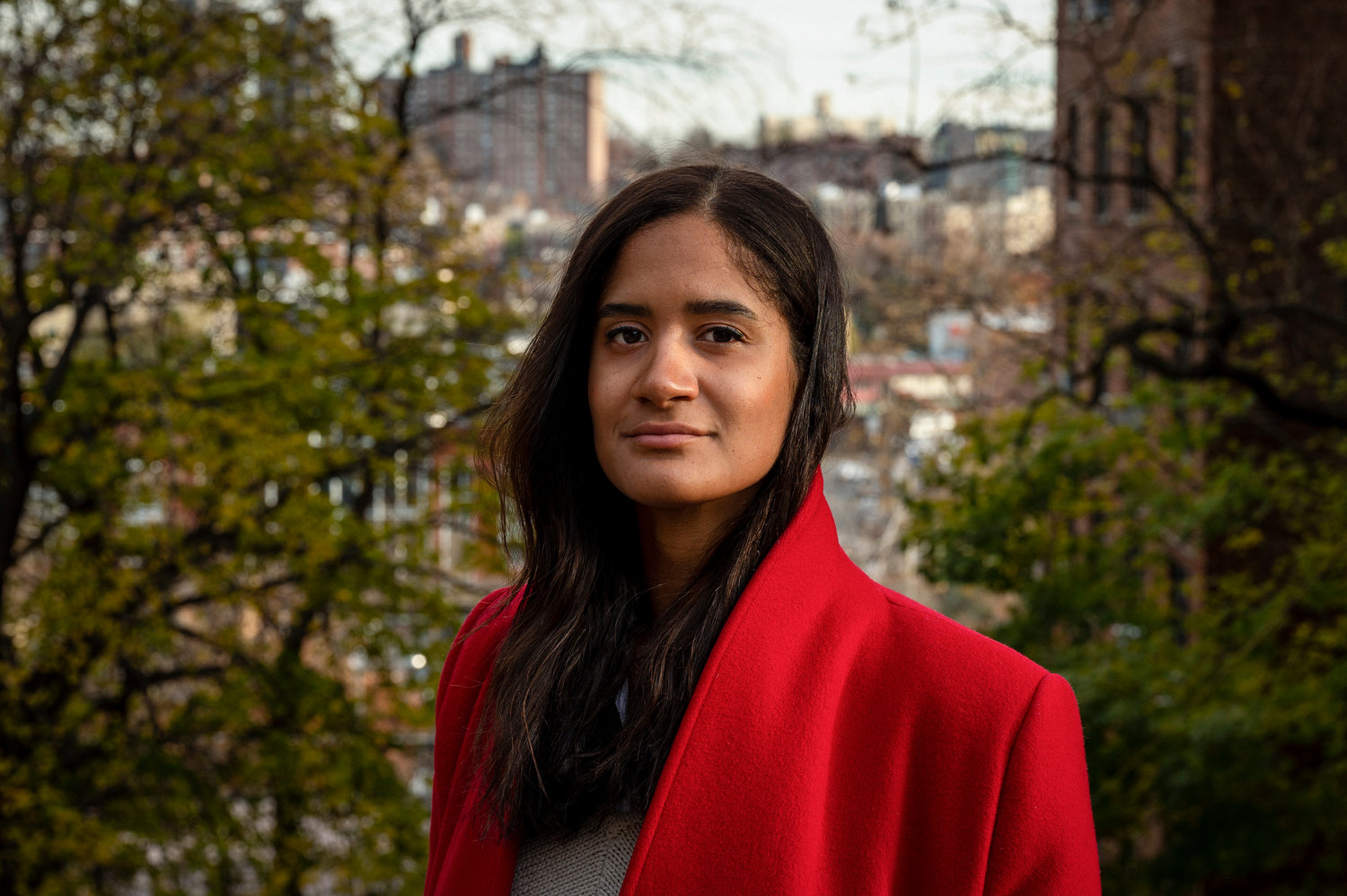 Jessica Woolford, a former New York City press secretary for U.S. Sen. Kirsten Gillibrand, is determined to unseat Assemblyman Jeffrey Dinowitz in this year’s Democratic primary. Growing up in Kingsbridge and now living in Riverdale, Woolford says she’s seen the divide between the two neighborhoods firsthand, with hopes of addressing it in Albany.
Hiram Alejandro Durán 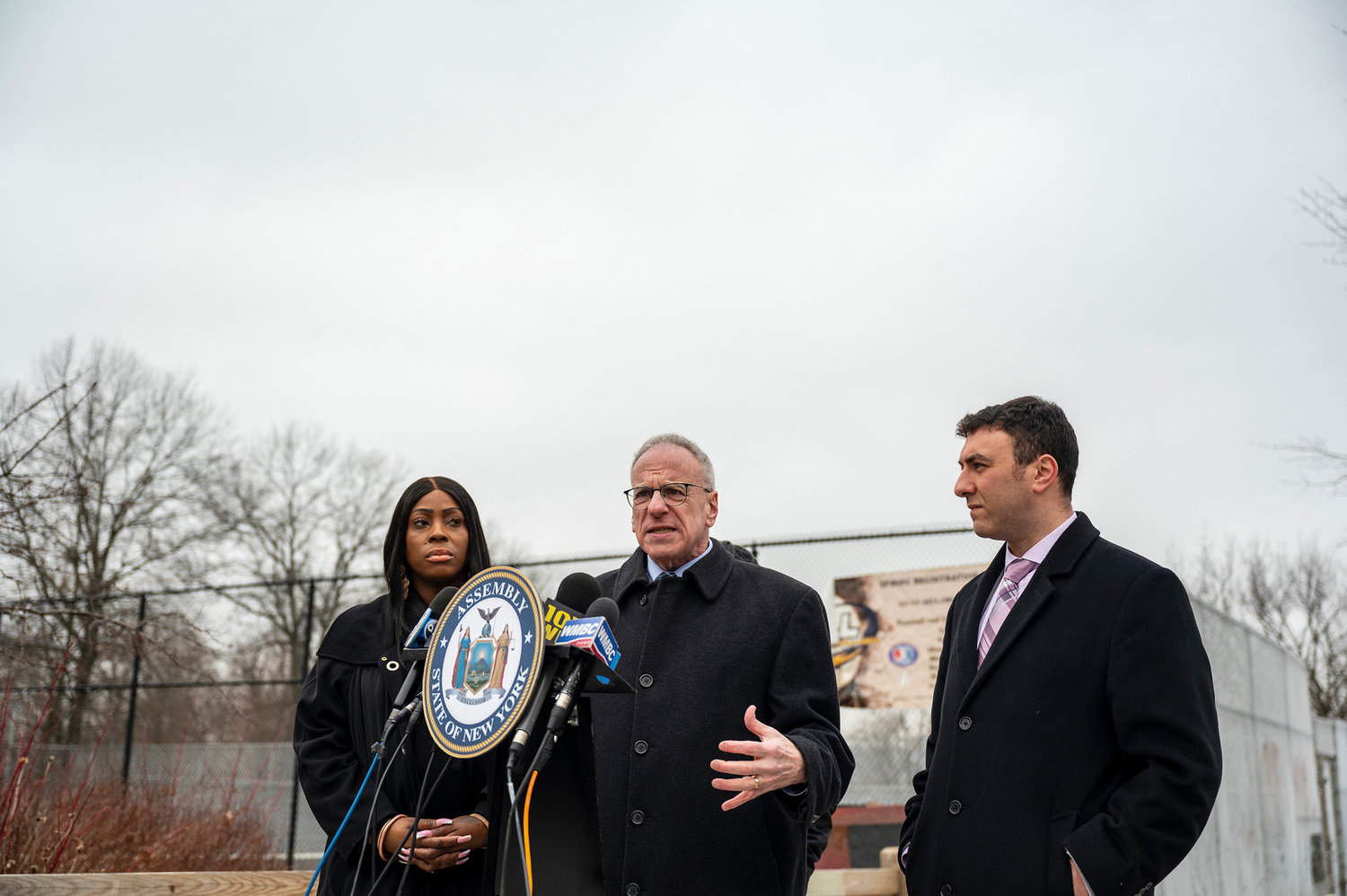 Assemblyman Jeffrey Dinowitz (center) has represented this district since 1994. In a virtual forum over the weekend, one of his challengers in the Democratic primary — Jessica Woolford — said it’s time for a change in leadership..
Hiram Alejandro DurÃ¡n 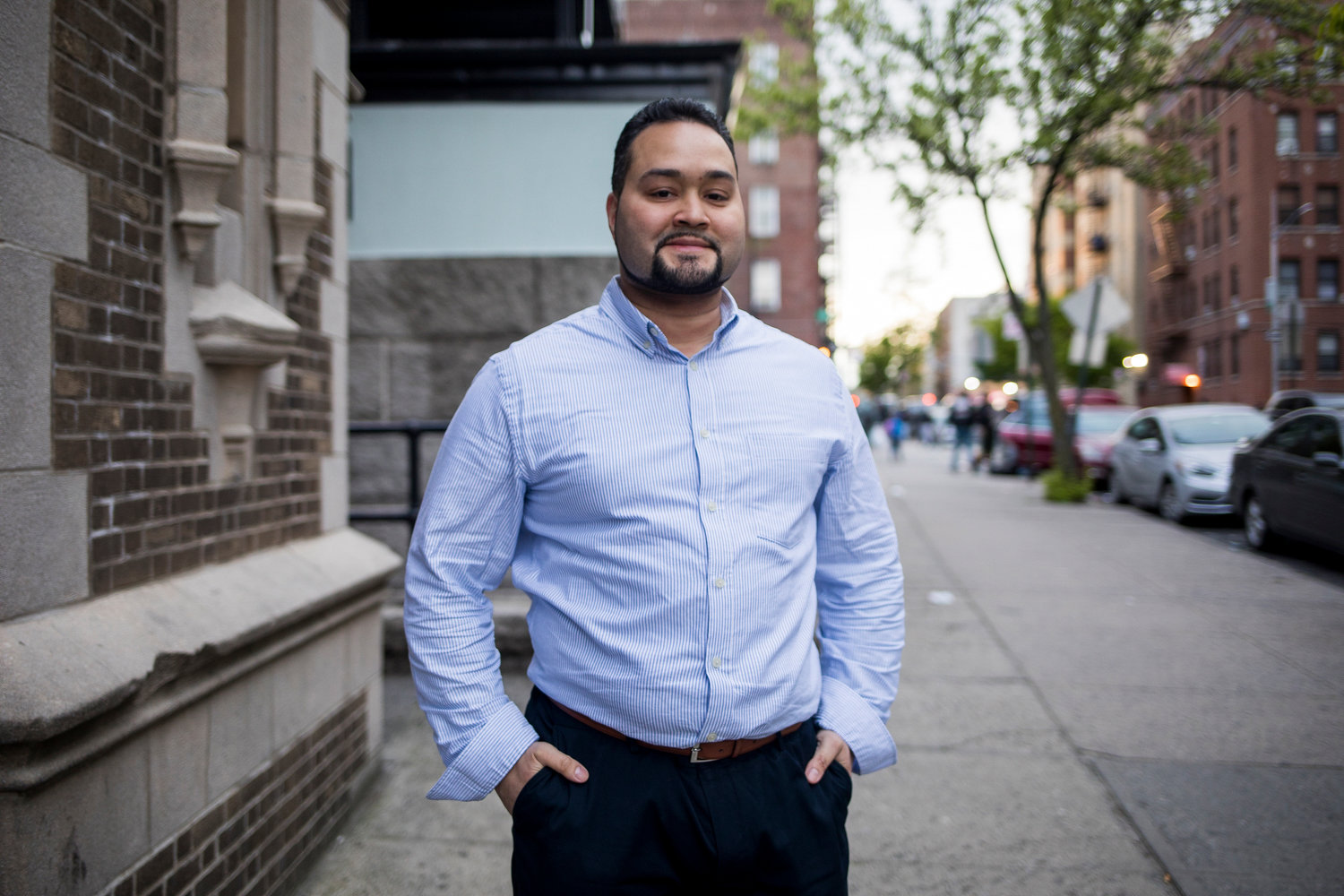 At a virtual forum Sunday of all three Democratic candidates for the 81st state Assembly seat, housing, health care, parole reform and climate change were the topics du jour. There was even some discussion about their favorite place to grab a bite to eat in the district.

While the candidates share many of the same policy goals, they did emphasize different issues facing the district, tipping off those in attendance as to what they would focus on if elected — or in Assemblyman Jeffrey Dinowitz’ case — re-elected.

“I understand and know the issues of housing better than almost anybody,” the Assemblyman said. “There was my legislation — the Tenant Safe Harbor Act and the eviction moratorium — that prevented tens of thousands of people from being evicted and possibly becoming homeless during the pandemic.”

Jessica Woolford made equity a central fixture in her responses. In her opening statement, she drew attention to her mutual aid group Kingsbridge Unidos, which  she said has distributed over 35,000 pounds of fresh produce to those in the community since the onset of the pandemic. “The main thing for us is about equity,” she said, “It’s about accessibility, and it’s about affirming the care and compassion that folks across the Northwest Bronx and New Yorkers statewide deserve.”

Dinowitz said his top priority for this legislative session is the passage of the New York Health Act, which would create a single-payer health care system managed by the state, eliminating most private health insurance in the process. First introduced in the 1990s, the progressive bill has seen many forms and has faced significant pushback from Republicans and certain unions over the years.

Labor unions successfully fought hard to get excellent health care packages for their members, he said. “So, they don’t want their members being put into what they (are) fearful of being a worse place.” Despite this, Dinowitz said he believes the 2022 session could be when bill finally becomes law as COVID-19 has highlighted the healthcare disparities within the state.

One issue the candidates did disagree on was parole reform. As The Riverdale Press previously reported, Dinowitz — despite supporting separate measures tweaking paroles for convicts — has been hesitant on putting his full support behind the elder parole bill, which would make every prisoner over the age of 55 who has served at least 15 years of their sentence eligible for a parole hearing. Dinowitz has said in the past he would like to see certain carve-outs for those convicted of particularly egregious crimes.

Even though he said he supported the bill in its current form, Diaz appeared to side with Dinowitz, saying that there should be exceptions for those convicted of sex crimes. “In most cases, someone who has been arrested for a sex crime, it’s not the first time they committed it. It’s likely not the second time,” he said. “It’s a psychological issue and quite frankly, it’s evil. Let’s be blunt about it.”

Woolford, who is in support of the proposed legislation — along with its twin Fair and Timely Parole bill — said, “I think that we need to move away from punitive measures and we need to really work towards a future of reparative and restorative justice for our communities.”

Toward the end of the forum, each candidate got an opportunity to direct a question to another candidate. Dinowitz asked Diaz what the difference was between himself and Woolford. Diaz, who clearly doesn’t subscribe to knowing all there is to know about his opponents, said he didn’t know enough about Woolford or her policies to draw any significant differences.

Both challengers directed their questions at the Assemblyman. In perhaps the most confrontational moment of the debate, Woolford asked Dinowitz if he would pledge — as she has done — not to take contributions from corporate PACs and real estate groups.

“I don’t believe that I make it a habit of taking real estate money or corporate PAC money,” he responded. “And if I have some contributions — I don’t know that I do — so what?”

The candidates all then flashed through the lightning round, giving a personal touch to an otherwise policy-heavy debate. Other than campaigning, Dinowitz loves spending time with his grandkids and eating at Liebman’s Deli on 235th street. Diaz likes the Marvel franchise and walking through neighborhoods in the Bronx. Woolford also likes walking — just through Van Cortlandt Park — and eating at El Economico on Broadway.

The debate rounded out with final remarks from each of the candidates. Diaz listed his policy interests. Dinowitz leaned on his experience. Woolford called for the old guard to make way for the new.

“I was four years old starting at Head Start in the Marble Hill houses when the Assemblymember first became our Assemblymember” Woolford said. “It’s 2022. It’s time for a fresh start for our district.”

The Democratic primary is scheduled for June 28.