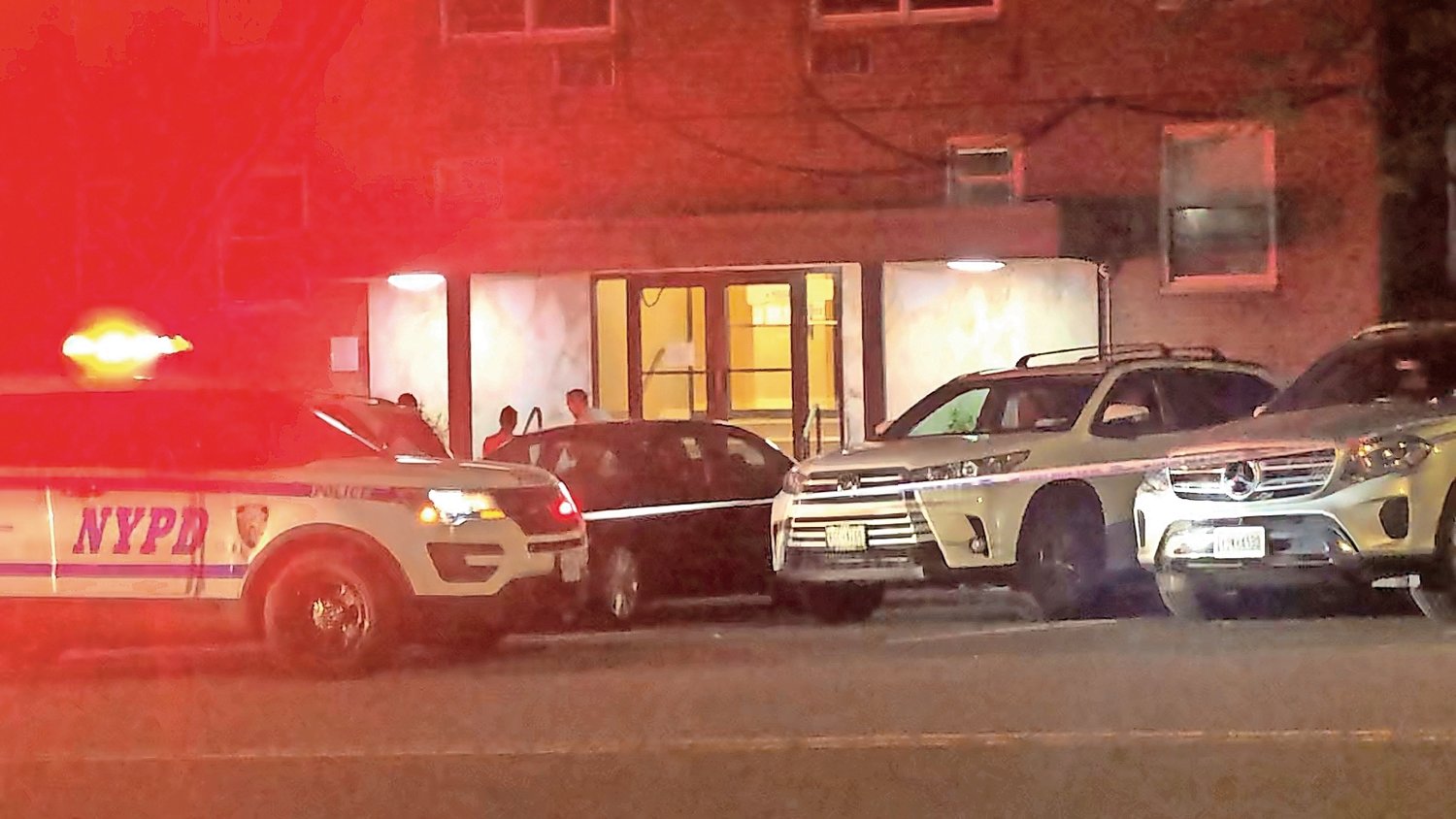 New York City Police Department officers from the 50th precinct responded to a shooting outside 3800 Independence Avenue early Saturday morning where they found a NYPD auxiliary officer with a gunshot wound to the left leg. Police are searching for three suspects.
Courtesy of Luka Khetsuriani
By Sachi McClendon and Gary Larkin

A 23-year-old New York Police Department auxiliary officer was shot Saturday morning in the leg outside a 72-unit apartment building on Independence Avenue, according to police and news reports.

Police from the 50th Precinct responded to a 911 call of a male shot in front of 3800 Independence Ave. in Central Riverdale, according to police. Upon arrival, officers observed a male with a gunshot wound to the left leg. EMS responded and transported the victim to St. Barnabas Hospital in stable condition.

Preliminary investigation revealed three males wearing masks surrounded the victim while he was on his 2017 White Kawasaki motorcycle, discharged a firearm striking him in the leg and then stole the motorcycle and a bag containing his cellphone.

All three suspects fled the location with the stolen motorcycle and at least one other motorcycle.  The investigation is ongoing.

An $80,000 Range Rover was stolen from the 300 block of West 253rd Street on June 13 at 2 a.m. The victim told police that he had left the vehicle unlocked with the keys in the vehicle at the location that night.

Police were able to find video surveillance of the incident but it was of poor quality. However, the vehicle did have a tracking device, which led police to Walton Avenue in the Bronx, where they soon arrested a suspect with grand larceny.

A man entered a Walgreens on 541 West 235th St. on June 10 at 8:50 p.m., and stole $250 worth of Haagen Dazs ice cream and several cans of Monster energy drink. The perp then slapped a store employee who tried to intervene. Police were called to the scene soon after and successfully apprehended the suspect.

The victim later told police that an unknown person had followed him for at least a block to the corner of Broadway and Kingsbridge Avenue, then pulled out a knife and demanded the money.

The perp then fled in an unknown direction. No arrests have been made.

A woman reported to police that on June 3 at 11:50 p.m., two men snatched her book bag from off her back as she walked along the corner of West 263rd Street and Riverdale Avenue. The bag contained several pieces of personal identification as well as a couple of debit cards.

The victim stated that the perps also withdrew $1,117 from her bank account soon after. No arrests have been made.