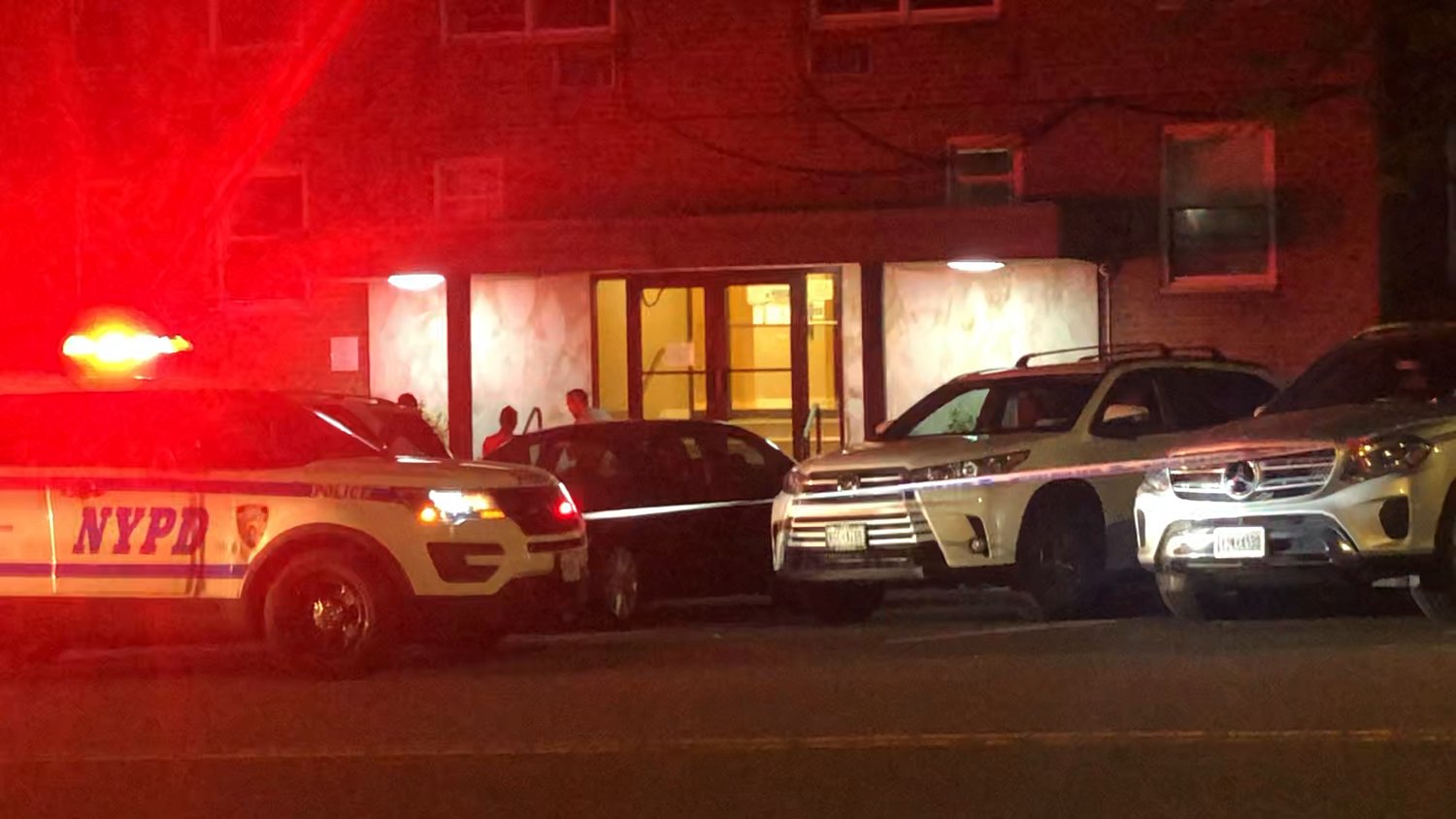 New York Police officers from the 50th precinct responded to a shooting outside 3800 Independence Avenue early Saturday morning where they found a NYPD auxiliary officer with a gunshot wound to the left leg.
Luka Khetsuriani
STAFF REPORTS

A 23-year-old New York Police Department auxiliary officer was shot Saturday morning in the leg outside a 72-unit building on Independence Avenue, according to police and news reports.

Police from the 50th precinct responded to a 911 call of a male shot at in front of 3800 Independence Ave. in Kingsbridge, according to police. Upon arrival, officers observed a male with a gunshot wound to the left leg. EMS responded and transported the victim to St. Barnabas Hospital in stable condition.

Preliminary investigation revealed three males wearing masks surrounded the victim while he was on his 2017 White Kawasaki motorcycle, discharged a firearm striking him in the leg and then stole the motorcycle and a bag containing his cellphone.

All three suspects fled the location with the stolen motorcycle and at least one other motorcycle.  The investigation is ongoing.