Avi Kroll: Volunteering is as fun as playing ball 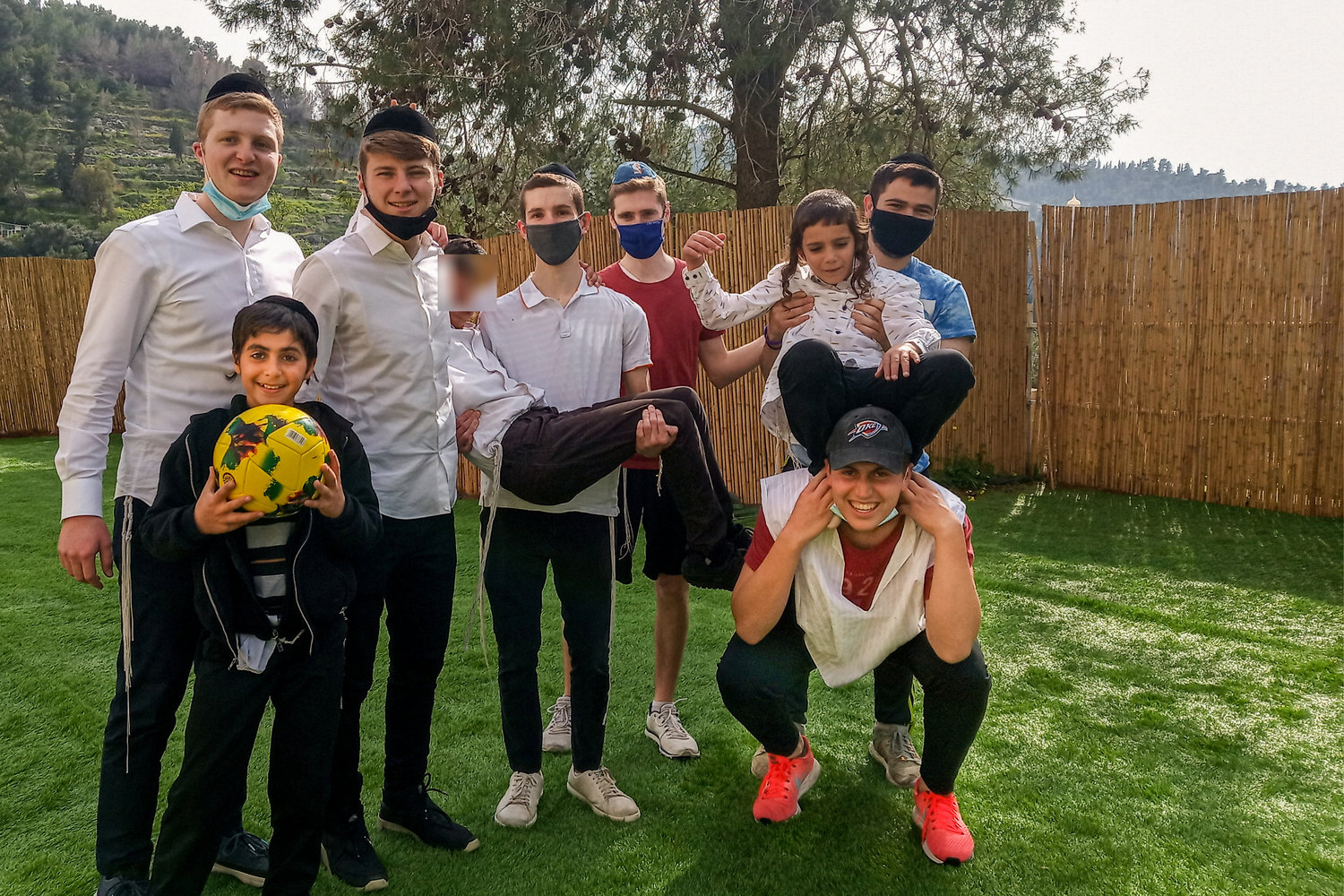 Avi Kroll, a former student at SAR High School, has volunteered in many places, but most recently traveled to Israel to help out the Sanhedria Children’s Home. Kroll hosted a ‘sports day’ for the kids at the home over the most recent Passover holiday, giving them a chance to fill their day with soccer.
Courtesy of Rachel Moore 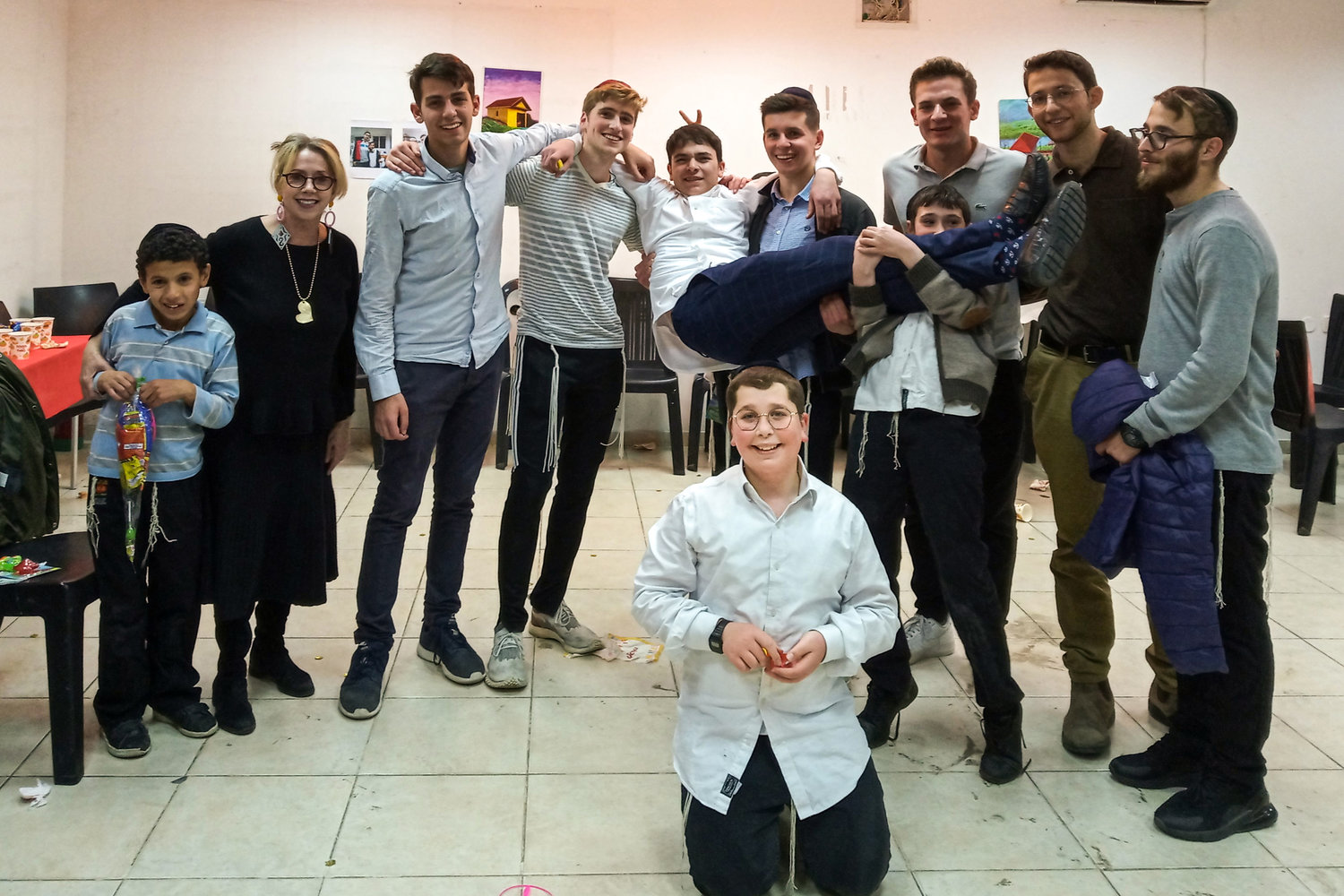 Before the coronavirus pandemic, students from Yeshiva Aish HaTorah’s Aish Gesher visited the Sanhedria Children’s Home in Israel, for an annual Hanukkah party. One of the students in the program, Avi Kroll, was there in 2019, but saddened when the party was canceled in 2020 because of the pandemic.
Courtesy of Rachel Moore 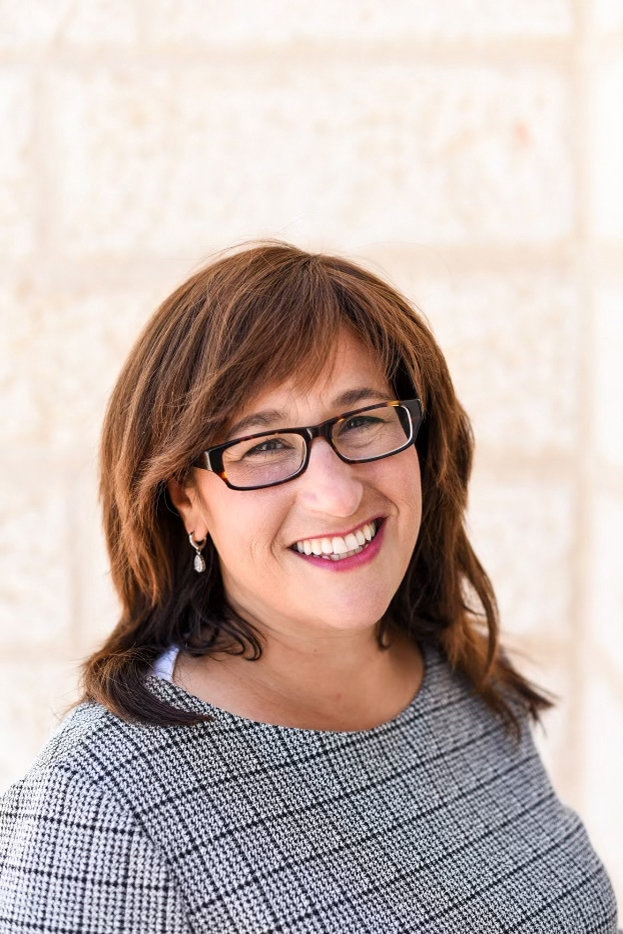 Rachel Moore, Aish Gesher’s communications director of communications, said the Sanhedria Children’s Home in Israel, said that after its annual Hanukkah party was canceled in the wake of the coronavirus pandemic, one student with local roots — Avi Kroll — helped plan a ‘sports day’ for the kids just in time for Passover.
Courtesy of Rachel Moore 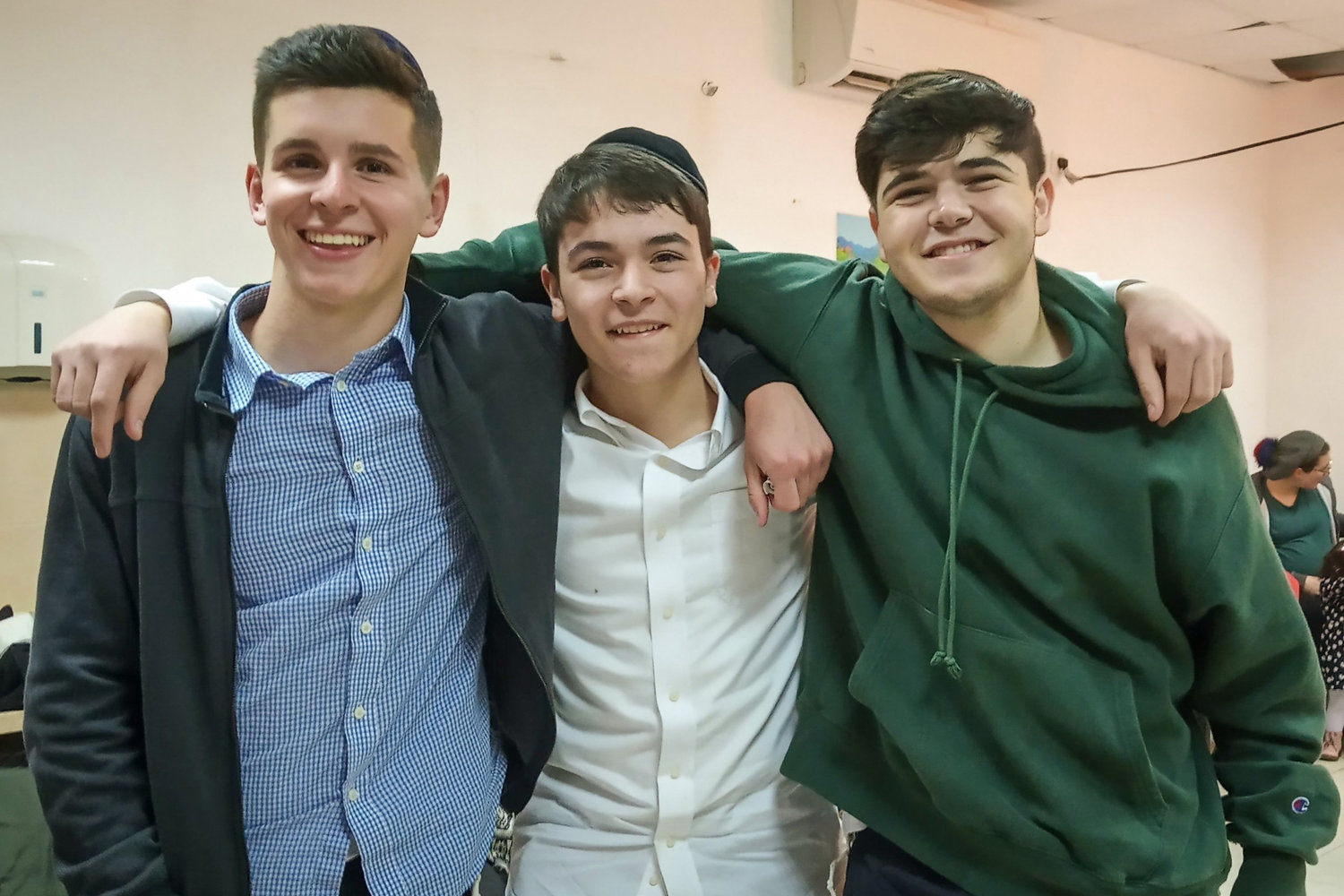 The Yeshiva Aish HaTorah’s Aish Gesher program and the Sanhedria Children’s Home Israel have shared a number of Jewish holidays over the years, including an annual Hanukkah party. When the coronavirus pandemic made a lot of that impossible, the work of Avi Kroll to help make up for it earned him a fan in Miriam Braun, the children’s home director.
Courtesy of Miriam Braun 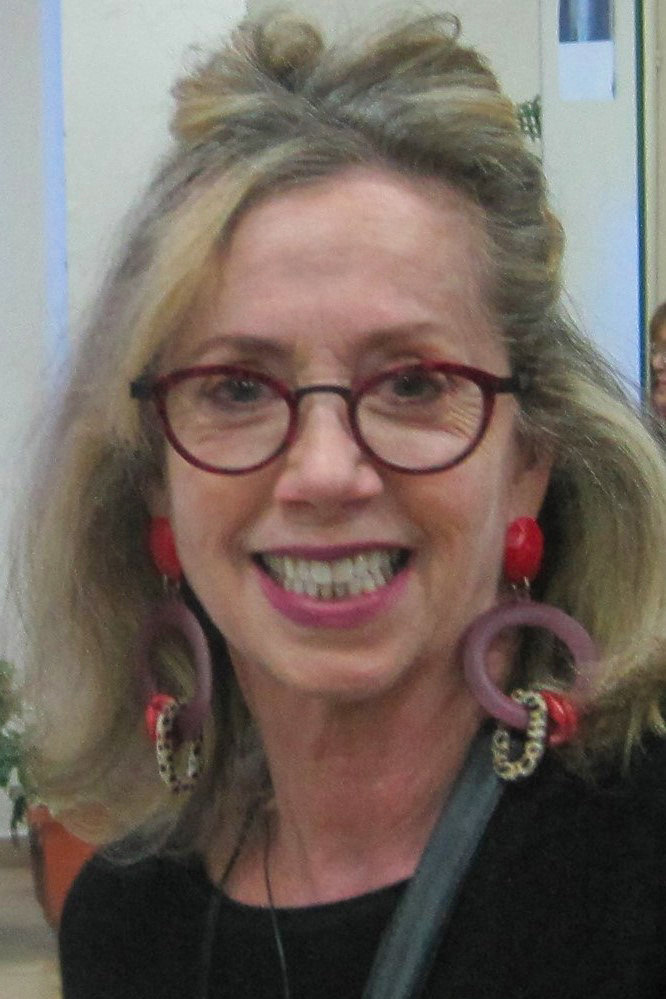 Miriam Braun, director of the Sanhedria Children’s Home in Israel, stayed in contact with Avi Kroll after he and others from Yeshiva Aish HaTorah’s Aish Gesher visited the home over Hanukkah. The 2020 party was canceled thanks to the coronavirus pandemic, but Kroll — who has his roots back in Riverdale — helped plan a visit this past Passover to play soccer with the kids at the children’s home.
Courtesy of Miriam Braun 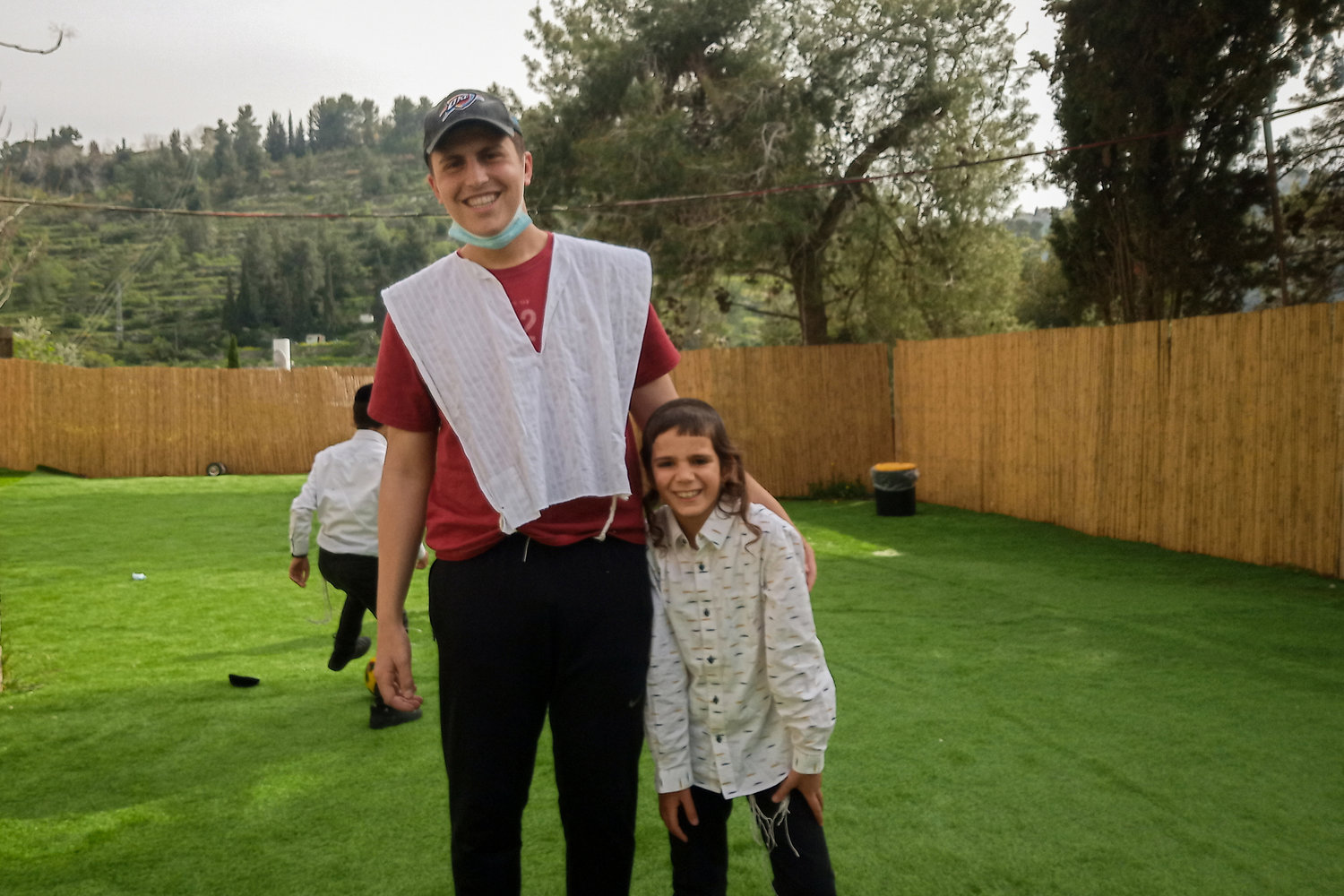 Students in the Yeshiva Aish HaTorah’s Aish Gesher program visited the Sanhedria Children’s Home over Passover, led by Avi Kroll, who has Riverdale roots. After the coronavirus canceled the Israel children’s home annual Hanukkah party, Kroll teamed up with classmates like Joey Stroebel to give the kids a fun day filled with soccer.
Courtesy of Miriam Braun 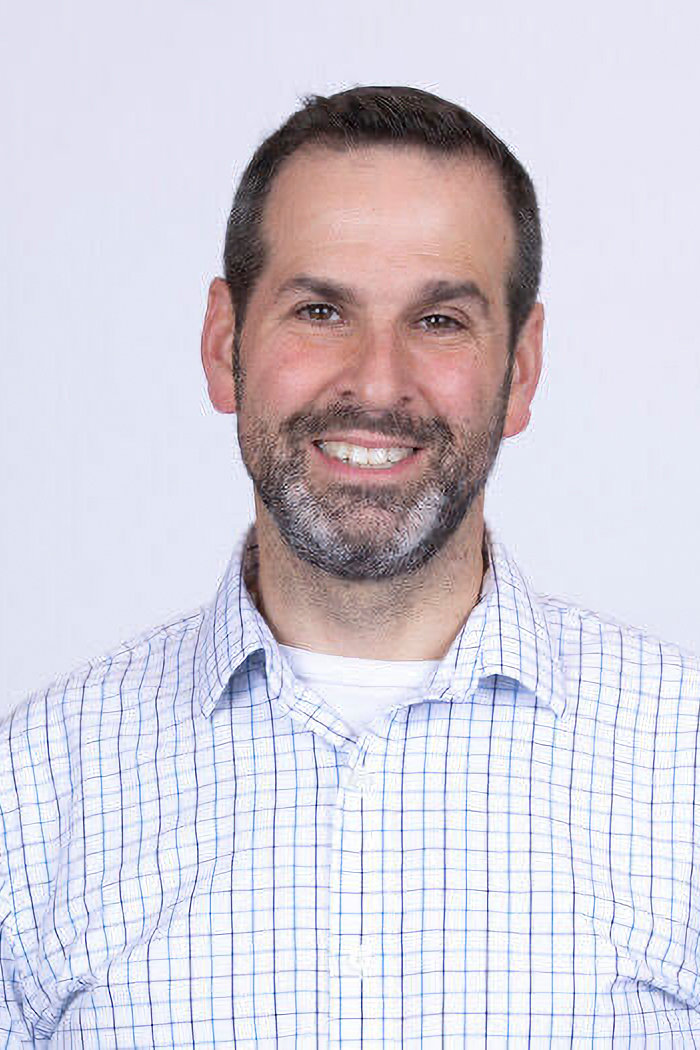 SAR High School principal Jonathan Kroll is father to Avi Kroll, who turned a coronavirus pandemic disappointment for kids at Sanhedria Children’s Home in Israel over Hanukkah into a day of soccer this past Passover.
Courtesy of Jonathan Kroll 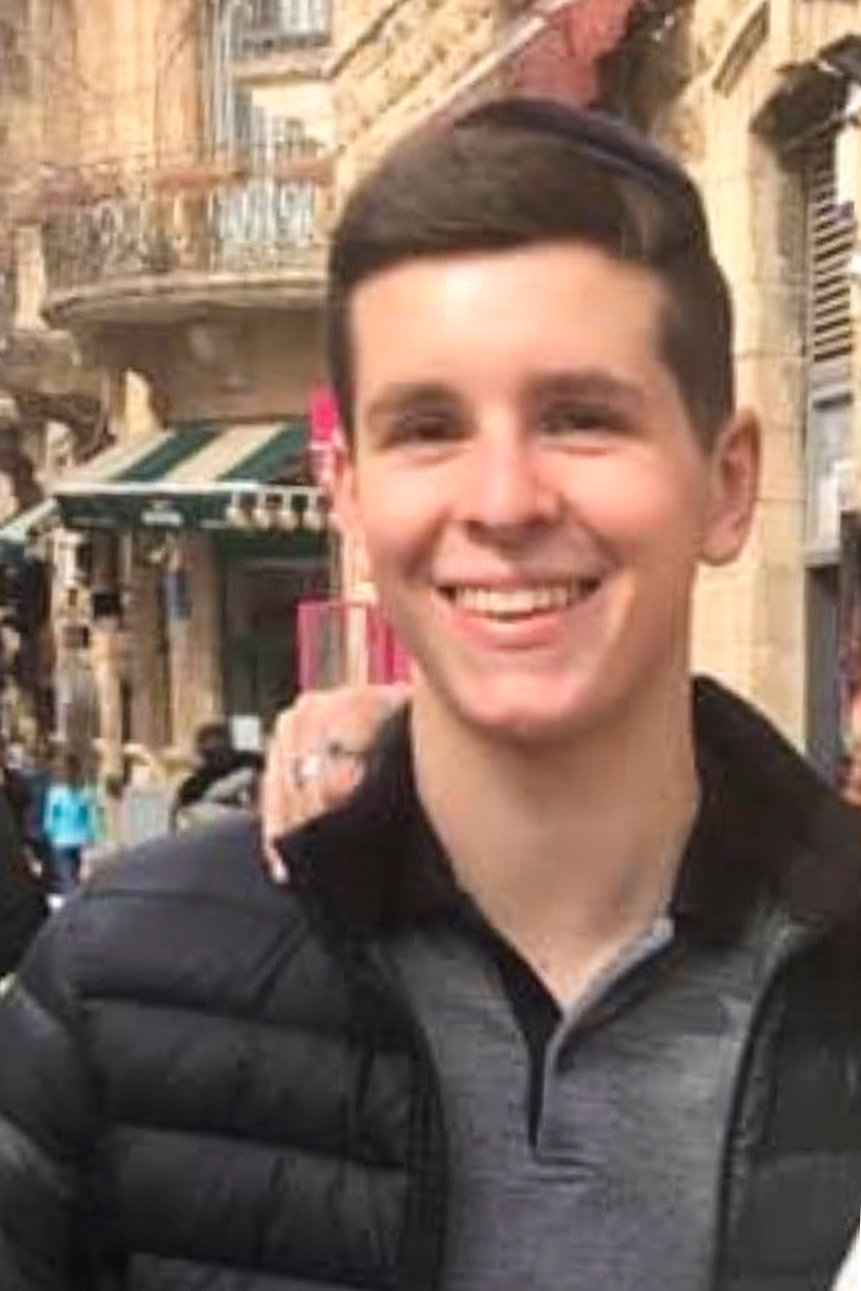 Avi Kroll is entering his sophomore year at Yeshiva University, but it will be his first year in Manhattan after spending his freshman term in Israel as part of the Yeshiva Aish HaTorah’s Aish Gesher program. During his break last Passover, he joined some of his classmates to play soccer with kids from the nearby Sanhedria Children’s Home.
Courtesy of Jonathan Kroll
Previous Next

Me and my friends as well agreed we wanted to do something meaningful with our time.”
AVI KROLL
By BRENDAN O'SULLIVAN

It’s hard to find someone attending high school or college not participating in some sort of community service. Whether it’s at a nursing home, soup kitchen or hospital, they sacrifice time to help others.

Avi Kroll is no exception. The SAR High School alum volunteered to make a difference in his community. But not here in Riverdale where he grew up, but instead an ocean or so away in Israel.

Like many SAR graduates, Kroll spent a year before college studying the Torah and exploring Israel.

“We’re very connected to it,” Kroll said of the country. “So, learning there is very special for us.”

During that time, Kroll joined the Yeshiva Aish HaTorah’s Aish Gesher program, which not only helped him better focus his Judaic studies, but also gave him a chance to give back a little through visits to the Sanhedria Children’s Home, designed for at-risk youth in Jerusalem.

Kroll and his Aish Gesher classmates first visited the home to celebrate Hanukkah in a party that included food, prizes and dancing in 2019.

Kroll “was like a ball of fire,” said Miriam Braun, the children’s home director. “He got everybody up and moving and dancing and shaking. He was really the livewire — amongst the livewires — of the evening. And it was just very obvious how good he was with the kids, and how excited he was to be there, and the thrill he brought to the evening.”

And while that moment served mainly to bring joy for those involved, Kroll also established a relationship with Braun — who has spent the last 18 years at the children’s home — where they kept in touch.

After the gap year, Kroll enrolled in Yeshiva University in Manhattan. But he decided he wanted to spend more time in Israel, returning to Aish Gesher program for “shana bet” — its second-year learning program. It was there he earned college credit for his freshman year at Yeshiva.

By the time he arrived, however, the world had shut down in the wake of the coronavirus pandemic. All the plans Kroll had — especially a Hanukkah celebration with the Sanhedria kids — were out the window.

Still, Kroll kept in contact with Braun. Around Passover, Kroll found himself on a much-needed break. And instead of simply doing nothing, he reached out to Braun with an idea on how to make up Hanukkah with the kids there.

“There’s a lot of things we could’ve done,” Kroll said. “We could’ve traveled, this and that. But me — and my friends as well — agreed we wanted to do something more meaningful with our time.”

That’s why Kroll, 20, and his friends decided to host a “sports day.” There, they gave the Sanhedria kids new soccer balls and helped the young athletes break them in on the pitch. Kroll played sports growing up — and still does — and hoped it was the kind of thing the kids might enjoy, too .

Spoiler alert: they did.

It was a hot day, so Braun got everyone organized, handed out water bottles, and then went inside.

“I hate getting hit in the head by the ball,” she said. “These are children. Here you are. There are soccer balls. Go do your thing and just call me later and let me know how it went.”

A few hours later, Braun checked in with Kroll and was delighted to find out how wonderfully the day had gone. But she was also in for a funny surprise.

Those water bottles she provided? Well, rather than drinking them, the students and children had a water fight to cool off after the game.

“They had really a very, very awesome afternoon,” Braun said. “It was very heartwarming to see. The kids were so grateful after a long winter with no volunteers that these guys would come and do what they love — to play ball.”

The day was not only memorable for the children, but Kroll, too. He loves to help people who are less fortunate no matter where they’re from or the problems they face.

This commitment has been a part of Kroll’s character for quite a while, he said. In fact, his father Jonathan Kroll — SAR’s principal — said Avi loved to volunteer while he was in high school. That included working  with families of autistic children in New York, and even volunteering at another children’s home in Israel outside of Sanhedria.

“He really enjoyed doing it,” Jonathan Kroll said. “He gave up a lot of his time to do it.”

In addition to the people he helps, Avi Kroll even finds ways to inspire his father.

Volunteering and community service have been staples in Kroll’s life, and he plans to continue helping others in the future. He even hopes he can return to Sanhedria to visit the kids once again.

“They obviously have programs (run) there, but they don’t get exposed to a bunch of excited American 20-year-old guys who are full of energy and love,” Kroll said. “Really, (the kids) seemed like they were on cloud nine.”