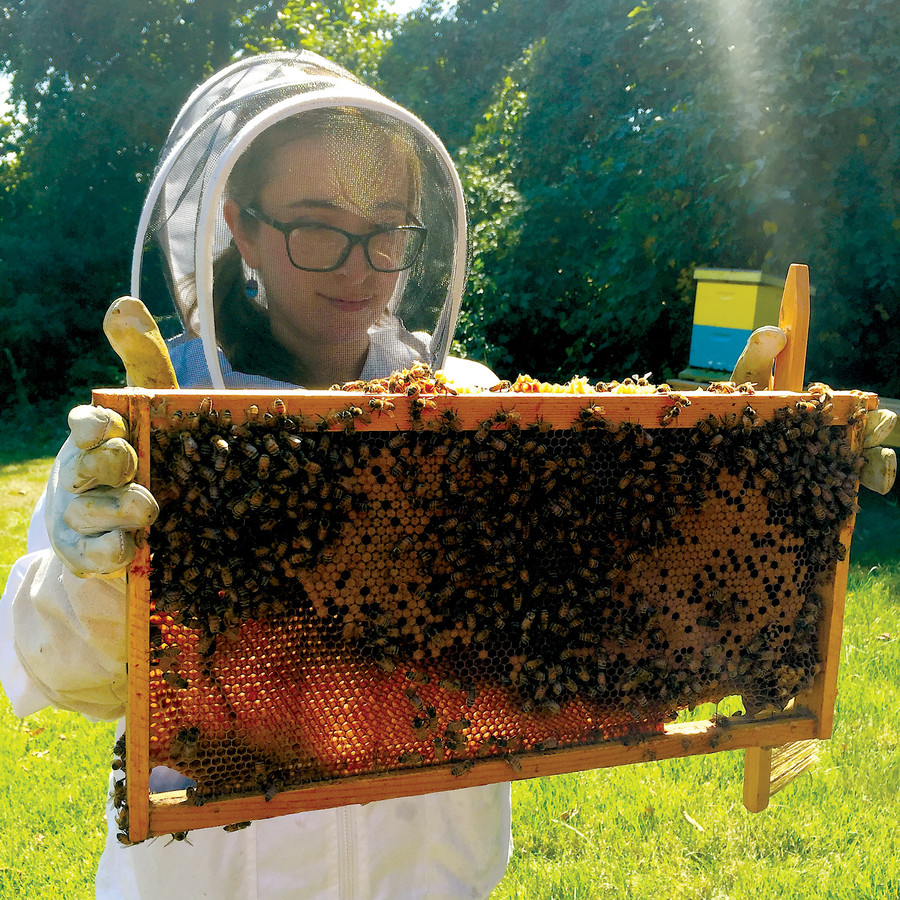 Valentina Ramirez, a Columbia graduate, wears protective gear as she holds a frame of bees--a wood frame that bees use to build a comb, deposit pollen and cultivate honey.
Courtesy of Woodlawn Cemetery 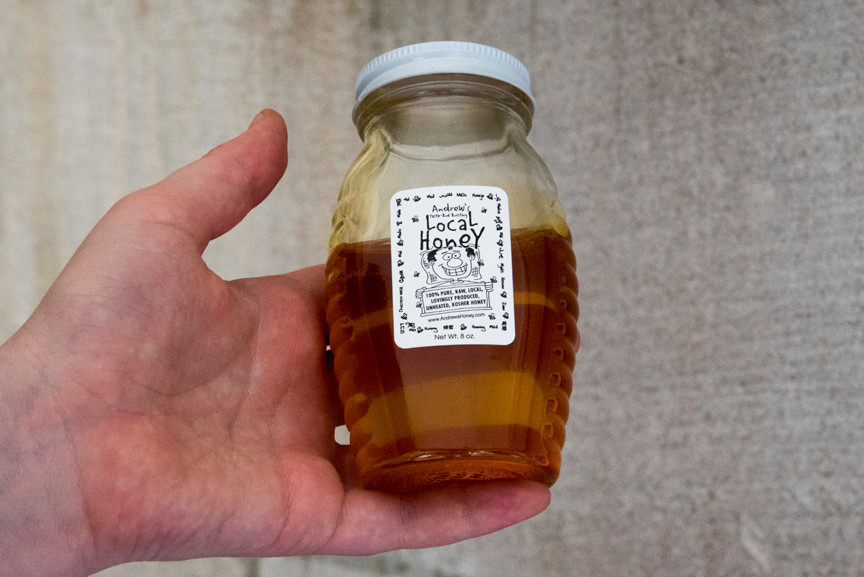 Beekeepers have collected some of the honey the bees have produced, and store it in jars.
David "Dee" Delgado 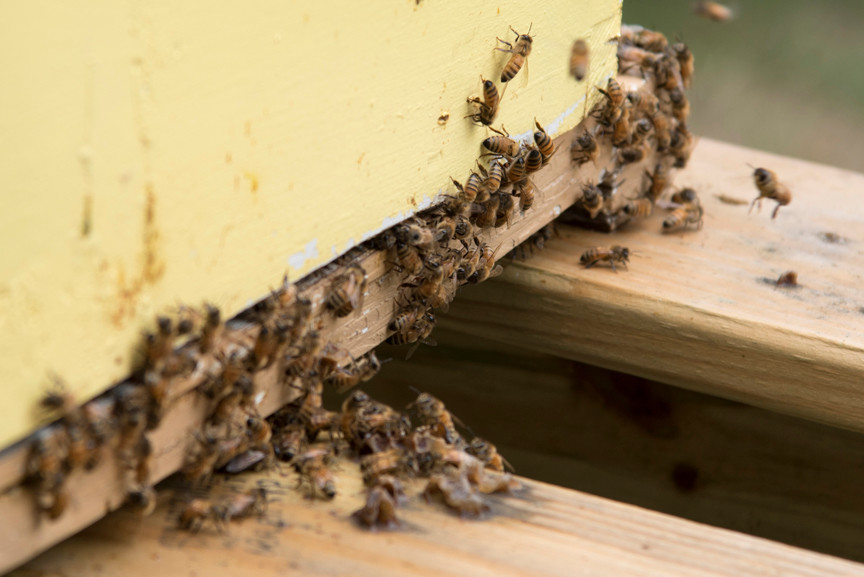 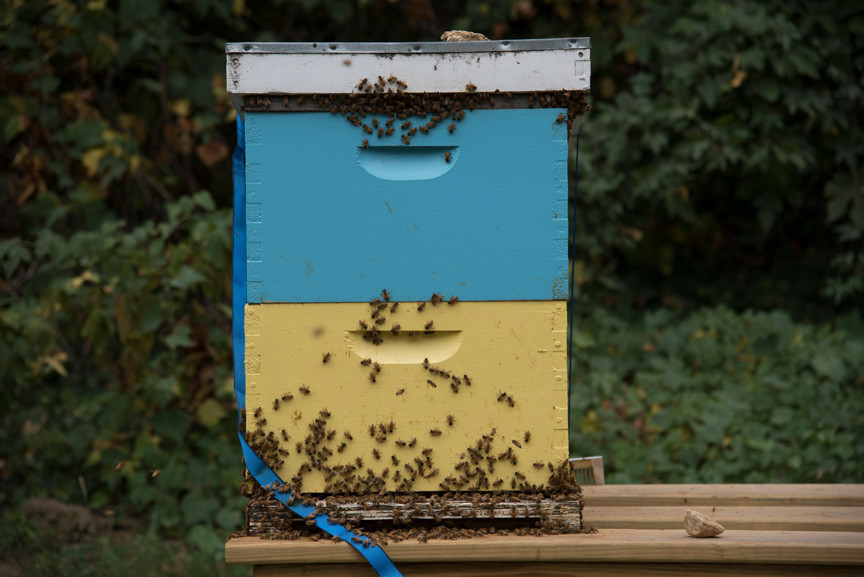 Amongst the wide-open spaces, mausoleums, headstones and lush trees at Woodlawn Cemetery, in the remote part of the area, the air is filled with a buzz. It comes from seven beehives and more than 400,000 honey bees.

The cemetery, known as the final resting place of some of the greatest figures in the American arts, such as Herman Melville and Miles Davis, became home to the bees this year. And is now busy supporting the lives of bees.

“This has become somewhat commonplace in cemeteries because it’s a nice quiet place where hives can be placed,” said Eline Maxwell, Woodlawn’s director of development.

“The most compelling for us is that all of the world’s beehives have been in a period of collapse. There is a bacteria that gets into them that cause them to die off,” Ms. Maxwell said, as she stood near the beehives that rested on two benches near the Webster Avenue side of the cemetery.

Anastasija Ocheretina, Woodlawn’s membership and programming manager, said “we are a cemetery first and foremost, but … we know that we are a huge green space.”

The bees and the trees

Beehives and cemeteries might sound like an unusual mix. But Woodlawn’s wide-open green and variety of trees provide plentiful food for the bees.

“These bees do not need to travel very far. Their buffet is right here,” Andrew Coté, the founder of the New York City Bee Keepers Association who manages the hives and combs out the honey at Woodlawn, told News 12 The Bronx last month.

“We could learn much from them. They pollinate one-third of all the food that we human enjoy,” Mr. Coté told News 12.

Housing the beehives also helps introduce beekeeping to a younger generation and to local residents. The first group of about 20 people, ranging in ages from 7 to 70, visited Woodlawn in August, donned protective gear and worked on a beehive.

“It was a very nice, curious, diverse group who showed up,” Mr. Coté told The Press. “They very inquisitive and seemed to enjoy seeing the bees close up and learning more about them and NYC urban beekeeping.”

Mr. Coté has “got all of these young people interested in beekeeping,” Ms. Ocheretina said.

“We just did the one tour with the bees, so far,” Ms. Ocheretina. “I am hoping to get some of the schools interested and make it a more educational experience.”

Because Woodlawn received the hives late in the season, it does not have a large supply of honey yet. But it may get more next year, and is already looking into how it might use the honey, Ms. Maxwell said.

“I think, eventually, we will sell it and we have to straighten out what it means to us as a nonprofit to sell a food product,” she said.

Ms. Ocheretina added: “I think, next year, once we have a large quantity, we’ll be able to do much more with it.”

Members of the Woodlawn Conservancy cemetery preservation group “are already asking me about it,” Ms. Ocheretina said. “Two members emailed me asking if [they] could have some honey.”