Before the virus, a family that runs together, stays together 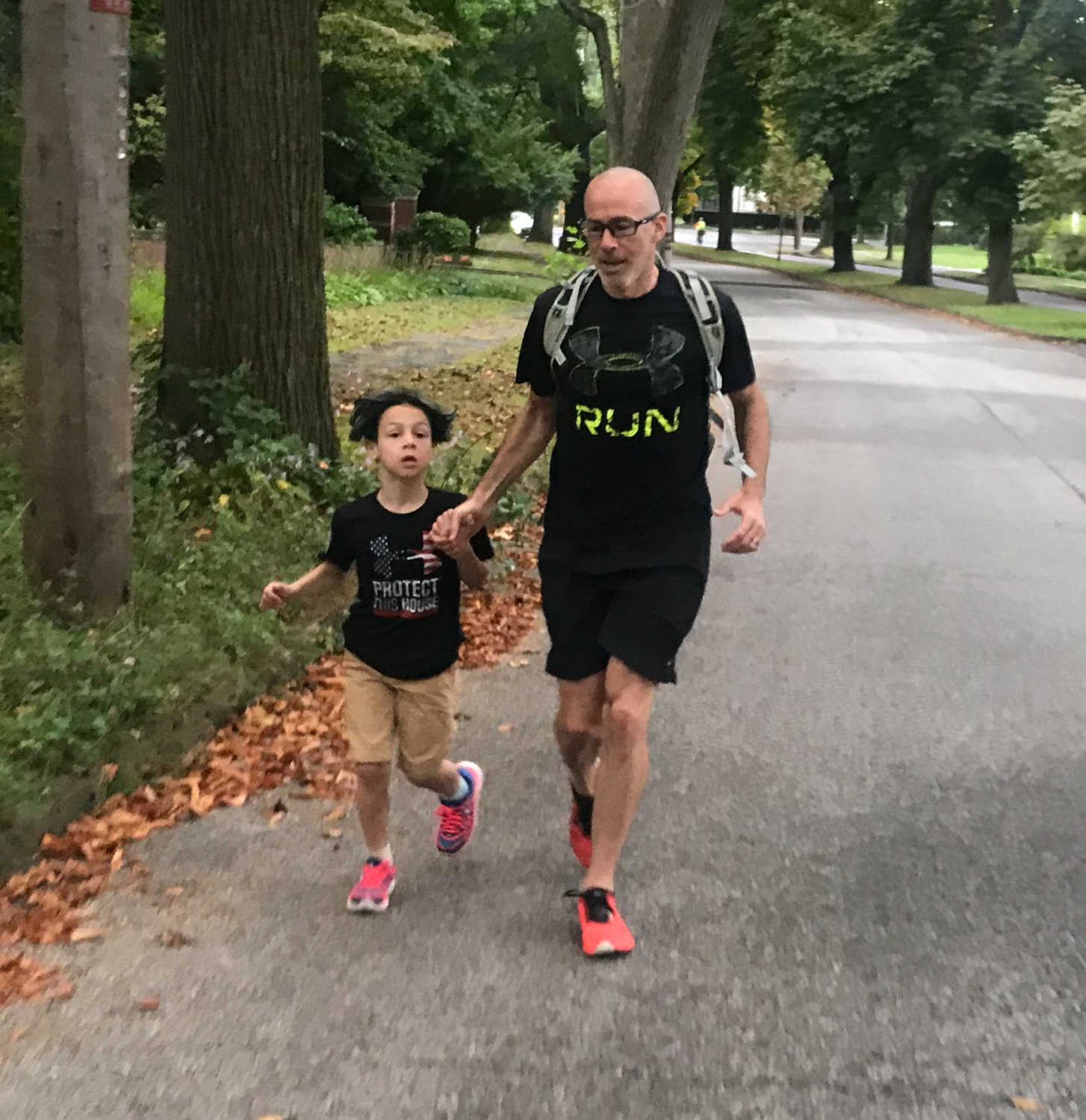 Jonathan Cane and son Simon were working to reduce their carbon footprint by running the 1.5 miles from their home to P.S. 81, where Simon is in the third grade, every morning. That is, until the coronavirus pandemic closed schools down
Courtesy of Jonathan Cane 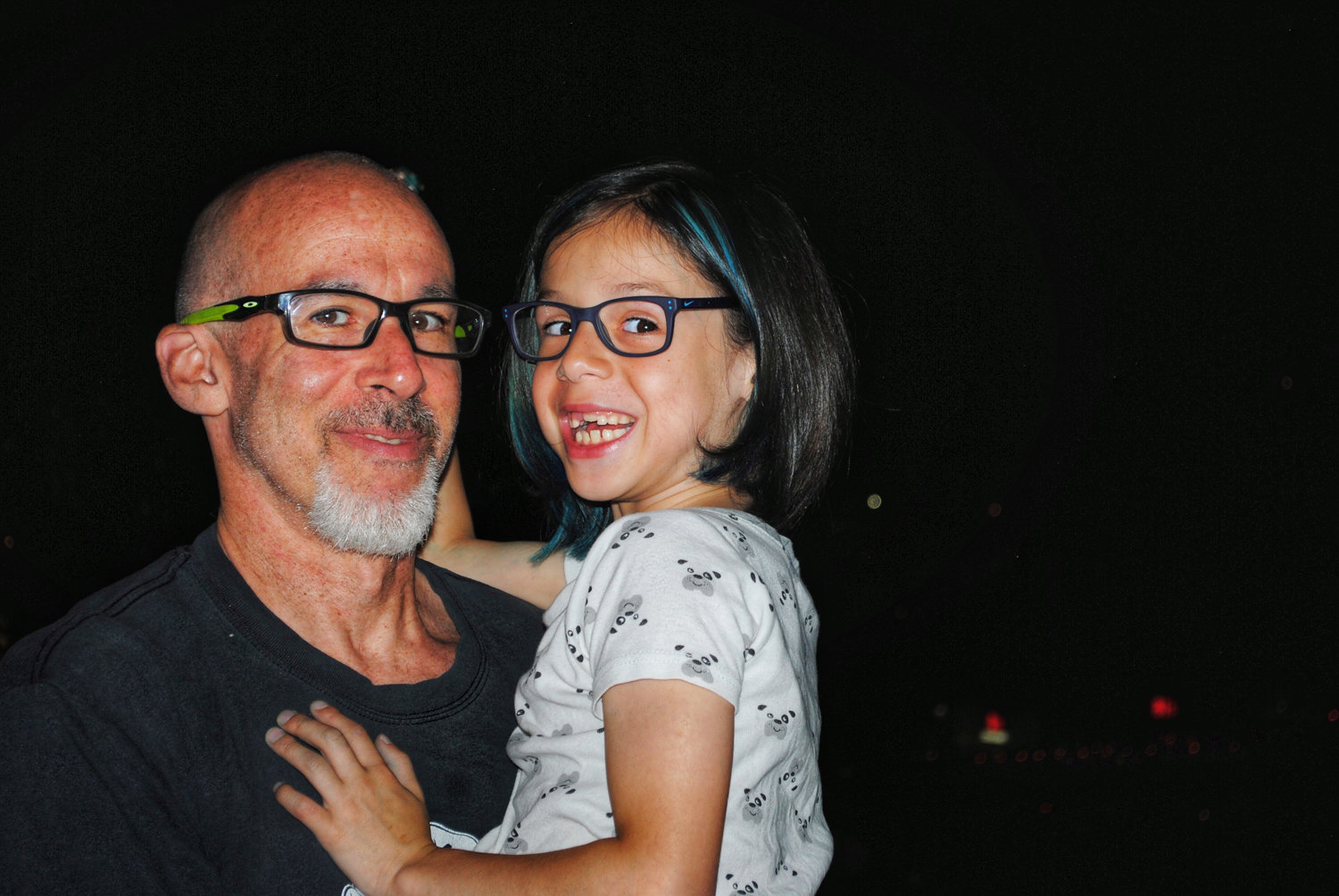 Jonathan Cane and son Simon are environmentally minded denizens, to the point that, before the coronavirus pandemic closed down schools, they turned Simon’s morning commute to P.S. 81 into an exercise routine that also reduces their carbon footprint. They would run the 1.5 miles from their Waldo Avenue home.
Courtesy of Jonathan Cane 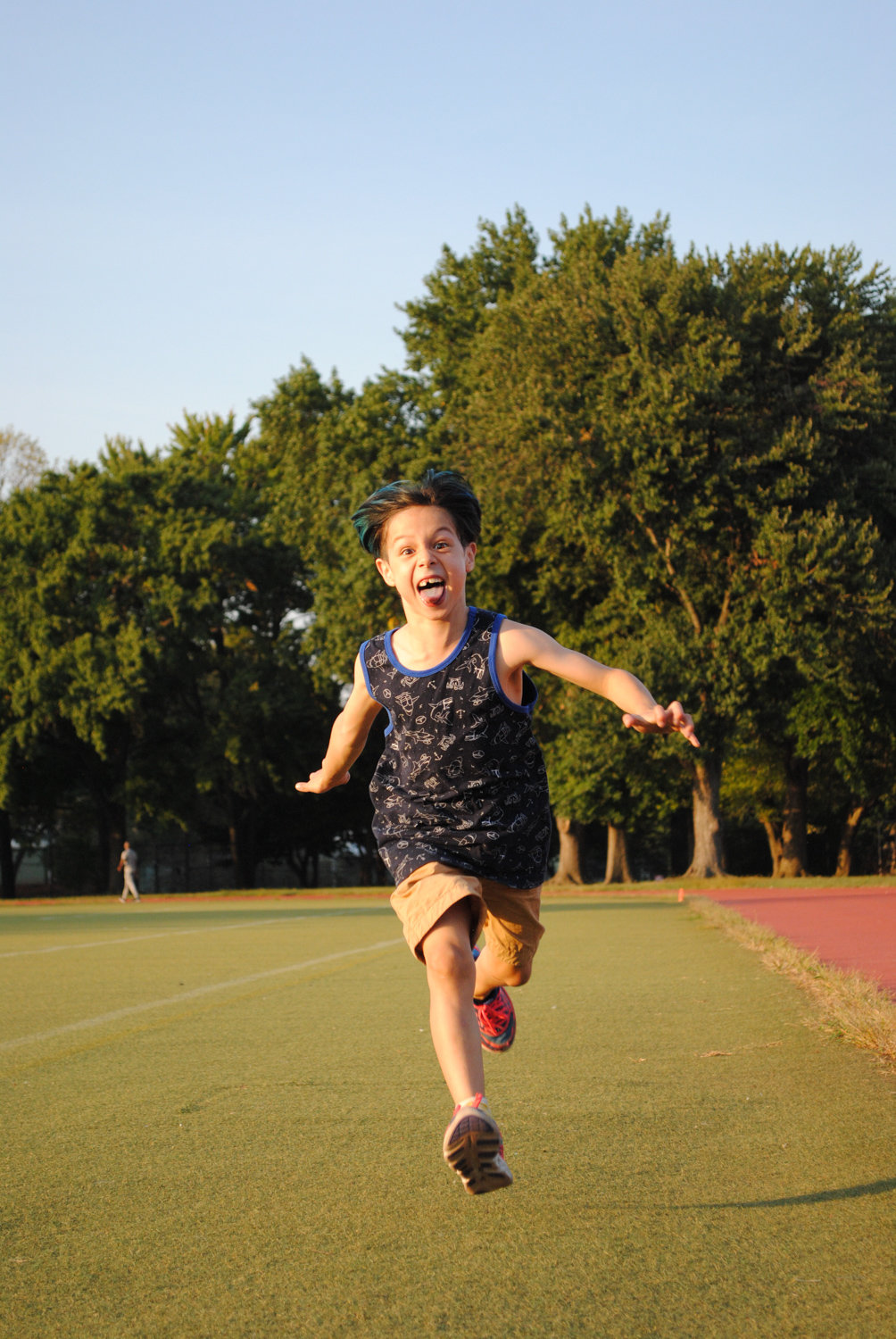 Running is a fundamental part of Simon Cane’s life. The P.S. 81 third grader would join his father to run the 1.5 miles to school every morning right up until the coronavirus closed everything down.
Courtesy of Jonathan Cane
Previous Next
By ROSE BRENNAN

Simon Cane is nearly indistinguishable from most other 8-year-old boys. He’s a third-grader at P.S. 81 Robert J. Christen. He is active, and loves playing outside. And he is an animal enthusiast — He loves his dog, Lola, and wants to be a veterinarian when he grows up.

But when it comes to saving the environment, everyone else is running to keep up with him.

Just last year, Simon began learning about the environment, climate change and humanity’s impact on it. He felt there was more everyone could do to preserve the planet, including himself.

And so it began. He started intervening in little ways, asking his parents to stop using the dryer in order to conserve energy, and picking up litter he would see on sidewalks in his neighborhood.

Then, one day, Simon smelled the pollution in the New York City air and asked his father Jonathan, “Dad, can we run to school?”

Since beginning the third grade in August — and up until schools were shut down last month because of the coronavirus pandemic — Simon and his father have run from their Waldo Avenue apartment to Simon’s school every day. The distance between the two locations is about 1.5 miles, and is plagued by Riverdale’s trademark hilly landscape.

Jonathan, a running coach, was on board with the idea from the beginning, but he originally doubted the iron will of his young son.

“My thinking was we would do this for a couple of weeks and it would rain one day or whatever, and that would be the end of it,” he said. “But now I’ll say, ‘Hey, buddy, it’s raining out.’ He goes, ‘Bundle up, Daddy.’”

This running campaign was not without its challenges. Simon recalled a few days which were more difficult than most of the others. One day, he had a splinter. Another day, his leg hurt. And during the winter, there were a few days that were below freezing during the morning commute.

“He’s sort of taking it as a gag, but also as a source of pride,” Jonathan said. “I said, ‘Simon, it’s really cold. People are thinking we’re not running tomorrow.’ And he’s like, ‘Well, people are going to be wrong.’”

But Simon was not alone in his efforts. Especially on days when he wasn’t feeling his best, his parents were ready to offer a helping hand. He remembered his mother Nicole carried him some of the way on the day his leg hurt.

“She just picked me up for a little, then I could walk for a while,” Simon said. “Then it started hurting again, so I walked with one foot down and straight, and the other on my tippy-toe.”

Some might think running is an individual and isolating sport. But it actually couldn’t be further from the truth for the Cane family. Jonathan and Simon are the two mainstays of the morning commute, but on occasion, Nicole and the family dog Lola join them. And on special occasions, their ranks grow even larger.

The Canes have made a name for themselves at P.S. 81 as the family that runs to school, and they inspired some others to join them from time to time. Last year on Sept. 20, the day of the Global Climate Strike, a group from the school joined the Canes on their morning run, engaging in a unique form of protest and advocacy for the Earth.

But even for the people who don’t run to school with the Canes, Nicole still sees a tight-knit community forming around her son doing just that.

“I think that we’ve been able to build community through it, because people see us daily and comment on it,” Nicole said.

“A coworker of mine actually said, ‘I love starting my day by seeing your family come through.’ And you think nothing of it because it’s just part of your routine.”

Simon hopes to resume running to school once doors reopen following the shutdown. He believes that walking, running or biking instead of driving can have positive impacts on the environment.

“If one person can do it, more people should do it,” Simon said. I “try to encourage them so other people can learn from it, and see how it affects and helps the Earth.”