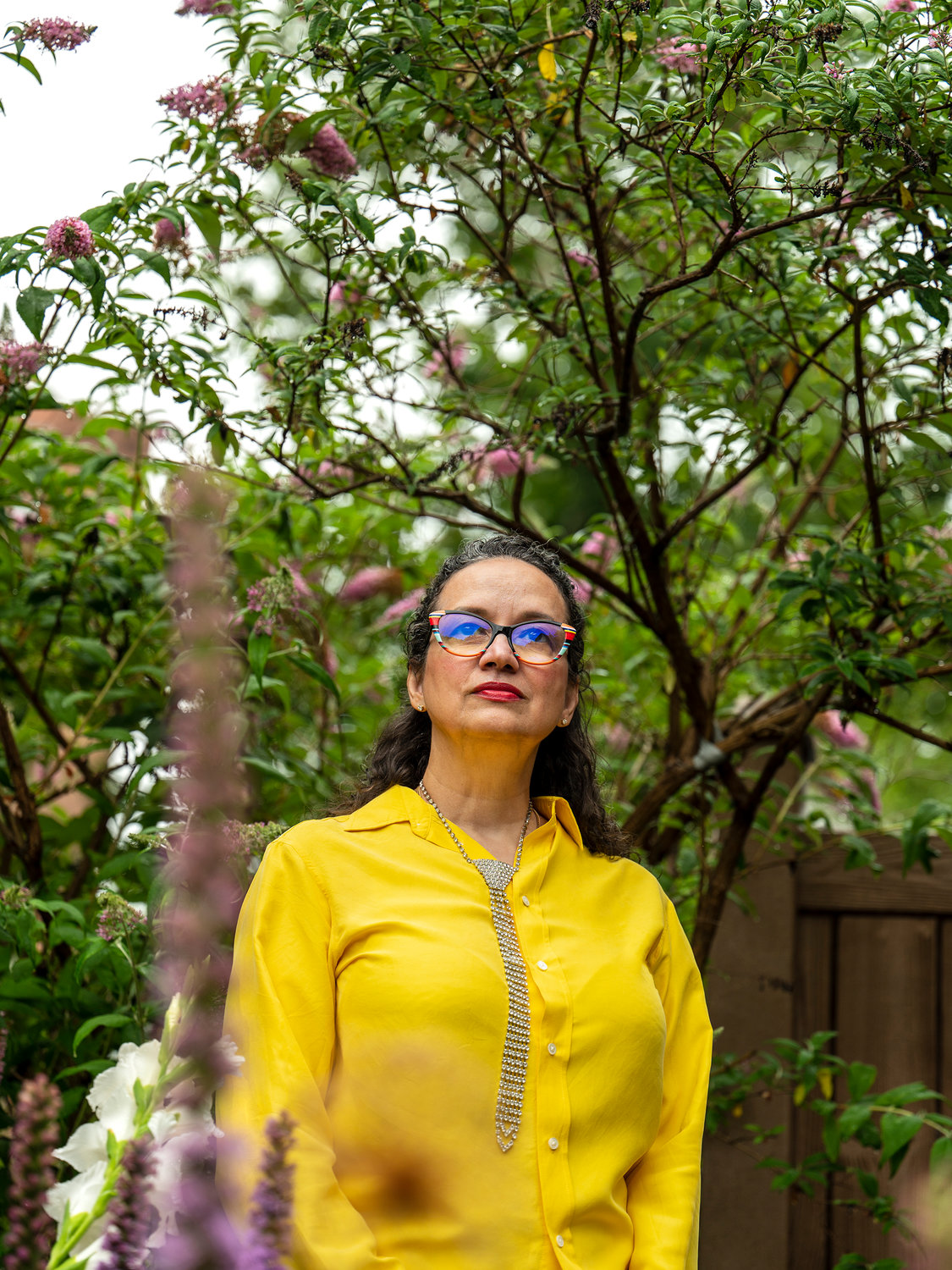 Shannon Whittington has been part of VNS Health for nearly three decades, spending the past six years shaping a gender affirmation program. Whittington also worked as a registered nurse around the United States, finding herself in Riverdale for the past 12 years.
Hiram Alejandro Durán
By Stacy Driks

Home health care has grown for those in post-recovery following an operation, but it hasn’t grown equally. Especially for those transitioning to the next phase of their life.

That is the impetus behind VNS Health’s new post-surgery program, helping those patients who have undergone sex reassignment surgery and hormone therapy to physically transform into the gender they identify with.

“You’re talking about a group of individuals who are marginalized and stigmatized by society,  victimized by society,” said Shannon Whittington, VNS Health’s gender affirmation program director. “Then you add on to that health care discrimination.”

Founded 125 years ago as an organization that was known primarily as Visiting Nurse Service of New York, VNS Health is a nonprofit dedicated to providing home care to those needing post-surgery attention. Gender affirmation surgeries tend to require a lot of post-in-home treatment.

Yet, this doesn’t come as easy as a traditional in-home services.

“For years, trans people really couldn’t get these surgeries, and they weren’t covered by insurance,” Whittington said. “A lot of them had to leave the country and have risky surgeries, or pay out of pocket.”

Recently, the state’s health department found LGBTQ+ adults are more likely to face health care limitations or no health insurance at all than any other group. Medicaid, for example, once considered sex reassignment surgery and hormone therapy as cosmetic. That rule changed in 2016 for those patients diagnosed with “gender dysphoria” — a diagnosis from a medical provider deciding someone’s gender assigned at birth does not match the gender that person identifies with.

Once approved, patients who stay true to themselves are a part of the gender affirmation model. Yet, for this model, hormone treatments and surgeries are required. The gender barrier is difficult because many patients don’t have access to health care that fits their needs.

And there are more in this particular community than many might realize.

“Being trans is about as common as being a redhead,” Whittington said. “There’s about 1.7 million trans people, the last report I read.”

Whittington, who has lived in Riverdale for more than a decade, first discovered the neighborhood by riding her bicycle along Van Cortlandt Park. A little voice in her head told her what her future would be: “One day, I am going to live here.”

Whittington has worked with VNS Health for nearly 30 years, including six as a program director.

“When I first started, we didn’t have that many nurses,” she said. “But now, I have nurses, basically on the waiting list, to be trained.”

Language is important for patients after a gender affirmation surgery — especially when it comes to names and pronouns. In addition, they must know how involved the family is, so that when they come visit, the nurses know what to expect.

“Once nurses get used to having taken care of a few of these patients, they’re fine on their own,” Whittington said. “In fact, most of the nurses really like taking care of these patients. It’s a new skill set for them — something they’re not taught in school.”

The program also offers a full-time social worker that follows up for a year, if needed.

“A lot of people don’t really understand how home care works, or really think about home care at all,” Whittington said. “But it’s a vital part of recovery.”

Whether it is a hip replacement, open-heart surgery or gender affirmation surgery, VNS Health helps patients learn about what they are going through. The goal is for patients to manage body changes, getting back to their optimum level of health.

Desiree Gordon has worked with VNS Health for 20 years, overseeing patients in the Riverdale and Marble Hill communities. Although she does not work with patients in the gender affirmation program, she faces similar situations.

Still, working as a visiting nurse is less stressful than her time working at Bronx Lebanon Hospital in the medical intensive care unit.

“There was a lot of phone calls, a lot of (emergency) codes, and in the home, it’s a bit more relaxed,” Gordon said. “Because the patient has gotten over, for the most part, the worst of their illness. And it’s just like help bridging the gap from the hospital to the home.”

Gordon helps patients understand their discharge papers, and how to follow their doctor’s orders. She teaches independence and the importance of following appointments and communicating effectively.

The coronavirus pandemic was the hardest for her, however, because some patients wanted to isolate, while others sought the complete opposite.

“You are like a lifeline to them,” Gordon said.

Today, she visits between 20 and 25 patients over a short-term period.

“I was working at a large hospital, and one of my colleagues was doing some moonlighting at VNS Health, and she told me about it and so I said, ‘Let me go see what this is all about,’” Whittington said. “I did, and I just fell in love with it because I felt like I was making more of a difference in the patient’s life.”

Her work around the United States has allowed Whittington to gain a lot of skills. Yet, still, those jobs were quite task-oriented. She needed to provide pills and give injections without knowing who she was helping.

But that’s different for Whittington now, as a visiting nurse.

“I saved a lot of lives,” she said. “We’re the eyes and ears of the doctor in the home.”