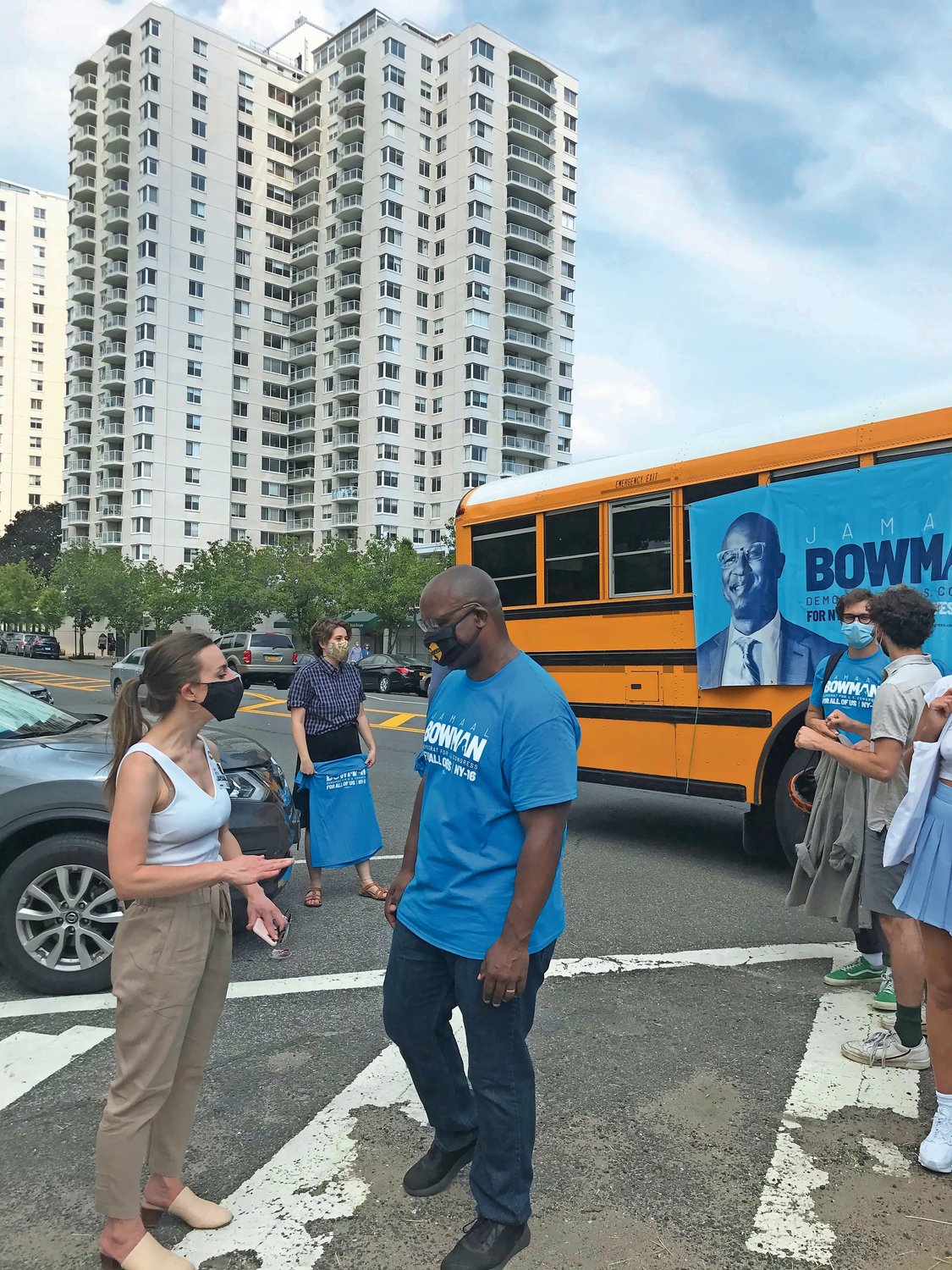 State Sen. Alessandra Biaggi is taking on the chair of the Democratic Congressional Campaign Committee in the newly redrawn 17th congressional district, which now includes parts of Westchester, Rockland, Putnam, and Dutchess counties.

Biaggi, a Democrat who represents the 34th state senate district, had been campaigning in the short-lived 3rd congressional district after the incumbent Tom Suozzi launched his campaign for governor. That district has since been redrawn, cutting out all out Westchester and the Bronx — and thus Biaggi’s home.

Yet Biaggi now lives in the new 16th district, which now includes incumbent Rep. Jamaal Bowman. So why did she jump into the 17th district race?

It all started when the finalized congressional maps went public last week. Just minutes after the new lines dropped, fifth-term Congressman Sean Patrick Maloney went to Twitter to say that he would be running in the new CD 17. The thinking is he has a slightly easier path to victory there than running for re-election in the 18th district. The 17th is represented by first-term congressman Mondaire Jones.

That announcement quickly drew the ire of several lawmakers, who said Maloney’s decision to run in that district was a cold political calculus that could force Jones to run against Jamaal Bowman, a fellow Black progressive, in the neighboring 16th district.

“Two Black men who worked hard to represent their communities, who fight hard for their constituents in Congress and advocate for dire needs in our communities should not be pitted against each other all because Congressman Sean Patrick Maloney wants to have a slightly easier district for himself,” Bowman said in a press release.

The decision incensed Biaggi enough for her to launch an against-the-odds campaign against Maloney, who she said is betraying his duty as DCCC chair to maintain a Democratic majority in the House. Maloney does live within the new district, it should be noted.

“We are facing off against Sean Patrick Maloney, a very well-funded and well-connected corporate Democrat. He is the kind of opponent who can rally the political and corporate establishment in both New York and Washington to try and stop us,” Biaggi’s campaign said in a newsletter on Tuesday. “Sean Patrick Maloney represents what doesn’t work with the Democratic Party today.”

Yet Biaggi is no stranger to upset victories against well-funded entrenched Democrats. She got her start in Albany in 2018 after she defeated then-Sen. Jeffrey Klein — a Democrat who had allied with the GOP to gain power in the Senate chamber — even though he had a campaign war chest that dwarfed hers.

“I won my race for State Senate in 2018 by primarying a powerful seven-term fake Democrat. We were outspent nearly 10-to-1, with outside special interests spending millions of dollars trying to stop us,” her campaign said. “It didn’t work then, and it won’t work now.”

The congressional primary is scheduled for Aug. 23.