Biaggi: Drinking or no, rape is still rape 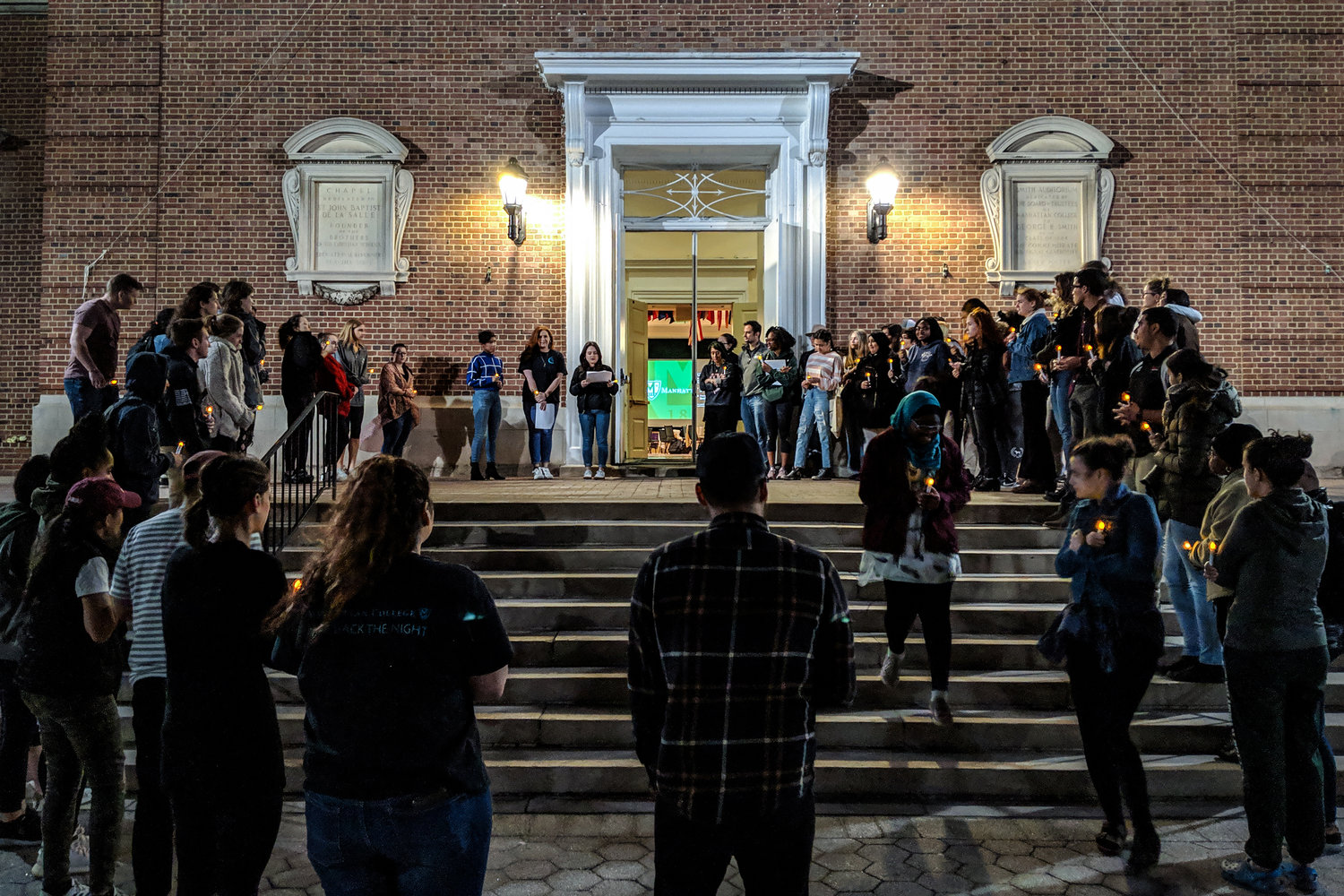 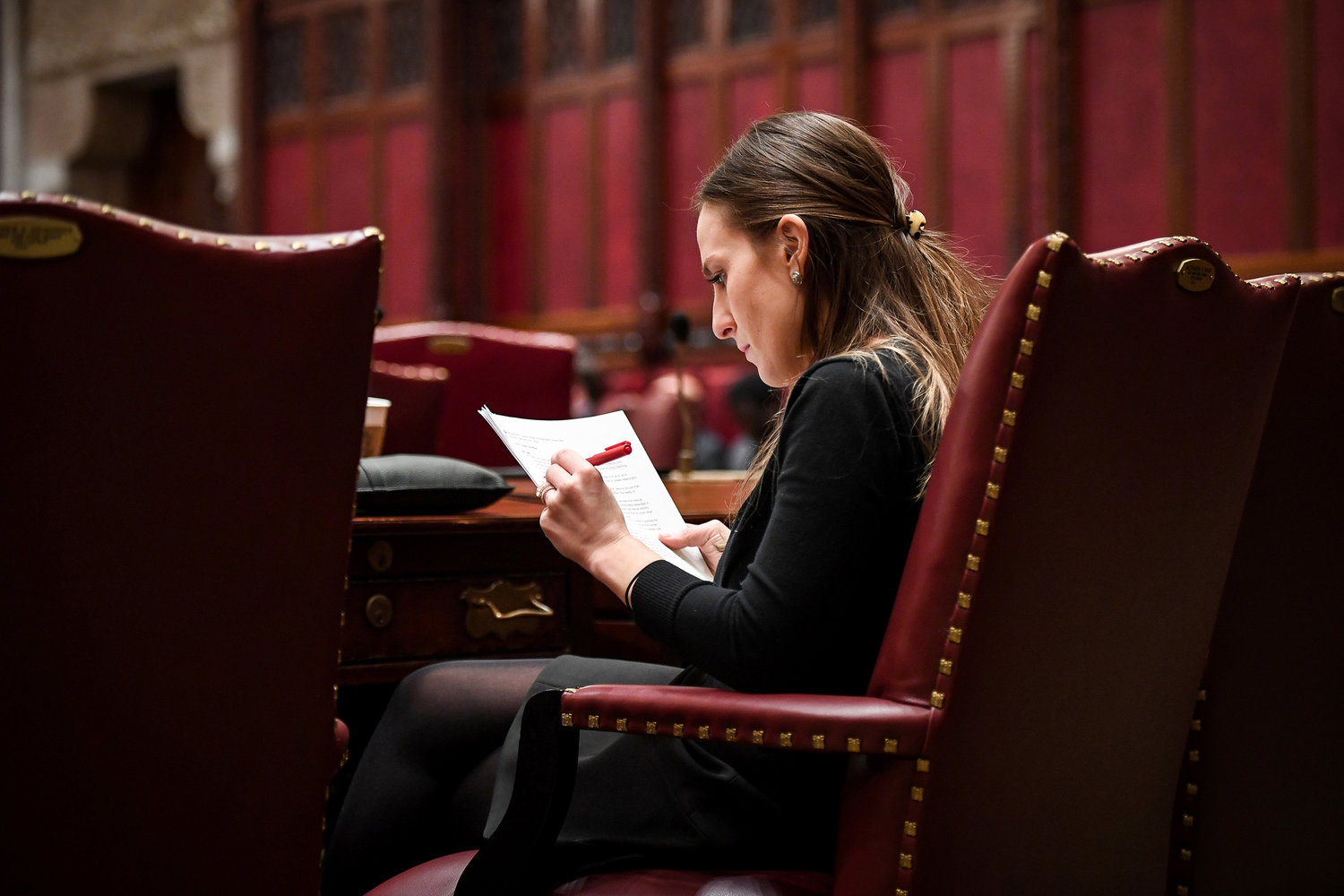 State Sen. Alessandra Biaggi says she’s heard about too many instances where alleged sexual predators weren’t charged with a crime because their victims had decided to drink ahead of time. Biaggi has a bill in the state legislature that would change the law, making all rape and assault illegal, whether the victim was ‘voluntarily intoxicated’ or not.
Courtesy of NYS Media Services
Previous Next
By ETHAN STARK-MILLER

It wouldn’t be an exaggeration to say that combating sexual abuse has been one of state Sen. Alessandra Biaggi’s core issues since heading to Albany three years ago.

The senator even gained national attention with her calls for Gov. Andrew Cuomo to resign after several allegations of sexual misconduct surfaced against him last winter. She also has been on the frontlines of passing numerous pieces of legislation aimed to strengthen protections for abuse victims and punishments for perpetrators.

So it’s no wonder that with a week left in this year’s legislative session, Biaggi says one of her top priorities is passing a bill that would close the so-called “voluntary intoxication loophole.” The senator describes it as a discrepancy in state law that treats sexual assault and rape victims who chose to drink alcohol before the attack differently from those who didn’t.

New York’s criminal code only considers someone mentally incapacitated in cases where it happened involuntarily — meaning someone else drugged or intoxicated them without their consent. The result is prosecutors cannot bring rape or sexual assault charges in cases where the victim was intoxicated by choice, like after a night out.

“If somebody goes out with their friends, and voluntarily consumes alcohol, or drugs, and is taken advantage of while they’re out, they’re not protected by the law to successfully charge their abuser or this perpetrator with rape or assault,” Biaggi said. “Which is crazy.”

Biaggi’s bill would change the law giving courts the power to prosecute sexual assault perpetrators, even after their victims drank or took drugs voluntarily.

The senator has heard many stories from prosecutors around the state about how the current law prevented them from charging someone with a sex crime simply because of this loophole. And it’s a problem that extends beyond New York where more states have this loophole than don’t.

Even Manhattan District Attorney Cyrus Vance Jr., penned a letter to Cuomo in 2019 asking him to close the loophole.

Biaggi points to a recent incident at Saint John’s University in Queens where two female students were allegedly raped by who law enforcement believe was the same man. A New York Police Department detective told one of the victims there “wasn’t enough evidence” for prosecutors to take the case, according to a published report. The other was warned by the college’s public safety investigator that going to the police would be pointless for the same reason.

“That’s just this year, one example,” Biaggi said. With two “very young women on a college campus in New York City, where that’s a person now, who is very likely to engage in similar conduct again. And we hope, obviously, that that doesn’t happen. But unfortunately, when there’s no accountability, people repeat their behavior until they are stopped — whether it’s by the law or by others.”

In addition to a lack of accountability, another problem with the loophole is that it feeds into the societal trope of what is called “victim blaming.” This is where people blame the victim’s behavior — rather than the perpetrator’s — for what happened to them.

“And so essentially, it’s encouraging victims to change their behavior in order to avoid assault,” the senator said, “rather than discouraging perpetrators from committing assaults in the first place.”

It’s hard to determine how many rape or sexual assault cases don’t get prosecuted because of this loophole. But Biaggi believes more than half of reported sexual assaults involve the voluntary consumption of drugs and alcohol.

“We have some numbers that show that the number of cases that are actually brought forward are minuscule compared to the number of cases that actually happen. Especially in the criminal law,” said Jordan Pascoe, a co-faculty director of Manhattan College’s Lasallian Women and Gender Resource Center. “But none of those numbers can be exact. Right? There’s absolutely no way to count that.”

The question now is if the bill will pass in the final week of the legislative session, or die the same way it did last year. The bill is one step short of a floor vote in the senate, but still in committee in the lower chamber, Biaggi said. There is strong support in the senate, which passed a similar bill last year near-unanimously, only to have its Assembly companion bill fail to reach the floor.

But Biaggi hopes her bill’s chances are stronger this year now that its Assembly sponsor — Jeffrey Dinowitz — also is chair of the lower chamber’s codes committee, where his version of the bill currently resides. Although Dinowitz says he supports the measure, he admits its fate in the Assembly is complicated.

“We want to balance, on the one hand, making sure that we can successfully prosecute criminals — in this case, rapists — and move those cases forward,” the Assemblyman said. “But on the other hand, not create a situation where you’re guilty until proven innocent.”

Biaggi’s bill has found support among students and faculty at the Lasallian Center.

“One of the reasons the center started was because of murkiness in Manhattan college’s consent code — five years ago — that had a similar loophole,” Pascoe said. “And so part of the work of students advocating to build the center was responding to a policy precisely like this one”

The college has made a number of strides over the last five years in changing campus culture and implementing much more effective consent policies, Pascoe said. Like hiring a new Title IX coordinator whose job is to set clear rules around consent and ensure those rules are enforced properly.

The shift in the culture around sexual misconduct at Manhattan College is reflective of a shift in the broader culture since the “Me Too” movement first took hold in 2017. Biaggi hopes the culture has shifted enough that she can finally pass this bill.

“I don’t want to be coming back next year doing this again,” the senator said. “If I decide to drink and go out and somebody rapes me, and I can’t bring a case because this was not prioritized to be handled, like that is outrageous. And the fact that anybody would be in that situation because we didn’t change the law that we know is clearly causing harm, is also like a dereliction of our duties.”