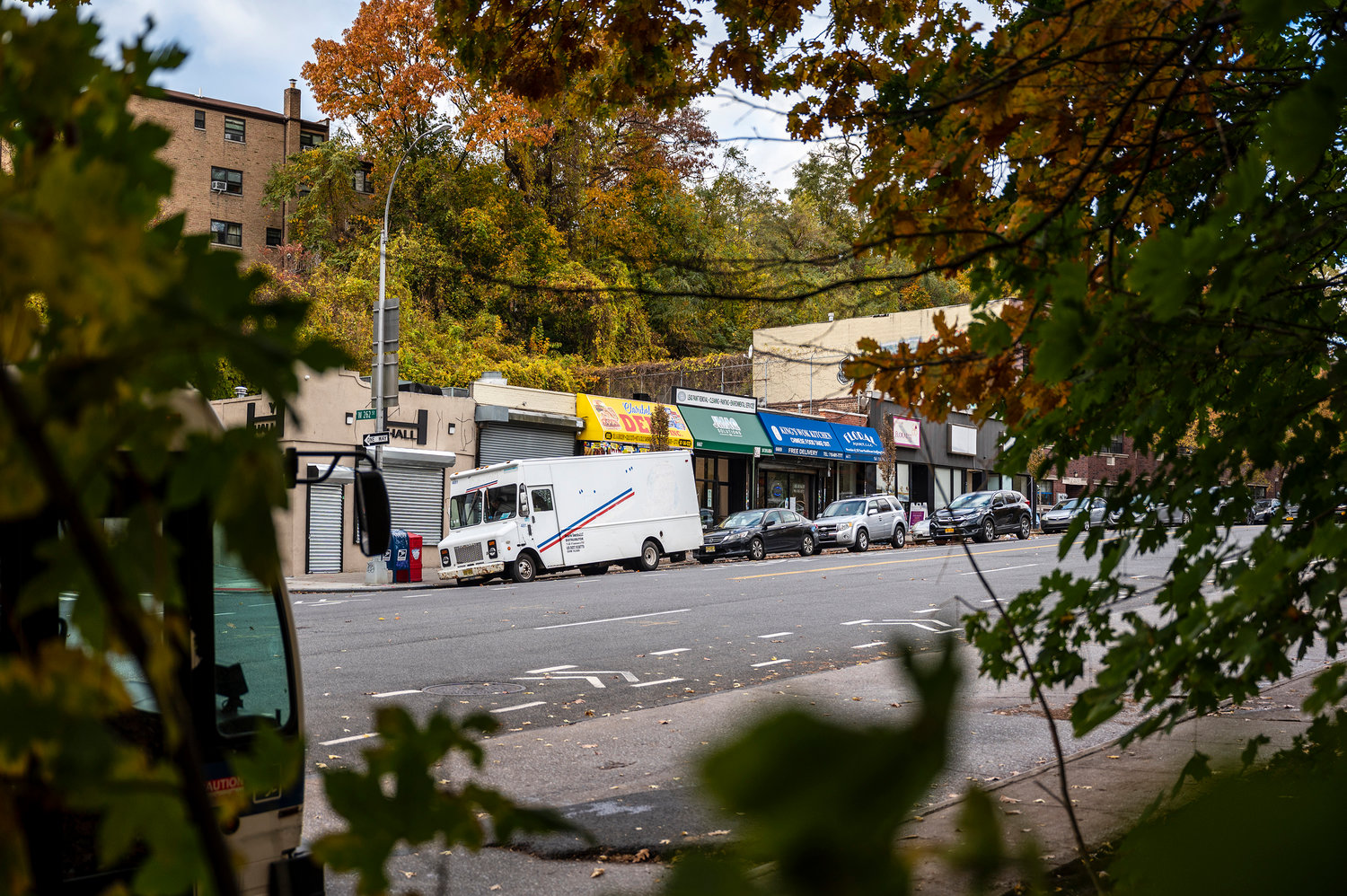 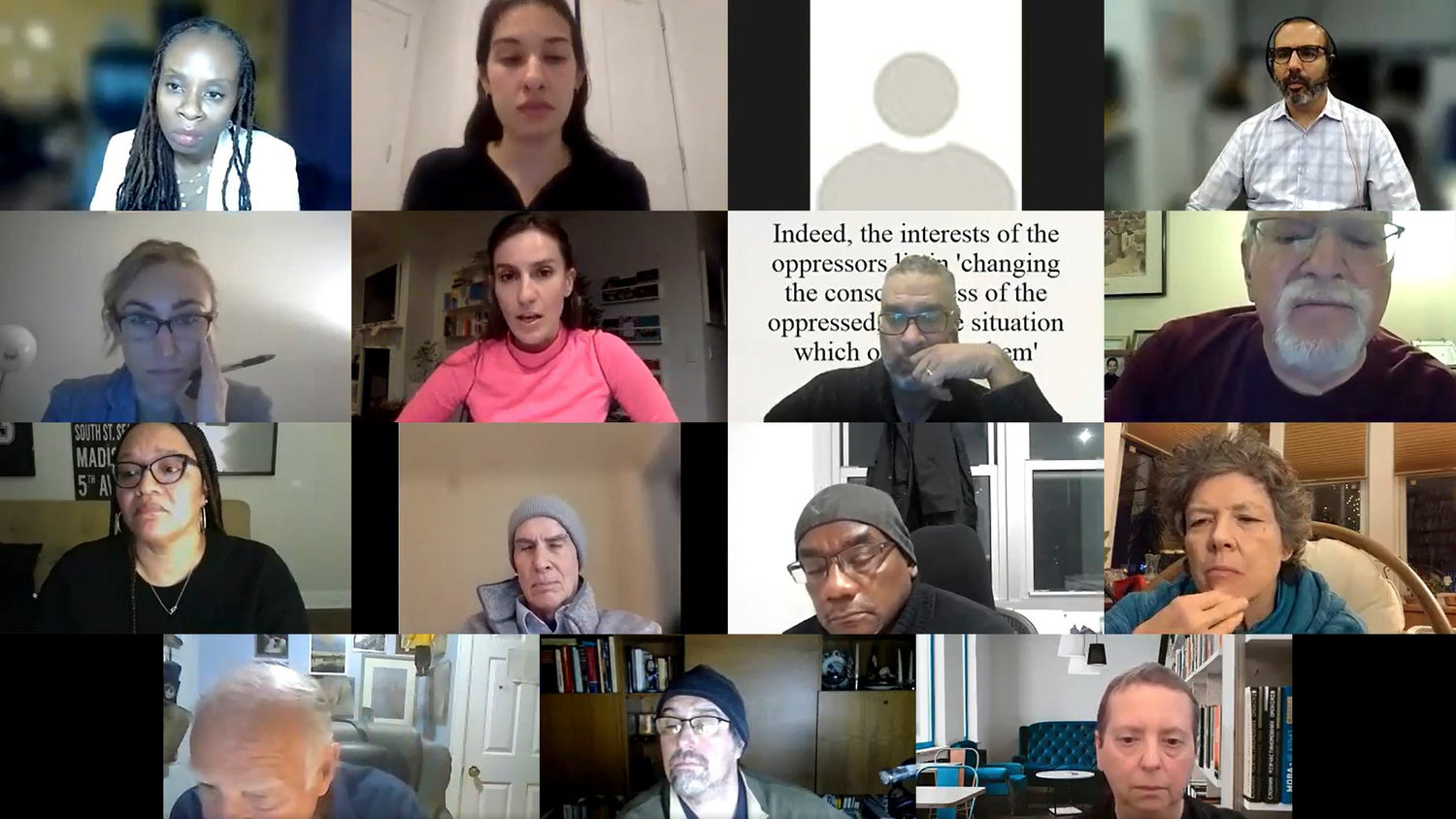 State Sen. Alessandra Biaggi hosted a virtual town hall last week to dispel what she called misinformation about the proposed homeless shelter at 6661 Broadway. Joslyn Carter, administrator of the city’s homeless services department, assured those attending that the men housed there will have access to round-the-clock services, and that the organization running the shelter will have constant oversight by the government and non-profits.
JOSEPH DE LA CRUZ
Previous Next
Support journalism

Bring up the proposed homeless shelter at 6661 Broadway during a Community Board 8 meeting, and prepare for fireworks.

But it was a much different tone during a recent town hall involving one of the shelter’s supporters, state Sen. Alessandra Biaggi. There was less focus on the complaints, and ultimately more of an opportunity to ask questions.

“This is a very important issue in our community,” Biaggi told attendees. “And I feel that it is not only important to take the time today, but to take the time beyond today to be in discussion about the proposal for this homeless shelter in a very meaningful and thoughtful way.”

While some see the proposed men’s shelter at 6661 Broadway as a negative addition to the community just south of the Yonkers city line, Biaggi sees the positive. To help push that view, she gave the floor to city’s homeless services administrator Joslyn Carter as well as to Matthew Okebiyi, the chief executive of the African American Planning Commission Inc., which would build and manage the proposed shelter near West 252nd Street.

One thing Carter made clear at the top of the forum: The city was not necessarily responsible for where exactly the shelter ultimately landed.

“It is not DHS going out and searching,” Carter said. “A developer who has the sole decision about what (their) use is for a building is the one that approaches a (social service) provider.”

While facilities do have security, there’s always a chance someone staying there might become a problem for the neighborhood. If they are, Carter assures they will be transferred to another location within 48 hours — unless the problem is severe enough to warrant an immediate transfer.

And, Carter stressed, having a shelter won’t change the quality of life in the area.

“Every study says it doesn’t increase crime nor does it decrease property value,” she said, without citing what studies she sourced that data from.

But safety concerns are not lost on Biaggi. The senator made it clear her support for the shelter is predicated on the safety and well-being of those living and working around it. Still, at least from her perspective, without shelters, many of those experiencing homelessness would be out on the street — which is far less safe for everyone concerned.

“This means that building shelters and housing can actually help to deter crime,” Biaggi said.

“They provide a place for someone, or a family, to live as well as connect individuals to services that they need in order to get back on to their feet.”

Security aside, what about how many men are expected to live together in a single room. Initial reports put that number at six, with other claims pushing that number even higher to eight. But how that will shake out has not yet been finalized, Biaggi said.

“The idea that this is something that is done and (has) already been completed is not true,” the senator added.

The men living at the shelter would not be forced to leave during the day, as had been past practice.

Instead, Carter said, they are encouraged to stay and take advantage of social services that will be offered there.

Caseworkers also will provide the men living there all with individualized “living plans,” Carter said.

“It’s not a ‘one-size-fits-all’” plan, Carter said. “Each person will be assessed on what their needs are, and then they are meeting with case workers at least once a week, if not biweekly.”

While AAPCI will be in charge, the organization won’t be alone. DHS will continue to oversee the project as part of AAPCI’s contract with the city.

“If there are any issues, we are meeting with the provider, and they’ll correct any actions that we expect to be in place,” Carter said. “It is very tightly managed in terms of program operations, and that our expectations and the regulations are met.”

State inspectors also will make unannounced inspections of the Broadway shelter after it opens in 2023, as well as the nonprofit group, Coalition for the Homeless.

“It’s through DHS, through the state, and through advocacy that the shelter operates,” Carter said.

Since the city first unveiled the plans for the shelter last fall, Biaggi joined U.S. Rep. Jamaal Bowman to support the shelter. Other elected representing that specific North Riverdale neighborhood, however, did not feel the same way. The father-son duo of Assemblyman Jeffrey Dinowitz and Councilman Eric Dinowitz both oppose the shelter.

Biaggi hopes holding the forum would help battle some of what she described as misinformation spreading about the shelter in the community.

“Part of where my support comes from is that fact that homelessness is a growing epidemic that is faced by our city, our state, and our country,” the senator said. “In my opinion, it’s our responsibility as leaders — and also government — to use our resources to expand access to affordable housing.”

Despite her full support of the shelter, Biaggi remains adamant the ultimate solution to homelessness is permanent and affordable housing.

“The long-term goal is always housing. I want to be clear about that,” she said. “That is one of the most important goals, and I remain committed to it.”