Bike lanes proving less than popular — or are they? 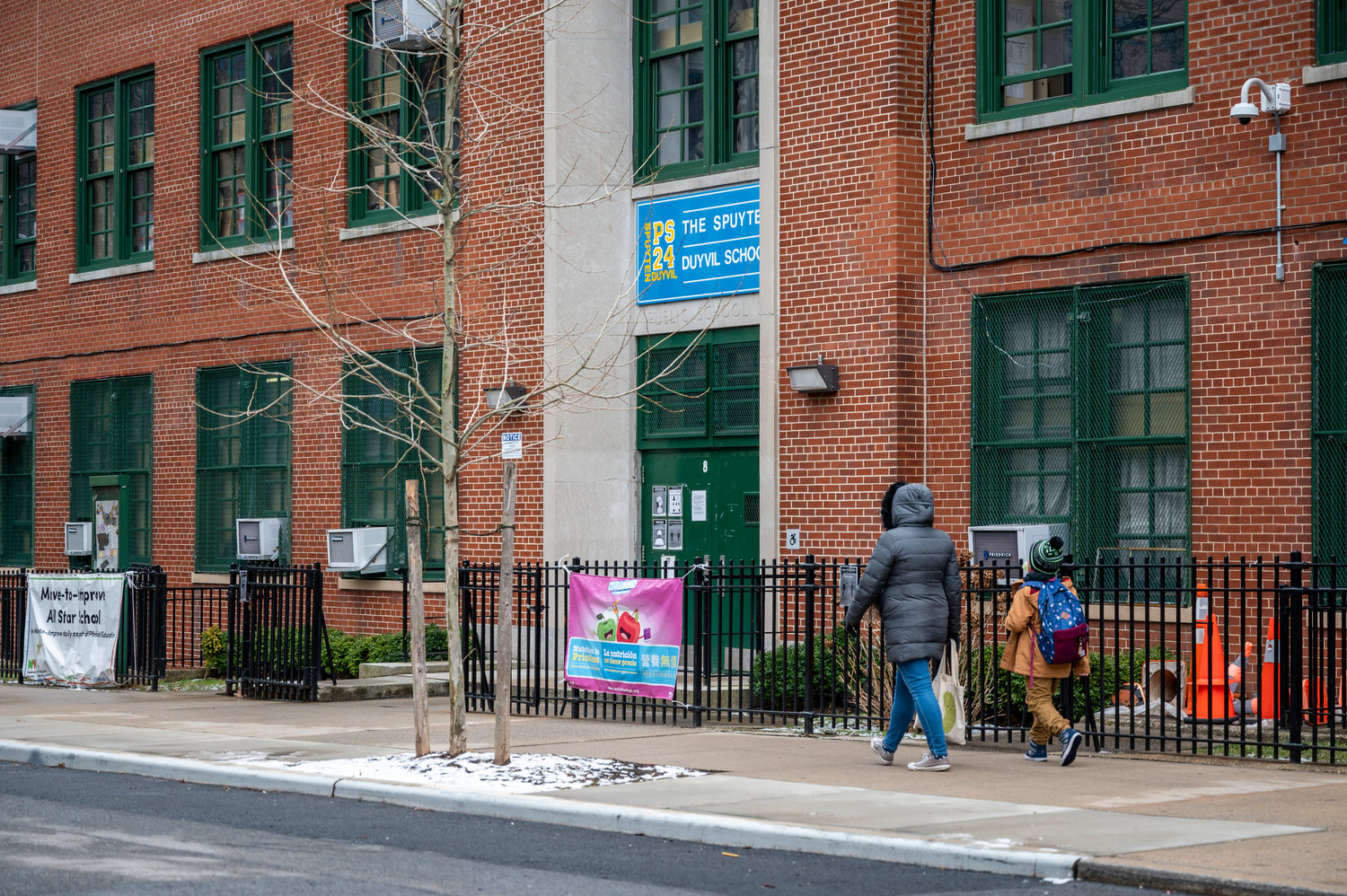 Many attending a Community Board 8 traffic and transportation committee meeting last month seemed opposed to installing bicycle lanes in an attempt to narrow Independence Avenue. But some like the idea, especially among those in the P.S. 24 Spuyten Duyvil parent association.
HIRAM ALEJANDRO DURÁN 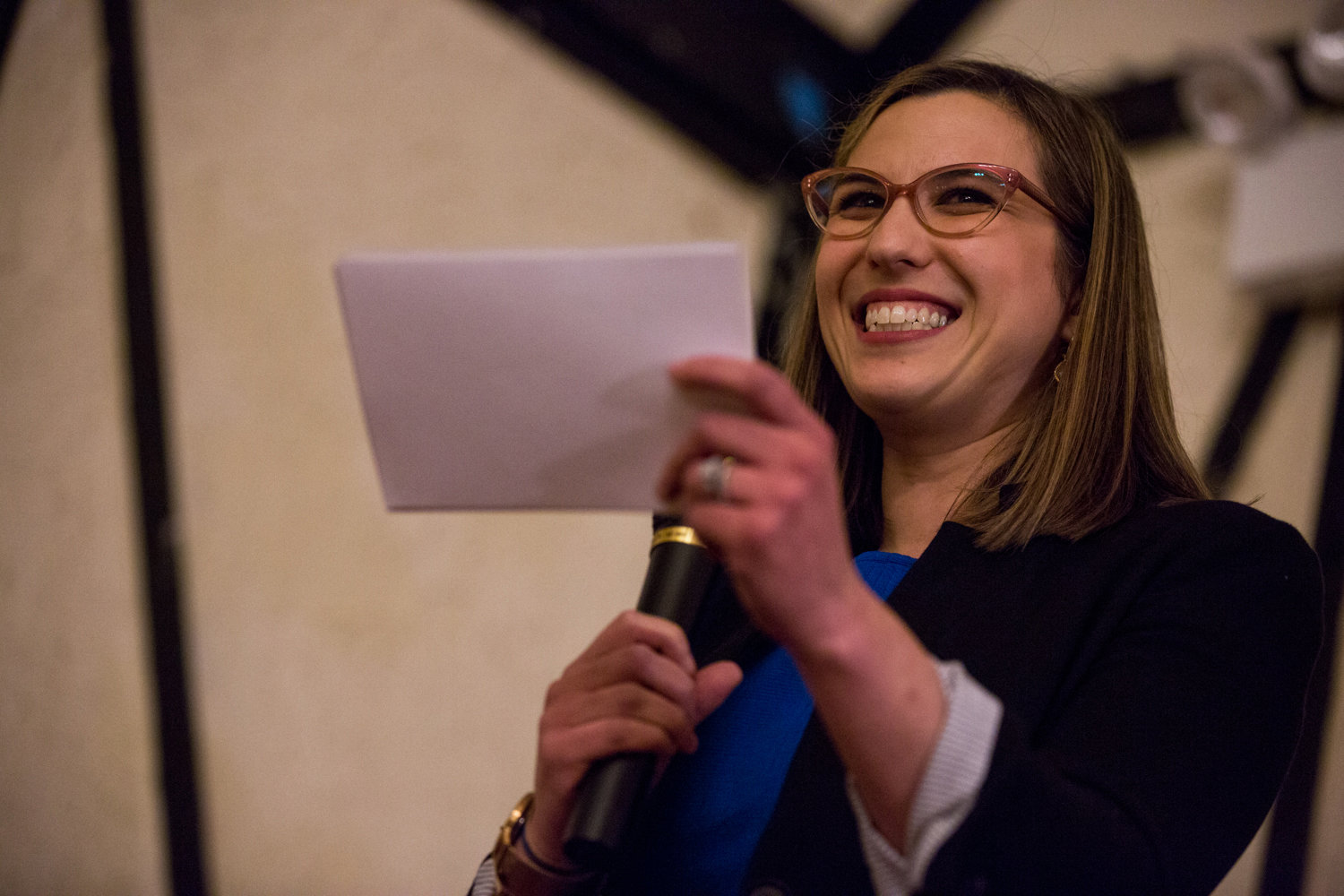 Morgan Evers, a member of the P.S. 24 Spuyten Duyvil parent association, says the idea to install bicycle lanes was actually quite popular among her group colleagues. The idea is not so supported, however, among other organizations along the same drag, like the Riverdale Jewish Center and the Whitehall Tenants Corp., led by Jeffrey Moerdler.
JULIUS CONSTANTINE MOTAL / File 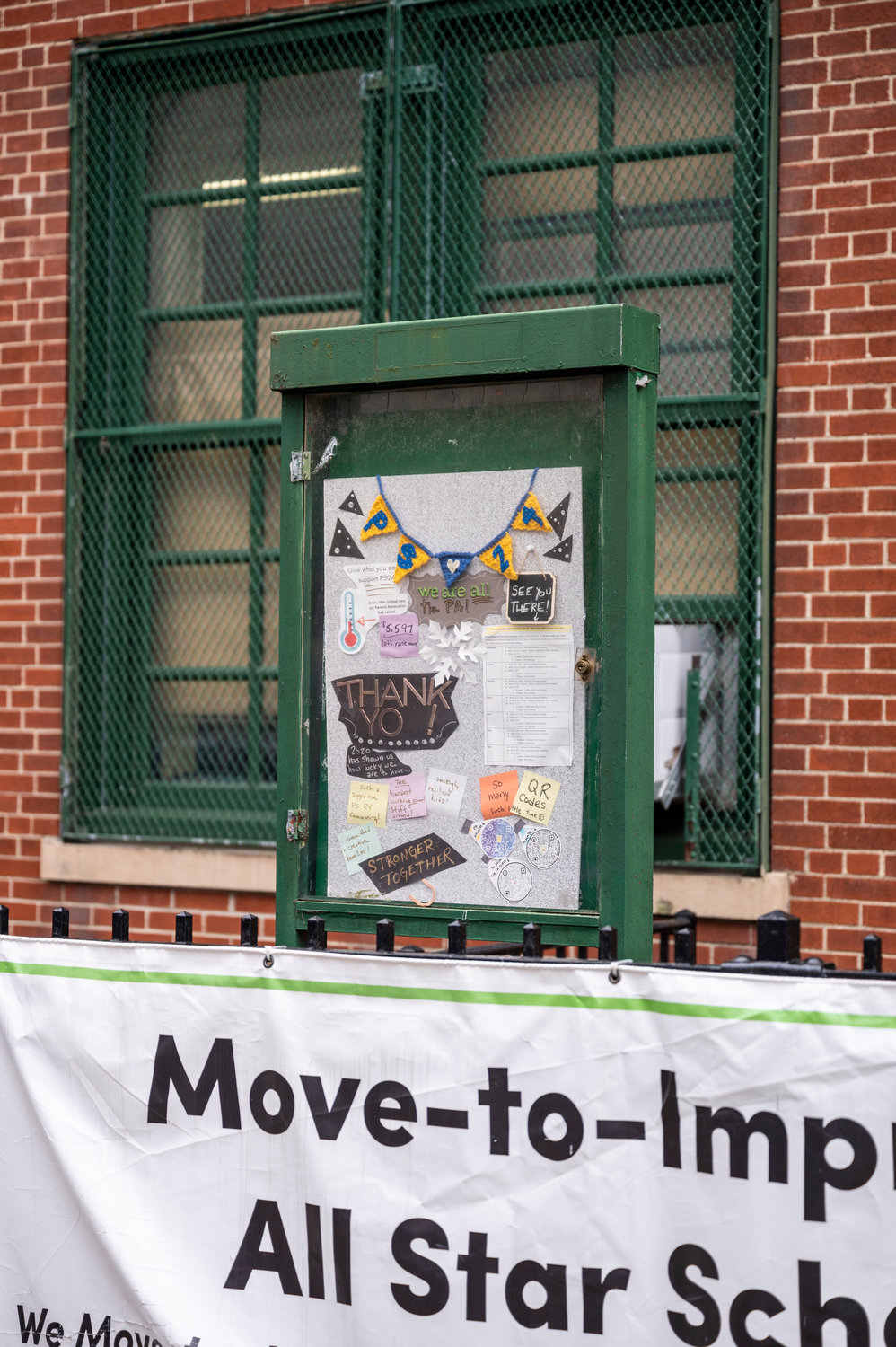 While some in the community are less than thrilled about the idea of using bicycle lanes to narrow Independence Avenue, others think it’s a good idea — including several members of the parent association at P.S. 24 Spuyten Duyvil, a school found along the street.
HIRAM ALEJANDRO DURÁN
Previous Next
By ROSE BRENNAN

It’s rare so much controversy surrounds one street in a neighborhood. But one in particular has many in the community up in arms about traffic safety and enforcement.

Much of the discussion lately surrounding Independence Avenue has been around curbing reckless driving. And one of the proposals to potentially cut down on it includes narrowing the streets in a variety of ways — among them, adding bicycle lanes.

From the uproar at last month’s Community Board 8 traffic and transportation committee meeting, it might seem bike lanes were a less-than-popular idea. Jeffrey Moerdler, chair of the nearby Whitehall Tenants Corp., was one of the proposal’s strongest critics, advocating for others to attend that meeting to voice their displeasure.

“We all believe very strongly that bike lanes are a great thing, but Independence Avenue is the wrong place for it,” Moerdler told the CB8 committee last month. “A five block-long protected bike lane that connects to nothing and just forces people back onto the streets or the sidewalk adds nothing to what we have now, and will create a traffic nightmare in the area.”

Moerdler said his voice represented some 1,000 people who live and work in the area. But it certainly isn’t everyone. His sentiments were, however, echoed by the Riverdale Jewish Center, a synagogue along Independence. Caroline Berman represented what she said was the synagogue’s disapproval of the proposed changes.

For Riverdale/Kingsbridge Academy, school isn’t currently in session — at least in-person. As of right now, it isn’t adding to school pick-up and drop-off traffic along Independence. But that could change as soon as school is back in-person again, something that could happen in just weeks.

With that, a few of RKA’s teachers aren’t looking forward to potential problems some of the proposed design changes might create. Among them is Robyn Rabinowe, a social studies teacher who’s particularly worried about the parking problems street narrowing could indirectly cause.

“I leave my house at 6:30 already just to have a parking spot,” Rabinowe shared at the meeting. “And it’s already a nightmare. I’m terrified of what would happen if more spots are reduced. I don’t know how we would go to work.”

But the ideas to change Independence’s design weren’t universally pooh-poohed. Morgan Evers, a member of P.S. 24 Spuyten Duyvil’s parent association, said most of her colleagues were largely supportive of installing bike lanes on Independence — one of a number of suggestions made by a traffic committee working group.

While some of Evers’ fellow members liked the idea of a bike lane, some still had concerns about safety when it came to high-traffic pick-up and drop-off times. But Evers thinks that could be an easy fix, potentially by restricting the times the bike lanes could be used.

This wasn’t without pushback, however. At one recent parent association meeting, members watched a presentation from traffic and transportation committee chair Dan Padernacht and Michael Amabile, who was part of the committee’s working group, and a P.S. 24 parent himself.

“When communities have to discuss these kinds of design proposals (for) roadways … there certainly are trade-offs, and no one should be under the illusion that you get to have your cake and eat it, too,” Amabile told The Riverdale Press. “But I would say, in my opinion, nine times out of 10, I would take the deal — that is, safer streets, bike lanes, more space for pedestrians, (and) shorter crossing distances.”

But while the parents themselves didn’t express outright opposition to some of the proposed design changes, Moerdler did. He attended the same parent association meeting to provide a counterpoint to Padernacht and Amabile. Evers described his presence as a courtesy, since Moerdler doesn’t have a child attending P.S. 24.

“He was very much against it,” Evers said. “He was very forceful in his opposition to it, which was after Michael and Dan Padernacht’s presentation. And then after that, other parents … didn’t really express any opinion.”

Moerdler felt his presence at both the committee meeting and the parent association meeting exemplified “democracy in action.” And while Evers believes he might have had an opposing view to many there, Moerdler says it’s important his opinion was nevertheless represented.

“Somebody mentioned (the parent association meeting) to me, and suggested maybe both sides of the issue ought to be presented, so that the parent’s association would hear not just one perspective, but both perspectives,” Moerdler said.

But Evers thinks some of Moerdler’s points are misinformed. Moerdler says drag racing wasn’t really a problem on Independence anymore, and there hadn’t been any recent reports of the practice. Yet even on that point, there is some disagreement.

“Other parents have said they still heard cars speeding in the night,” Evers said. “A few Sundays ago, there were motorcycles going up and down Independence Avenue. I think at one point, one of them drove up on the sidewalk and almost hit a baby carriage. So I’ve seen this.”

And we can’t forget that winter is here, and so roads aren’t exactly in the right condition for such reckless behavior. It’s something traffic committee member David Gellman notes could pick up again when the weather warms up. In fact, at last month’s meeting, he suggested tabling most of the discussion about the design changes until summer weather returns, that way his hypothesis could be tested.

Gellman got his way, but Evers remains generally supportive of the working group’s recommendations — provided some modifications are made to ensure the safety of drivers, cyclists and pedestrians alike.

“I feel like a bike lane on Independence Avenue would only be kind of a positive for our community,” Evers said. “I think it could be a good improvement for some of the people who live there.”