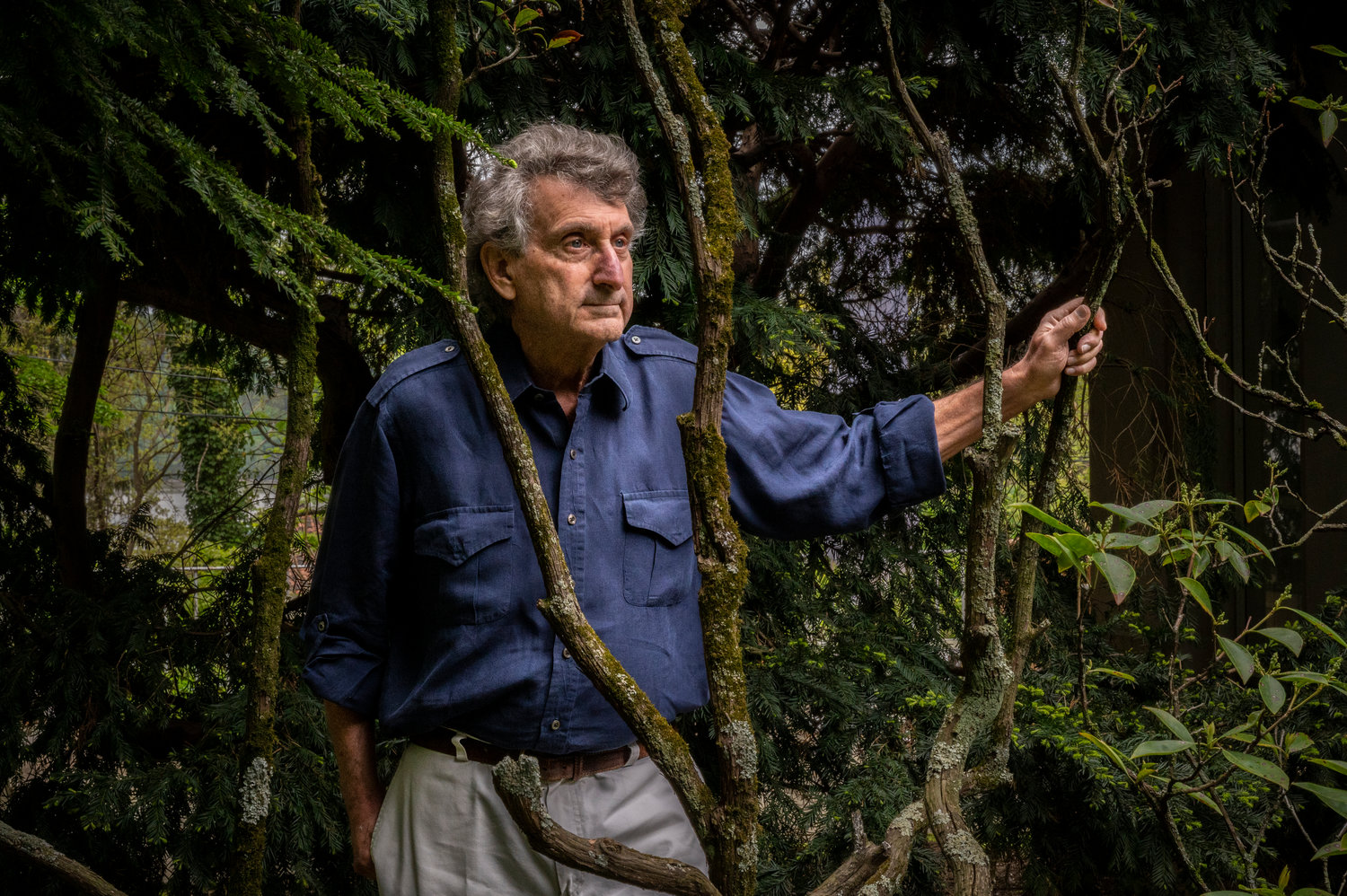 The Biden’s administration may be planning to cut carbon emissions in half by 2030, but author Bill Caplan says that’s not soon enough. In his new book, ‘Thwart Climate Change,’ Caplan claims many policymakers miss key carbon emission data — like that which comes from constructing the built environment.
HIRAM ALEJANDRO DURÁN
By ETHAN STARK-MILLER

The debate over the existence of man-made climate change is all but settled — 97 percent of climate scientists agree on this, according to NASA. And for the past few years, many policymakers — especially of the Democratic persuasion — have called it an existential threat.

The last four years under President Donald Trump didn’t help as the unpopular leader actively dismantled policies meant to slow down or even reverse the effects of global warming, all while promoting the production of coal and other fossil fuels responsible for the carbon dioxide emissions that create it in the first place.

Environmentalists expect this to change, however, now that Joe Biden has moved into the White House, noting climate change as a key part of his agenda. His environmental plan aims to cut in half carbon emissions from 2005 by the end of the decade.

Bill Caplan isn’t as impressed as he’d like to be.

“Well, that’s very nice,” he said. “But what do we do until we get there when climate change is happening now?” — all caused by the concentration of carbon dioxide that’s already in the atmosphere.

It was a question inspiring Caplan to write his new book, “Thwart Climate Change Now: Reducing Embodied Carbon Brick by Brick,” slated for a fall release. It’s Caplan’s third book following “Buildings are for People” in 2016 and “Contrasts 21c” in 2018.

Caplan is an engineer by trade who became passionate about the climate crisis later in life. Growing up in Brooklyn, he’s lived in Riverdale since the early 1980s.

After graduating from Cornell University in Ithaca, he founded Entran Devices — a company that made high-tech miniature sensing devices for the military. After 34 years leading the company, Caplan sold it in 2005 for $9.5 million.

He changed careers, enrolling in architecture school at the Pratt Institute, located in the Clinton Hill section of Brooklyn.

“I was doing that, basically, not to build houses in the Hamptons, but to get a better understanding of how architects work,” Caplan said. “Because there’s something lacking in this country in terms of building design, sustainability and everything. So, I wanted to see from the inside what was going on.”

Using his engineering background, Caplan discovered efforts to teach architects about energy-efficient design didn’t add up. It alerted him to the broader misconceptions architects, policy makers and even the general public have when it comes to actually cutting carbon emissions.

A good portion of his latest book, Caplan said, is devoted to educating people about “embodied carbon” while reframing discussions about how to best combat climate change. The first lesson? Realizing that cutting carbon emissions in the future is not the only way to fight climate change. And even then, those efforts could take several decades to achieve.

“The scientific agreement is we don’t have those decades to spare,” Caplan said. “Consensus is telling us that we have 10 to 15 years to really clamp down on our emissions. And so that is what this book is addressing: The reality of what we’re facing. And it’s really focusing a lot on what is being ignored.”

That’s where embodied carbon comes in. It’s the carbon footprint of everything humans produce, Caplan says, like buildings, cars — pretty much any product.

The large amount of embodied carbon that comes from manufacturing is seldom considered by policymakers when they think about how to mitigate the effects of climate change. However, some lawmakers have pushed efforts more recently to address such environmental impacts through bills like state Sen. Todd Kaminsky’s “producer responsibility” bill intended to shift the cost of environmental impacts back to manufacturers.

“The serious nature of this carbon footprint is that these are emissions that are going into our atmosphere, sometimes years before we use anything,” Caplan said. “And so these emissions are basically taken for granted.”

Embodied carbon makes up a serious portion of emissions, Caplan said, with as much as 40 percent of greenhouse gases coming from buildings and construction, as well as the emissions from operating those buildings. Cement production alone accounts for 7 percent of energy-related emissions.

Even products designed to help the environment like solar panels and electric cars emit embodied carbons. While policymakers may think this technology is the answer to environmental issues, Caplan says the carbon impact from manufacturing both could offset any gains from using the technology.

For example, rooftop solar panels are manufactured in a way that is not exactly environmentally friendly. That’s why Caplan believes they should only be installed in parts of the country where they’ll make enough carbon-free energy over a 10-year period to offset its embodied carbon.

“If you get down into the south, or sunny areas in California, there’s a big gain,” Caplan said. “But if you go into upstate New York or even New York City — where there’s a lot of shade from buildings — then the bottom line is, it’s a mistake to put some of those solar panels up. Because we’re going to be adding more carbon dioxide to the atmosphere now to make them.”

Caplan says his book is not just about pointing out problems with embodied carbon emissions, but how their negative impact can be mitigated.

For instance, because concrete is such a high emitter of embodied carbon, Caplan recommends cutting back on using it for aesthetic purposes when constructing homes and buildings. Another solution is to introduce a new carbon emissions labeling system for products.

If nothing else, when it’s all said and done, Caplan wants readers to understand why embodied carbon emissions need to be reduced now, and not wait for another decade.

“It’s important to me to somehow try to awaken people — policymakers and architects — to what has to be done now,” Caplan said.

“Do I think that I’ll succeed in my message? No. But that doesn’t stop me from trying.”