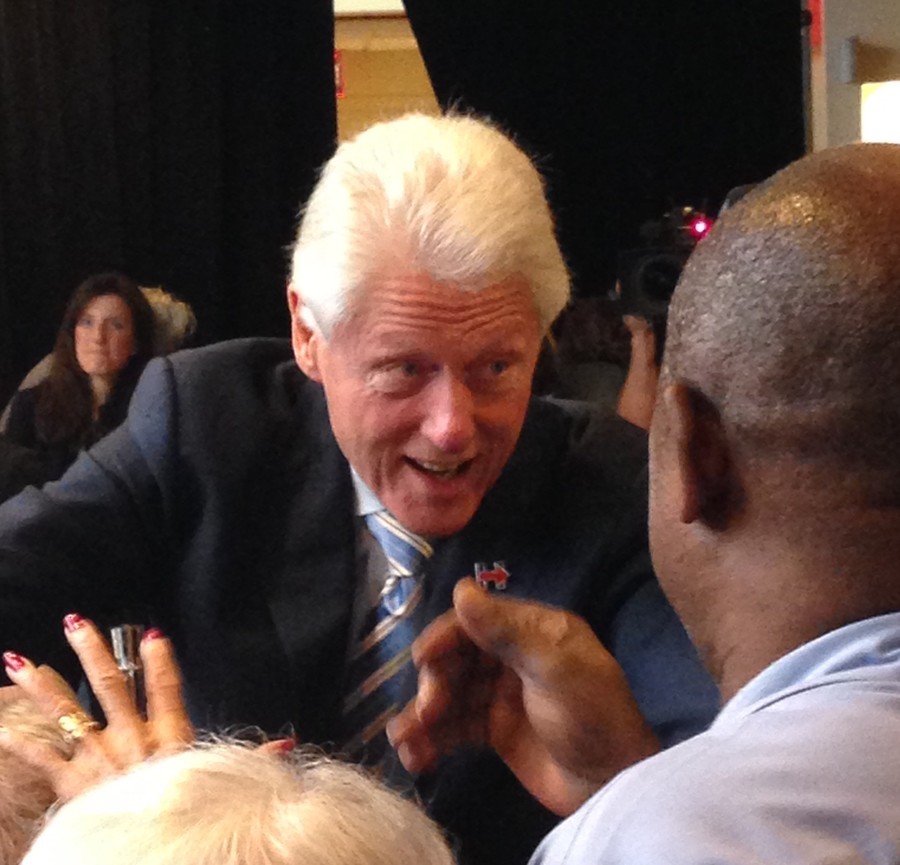 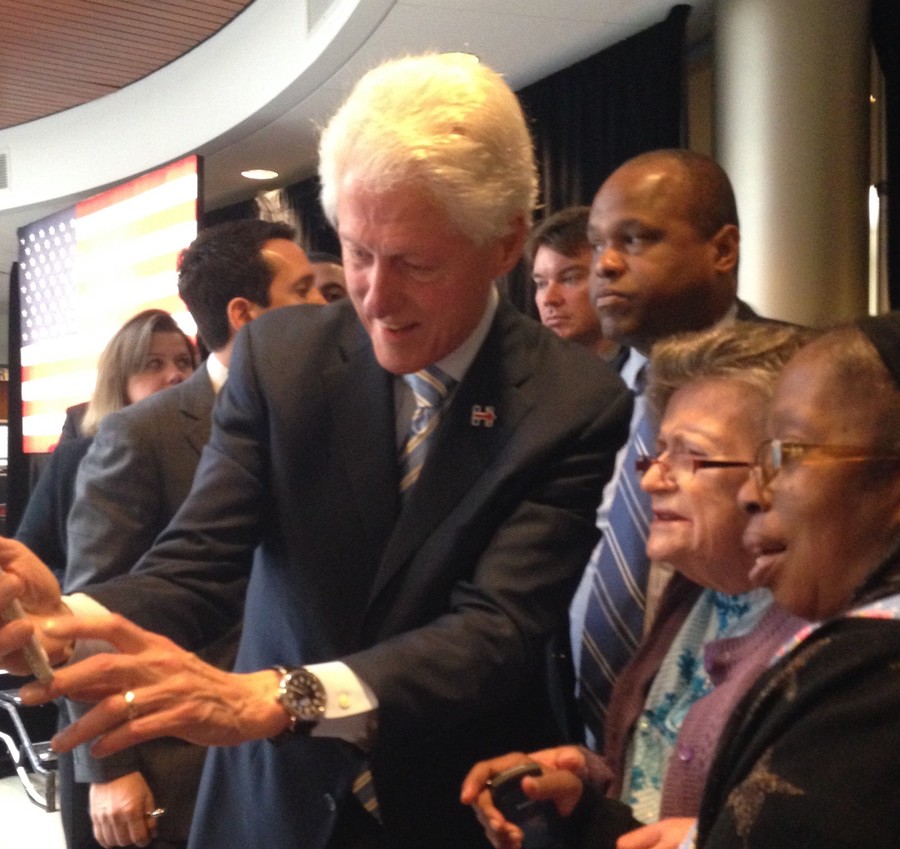 Former President Bill Clinton struck an intimate note with hundreds of residents of the Hebrew Home at Riverdale while campaigning for his wife Hillary Clinton this morning.

Speaking before the elderly residents and dozens of staff members in a sunny atrium, Mr. Clinton heaped praise on the local institution, which is nationally known for its work on elder abuse, and smiled as he acknowledged that grandparents’ day originated there.

“I was halfway across the country talking about how New York’s economy was growing fast and the growth was being led by the Bronx, then by Queens and Brooklyn and then by all these young people coming into Manhattan,” Mr. Clinton said. “It’s a whole different future, but you are still a big part of that. So I’m very grateful that you’re all here.”

Speaking on a podium flanked by the flags of U.S. and Israel, Mr. Clinton said Ms. Clinton was the best choice to lead on issues including Israeli security. The Hebrew Home at Riverdale has no religious affiliation, but many of its roughly 1,000 residents are Jewish.

“She has been a good friend of Israel. She understands something about the Middle East that a lot of people in this election don’t. If you really want peace, if you want a better deal for all the people who live there, if you’re sympathetic with the poverty of the Palestinians… you can’t help them unless first, the Israelis know that the United States is committed to their security, to their prosperity and their possibilities,” he said to applause.

The Hebrew Home at Riverdale is a polling site in the Tuesday, April 19 primary. The facility has worked to register all its residents to vote and plans to help those who need assistance reach the ballot.

After his roughly 15-minute speech, Mr. Clinton walked among rows of residents, chatting and posing for pictures.

As audience members and a small swarm of journalists dispersed, a resident reflected on the morning.

Asked if he plans to vote for Ms. Clinton, Mr. Beck said he is still deliberating. “I have been following the campaign,” he said.