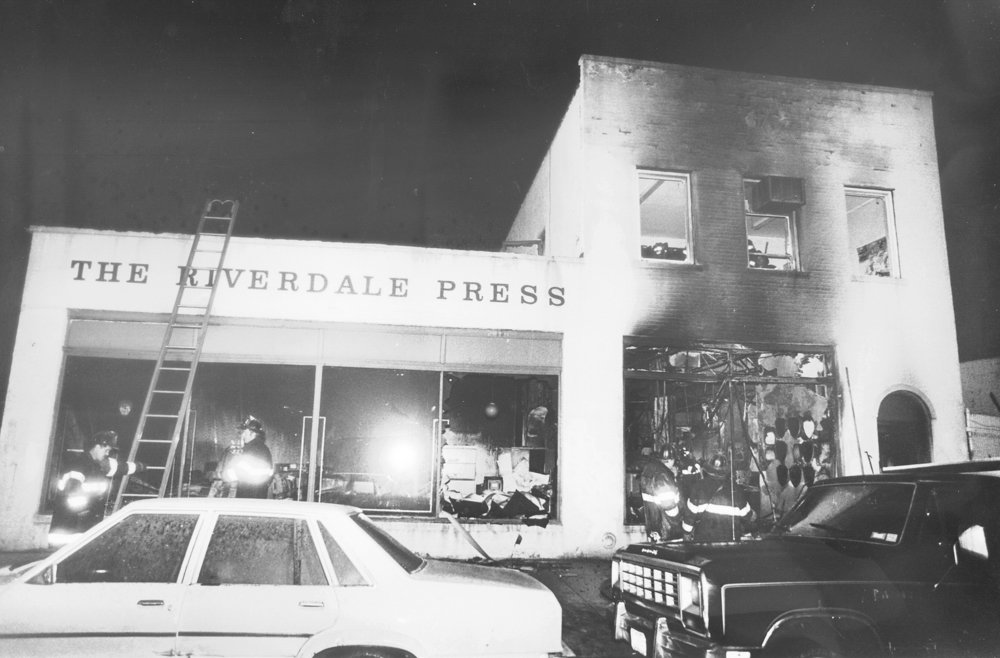 The Broadway office for The Riverdale Press stands after being firebombed on Feb. 28, 1989, following an editorial defending the right to read (and buy) Salman Rushdie’s ‘The Satanic Verses.’
GRETCHEN McHUGH / File 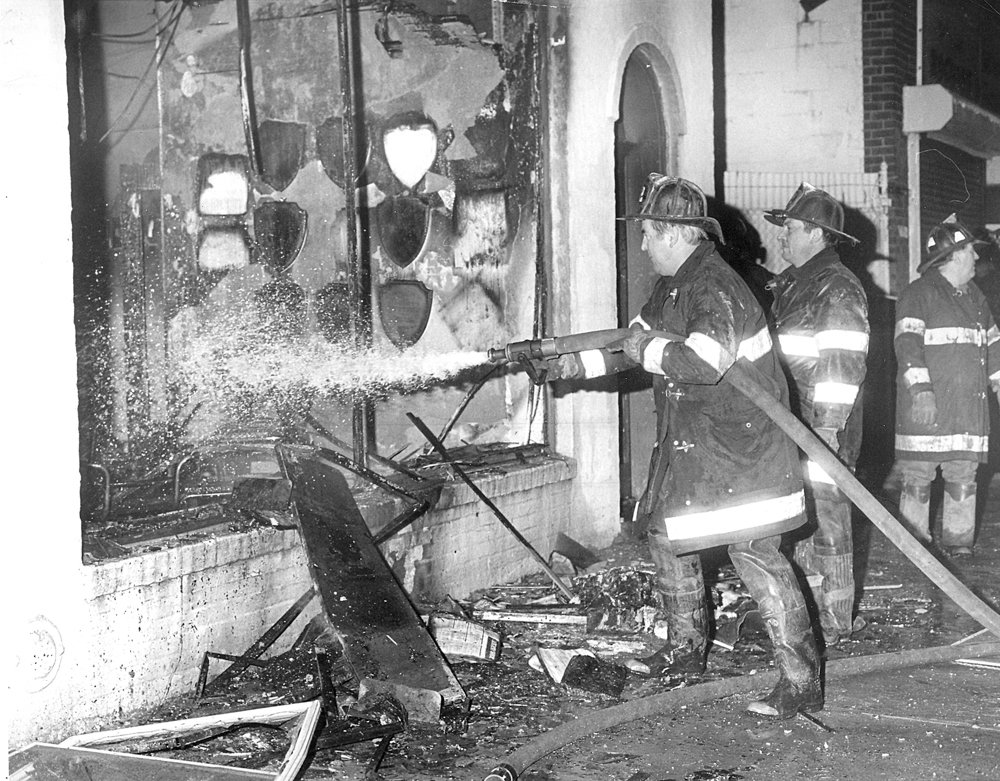 Firefighters use a hose to tackle the blaze through the newspaper’s front window.
GRETCHEN McHUGH / File 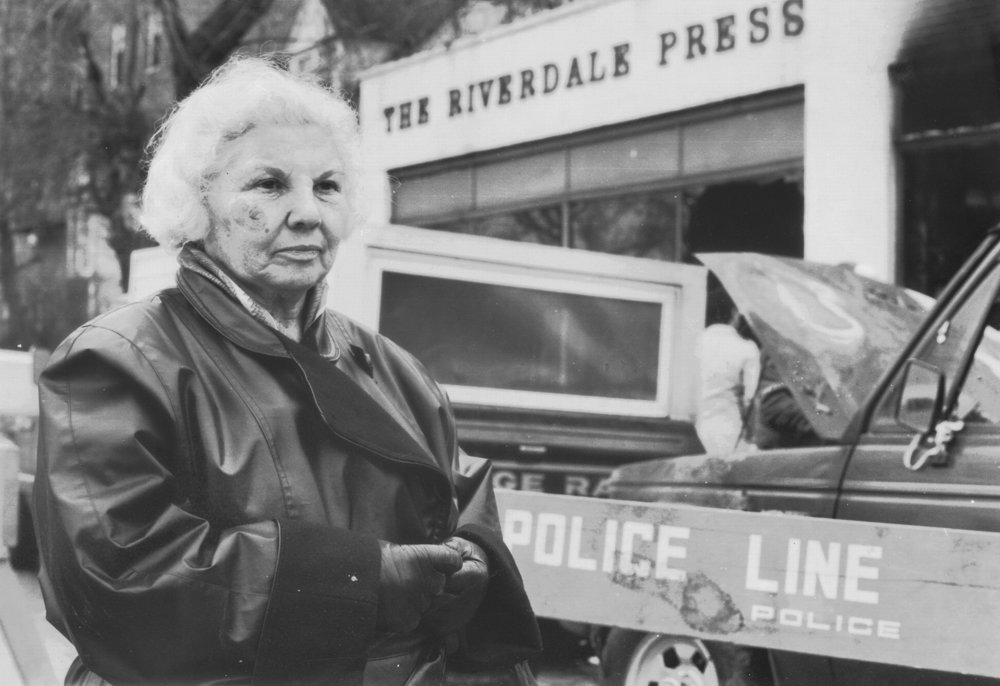 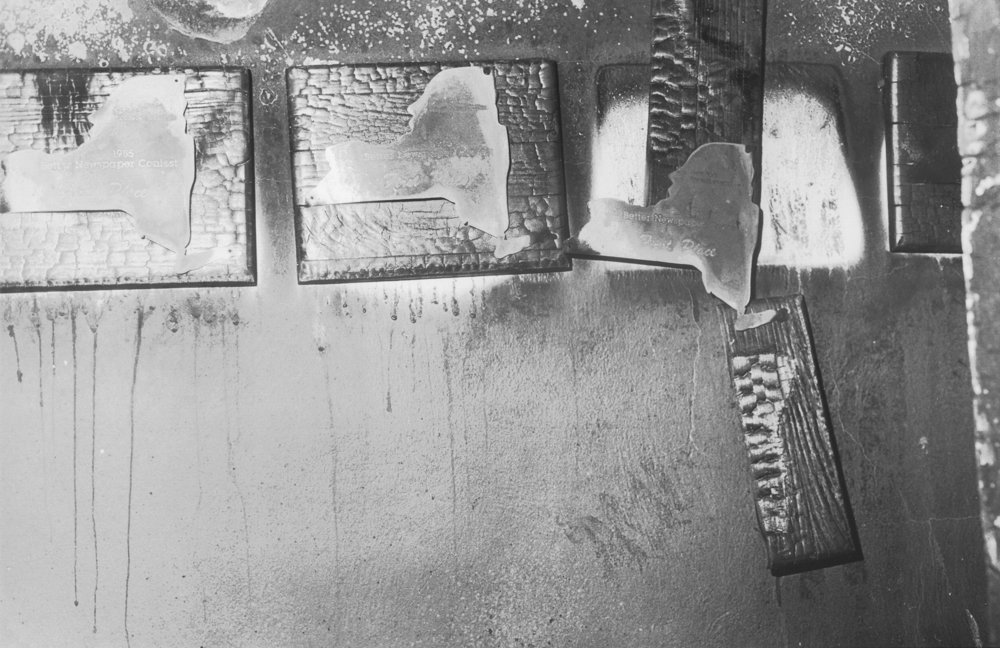 Burned awards from the New York Press Association barely hang on the wall inside The Press office.
GRETCHEN McHUGH / File 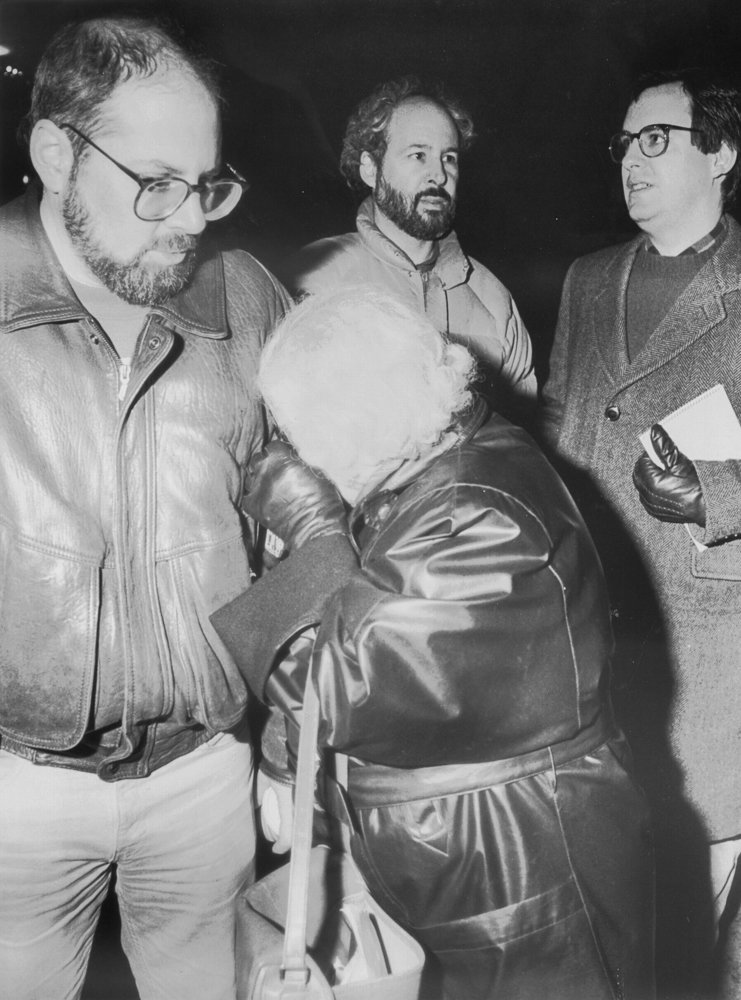 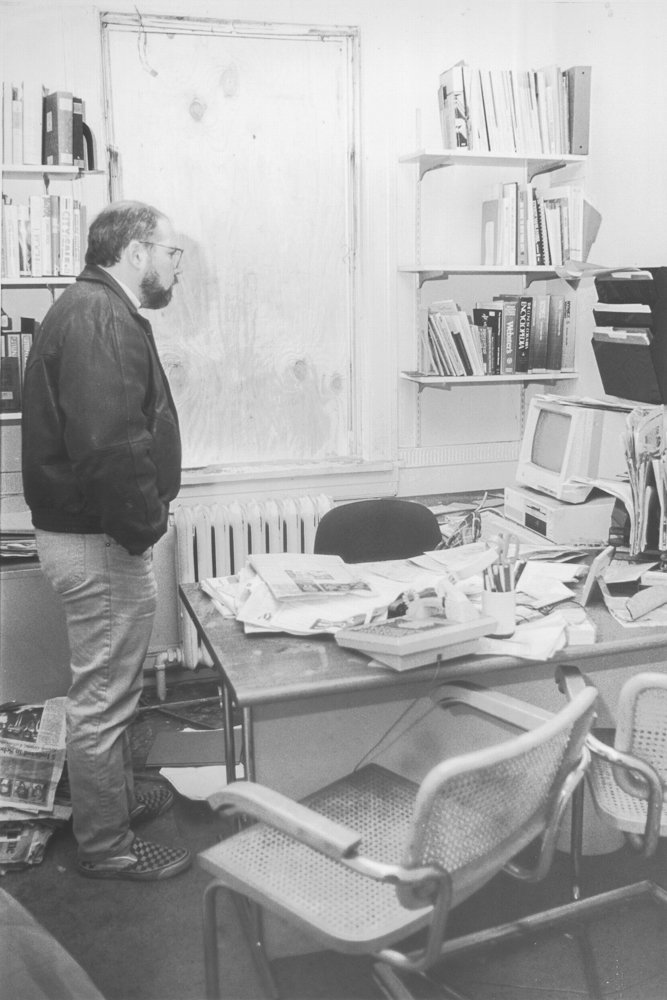 During her years at The Riverdale Press, Gretchen McHugh found ways to be first on the scene, and capture the sights — and emotions — before time could sweep them away.

That was no different in the early morning hours of Feb. 28, 1989, when a tip from a source at the local fire department pulled her to the scene of her own workplace before her colleagues could even get there.

Firefighters actually extinguished the flames quite quickly, according to deputy editor Tom Watson. But still, Gretchen and other photographers on the scene — including Abe Kantor and Alan Zale, among others — memorialized this blatant attack on press freedom. And now, 30 years later, the impact of those two Molotov cocktails are not forgotten.

Many who were there that day will never forget the smell of burnt wood and paper inside the charred ruins. But those who banded together to keep the paper going afterward will always be remembered as well.