Families receive up to $300 per kid, but keeping program not quite a given 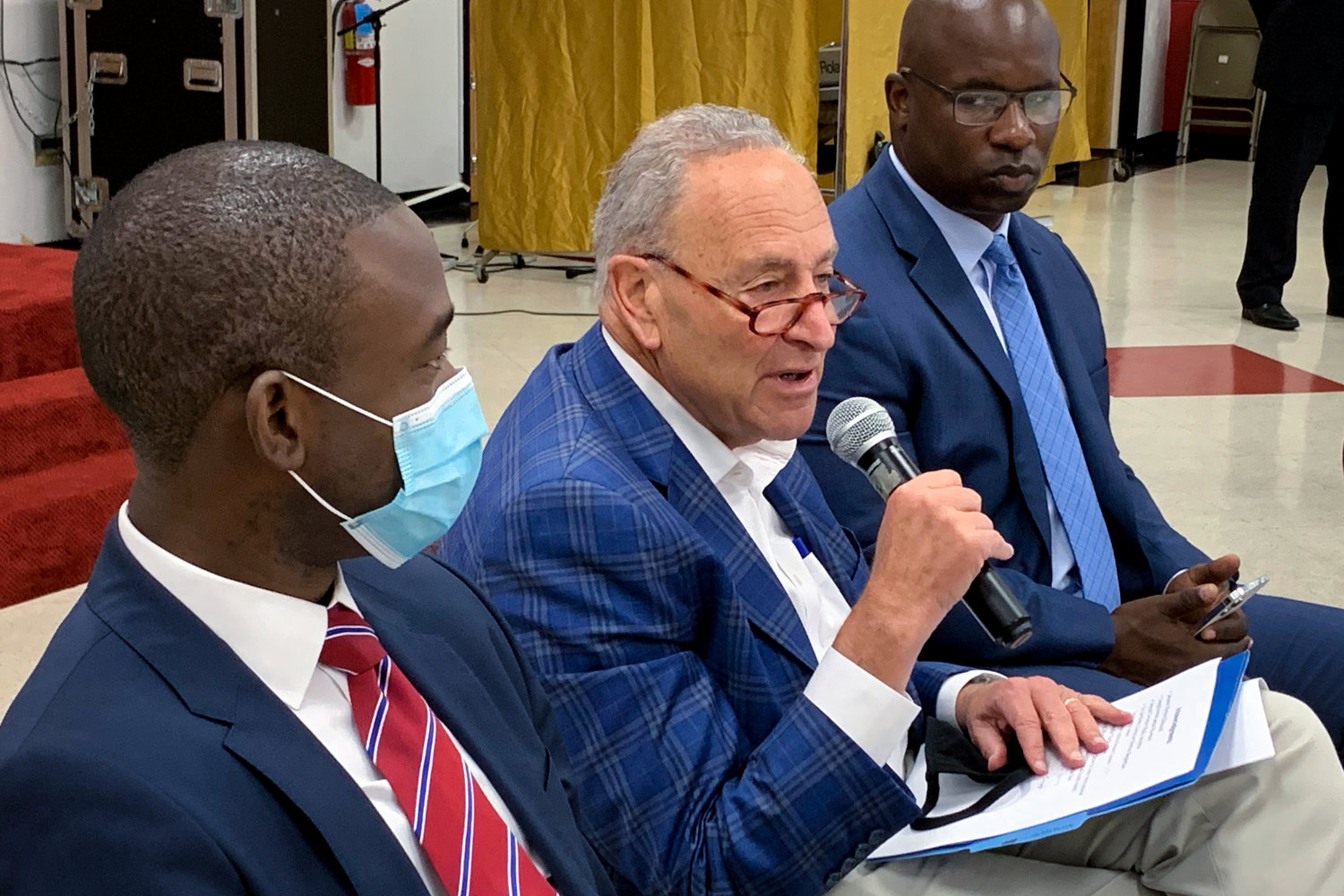 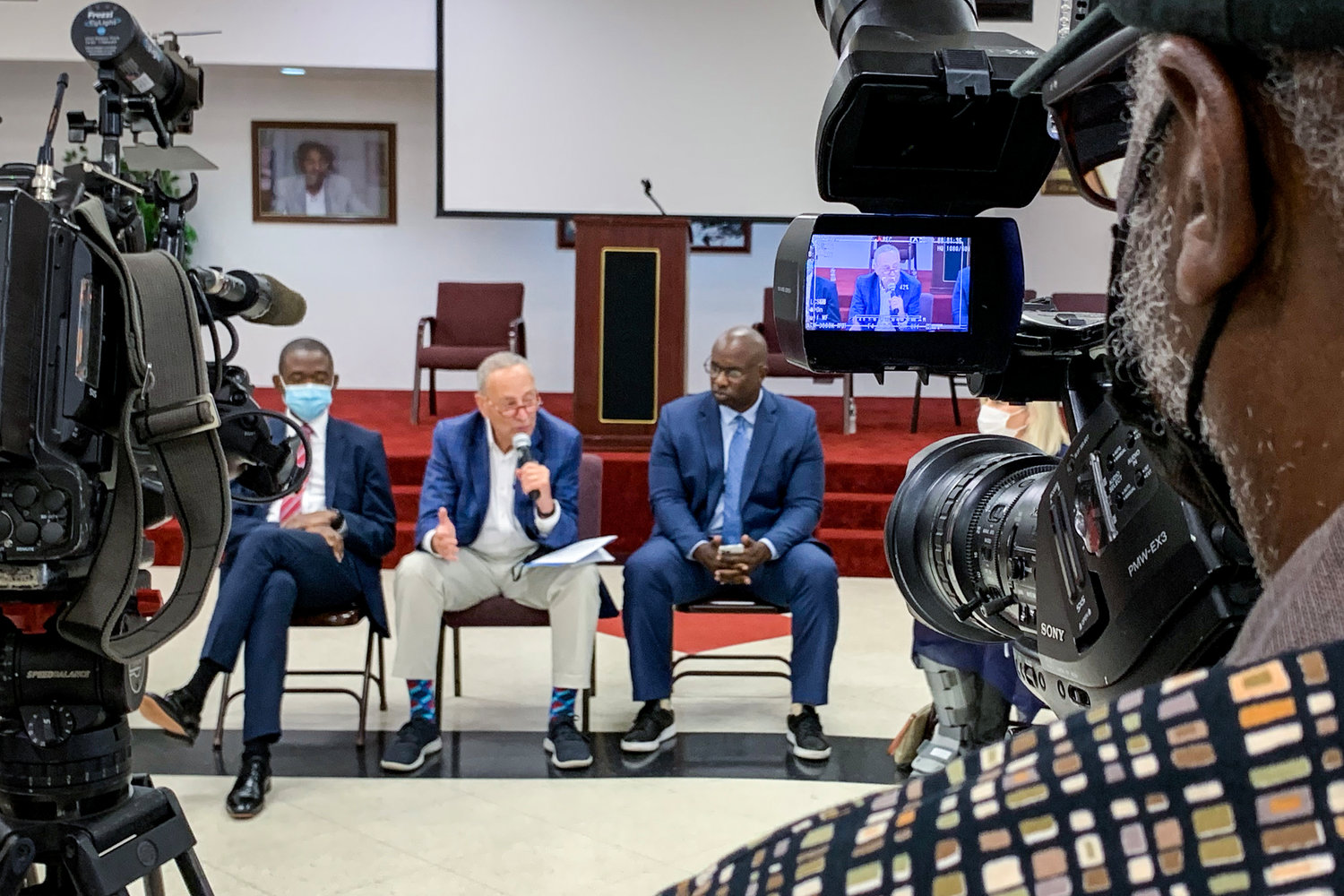 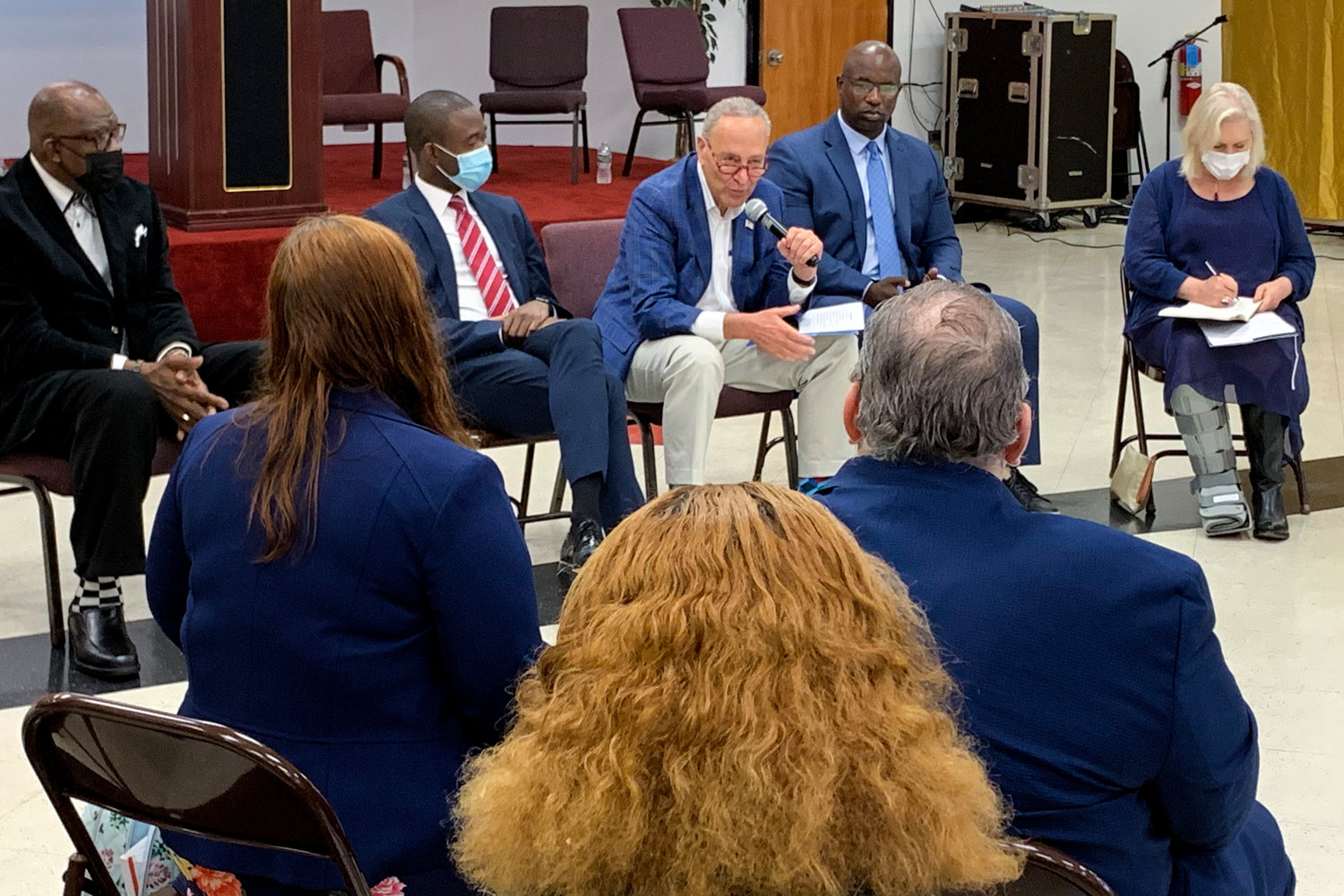 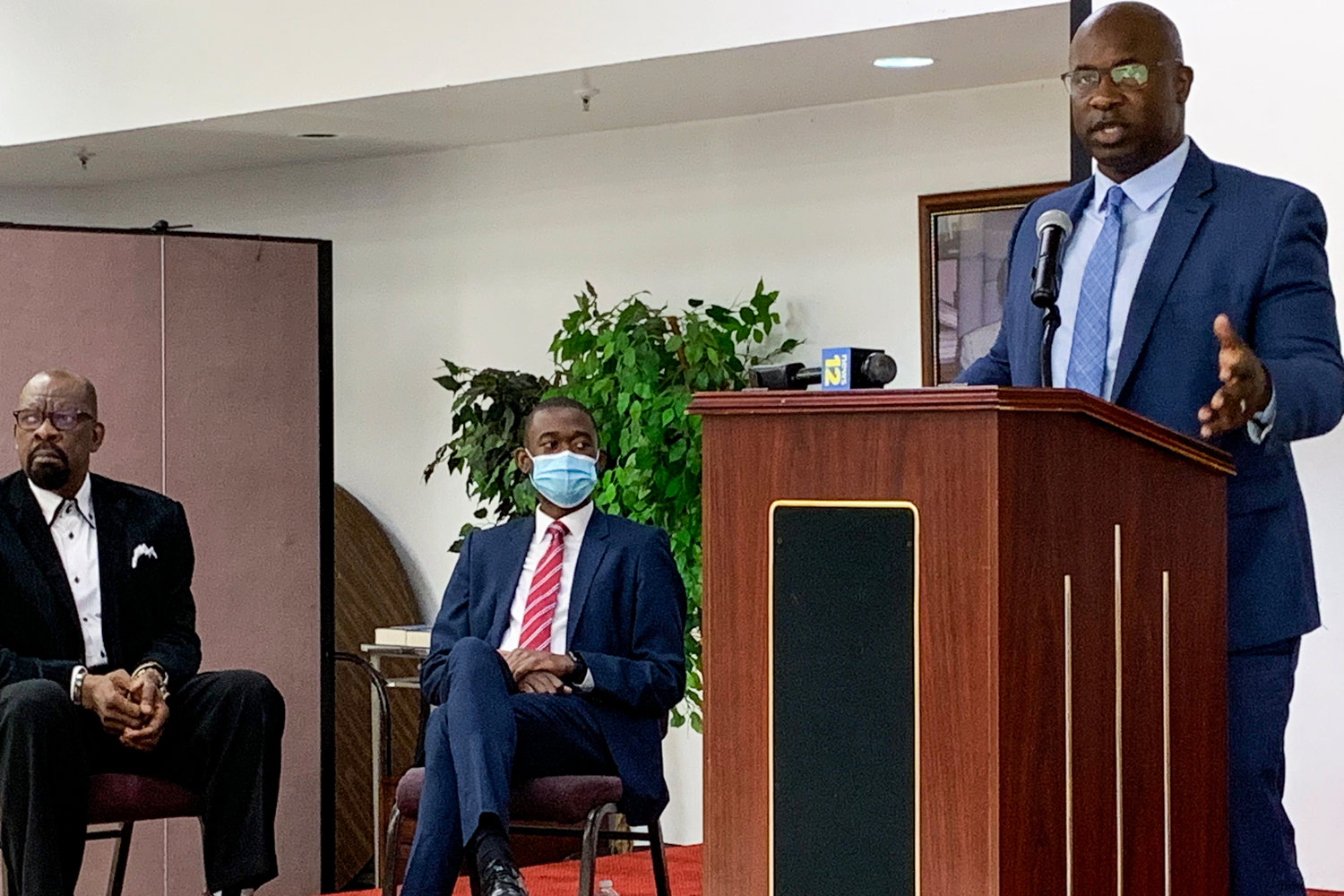 U.S. Rep. Jamaal Bowman likes how advanced monthly payments to families through the child tax credit are making a difference. But it’s only the beginning of the journey to end poverty in the country, not the end, he says. Bowman touted the plan during a Yonkers town hall that included U.S. Treasury Department deputy secretary Wally Adeyemo, center.
MICHAEL HINMAN
Previous Next
By MICHAEL HINMAN

Full-time job or not, it’s not easy to make a living, even with New York pushing minimum wage well past the basement lows of the federal standard. The coronavirus only made all of it worse.

Raquel Ali knows all about that. While Congress has provided some help here and there, making ends meet was almost impossible until a much different check arrived in the mail for the first time last month. It had the kind of money that could help Ali pay for food, keep the lights on, or even catch up on rent.

“Individuals in my community that look like me have often been struggling paycheck-to-paycheck,” Ali said. “The pandemic has really hit us extremely hard, but this child tax credit has allowed me the opportunity to provide for my daughters in ways that I would not have been able to do if this wasn’t provided to me.”

The IRS calls these payments an “advance” on the federal child tax credit, providing up to $300 each month for every child under 6, and $250 each month for older children. The first checks already have gone out to families that typically file tax refunds, and the push is on now to ensure every family in need gets paid — even if they don’t normally file taxes.

It’s the need for exactly that kind of education that prompted U.S. Rep. Jamaal Bowman to call for a town hall in Yonkers last week to discuss it.

He invited two senate majority leaders — Andrea Stewart-Cousins on the Albany side, and Chuck Schumer from the Washington circuit. Bowman also welcomed U.S. Sen. Kirsten Gillibrand, and U.S. Treasury deputy secretary Wally Adeyemo. Bowman’s goal was not just to spread the word about the availability of funds like this through the Biden administration’s American Rescue Plan, but to push for making these monthly payments permanent past December.

“I ran for office because I believe personally that the cycle of poverty is systemic, is rooted in racial injustice, and is rooted in gender bias,” Bowman said. “It is violence. It is trauma. It is a crime. But, most importantly, it is our policy choice.”

Far too often, elected officials — even those in Congress — don’t pay much more than lip service to poverty, Bowman said. Adeyemo — the one-time chief of staff under Elizabeth Warren at the Consumer Financial Protection Bureau — says he is paying attention. And efforts like these monthly payments are helping more than 16 million children across the country — 3 million of them here in New York, receiving a little more than $400 a month on average.

“It’s about making sure they have clothes on their back and food in their bellies. And what the president was committed to doing was using the American Rescue Plan to try and address those issues in a way that mattered, and mattered to the lives of people who are sitting in this room, and the people in this community.”

Congress passed the American Rescue Plan last March, a $1.9 trillion economic stimulus package designed to keep families afloat financially while the coronavirus pandemic rages on. It also gave some much-needed help to struggling businesses as well. Republicans weren’t interested in passing a stimulus bill this expensive, fearing it would cripple the economy by saddling it with more government debt.

Democrats worked around Republicans in the Senate through a process known as budget reconciliation. There, with the blessing of the Senate parliamentarian, budget-related bills require only a simple Senate majority — which Democrats hold with the tie-breaking vote from Vice President Kamala Harris.

While congressional Democrats expect they can use reconciliation again to pass a more permanent version of these monthly payments to families with children, Bowman told The Riverdale Press he would very much like to see Republicans join them with a commitment to help families that struggle financially — pandemic or not.

“They don’t want to support anything that Democrats propose,” the congressman said.

“So Republicans continue to be obstructionists, for whatever reasons. A bill that makes complete sense for the entire country, they just won’t support it.”

Holding slim majorities in both chambers has helped get some Democratic measures moving forward toward Joe Biden’s desk, but Bowman admits he wishes there was far less resistance from the GOP.

“We need 10 Republicans to support whatever the Democratic agenda is,” Bowman said, citing the 60 votes needed in the Senate to overcome a filibuster. “That’s why reconciliation is helpful. But going forward, we have to look back to go forward. And not everything can go through reconciliation.”

Democrats were reminded of that earlier this week when the Senate parliamentarian rejected allowing an immigration bill to be pushed through the upper chamber using reconciliation. Now if Democrats want to help Dreamers — immigrants who entered the country undocumented while they were still children — move closer to citizenship, they’ll have to convince 10 Senate Republicans to join them.

But at least on Friday, lawmakers like Chuck Schumer were more focused on some of the other domestic wins, like providing financial help to families in need.

“And with more productive citizens ready to do things, we are trying to help this community in so many more ways.”