Congressman likes the bill, but says its spending programs are not enough 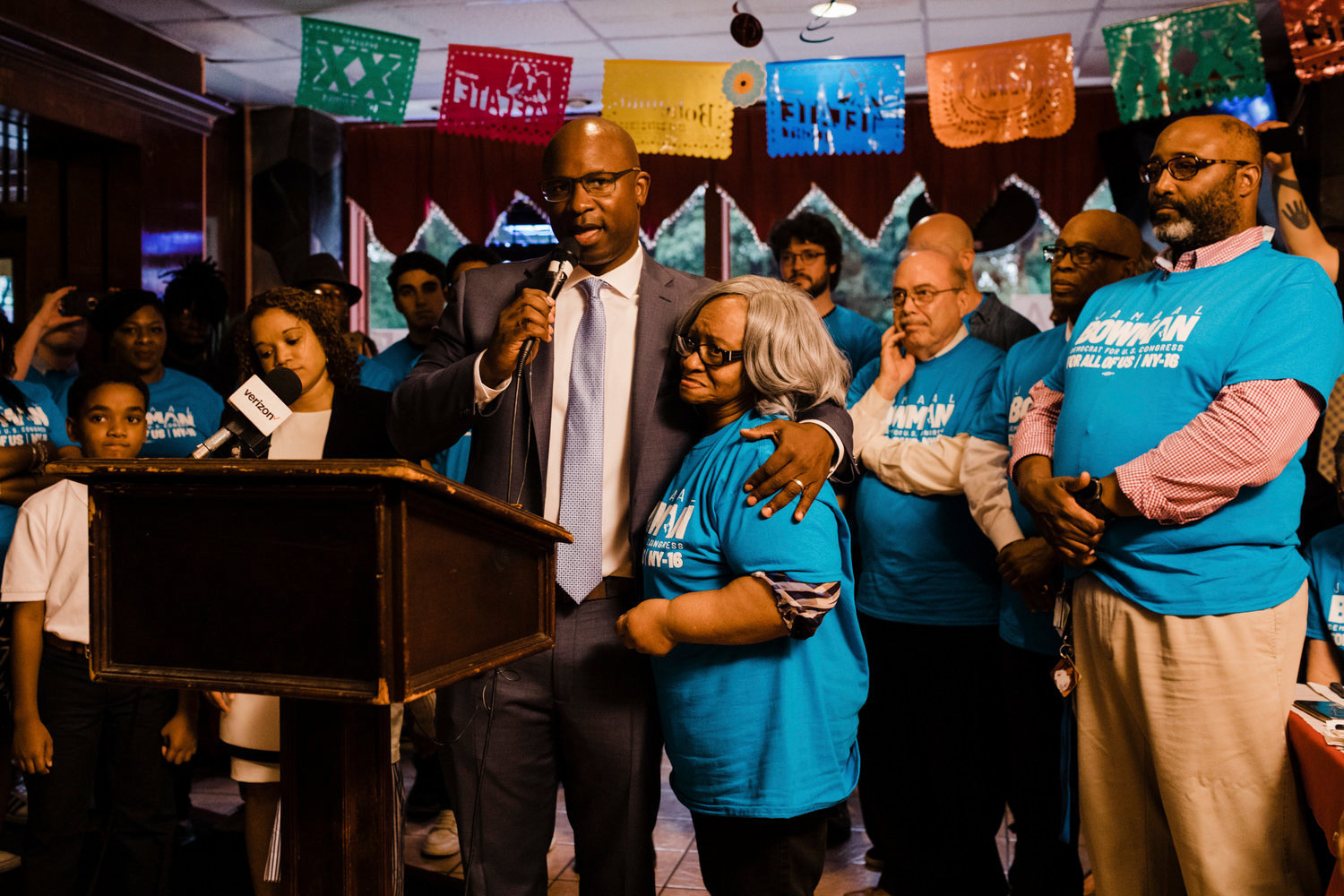 U.S. Rep. Jamaal Bowman earlier this month voted against a $1.5 trillion bipartisan infrastructure bill touted by President Joe Biden that had already passed the U.S. Senate. Bowman says he voted against the bill because it wasn’t paired with another major spending bill, Biden’s Build Back Better Act, which Bowman fears could be left on the cutting room floor.
File photo courtesy of Corey Torpia Photography
By ETHAN STARK-MILLER

Jamaal Bowman has been very clear for months about his position on President Joe Biden’s infrastructure bill: He would only give the legislation a thumbs up if it was on the House floor the same time as another massive spending bill, the Build Back Better Act.

And the congressman stayed true to his word, joining other members of The Squad in casting a “nay” vote on the $1.5 trillion bipartisan Infrastructure Investment and Jobs Act when it was offered without Build Back Better by its side. Also taking heat were his congressional “Squad” colleagues Alexandria Ocasio-Cortez, Ilhan Omar, Rashida Tlaib, Ayanna Pressley and Cori Bush.

Despite those no votes, the infrastructure bill passed with the support of the remaining Democratic caucus along with 13 Republicans. Biden signed it into law on Monday.

Passing both bills at the same time was simply non-negotiable for Squad members, Bowman told The Riverdale Press because the infrastructure bill alone doesn’t do enough to increase social safety net funding. Instead, the passed bill is mostly focused on repairing and replacing the country’s hard infrastructure — like bridges, roads and public transit. It also invests in expanding broadband internet access and building an electric vehicle charging network.

By contrast, the significantly more expensive Build Back Better would spend nearly $2 trillion in social programs like child care, paid family leave and elder care. Additionally, Build Back Better also fills in many of the funding gaps Bowman sees in the infrastructure bill. For instance, it invests in climate change mitigation rather than just fixing infrastructure already damaged by severe storms.

“It’s unfortunate, because when we invest in people — which the Build Back Better Act does — in an equitable democracy, everyone benefits and the health of the economy is transformative,” Bowman said. “Bills, like the infrastructure bill alone, does very well for a small percentage of people. Helps with physical infrastructure. But whereas the Build Back Better Act has $550 billion to invest in climate change mitigation, the infrastructure bill only has money to fix the damage that climate change creates through severe storms and flooding and other things”

For months, the infrastructure bill was supposed to go to the House floor at the same time as Build Back Better, Bowman said.

“And at the last minute, six of my colleagues decided they wanted a Congressional Budget Office score for the BBB,” the congressman said, which would keep the legislation off the floor. “We were on pace. The Build Back Better Act was ready to be voted on. And it wasn’t. And the only reason was they wanted the CBO score.”

Bowman said he only received notice his colleagues wanted a CBO score — used to help determines if congress can pay for a particular spending bill — mere hours before the vote was supposed to take place. Also, the CBO score wasn’t necessary because both the House and the Biden administration had already vetted the bill.

Additionally, Bowman said, his “no” vote was about holding his more center-left colleagues accountable for stripping down the contents of Build Back Better — once a $3.5 trillion package — to appease Republican lawmakers in both chambers. Build Back Better “was consistently being reduced and gutted by some of the more moderate and conservative members of the caucus, and some strong lobbyists who wanted to kill the bill altogether.”

Even with this explanation, some of Bowman’s party contemporaries strongly disagreed with his decision. Manuel Casanova — who’s looking to challenge Bowman for his congressional seat next year — quickly criticized the congressman’s vote, according to published reports.

Casanova, who’s reportedly running to the right of Bowman, put out a statement after the vote saying he’s “appalled and dismayed” Bowman would “throw a protest vote.”

Constituents for Bowman and Ocasio-Cortez also lashed out as many struggled to understand why the two lawmakers didn’t back a bill that aims to make tangible repairs to the city’s subway and sewer systems.

In a town hall last week, Bowman said he noticed many of his constituents were confused about the difference between the hard infrastructure bill and Build Back Better.

“People thought I was voting against child care,” Bowman said. “They thought I was voting against lowering prescription drug costs. They didn’t know about the six Democrats who changed their minds in the 11th hour. Many people felt these bills were conflated, like they were one in the same, and that I voted against all of it, which I would never do.

“But people were confused, and that’s on us as a Democratic Party. We haven’t done a good enough job of communicating what’s in both bills.”

Also, it was clear the infrastructure bill had enough votes from House Democrats and Republicans to pass without Bowman’s support, he said. But if the margin had been thinner, Bowman added, he couldn’t guarantee he would cast a vote to assure its passage.

Build Back Better Act isn’t dead, and could get a floor vote in the House as early as this week, Bowman said. But then Build Back Better has another major hurdle to clear — the Senate, where it faces opposition not only from Republicans who hold a razor-thin minority, but also moderate Democrats Joe Manchin of West Virginia and Kyrsten Sinema of Arizona.

“It needs to pass as soon as possible,” Bowman said. “My colleagues signed a letter saying that they would vote in support of it the week of Nov. 15, whether the CBO score is back or not. So, this week, all eyes will be on them, to see if they’re ready to support it and pass it.

“And then it has to go through the process in the Senate, which obviously, we’re all very concerned about.”