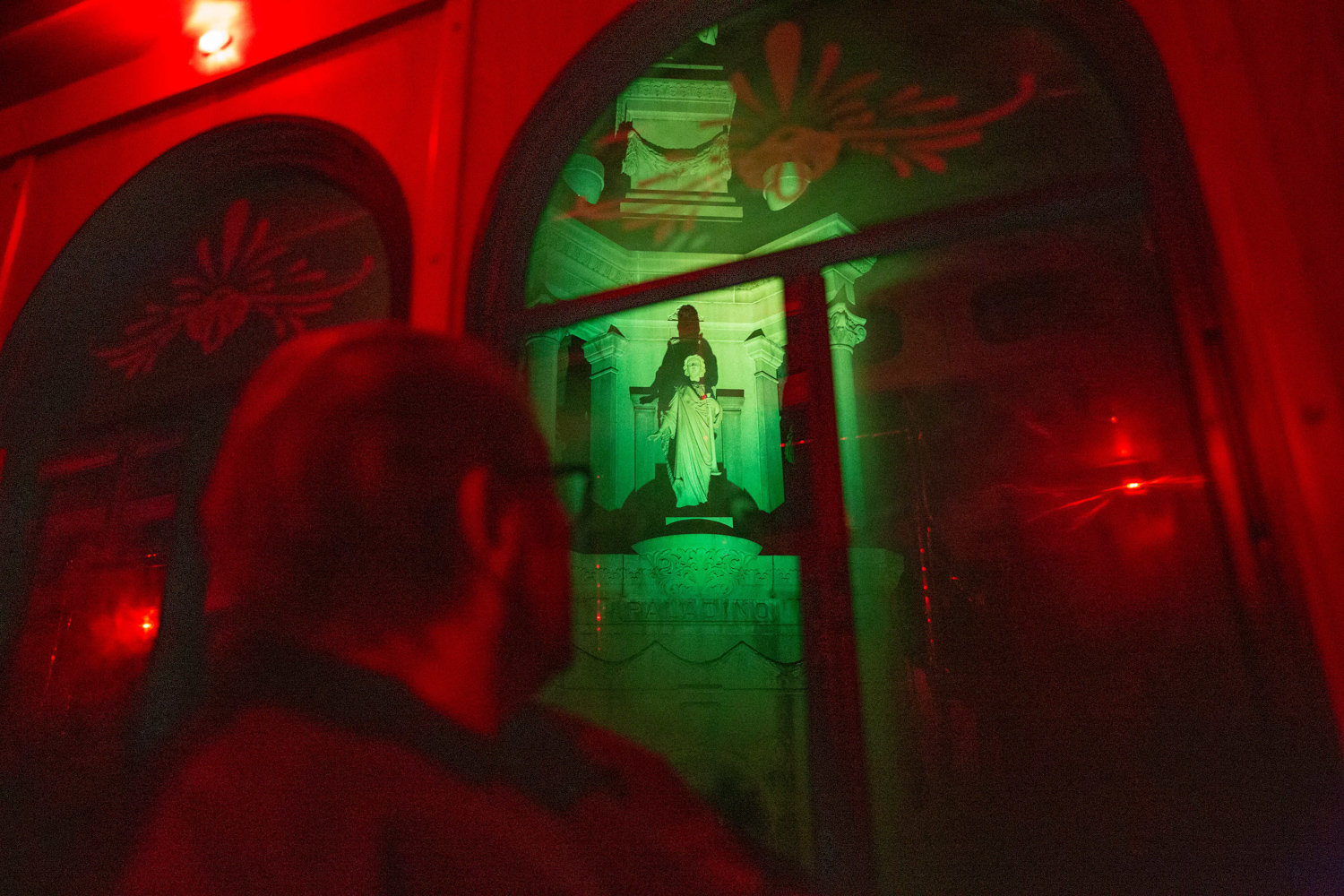 A trolley passes by the mausoleum for the Paladino family in the Woodlawn Cemetery.
EIAN KANTOR 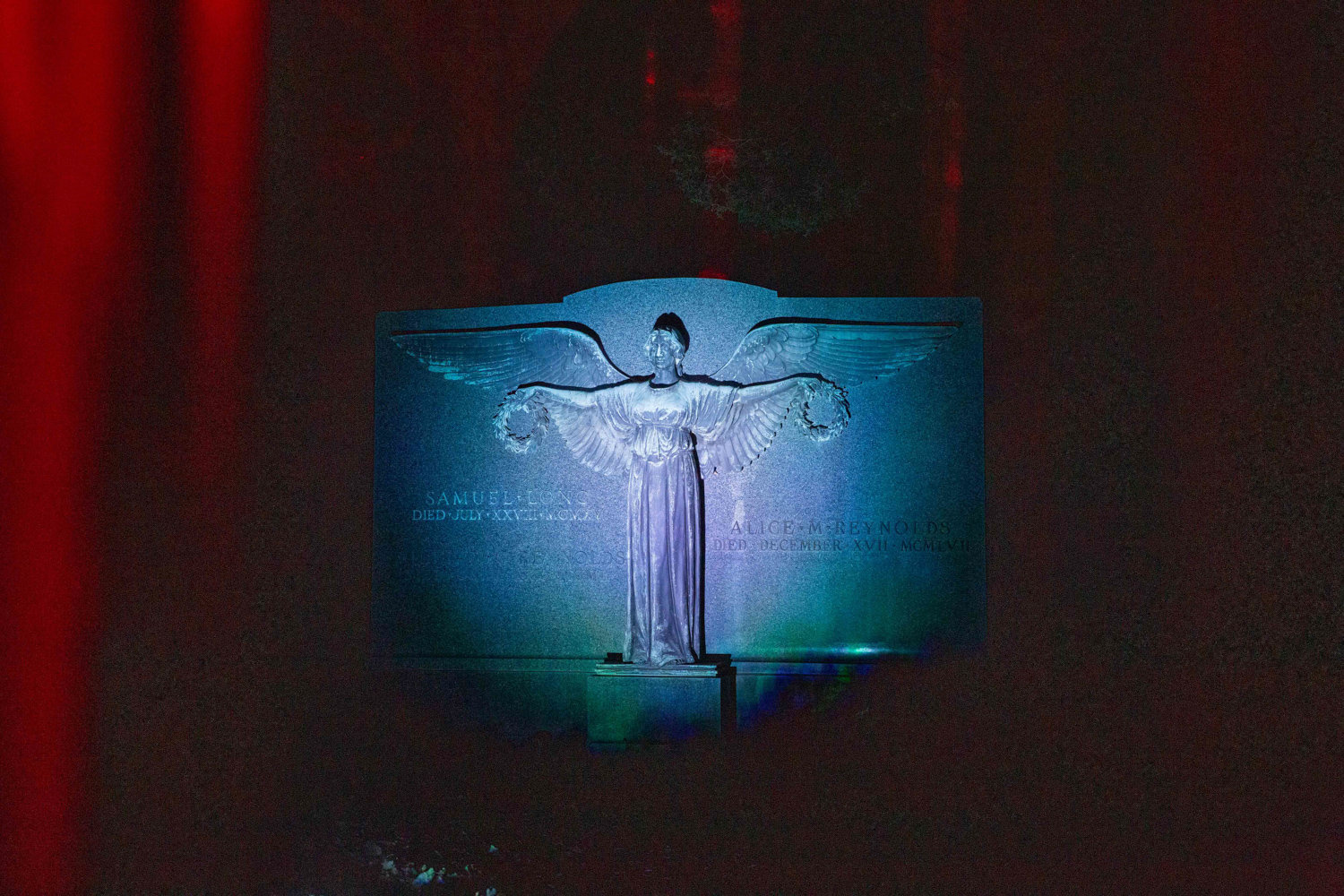 An angel holding two wreaths adorns the grave of Alice Long at Woodlawn Cemetery. The sculpture is a replica of an angel by Minnie Knowlton Young who once sued Long over it, but lost the case.
EIAN KANTOR 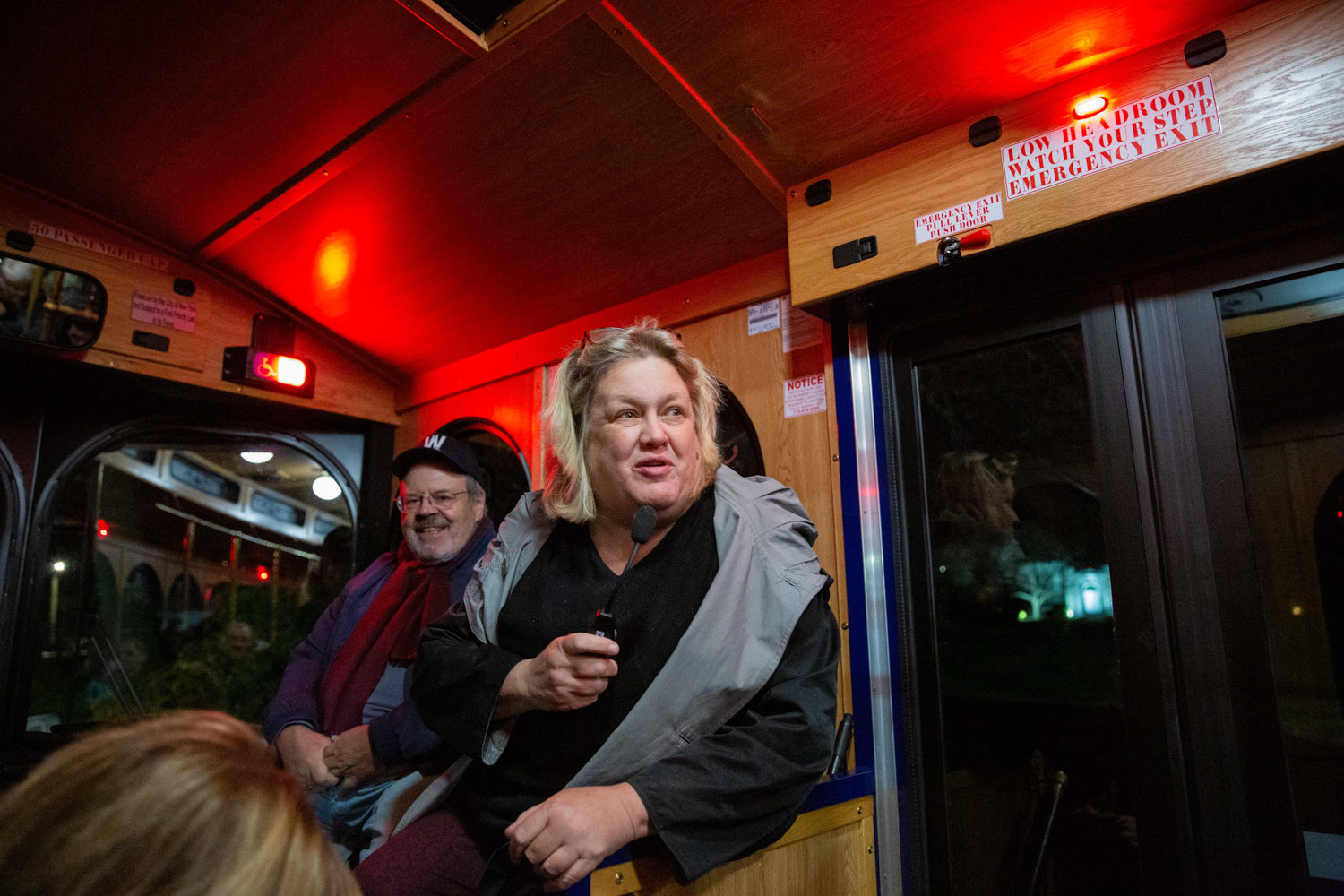 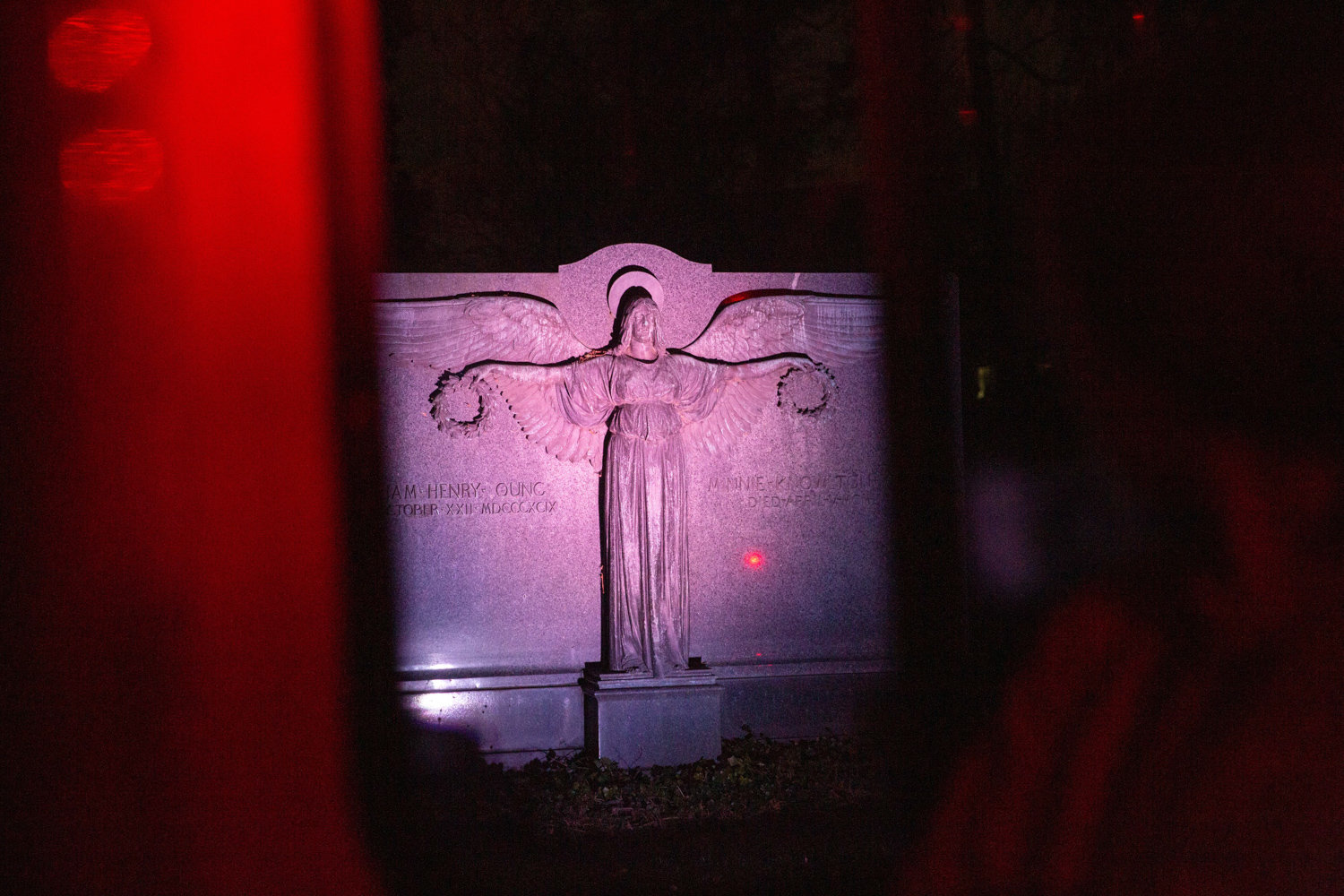 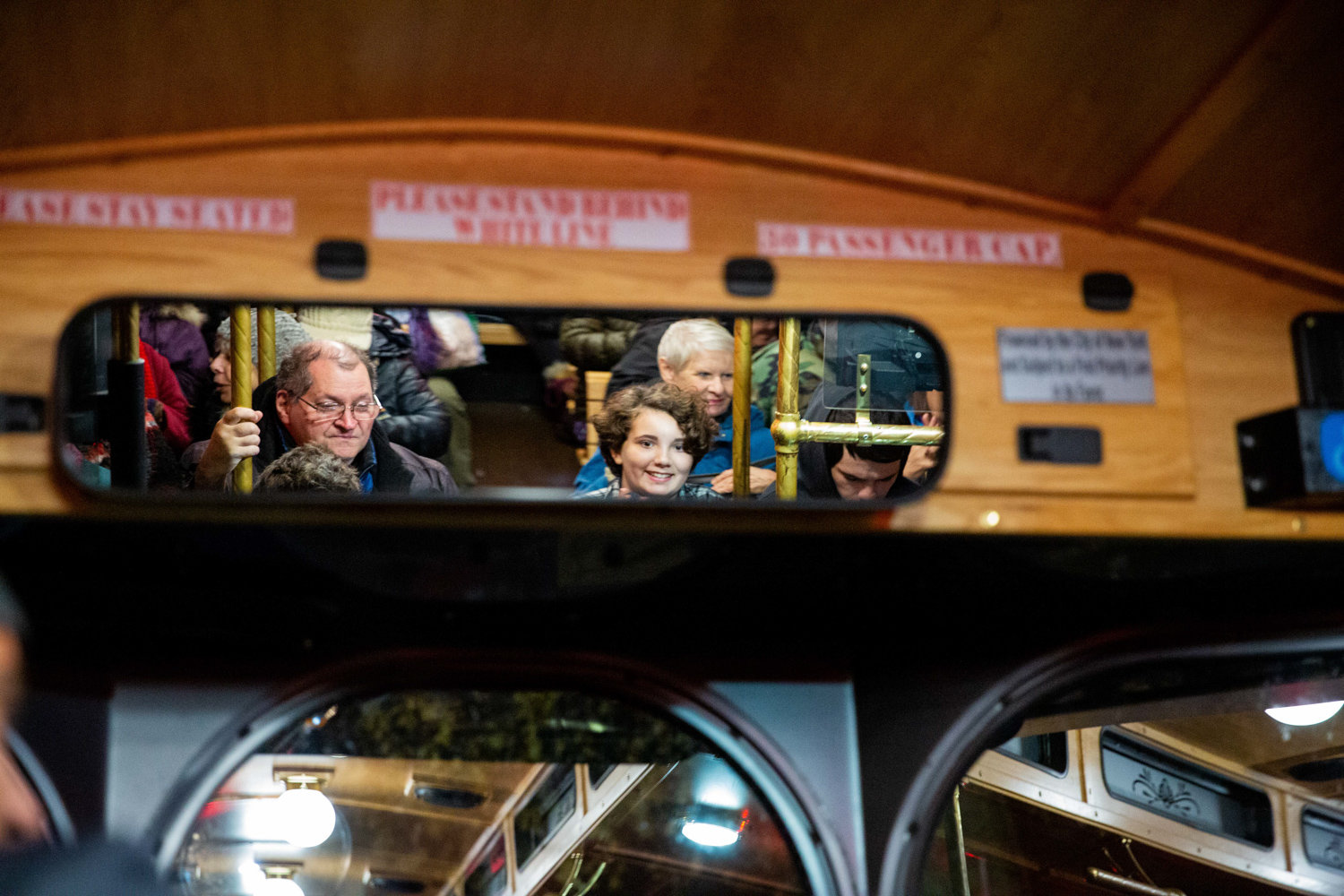 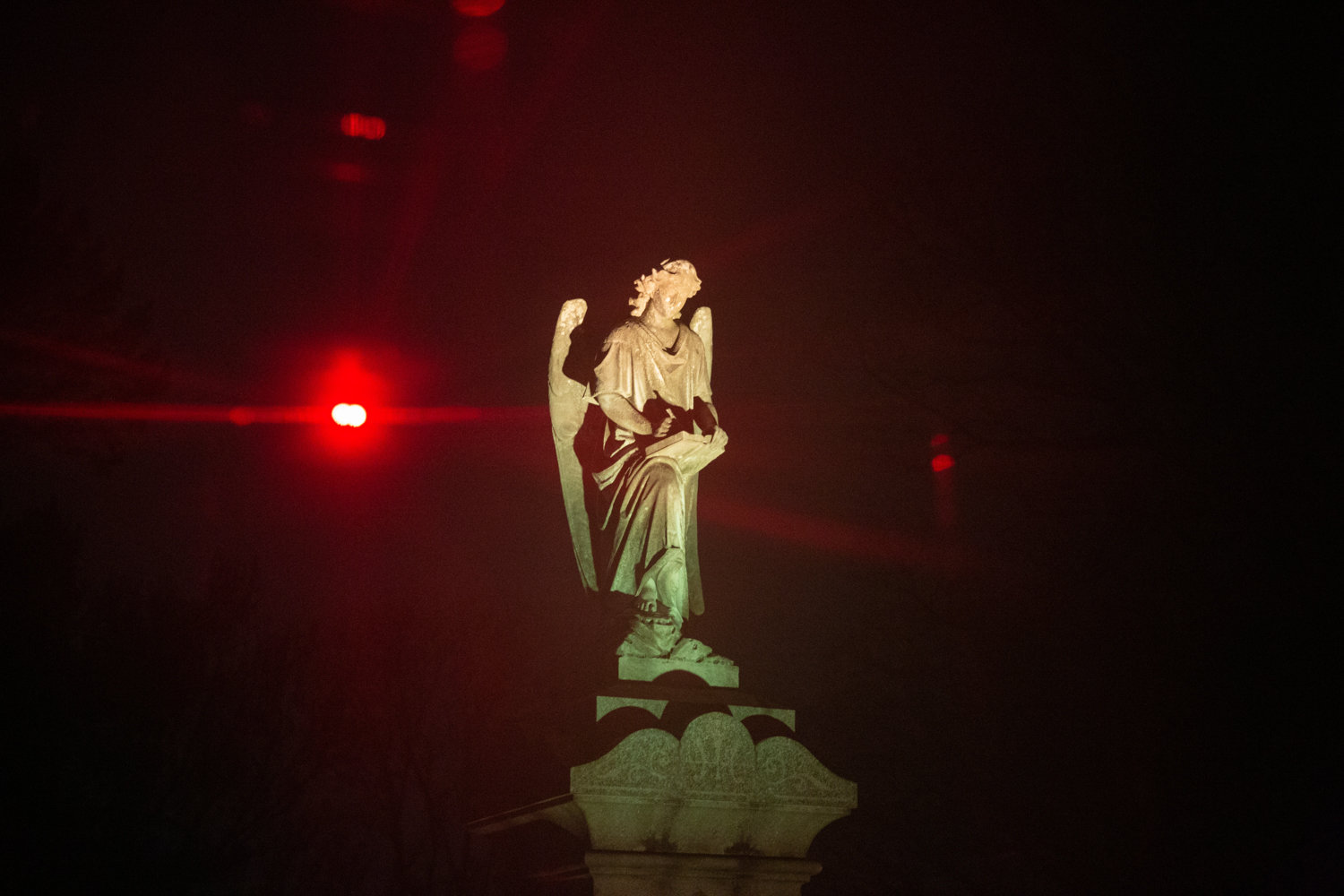 August Schneider’s grave in Woodlawn Cemetery features a sculpture of an angel holding a book of divine knowledge.
EIAN KANTOR 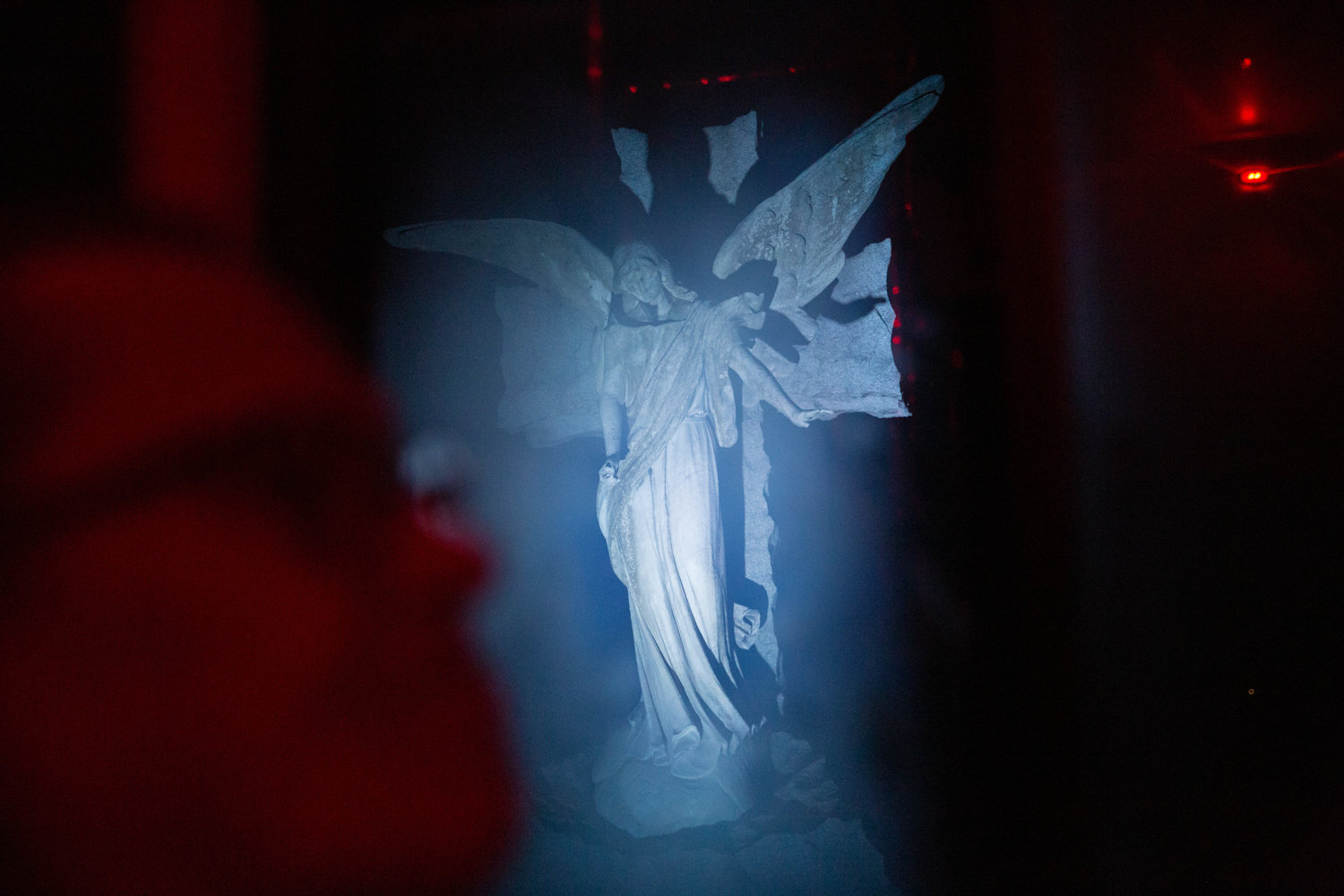 A trolley tour in Woodlawn Cemetery passes by the angel for the Bueher family plot.
EIAN KANTOR
Previous Next

Given everything that tends to happen in horror films, a cemetery is perhaps the last place someone would want to be after dark.

Yet, on a brisk late autumn night, a group of some 30 people piled into a trolley in the dark of night to traverse through Woodlawn Cemetery. The historic graveyard set up what it bills as its “Illuminated Angels Trolley Tour,” a historic, ground-level look into the myriad sculptures of celestial beings throughout the eternal resting place.

As the trolley wended its way, Woodlawn’s historical services director Susan Olsen expounded on the history behind the statues. Perhaps one of the more intriguing anecdotes was a case of heavenly litigation in the early 20th century.

Minnie Knowlton Young had copyrighted an angel sculpture that would adorn her grave, and was dismayed to find that Alice Long had — in her opinion — ripped off her design. Young sued Long, but ultimately lost the case. A crucial member of Long’s defense team, according to Woodlawn’s website, was a curator from the Metropolitan Museum of Art who effectively said that an original angel doesn’t exist. They’re all derivatives.

At the end of the tour, the dead rested, and the living departed.