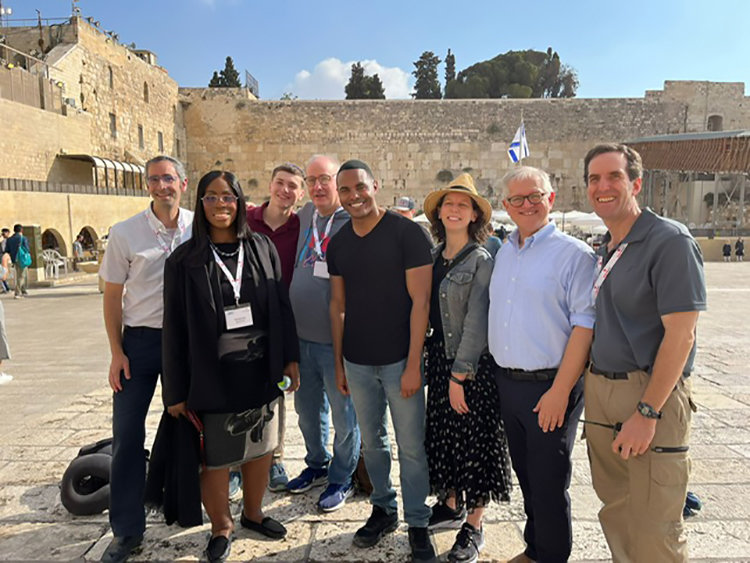 Rep. Ritchie Torres went to Israel with a group of local Riverdale rabbis to learn more about the country’s past and present. This was the congressman’s fourth trip to the country.
Courtesy of the Riverdale Y 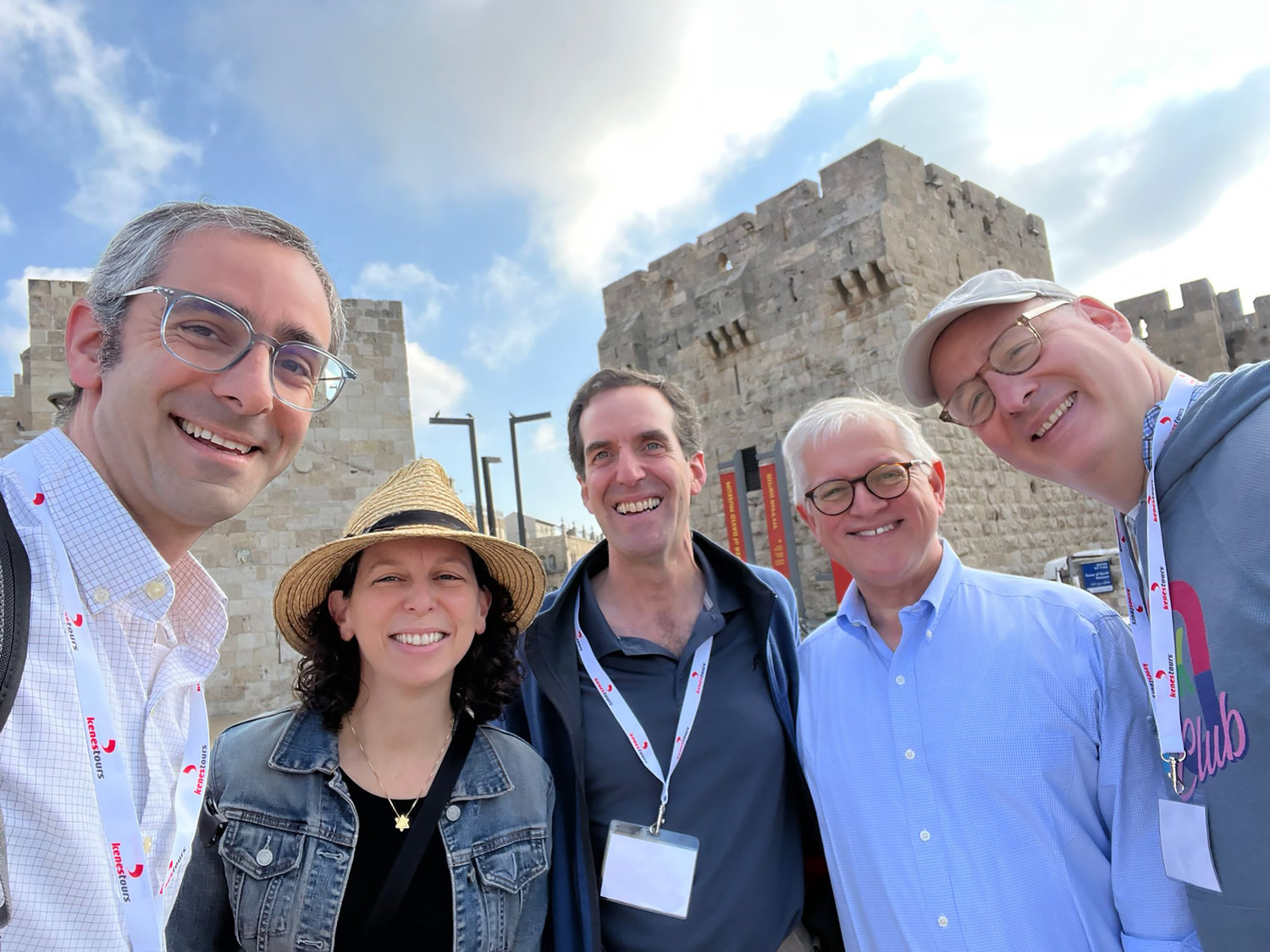 Rabbis who accompanied U.S. Rep. Ritchie Torres visit the Israeli holy land earlier this month. In addition to the rabbis, community members representing organizations such as the Riverdale YMCA were present.
Courtesy of the Riverdale Y
Previous Next
By Sachi McClendon

With antisemitism on the rise in the United States, U.S. Rep. Ritchie Torres returned from a trip to Israel with a new appreciation of the relationship with the Jewish community in the northwest Bronx.

Torres marked his fourth trip to Israel as part of an effort to further explore the many facets and faces of the country. This time, Torres joined several Riverdale rabbis and other Bronx dignitaries, including Bronx borough president Vanessa Gibson and Bronx District Attorney Darcel Clark. They left Halloween week and returned Nov. 4.

According to Torres’ deputy chief of staff Sophie Pollock, the Bronx delegation was expected to visit Tel Aviv, Jerusalem and other Israeli towns bordering Gaza as well as Ramallah in the West Bank.

“Our time spent in Israel offered me a space to better understand the Jewish experience both at home and in Israel,” Torres told The Riverdale Press. “Each time I visit Israel I leave with a deeper understanding of the regional geopolitical conflicts, but also of the diversity within Israel.

“As we continue to see a rise in antisemitic attacks in the United States, it is particularly valuable to ensure our nation’s leaders are educated in Jewish history and culture. I look forward to bringing my fresh perspective gained on this impactful visit to community building within my district.”

Torres has been a vocal supporter of Israel and will soon represent Riverdale, which is home to a large Jewish population.

Before leaving on the trip, Rabbi Barry Dov Katz of the Conservative Synagogue Adath Israel of Riverdale echoed Torres’ sentiment.

“The idea is to examine diversity and inclusion within Israeli communities and in the Israeli Palestinian context. And discuss bridge building and community partnerships while we’re there,” he said.

As part of the trip, the group visited Yad Vashem, the official memorial and museum dedicated to the victims of the Holocaust.

“I was overwhelmed with emotion visiting the Holocaust Museum, thinking of the horrors people faced as I stared at shoes collected by victims before they were killed at Auschwitz,” District Attorney Clark said.

“I learned more about the complexities of the region, and how followers of different world religions, including Christians, Jewish people and Muslims, are working through their trauma to resolve issues. We have similarities and struggles that we can learn from.”

Clark added that she is, “committed to protecting anyone who makes the Bronx home, fighting against antisemitism, and strengthening relationships with our community partners.”

Clark’s office has been pursuing a high-profile case of antisemitic vandalism in the area. In April 2021, Jordan Burnette allegedly broke windows and wreaked havoc at four different synagogues in the Bronx over a three-day period.

“Those shameful incidents brought fear and terror to worshippers,” Clark said at the time of his arrest. “To our Bronx Jewish community, we support you and we are also horrified about those attacks. We live in a vibrant, diverse community, and we are united against these appalling acts.”

And just this past weekend New York Police Department detectives arrested men who were planning violent crimes against synagogues in the city.

The trip was organized, and paid for by the Jewish Community Relations Council of New York, which according to its website, builds relationships with other cultural organizations to advance the values of the Jewish community.

Several other Jewish community leaders attended the trip, including the principal of SAR Academy, Rabbi Steven Exler of HIR-The Bayit and Jessica Haller who is the executive director of The New Majority NYC.

“This study tour was an important step in bridging communities within our own borough to get a clearer picture of each other and our respective needs. Rabbi Katz noted the irony of having to travel all the way to Israel to get to know our fellow Bronx leaders,” said Matt Gerber, The Riverdale Y chief operating office. “But in so doing, we have opened the door for greater understanding and partnership.”

One of the core values at the Riverdale Y, Gerber added, is building a stronger and more vibrant community in the northwest Bronx. “One example of our work along these lines is that we have recently received support from Council member Eric Dinowitz and the JCRC of NY to combat hate, antisemitism and racism through continuing to strengthen intergroup and interfaith relationships in our community,” he said.

“As an elected official, I traveled to Israel to get a better understanding of the issues impacting our Jewish community in the Bronx and abroad, and now as borough president I am hoping to do the same,” Gibson said in a statement before the trip. “With the rise in antisemitism we are seeing across the country, I want to ensure our borough is involved in meaningful discussions with our elected officials, community advocates and faith leaders to support our Jewish residents and families.”