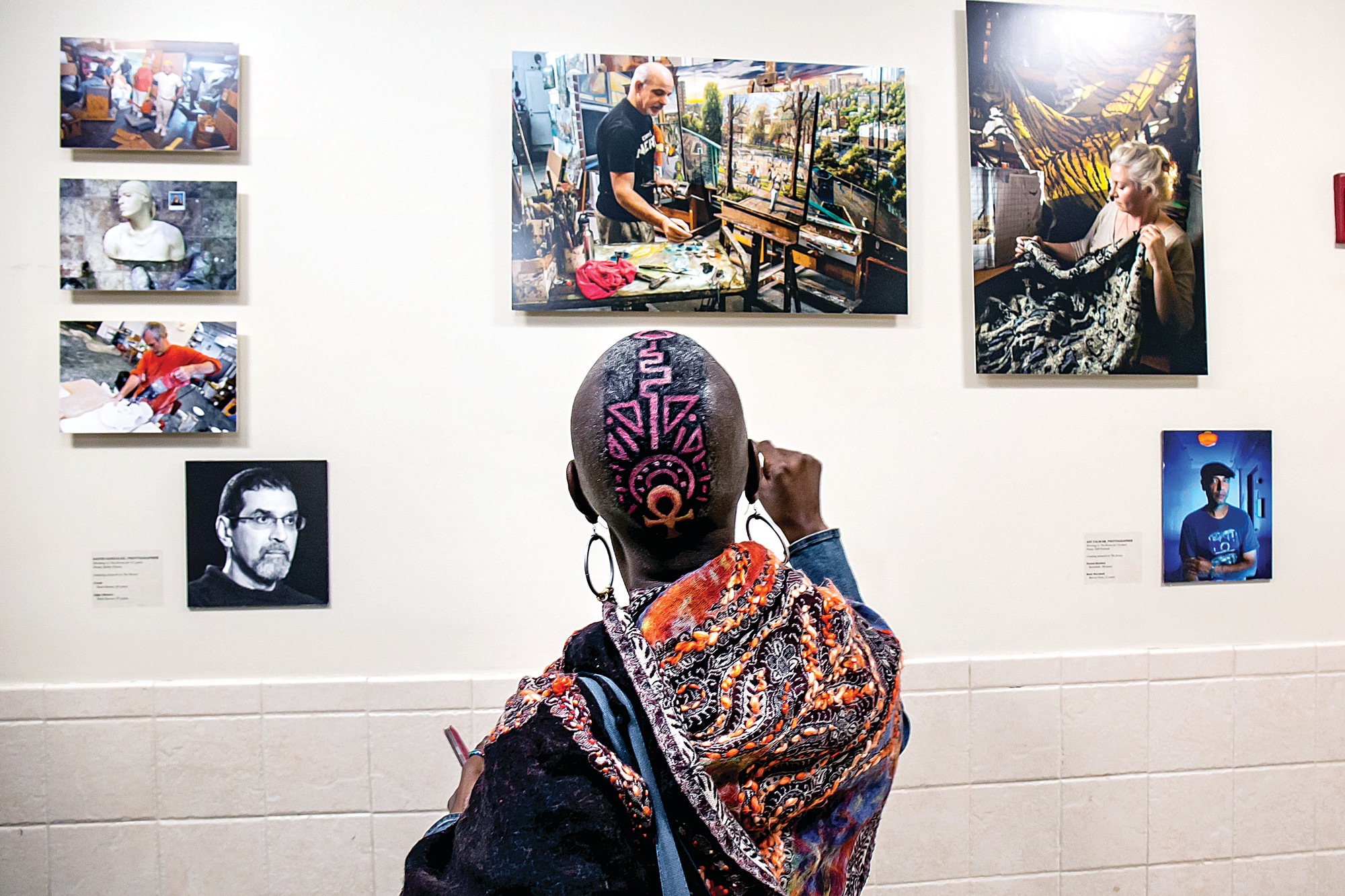 Patricia Arthur at a showing of the Bronx Artist Documentary Project at Montefiore Medical Center’s Moses Campus on Oct. 7.
Photo by Adi Talwar 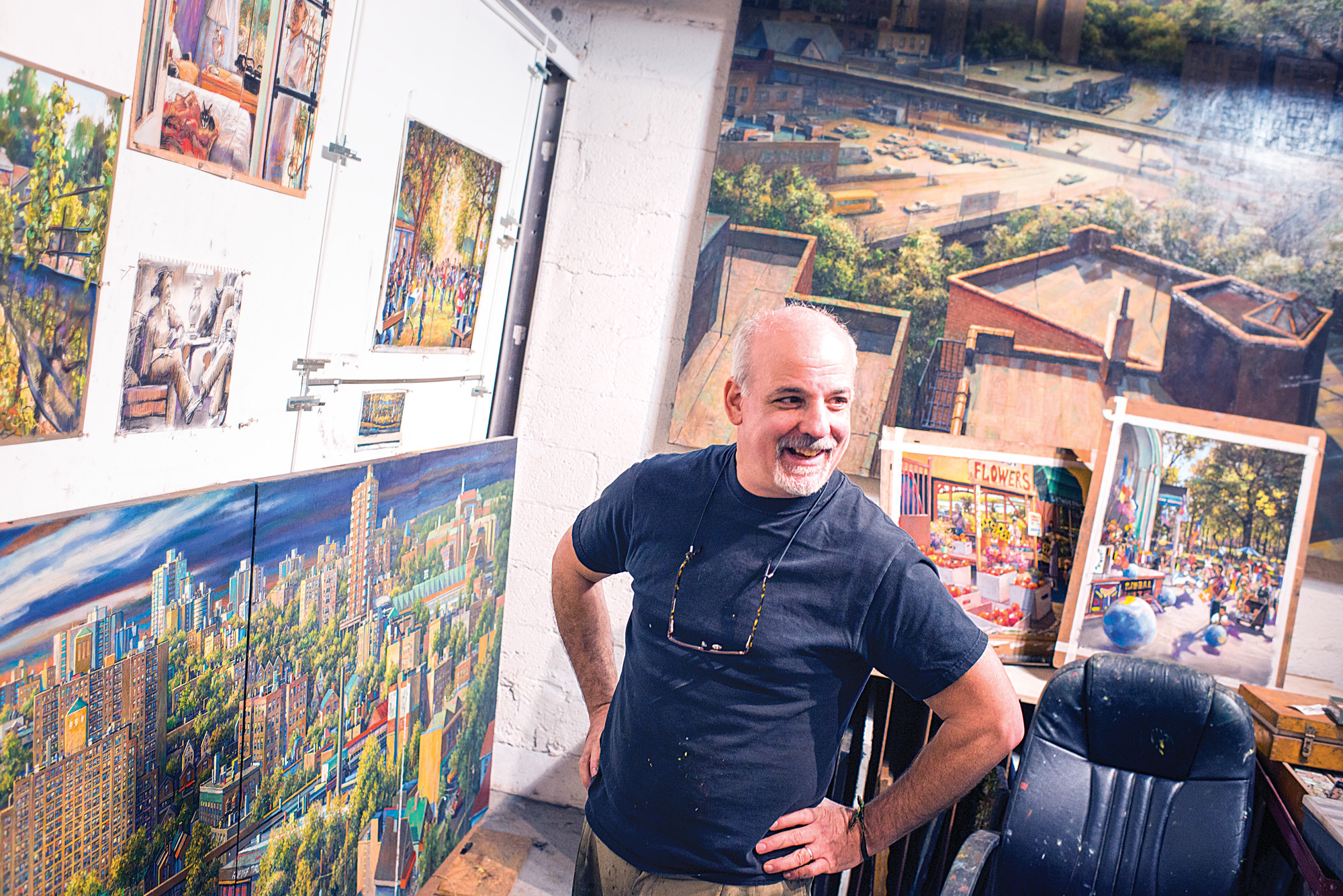 Daniel Hauben, director of the Bronx Artist Documentary Project, at his Riverdale studio on Dec. 31.
Photo by Adrian Fussell 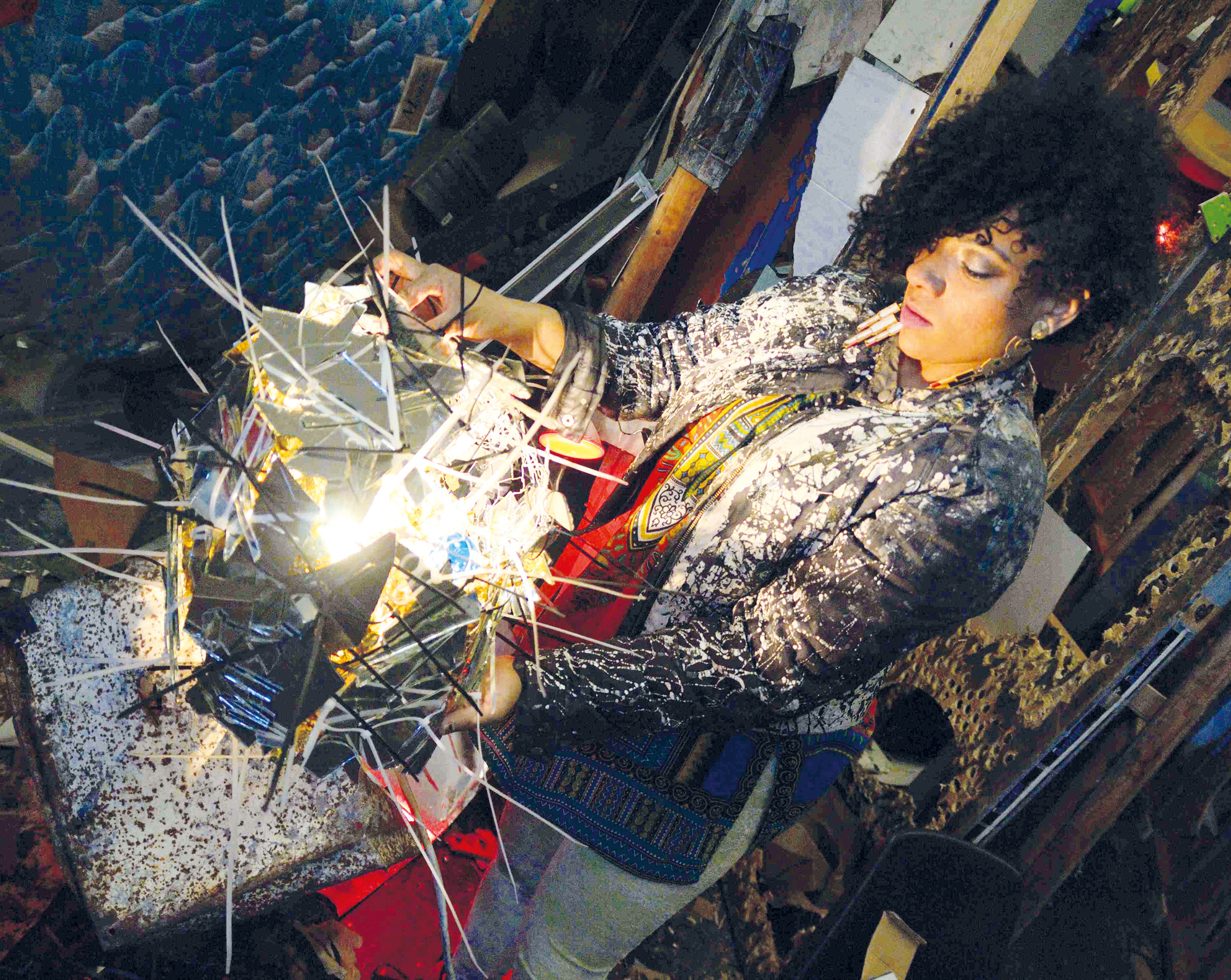 Abigail DeVille in April 2014 in one of the photos featured in the Bronx Artist Documentary Project.
Photo by Ed Alvarez 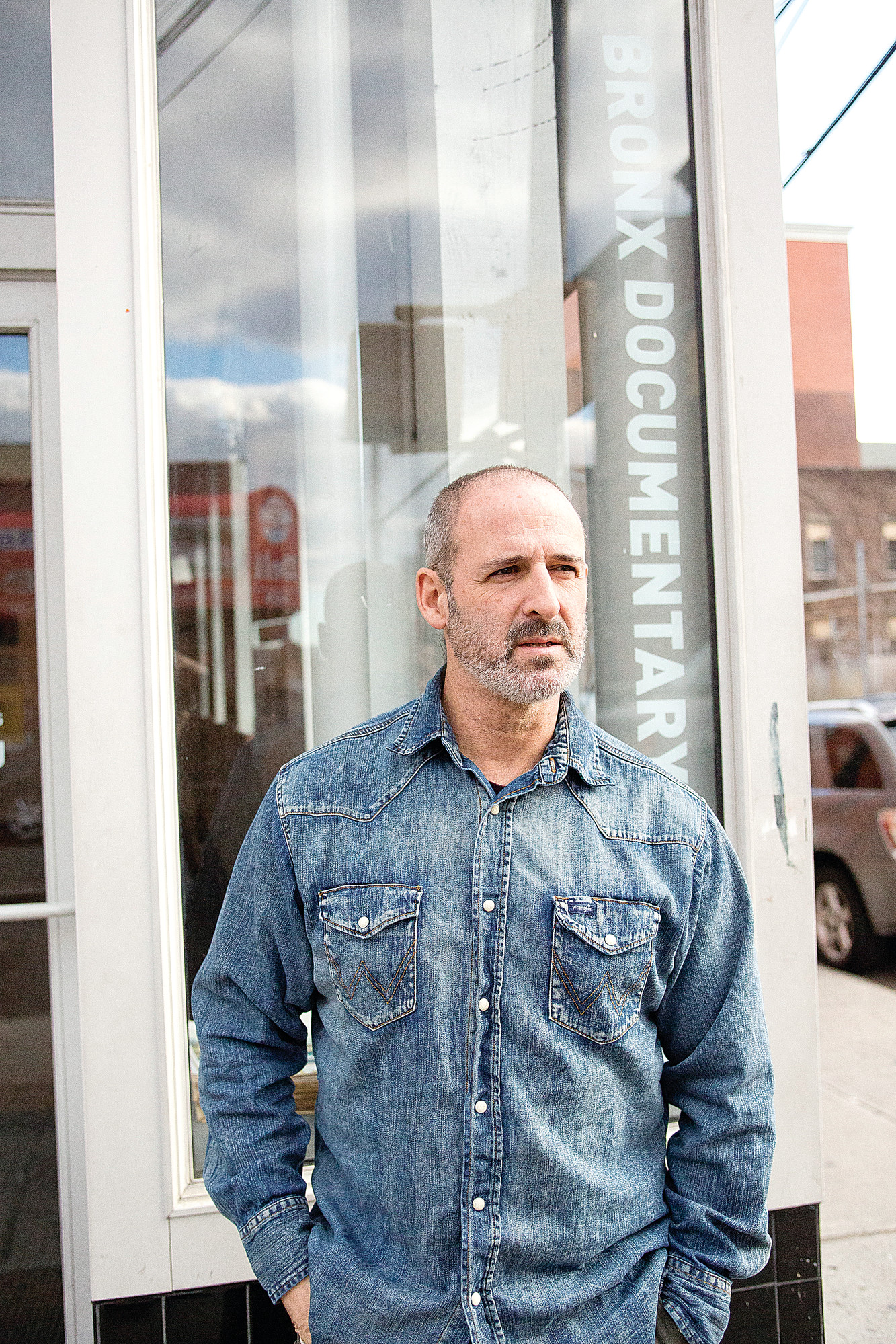 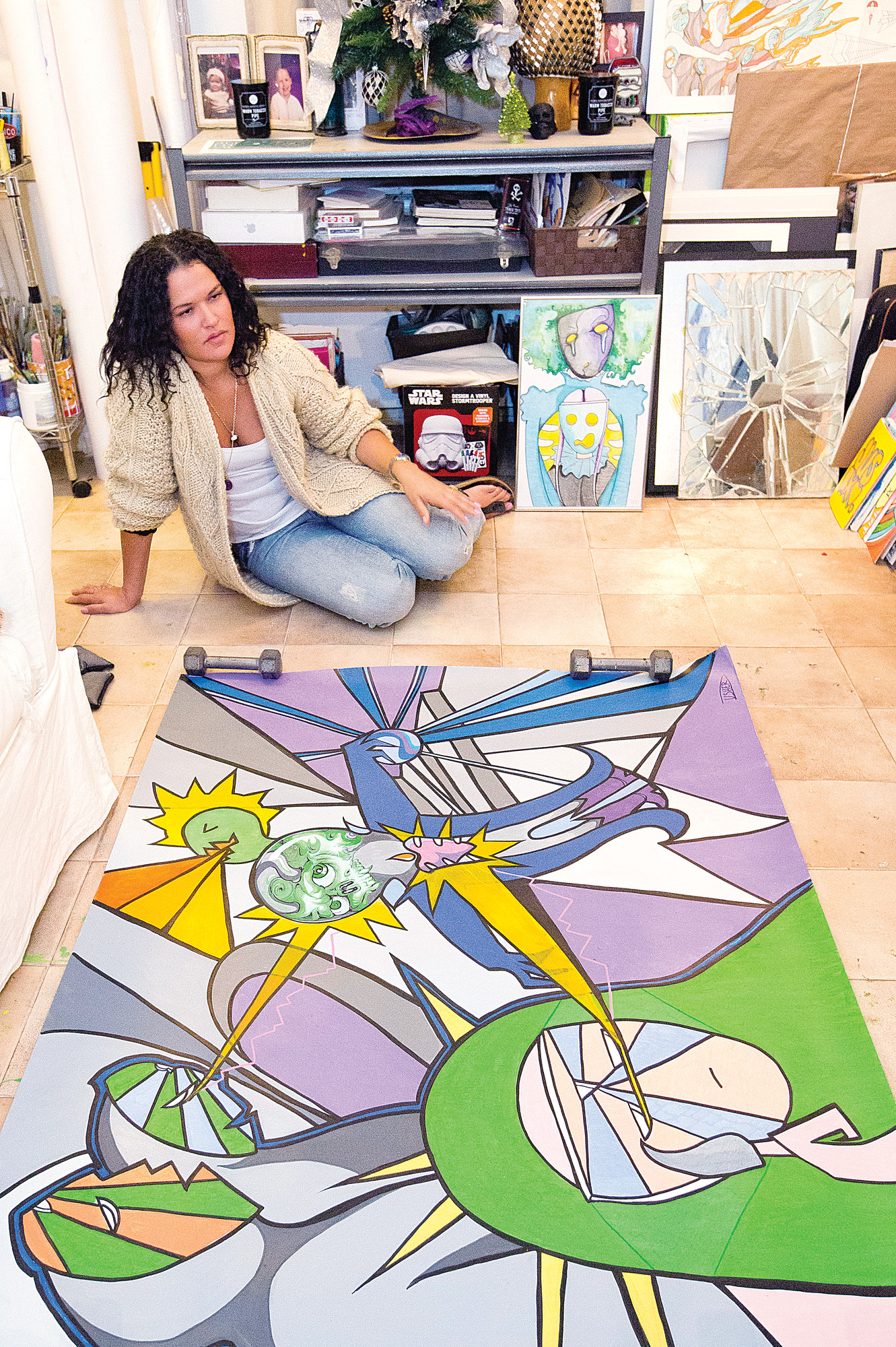 Dennesa Usher in her studio on Sunday.
Photo by Naomi Vaughan
Previous Next
By Shant Shahrigian

From a mixed-media artist who utilizes random detritus to painters who take more conventional approaches, a wide range of visual artists have gained extra exposure thanks to the Bronx Artist Documentary Project, or BxADP. Organizers say since the 2014 launch of the undertaking, in which 30 photographers shot images of 82 artists for a travelling exhibition and book, participants on both sides of the lens have coalesced into a stronger community, too.

“This project is where you saw a lot of photographers really kind of come together on their personal vision, collaborate with each other, learn from each other,” said Michael Kamber, the founder of the Bronx Documentary Center, who took the lead on organizing photography for BxADP.

The South Bronx resident said while the project included a handful of professional photographers, most of the individuals who journeyed throughout the borough to capture visual artists in their native element were relatively new to photography. Over months of closely working with Mr. Kamber and other mentors, they contributed to an exhibition that debuted at the Andrew Freedman Home in fall 2014 as well as a hefty hardcover book that came out last year. The show is scheduled to appear at the ArtViews gallery on Montefiore Medical Center’s Wakefield campus later this month.

Mr. Kamber, 52, said since photographers from throughout the borough joined forces for BxADP, they have gone on to collaborate on other projects. Most members of a recently formed group called the Bronx Photo League had contributed to BxADP. The league has exhibited a series of striking black-and-white photos of people working along the Jerome Avenue Corridor, which the mayor has targeted for an influx of affordable housing units, and plans to continue exploring issues of social justice in the borough.

Ed Alvarez, who joined the Bronx Photo League after shooting mixed-media artist Abigail DeVille for BxADP, credited the documentary project for giving a major boost to his photography career.