School employees face furloughs and pay cuts amidst a deficit upward of $10 million, caused primarily by loss of room and board revenue 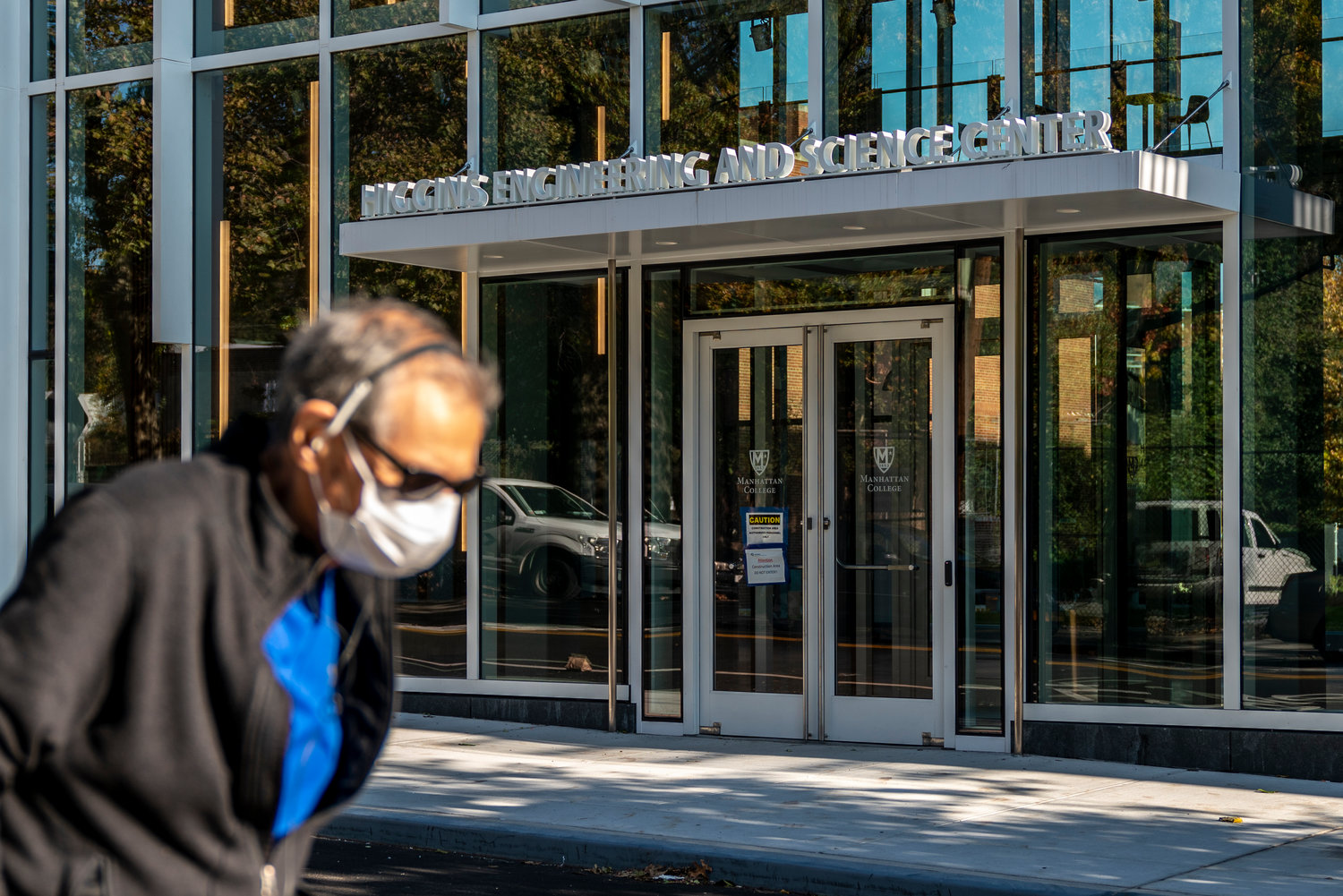 Manhattan College is one of several higher education institutions nationwide that furloughed employees in the wake of budget shortfalls — courtesy of the coronavirus pandemic. At Manhattan, more than two dozen were sent home beginning Oct. 30.
HIRAM ALEJANDRO DURÁN 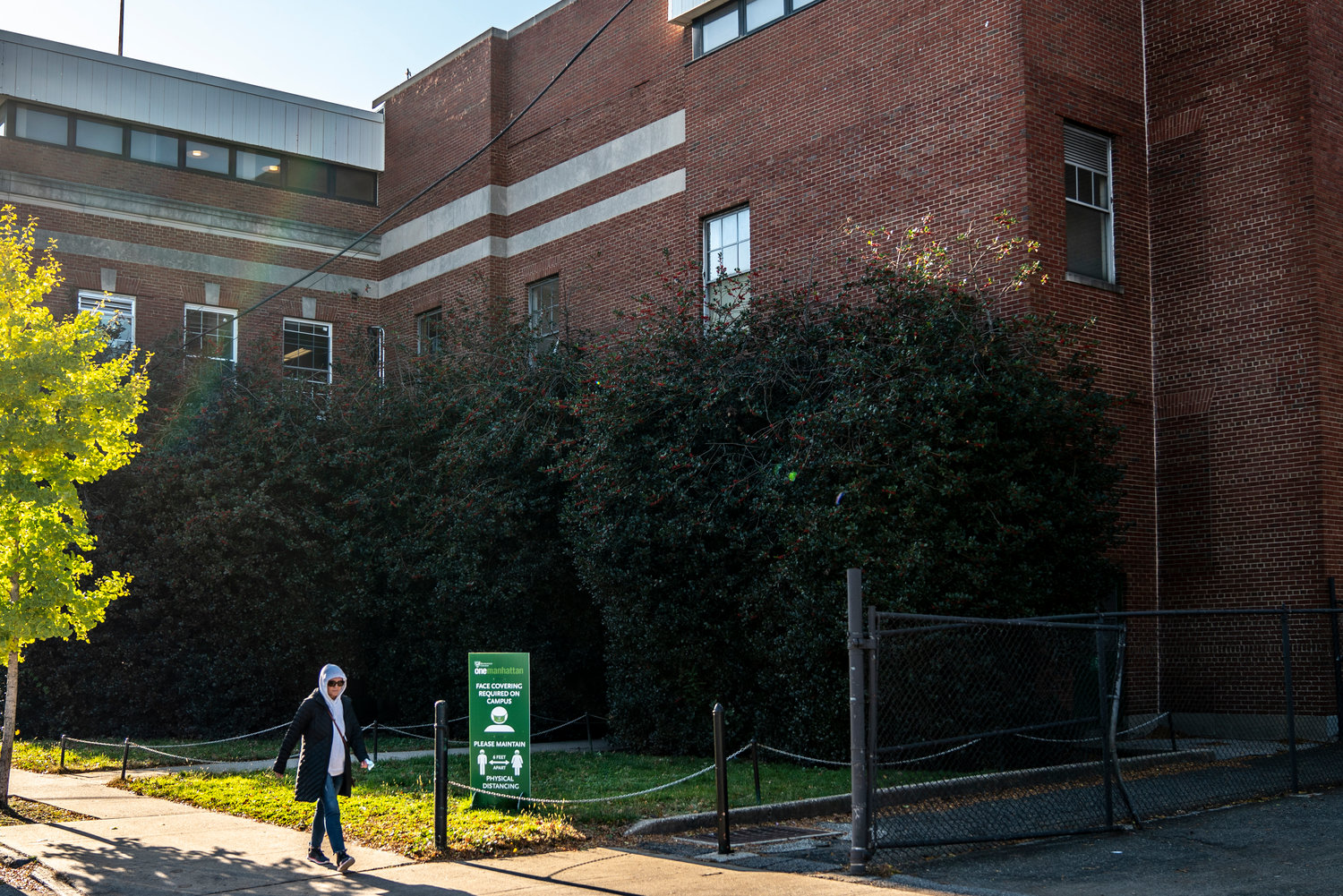 Manhattan College is currently $10 million short of meeting its fiscal budget this year. As a result, more than two-dozen employees were furloughed by the college, while those remaining accepted temporary pay cuts.
HIRAM ALEJANDRO DURÁN 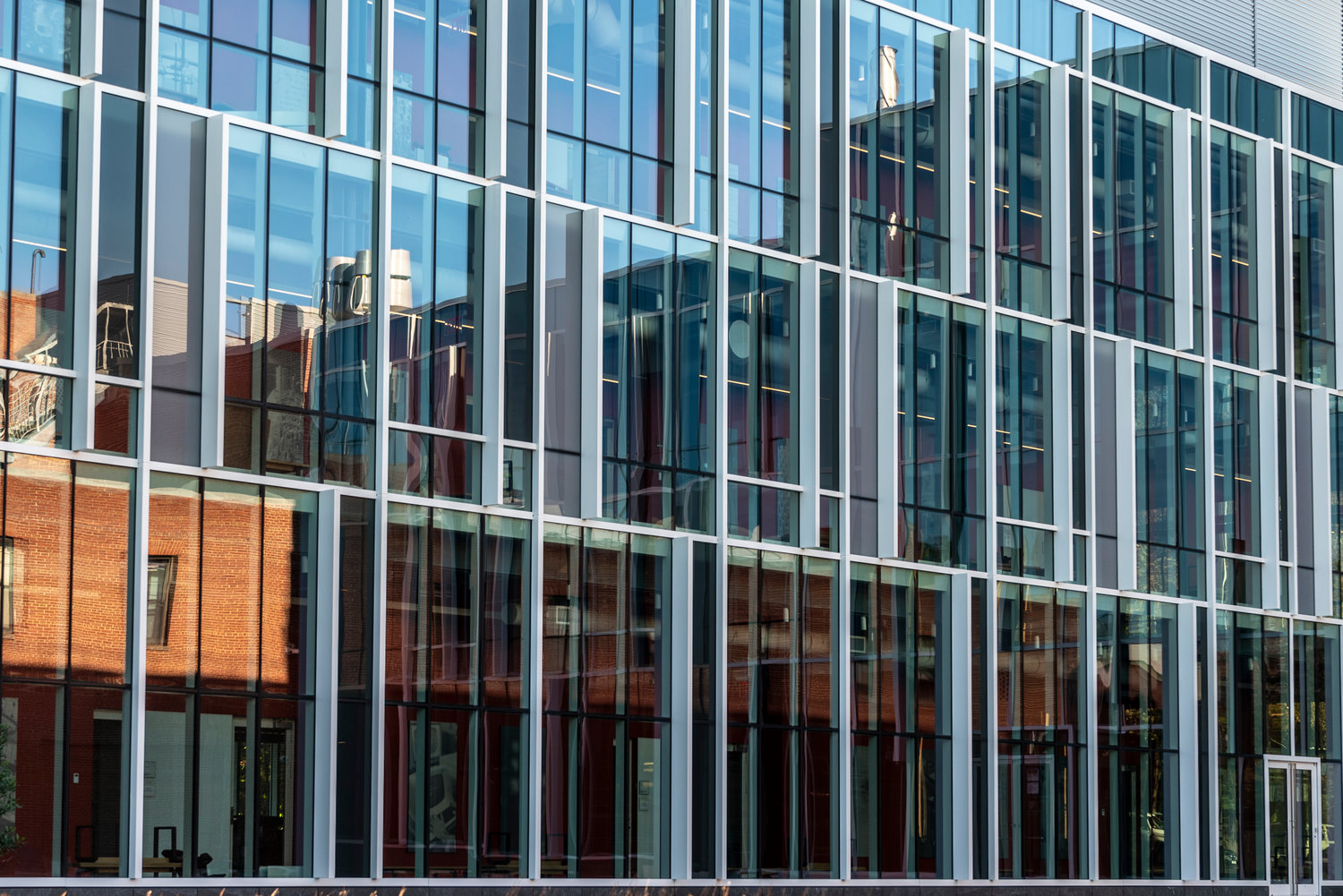 Leo Hall, home of Manhattan College’s engineering school, also is home to the college’s communication department. One of the department’s employees — media and technology coordinator Bob Coleman — was one of 25 people furloughed by the school after its budget funding fell millions of dollars short.
HIRAM ALEJANDRO DURÁN 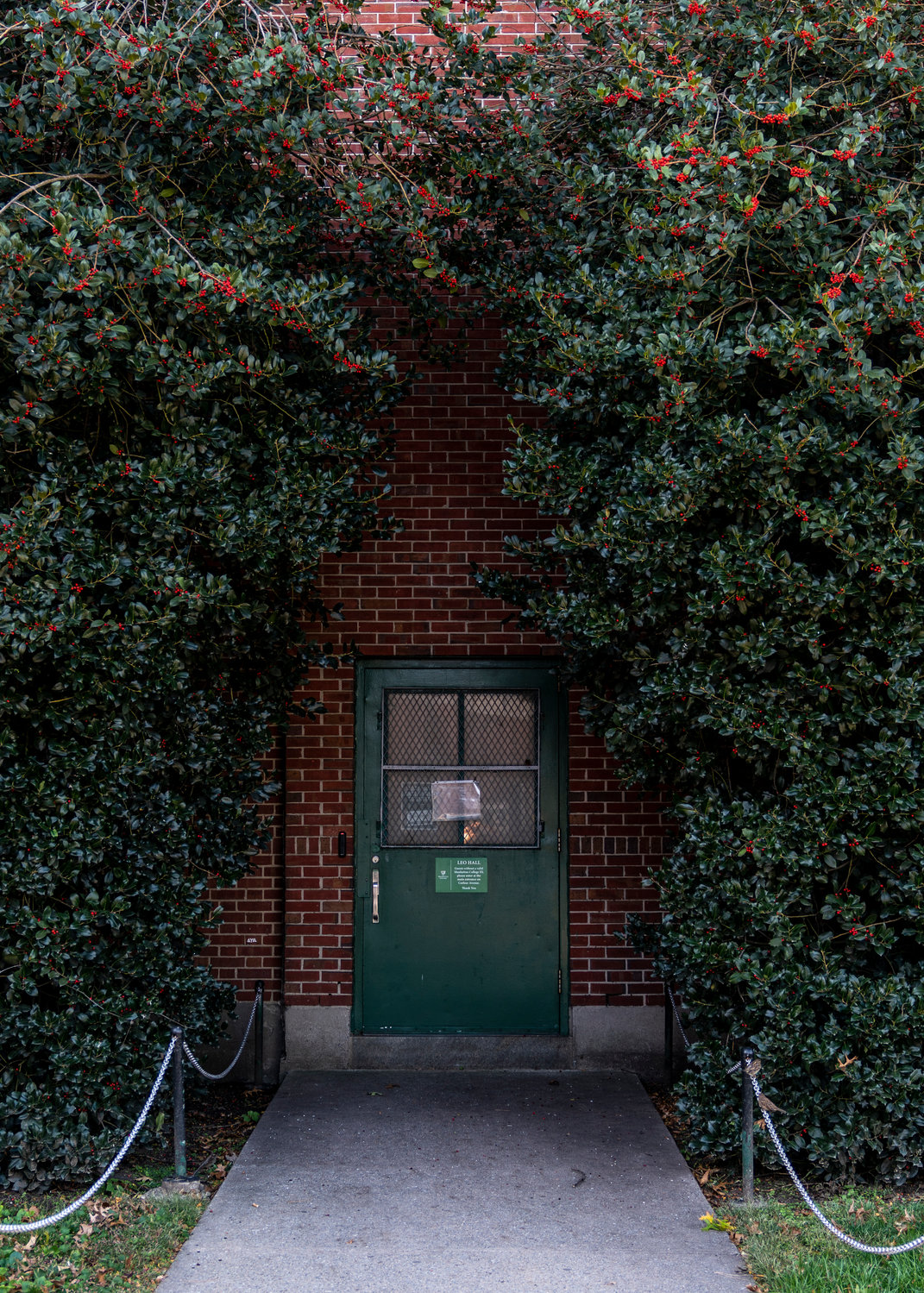 Leo Hall is home to Manhattan College’s communication department — its second-largest academic program. Bob Coleman, who coordinates the program’s media and technology arms, was one of 25 employees furloughed by the college after the coronavirus pandemic caused the school to fall about $10 million short of its fiscal year budget.
HIRAM ALEJANDRO DURÁN 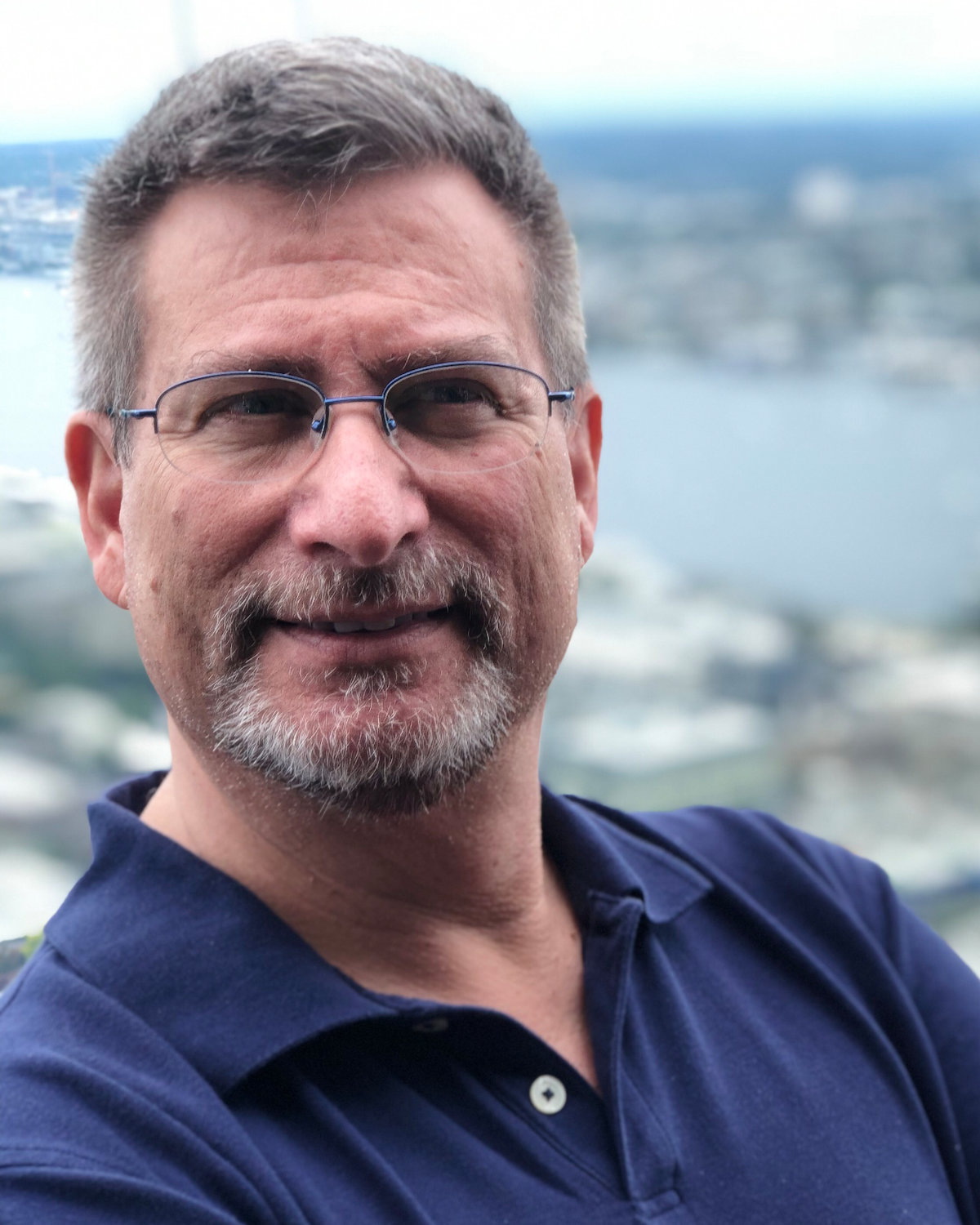 Bob Coleman was one of 25 employees Manhattan College furloughed at the end of October. He worked in the college's communication department, which is the school's second-largest academic program
Courtesy of Bob Coleman 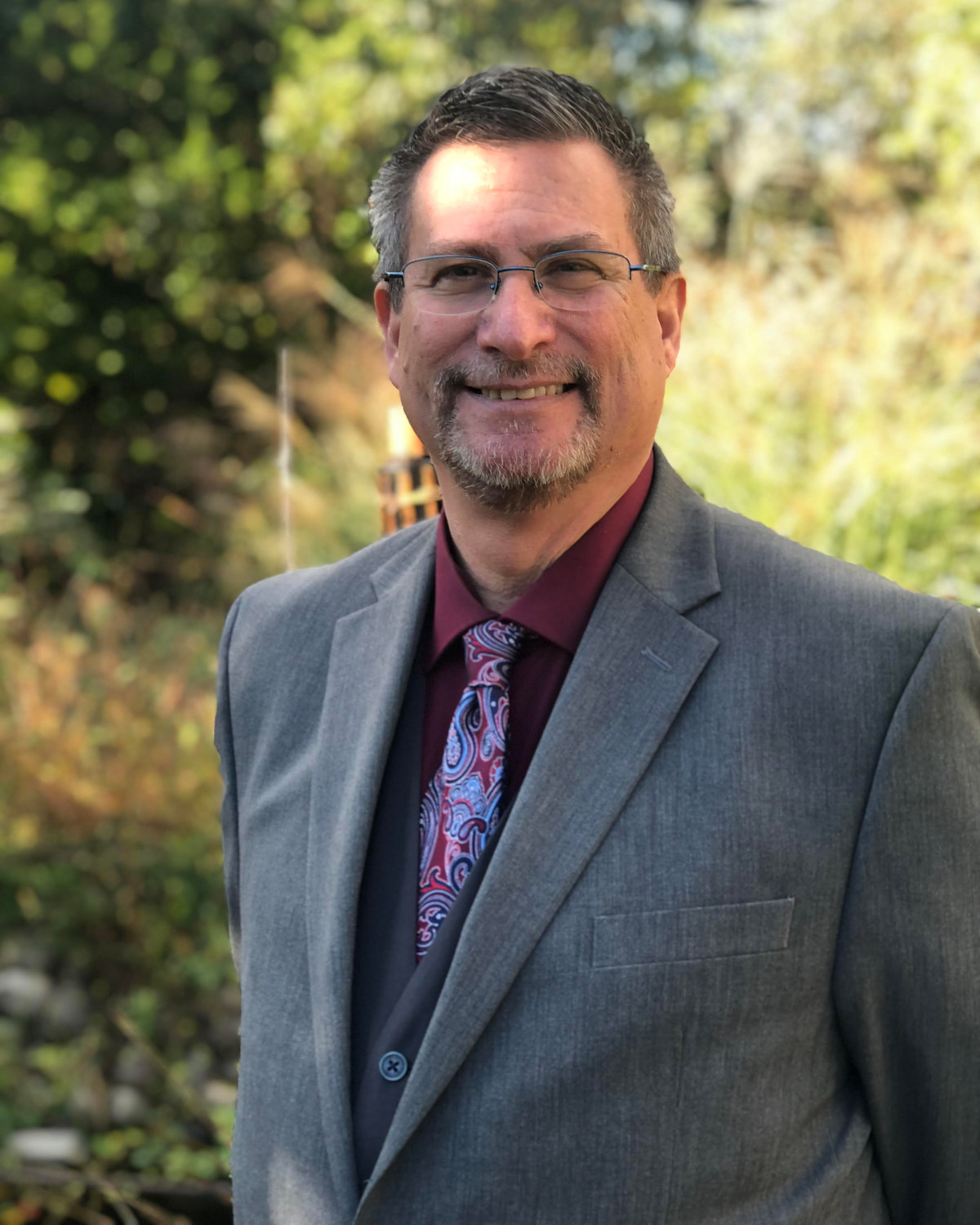 Media and technology coordinator Bob Coleman was one of 25 employees furloughed by Manhattan College at the end of October.
Courtesy of Bob Coleman
Previous Next
By ROSE BRENNAN

Essentially the department’s jack-of-all-trades, Coleman is known to troubleshoot technical issues, rent out equipment to media production students, and even teach a class from time to time.

But the communication department is now without his help, at least for the foreseeable future. Coleman was one of more than two-dozen employees furloughed by Manhattan College. It comes as the private Bronx school faces a budget shortfall of as much as $10 million. And it’s all courtesy of the coronavirus pandemic.

According to college industry news website Inside Higher Ed, furloughs are nothing new to post-secondary schools this semester. Big-name institutions like Clemson, George Washington, Tufts and the University of Massachusetts at Amherst all had to temporarily send employees home and implement other cost-cutting measures like pay reductions just to keep their heads above the water.

Manhattan College was no exception. The pandemic dealt a severe blow to the college’s budget, more than 80 percent of those losses attributed to the near non-existent room and board. Students have the option to take all classes remotely this semester, and many took the college up on the offer. That not only saves them from exposure to the coronavirus, but it also saves them nearly $17,000.

All of that has forced Manhattan College leadership to find ways to close the budget gap. The initial cuts were made to line items like operating, utilities and contracting costs, spokesman Peter McHugh said. But it just wasn’t enough.

Cutting employees — even temporarily — is difficult, McHugh said. But ultimately it might spare more drastic cuts down the road.

“While we acknowledge that the course of the pandemic may bring us additional challenges,” McHugh said, “we remain confident that these measures will help us considerably in our efforts to weather the storm and emerge from it in a strong position.”

But even employees spared by furloughs weren’t safe from losing money as the college planned payroll cuts by as much as 7.5 percent.

Coleman’s cut is 100 percent, which took effect Oct. 30. The announcement came as a gut punch.

“I’ve always considered myself a dedicated, hard-working, committed employee of the college,” Coleman said. “I always went above and beyond. I don’t think ‘not my job’ is even in my vocabulary.”

“He’s — in a sense — indispensable to the day-to-day work of the department, in terms of his capacity of helping us in technological terms,” the professor said. “That’s the immediate effect that’s going to have on … the (department’s) ability to provide academic programs to our students and the student experience.”

Furloughs were determined for positions “where the level of service has been greatly reduced due to the pandemic,” McHugh said. But Coleman thinks his daily work duties have actually increased during the pandemic. Because he handles the bulk of the communication department’s digital needs, his skills were vital during the shift to remote — and eventually hybrid — learning.

Coleman handles all of the communication department’s licensing agreements with software programs like the Adobe Creative Cloud, whose programs students and faculty routinely use for classes.

And after his years of service, he personally found his furlough letter to be cold. In fact, it was included as an attachment to an email cryptically titled “Notification.”

Coleman may be Jewish, but respects Manhattan College’s Lasallian values emphasizing concern for marginalized groups, inclusivity and respect for all people. But he says those values were noticeably absent during the furlough process.

“It’s so un-Lasallian, the way they’re going about all this,” Coleman said. “They’re not being compassionate. They could have, in my opinion, handled this so much better. And they just did a terrible, terrible job, not really caring about people’s lives, only looking at bottom lines and dollars.”

Along with losing his paycheck, Coleman will also see his college-provided life, medical and dental insurance coverage terminate by year’s end. And while that consequence might’ve been devastating normally, it’s especially so during a pandemic.

“It’s upsetting,” Coleman said. “My view on the college has always been so positive. And I always wanted to work hard because I love what I do.”

The communication department professor says furloughing Coleman and others is simply out of touch with the needs of the college as a whole.

“There aren’t enough voices in the decision-making space,” the professor said. “All of this is a larger, bigger issue that is happening. And frankly, the way this is done, the kindest way I can put it is that it’s extremely incompetent.

“And in its worst form, I would say it’s malicious.”