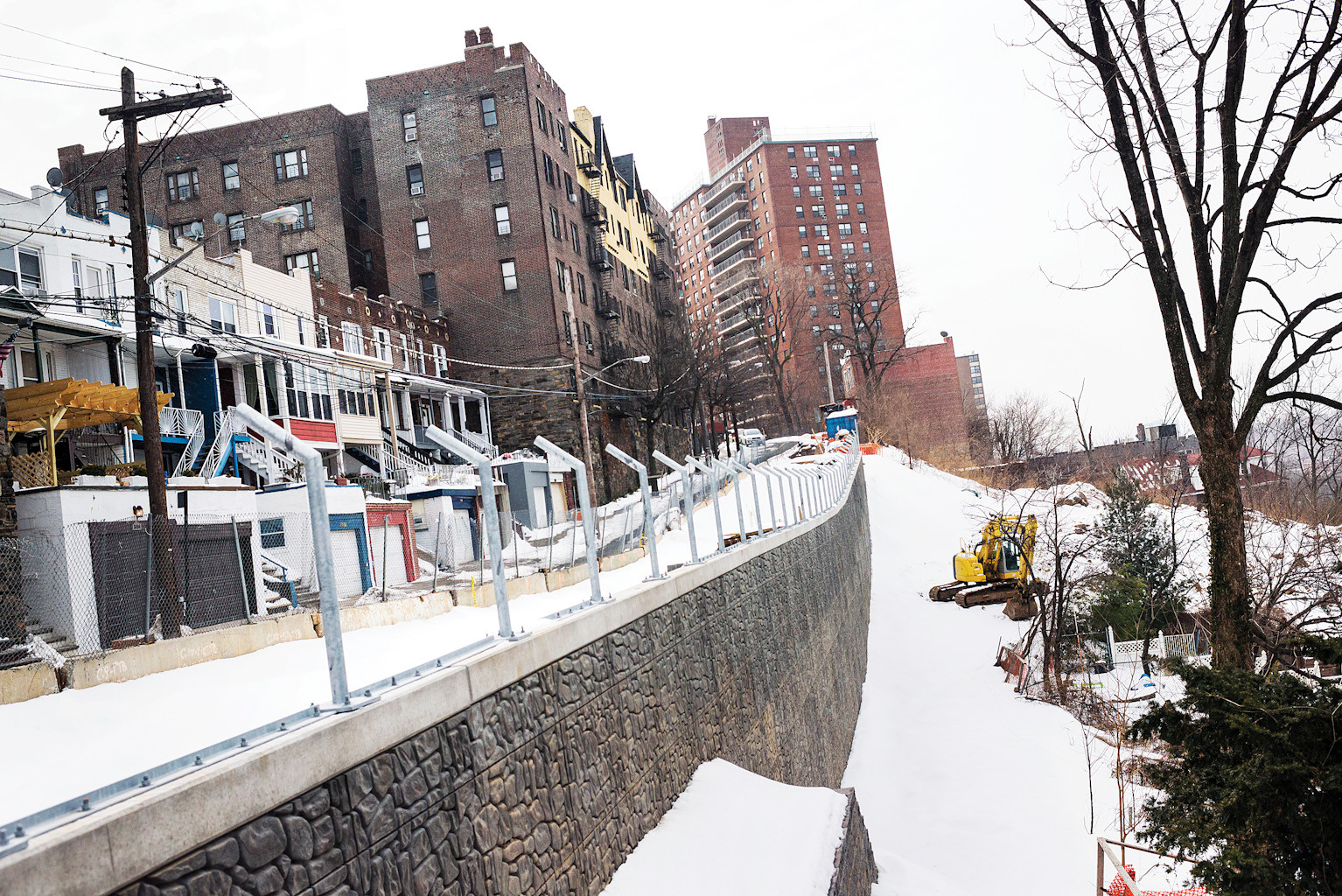 A retaining wall under construction on Cannon Place in Kingsbridge Heights on Feb. 27.
Adrian Fussell / The Riverdale Press
By Nic Cavell

The Stagg Group has purchased the lot at 3469 Cannon Place and plans to begin construction on a 100-unit apartment complex “in about six months,” according to a spokesman for the company.

Adolfo Carrión, the former Bronx Borough President and current advisor to the developer, said that the project near Fort Independence Park will be “a conventional deal” similar to other projects his company has slated for the Bronx. Those include a new apartment building on Broadway that has drawn scrutiny from Community Board 8.

People who live near 3469 Cannon Place say they already fear the worst from a developer whose mixed reputation in the borough has preceded it.

“Neighborhoods need to have a say in how they’re developed,” said Kristin Hart, the president of the Fort Independence Park Neighborhood Association (FIPNA). “Stagg just doesn’t have a record of allowing those voices into the conversation.”

Ms. Hart said FIPNA objected to the development on three main grounds, the first being safety. A 2011 report commissioned by a developer who sought to build on 3469 Cannon Place several years ago said that “blasting may be required” to splinter rock at the site, putting at risk the integrity of the foundation of at least one building adjacent to the lot.

FIPNA’s second objection stems from what it deems a mismatch in development. A large, 100-unit apartment building has no place in the neighborhood of small homes, Ms. Hart said. She added that the project would worsen residents’ current problems with traffic and parking.

Finally, activists said that the developer was proceeding with a less than charitable definition of affordable housing.

Ms. Hart described her disappointment upon discovering that so-called affordable apartments at other Stagg developments like Bedford Park Manor were only marginally cheaper than the same rooms available at the market rate.