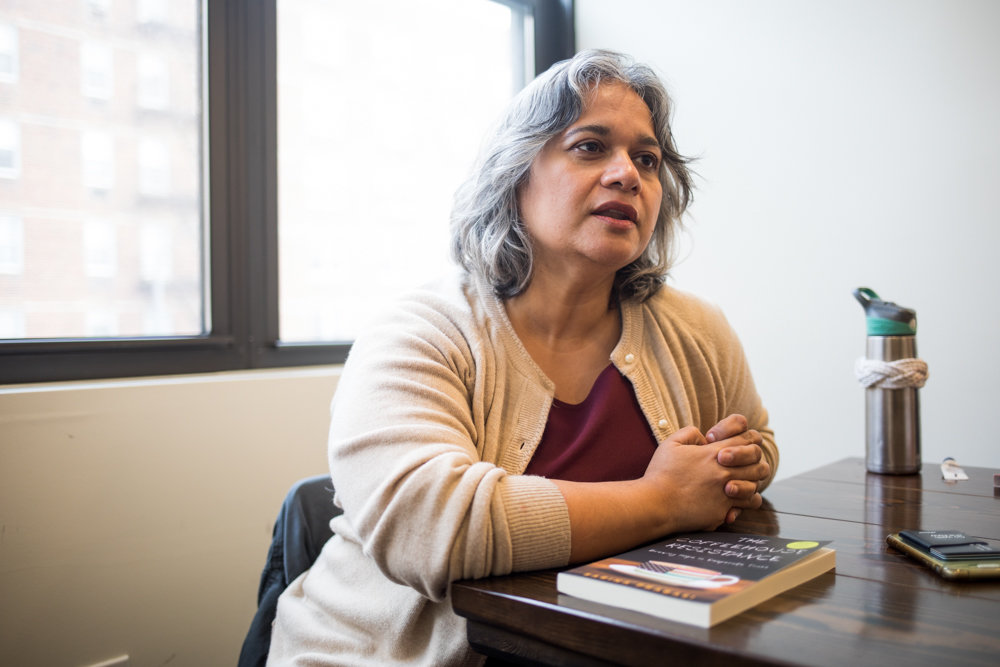 Sarina Prabasi talks about writing her memoir, 'The Coffeehouse Resistance: Brewing Hope in Desperate Times.' Prabasi had to balance the demands of her nonprofit career, her family and Buunni Coffee, an independent cafe chain she runs with her husband. Her memoir will be released April 9.
JULIUS CONSTANTINE MOTAL 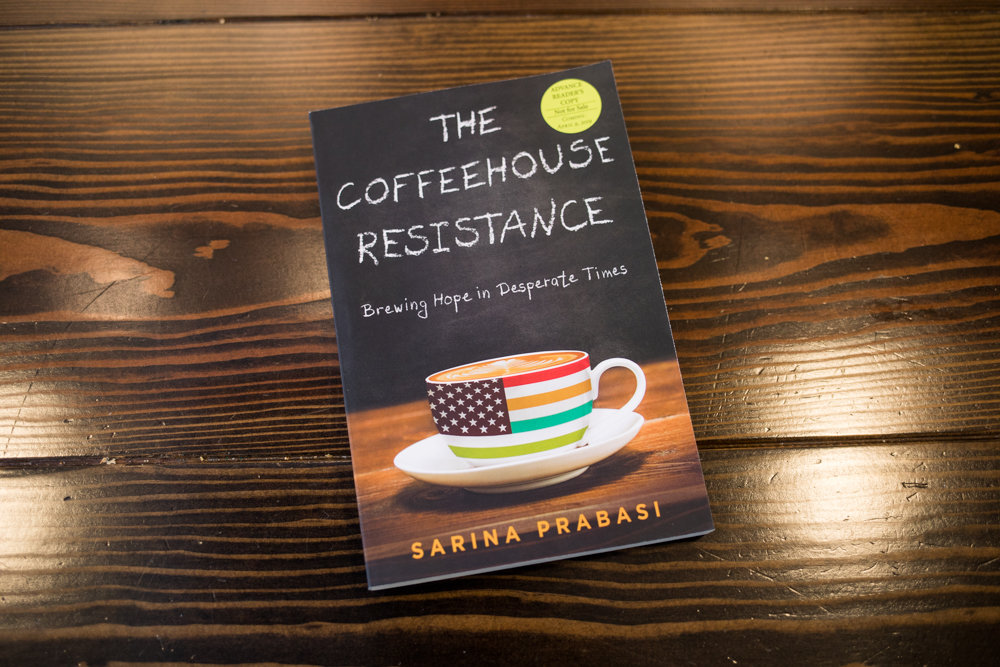 'The Coffeehouse Resistance: Brewing Hope in Desperate Times' is the first book by Sarina Prabasi, who has worked in the nonprofit sector for decades. She also runs Buunni Coffee with her husband. The memoir will be released April 9.
JULIUS CONSTANTINE MOTAL 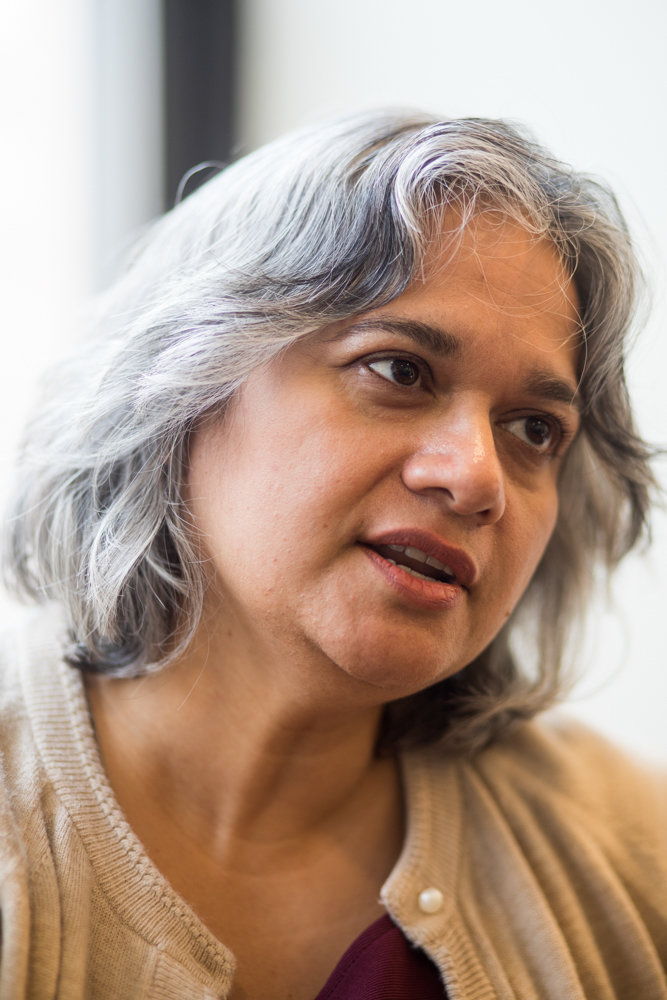 In the process of writing her memoir, 'The Coffehouse Resistance: Brewing Hope in Desperate Times,' Sarina Prabasi discovered her love of writing. Prabasi has lived all over the world, working in the nonprofit sector for several decades. Along with her husband, she runs Buunni Coffee, which has a location on Riverdale Avenue. Her book will be released April 9.
JULIUS CONSTANTINE MOTAL 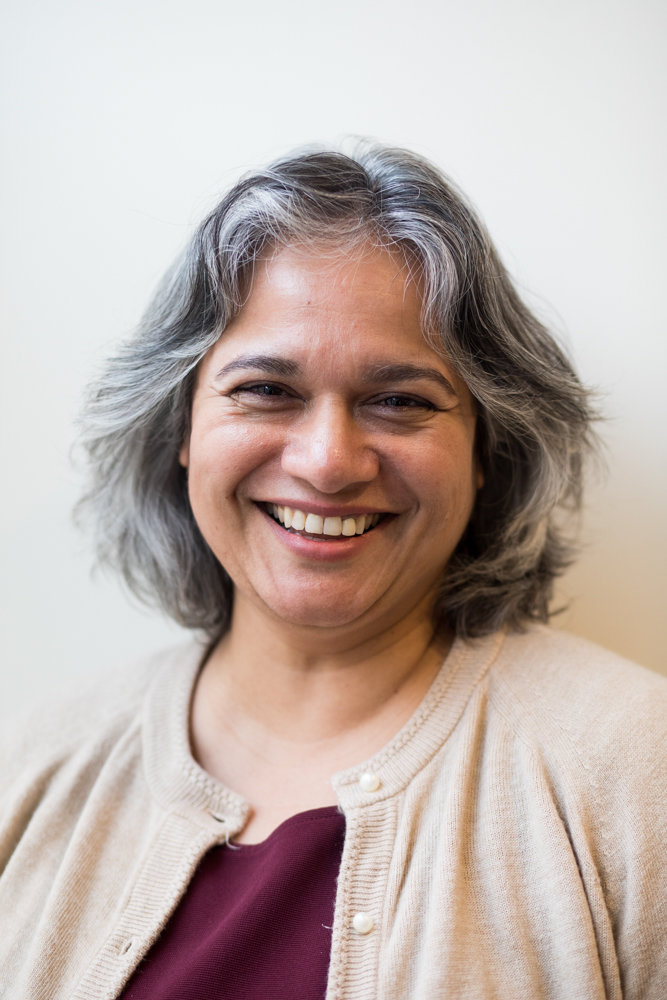 The results of the 2016 elections inspired Sarina Prabasi to tell her story. Her memoir, 'The Coffehouse Resistance: Brewing Hope in Desperate Times,' will be released April 9.
JULIUS CONSTANTINE MOTAL
Previous Next
By TIFFANY MOUSTAKAS

Sarina Prabasi always felt like an observer of American politics, until she became a U.S. citizen — just in time for the 2016 presidential election.

For years, Prabasi was in and out of the United States on visas, never really experiencing an opportunity to participate in politics. But everything changed once she was able to make her status in America official.

“After I became a U.S. citizen,” Prabasi said, “I was determined to educate myself.”

That education began in Washington Heights at Buunni Coffee, a business she and her husband Elias Gurmu started in 2012 and has since expanded to locations in Riverdale and Inwood. It was at the first Buunni Coffee location Prabasi would see customers coming together to discuss issues they were passionate about.

“When people started meeting and talking right in the coffee shop, that became an interesting entry point for me,” she said.

Within two years and the opening of Buunni Coffee’s Riverdale location last year, Prabasi saw the impact the 2016 election had on the two communities she works in. So between running a small business, being a mother, and serving as the chief executive of the nonprofit WaterAid America, Prabasi found time to write “The Coffeehouse Resistance: Brewing Hope in Desperate Times,” a memoir reflecting on her own experiences in America after moving to New York City from Ethiopia.

The book comes out April 9.

The process for Prabasi’s memoir began two years ago when she tried to help her father write his own. In between his breaks from writing, the two would go to writing retreats that would inspire her to pick up a pen.

When Prabasi attended a retreat last October, she submitted her manuscript to a contest and won, immediately kickstarting a deal to publish “The Coffeehouse Resistance” with Green Writers Press, an independent book publisher.

The focus on discussing the pivotal role coffee shops have on political action came from Prabasi’s own realization that what she witnessed at Buunni Coffee locations was nothing new.

“Coffee houses have always been places for different classes and people from different backgrounds to come together,” she said.

People came together in her Washington Heights location to write postcards after the 2016 election, and customers in Riverdale were making phone calls supporting candidates during last year’s midterm elections. Prabasi realized how much “the personal is political,” even when running a business.

“It made complete sense to me that those beliefs and values should also guide our business and that there isn’t anything wrong with that,” she said.

When she reflects on how she was able to successfully edit the book before its April release, Prabasi admits it was a lot of juggling responsibilities, late nights, and having a supportive family. Through this experience, Prabasi said she’s learned her lifelong love of writing hasn’t changed a bit.

“I discovered I’m in my happy place if I have a couple of hours and I (can) just write,” she said.

Since she’s more of a fiction enthusiast, Prabasi adds that one of the more difficult parts of writing “The Coffeehouse Resistance” was sharing her life with readers.

“Normally, I’m a very private person,” she said. “So writing a memoir in itself requires opening up about things that I normally wouldn’t share with the whole world.”

But she’s not opposed to writing another book in the future. “Maybe I have a novel in me.”

When it all comes down to it, Prabasi’s goal with “The Coffeehouse Resistance” is personal as much as it’s political.

“It wasn’t my natural inclination to tell a very personal story,” she said. “But I feel like now more than ever, we all need to be telling our stories and coming together around those. And I feel like there’s a lot of power in our own stories, and in our own communities.”