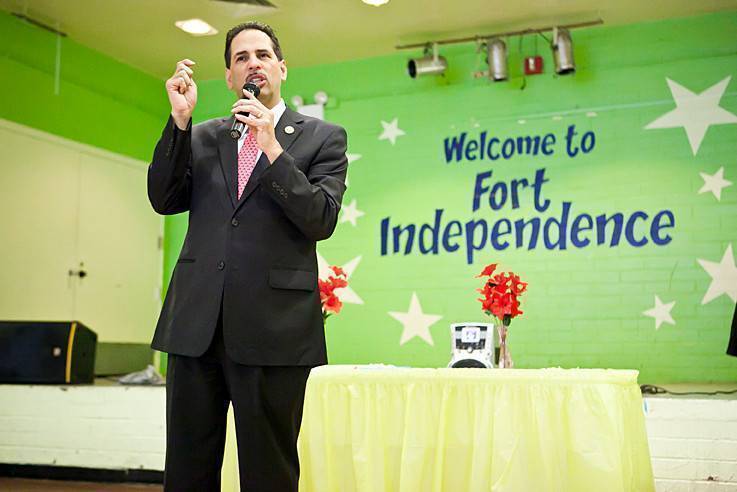 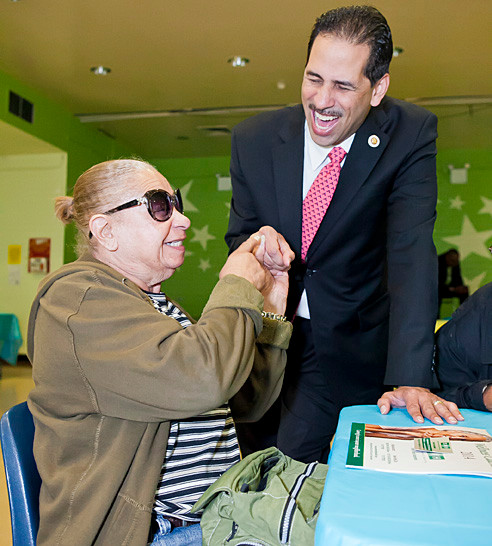 Current Mayor Bill de Blasio’s recently released executive budget for the city does not include any money for the centers.

But Councilman Fernando Cabrera is confident the Ft. Independence Houses’ community center is going to stay open as an end-of-June deadline for the council and the mayor to finalize the budget approaches.

“It’s not shutting down,” Mr. Cabrera, who is also a pastor, said at a Mother’s Day gathering for senior citizens at the center. “It’s going to stay open. Rejoice. Rejoice.”

The announcement prompted loud applause and hugs among dozens of residents at the May 9 event. They also welcomed a promise from Mr. Cabrera to allocate his capital funds for a new playground at Ft. Independence as well as for new stoves and refrigerators in each of the houses’ 344 apartments.

After his speech to the seniors, Mr. Cabrera said a NYCHA official had personally confirmed the Ft. Independence community center will stay open.

But in recent e-mails, NYCHA’s press office said a determination was yet to be made about the authority’s 106 community centers.

The way Mr. Bloomberg left the centers last year, the city would end funding for 57 centers operated by NYCHA itself this June. Nonprofit agencies support the other 49 sites.

Mr. Cabrera’s efforts on Ft. Independence appear to be part of a wider effort to keep all of the centers open. The chief of staff for Councilman Ritchie Torres, chairman of the council’s public housing committee, said the 24 council members with public housing in their districts are pushing the mayor and City Council Speaker Melissa Mark-Viverito to maintain funding for all of the community centers.

“I think clearly, [the de Blasio] administration sees the value in public housing as a resource for low income New Yorkers,” Mr. Torres’ Chief of Staff Sindri McDonald said in a phone call. “I can’t imagine they would want to see these centers close.”