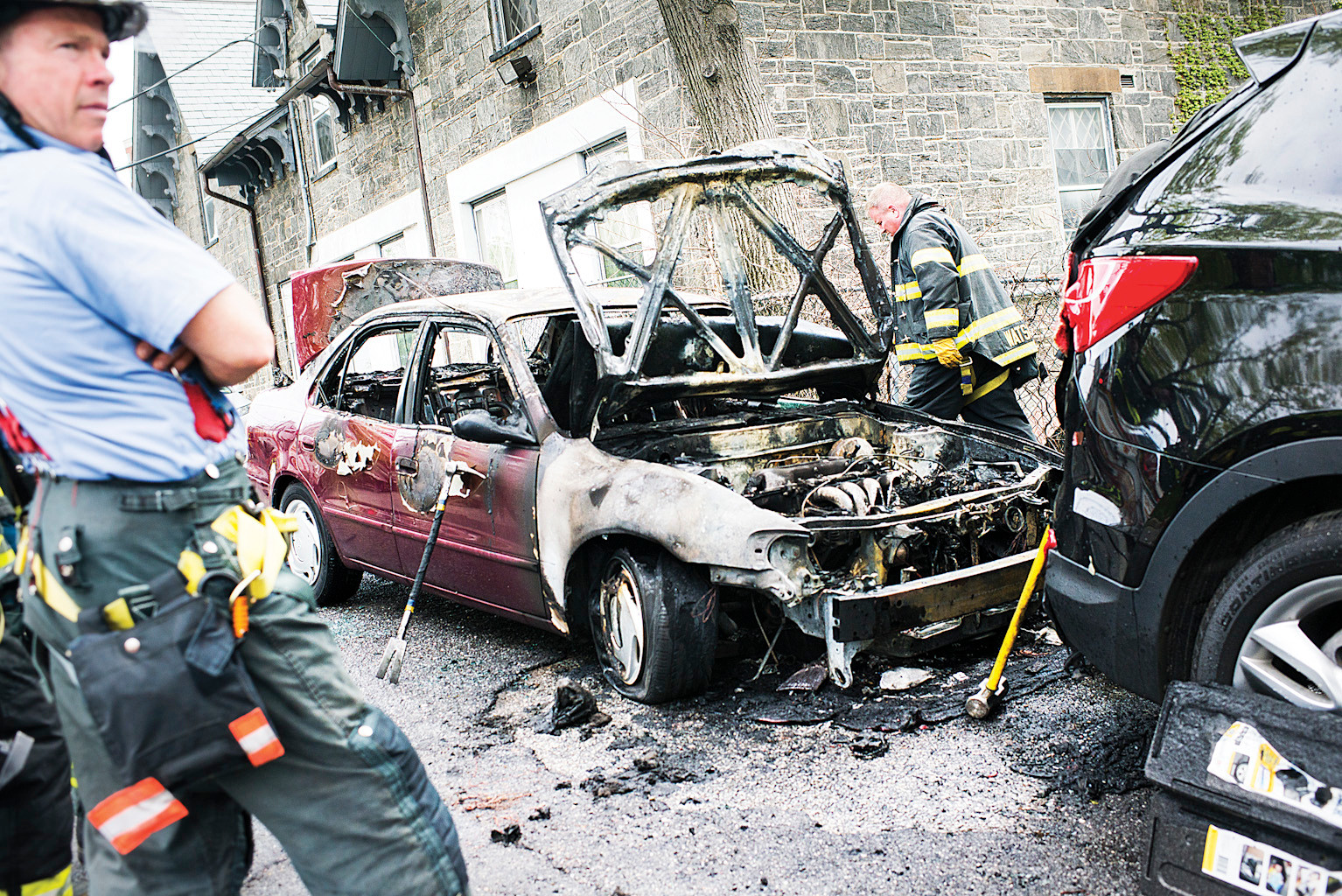 A 1997 Toyota Camry caught fire and burned at the College of Mount Saint Vincent on Tuesday afternoon.
Adrian Fussell / The Riverdale Press
By Nic Cavell

A car fire at 11:19 a.m. on Tuesday threatened the life of a College of Mount Saint Vincent (CMSV) student.

“I was driving the car, I parked it, it was smoking and I got out,” said the student, who declined to give her name. “I started walking down the hill and the car exploded.”

Damage extended to a black Hyundai SUV parked in front of the Camry. The SUV’s trunk was burnt and the taillights were visibly melted.

Plumes of black smoke reached through the trees on CMSV’s leafy campus and were easily seen down Riverdale Avenue.

Friends and fellow students gathered with the Camry owner at the foot of Administration Hill and recounted the sequence of events.

“It was about 11:15 and she texted me saying, ‘No class. Car on fire’,” said one of the victim’s friends, who explained that they had a class scheduled at the time the engine ignited. The friend declined to give her name.

An FDNY spokesman confirmed that the fire was under control by 12:15 p.m. He speculated that the cause was an electrical failure. As firefighters packed up their gear, water trickled down Administration Hill. Stickers for the CMSV Dolphins and the town of Natchez, Mississippi remained plastered to the Camry’s bumper.

The victim said that along with her vehicle, she had lost her laptop, all of her schoolbooks and a dress for a job interview she had scheduled for this week.