CB8 gets together once again — this time for real 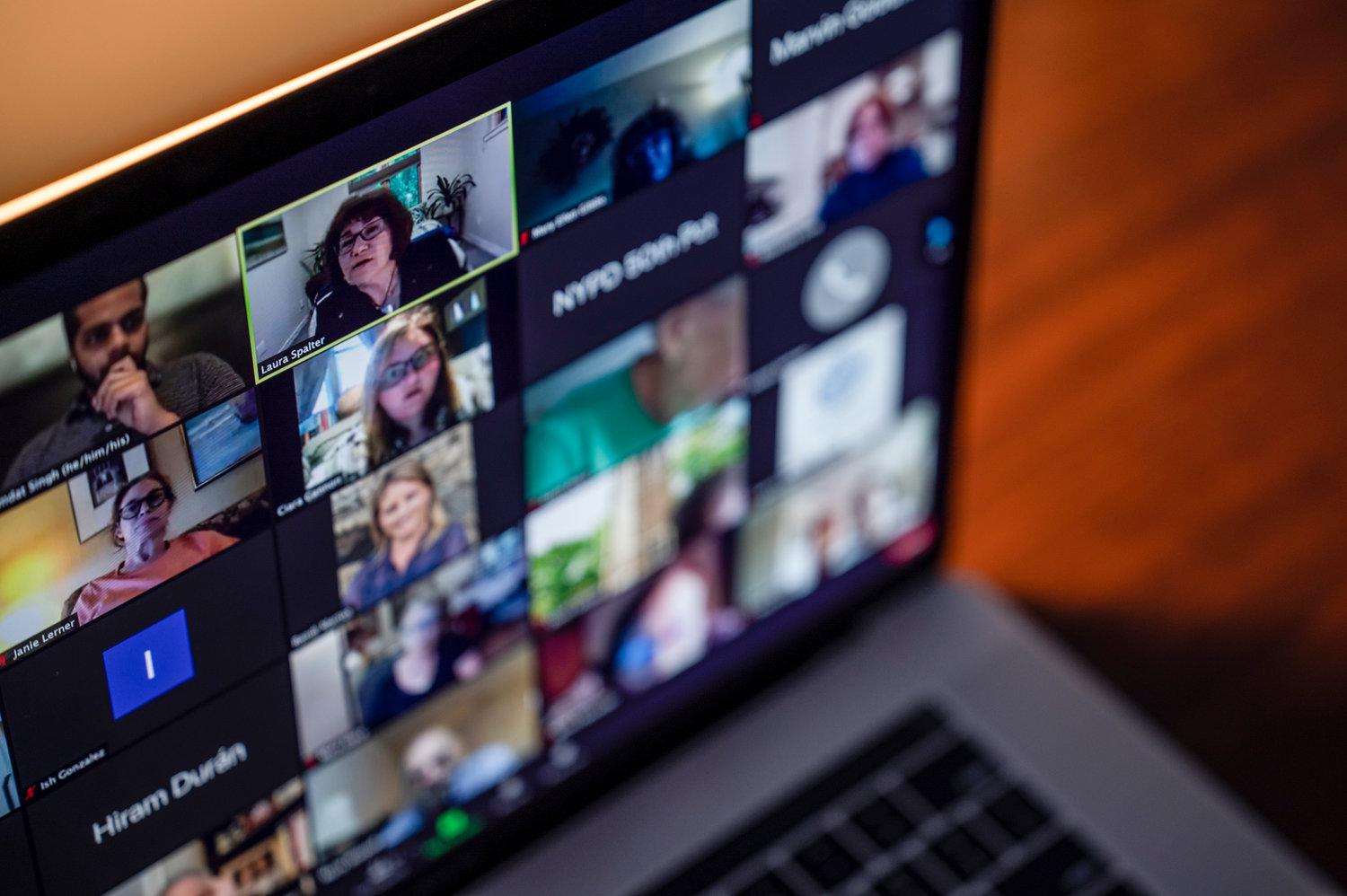 Meeting online has opened the door for record attendance for city groups like Community Board 8. But videoconferencing goes away beginning next week when community boards and all other governmental bodies in the state are required to return to in-person meetings — despite the rise of the coronavirus delta variant.
HIRAM ALEJANDRO DURÁN/ File 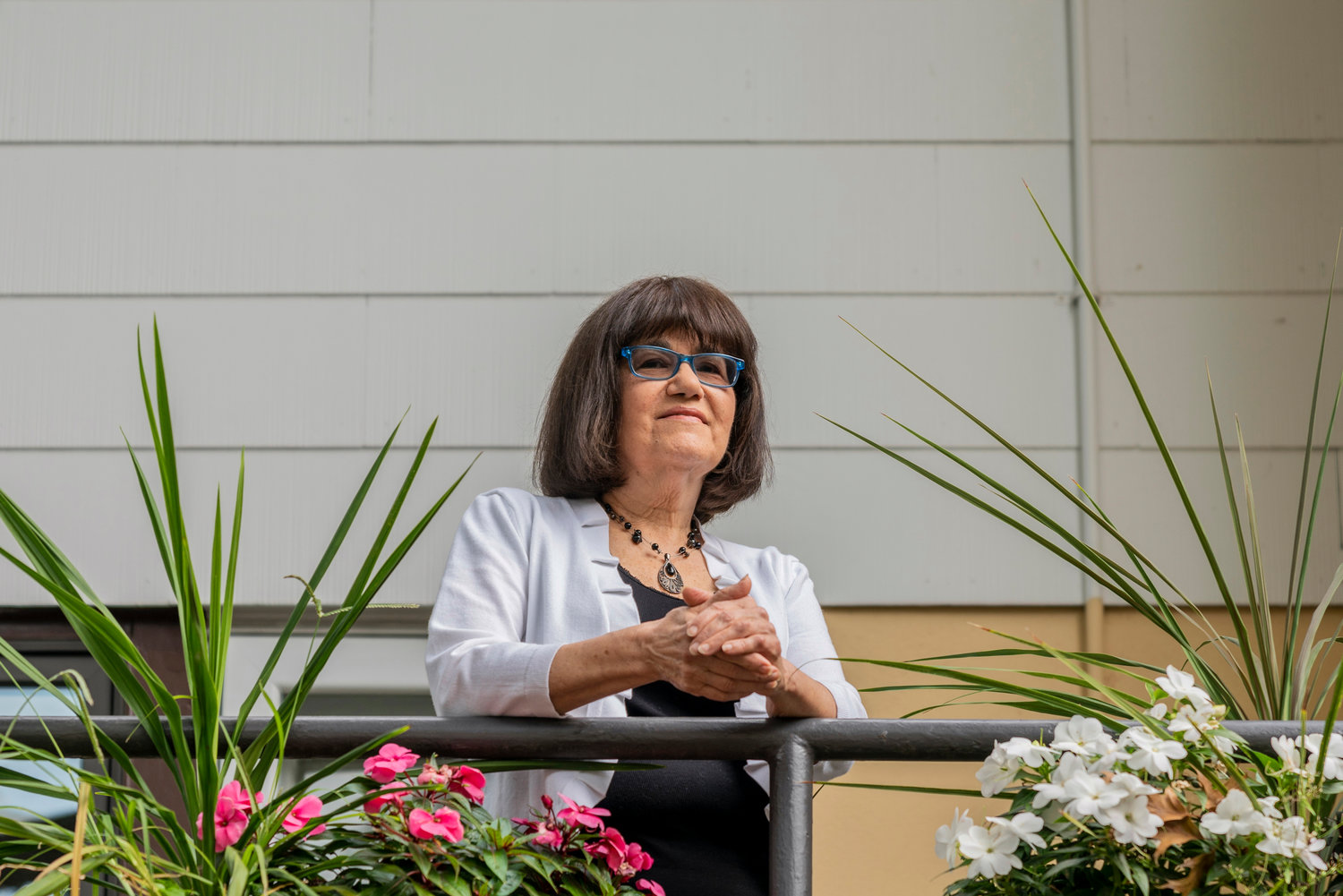 Laura Spalter has yet to host or attend an in-person meeting since becoming chair of Community Board 8 a year ago. That changes next week when the board hosts its first in-person meeting — an executive committee gathering Sept. 1 at the Kingsbridge Heights Community Center.
HIRAM ALEJANDRO DURÁN/ File
Previous Next
Upcoming CB8 meetings

Community Board 8 returns to in-person meetings in September. The public is welcome as long as they have not experienced any symptoms of COVID-19 in the 10 days prior to the meeting — a fever of 100 degrees or more, a new cough, a new loss of taste or smell, or shortness of breath.

Those attending must not have tested positive in the 10 days prior to the meeting, and have not been in close contact with anyone who has tested positive or was required to quarantine.

• Both the environment and sanitation committee, as well as the traffic and transportation committee on Monday, Sept. 13 at 7 p.m., at the Kingsbridge Heights Community Center

Community Board 8 kicks off its fall meeting schedule with a gathering of all its committee chairs on Sept. 1. But anyone looking to observe firsthand what CB8’s executive committee is up to can leave their computer shut down, because seeing this meeting means traveling out to the Kingsbridge Heights Community Center.

Some 18 months ago as the coronavirus pandemic just started to upset people’s lives, getting this kind of news would have been exciting. Instead, CB8 chair Laura Spalter sees what the delta variant is doing to both the unvaccinated and the vaccinated, and worries the state is going too fast, too soon.

“Our ability to conduct our meetings on Zoom existed only as part of the governor’s emergency declaration that he issued in March 2020, which now no longer exists,” Spalter said. “So now I have to explain to the public that we have no choice. We must comply with the city and state mandates, which has been that board members must be physically present in order to count as quorum and vote.”

Before the coronavirus pandemic, the state’s open meetings laws were quite direct — meetings were in-person, and while people could call in if they wanted, they couldn’t count toward any votes, or even toward the minimum number of committee or board members needed to actually do business. But when COVID-19 shut everything down last year, government had to go on, which means a significant relaxation in open meeting rules.

With the stroke of his pen, Andrew Cuomo temporarily wiped away in-person requirements, and allowed government agencies like community boards to meet by phone, or through online videoconferencing apps like Zoom.

Yet last June, many — including the then-governor — felt the virus was well in the rearview mirror. More and more people were being vaccinated, and both infection and hospitalization rates were at levels not seen since the start of it all.

And then the delta variant arrived. First surfacing in India, this particular mutation is said to be far more transmissible than the original virus, easily spreading from one person to the next. So much so that nearly all new infections now in the United States and most other parts of the world are the delta variant. It’s even responsible for more of the “breakthrough” infections — those that hit vaccinated people — than what public health experts originally projected.

Spalter had hoped the state would do some sort of transition from teleconferencing to in-person meetings. Instead, it’s like Cuomo just flipped the light switch without watching where he was stepping. Even with nearly two months to prepare, making the move back to physical gatherings has been a tall task for community boards like Spalter’s.

“We have to have massive, massive mandatory social distancing,” the chair said. “We cannot access the vaccination status of anyone. And masks are required.”

Social distancing means the number of people allowed into meeting spaces must be limited — and they must be large enough to provide that six feet of space between people, Spalter said. And, of course, some of CB8’s usual haunts like schools and senior citizen centers are out.

At least for September, the community board has access to the community center at 3101 Kingsbridge Terrace, where at least two of its meetings will be held. Also available are The Riverdale Y on Arlington Avenue — where next week’s land use committee will meet — the Fort Independence Community Center, and even an economic development committee meeting on Sept. 23 at The Bronx Public restaurant.

“We’ve been very grateful about the space people donate to us,” Spalter said. “Before, you could just call the person in charge of the facilities, or you already had a connection. They checked the date, and it was that easy. Now, they have to check with their boards, and we aren’t so sure it’s going to happen.”

With the Jewish High Holy Days like Rosh Hashana and Yom Kippur coming right after Labor Day, many of CB8’s regular meetings got bumped to October. That was a blessing in of itself, Spalter said, because that gives her and district manager Ciara Gannon more time to find appropriate venues to hold meetings for the rest of the committees. Spalter, however, added she was not opposed to consider encouraging some smaller committees to meet less frequently.

The state’s Committee on Open Government delivered an advisory opinion last month admitting remote access to meetings could still be allowed under state law — but doing so would require the public release of every address someone was calling in from, and that they would have to welcome in anyone who showed up at their door physically. Even if the place they were calling from was their own home.

Some community boards have said they’re willing to defy state law and continue remote meetings. Jeannine Kiely, chair of Manhattan Community Board 2, told Cuomo in a letter that a July in-person meeting resulted in two people testing positive for the coronavirus, according to The City’s Gabriel Sandoval. Both people who got sick had been vaccinated.

Changing the law, however, requires legislative intervention. Westchester County Assemblyman Thomas Abinanti introduced a bill earlier this year that would extend remote meetings. State Sen. Brad Hoylman pushed a bill of his own — supported by colleagues Alessandra Biaggi and Gustavo Rivera. But none of the bills have made it out of committee, and it’s unclear if new governor Kathy Hochul even has the authority to waive the in-person laws without holding emergency powers like Cuomo had.

Spalter is doing the best she can to comply with the law while trying to keep everyone safe. Still, even without the pandemic, there were many things about remote meetings she says worked so well. And getting rid of Zoom means giving all that up.

“People got really good at it,” she said. “We were getting people from all over. We were getting attendance like we’d never seen before. But that’s because they could watch it all without having to go anywhere. Now they have to come out, and many people just may not do it.”