CB8: No man is a traffic island, entire of itself

Sedgwick Ave remains a thorn in VCV’s side, and especially with traffic island 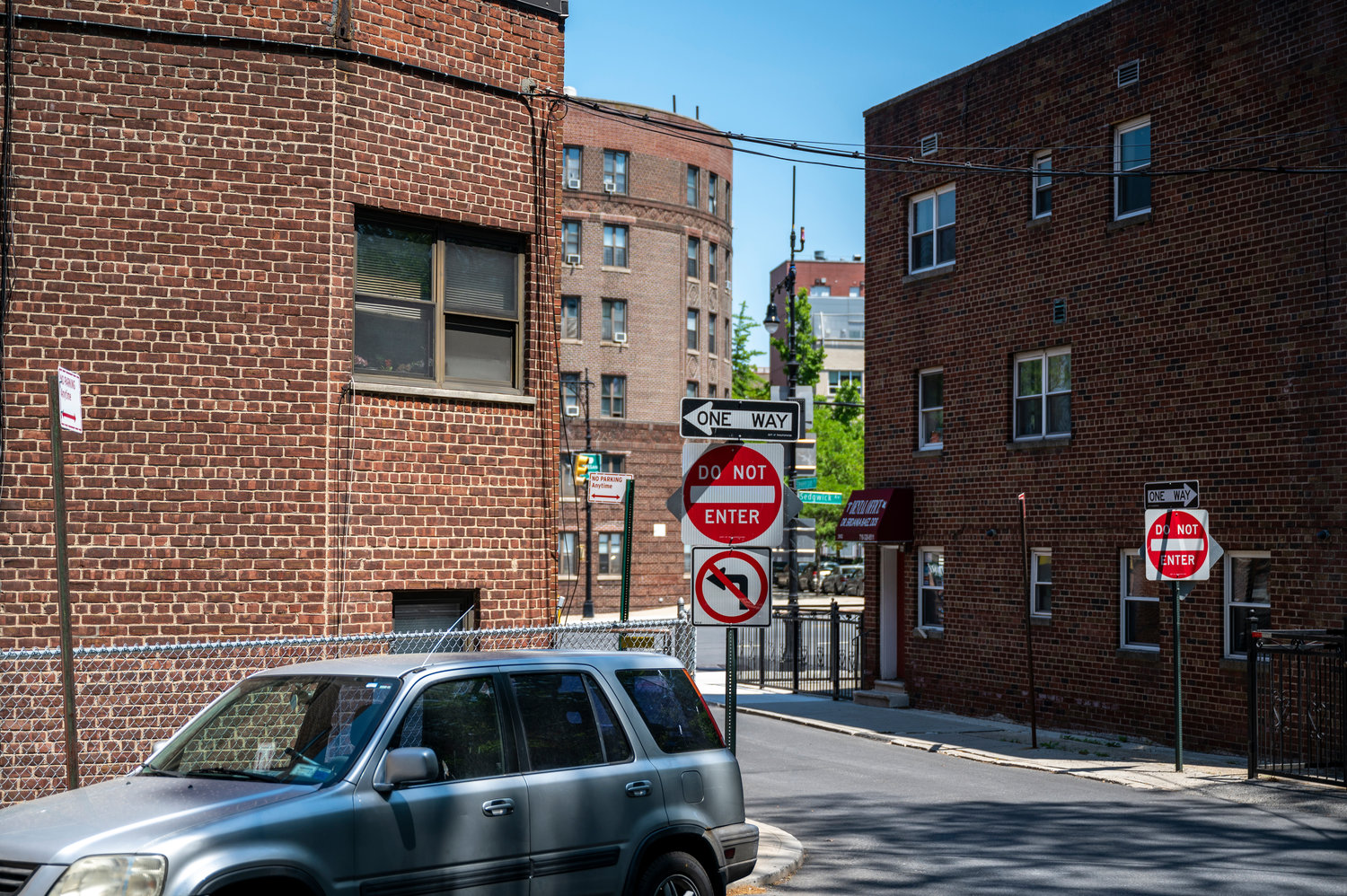 There are many traffic safety measures that should be implemented within Van Cortlandt Village, according to Nat Solomon: like ‘no honking’ signs, caution lights, and modifying a traffic island at Sedgwick Avenue and Van Cortlandt Avenue West. But the first two — along with other proposals — won’t be discussed again until fall, when a new Community Board 8 session begins.
HIRAM ALEJANDRO DURAN/ File 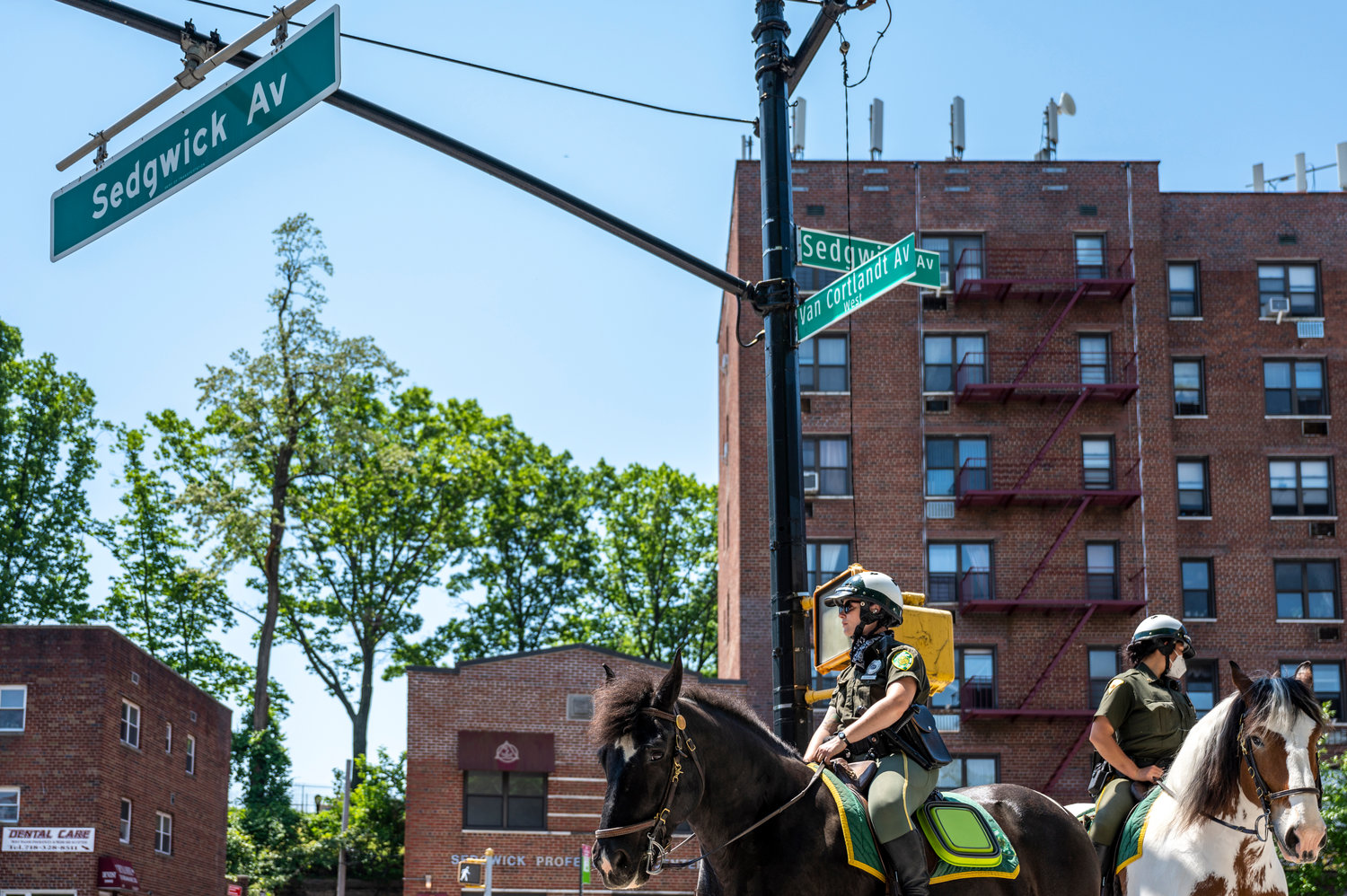 Nat Solomon brought many traffic safety measure shortcomings in Van Cortlandt Village to the attention of Community Board 8 this past spring. However, for many of them, it seems he’ll be waiting until at least the fall before any of them are addressed.
HIRAM ALEJANDRO DURAN/File 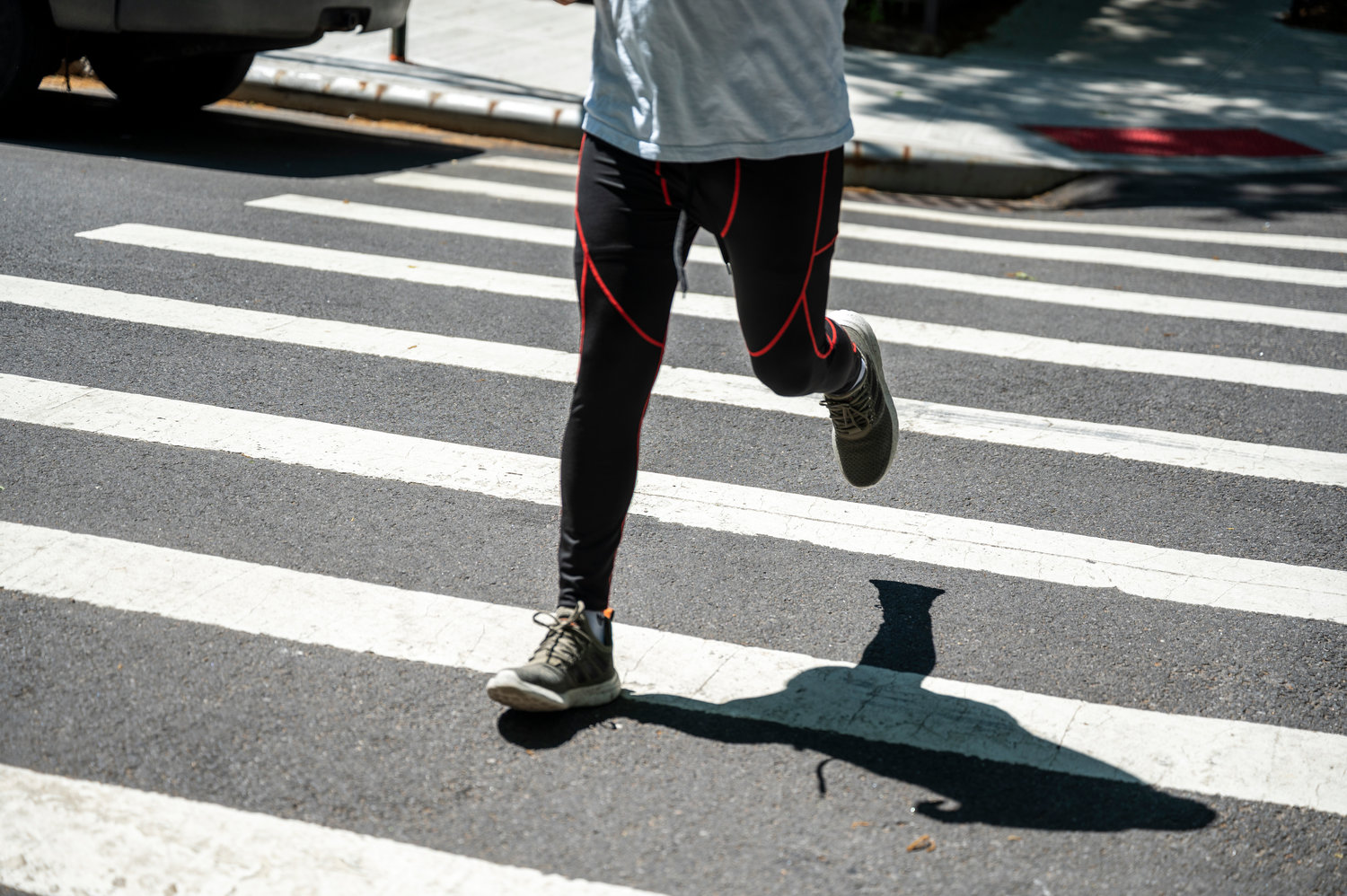 Safety in Van Cortlandt Village has been a hot topic over the past few months at Community Board 8’s traffic and transportation committee meetings. But with one notable exception — the traffic island at Sedgwick Avenue and Van Cortlandt Avenue West: — the proposed changes will have to wait until fall when new committee chair Deb Travis takes over.
HIRAM ALEJANDRO DURÁN/ File 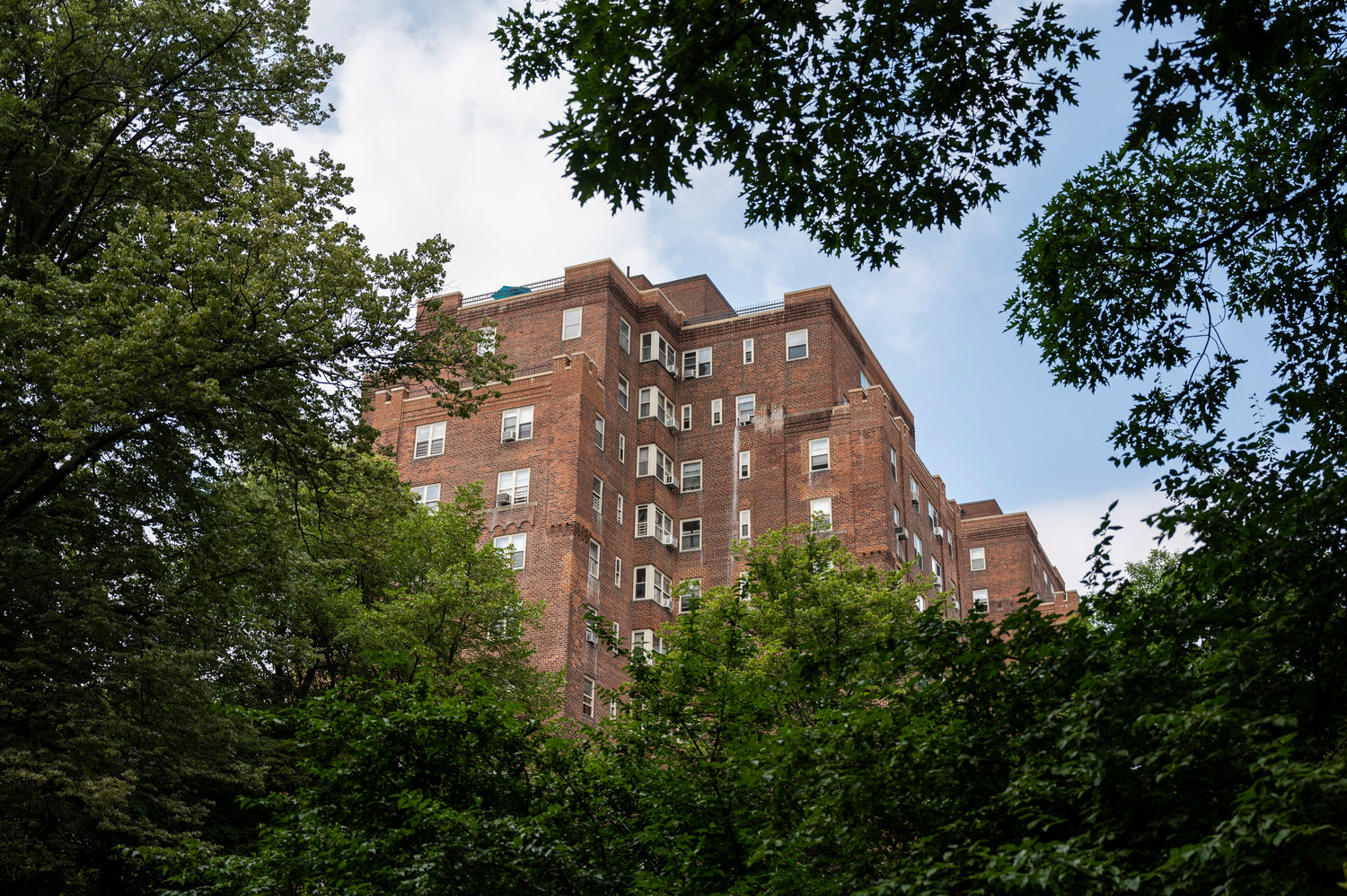 When traffic safety in Van Cortlandt Village was discussed in May, Community Board 8’s traffic committee vice chair Ed Green made it clear he wanted the Amalgamated co-op community to be in on any and all discussions about changes to the area. But it looks like few — if any — changes will even be considered before the fall.
HIRAM ALEJANDRO DURÁN
Previous Next
By ROSE BRENNAN

It was only May when Nat Solomon brought several traffic safety changes he wanted to see in Van Cortlandt Village to the attention of Community Board 8’s traffic and transportation committee. But for many of them, he might be waiting a bit longer.

Solomon doesn’t believe he’s asking for much: A “no honking” sign here, a caution light there, and a crosswalk study in between. But that gets thrown into a bit of flux with the summer months approaching — and with it, a community board recess — which will delay any proposals intended for the city’s transportation department.

When the committee returns, it will have new leadership in the form of Deb Travis, who was a vice chair under former city council candidate Dan Padernacht. But before Padernacht moves on to take over the aging committee, there was one traffic safety issue that he says can’t wait for fall.

That issue is, of course, the infamous traffic island at Sedgwick Avenue and Van Cortlandt Avenue West. It’s never been well received, and Travis herself spoke up about the dangers it posed only last May.

“The intersection at Van Cortlandt West and Sedgwick is difficult even for people who know how the intersection is supposed to work,” she said during that meeting. “I think that, probably, you could go through and make a list of all the various pinch points and blind spots on that intersection that make it difficult.”

And it was clear that Travis and Solomon were not alone in that belief the traffic island needed modification. Padernacht also thought the island could be confusing — and, by extension, dangerous — for people unfamiliar with traveling in the area.

“There’s a number of accidents, I believe, that have occurred there. It’s just a matter of time before there’s a more serious one.”

Padernacht noted once the traffic island was installed, navigating the street became more difficult — both for motorists and for pedestrians. And the site was even home to one accident that led to a fatality.

Bronx borough DOT commissioner Nivardo Lopez pointed out the traffic island was installed to narrow the intersection and, by extension, potentially make it safer for people to navigate. But Padernacht believed the island actually does the opposite, because it becomes dangerous when drivers didn’t know how to drive through the intersection.

“The island that was installed, it was a bad idea from the start,” Padernacht said. “We’ve already had one death there. There’s going to be more accidents there.”

Committee vice chair Ed Green also noted problems he saw at the intersection — mainly with motorists not paying attention to traffic rules, making an already-dangerous intersection even more so.

“The cars that are making the left from Sedgwick to go down the hill … often do not yield the right of way to pedestrians walking across the street because they’re kind of racing to make the light,” Green said. “It creates a situation where there’s a lot of hesitancy by both the cars and the pedestrians crossing.”

While many at the meeting eventually agreed something at the traffic island needed to be altered or modified in some way, they weren’t exactly sure just what should be done to make the area safer for all who use it.

If altering the traffic island quickly was the objective, Lopez said, there was an option for that. But other potential solutions would take a bit more time.

“The quickest thing that we could do would be changing signal operations,” Lopez said. “That’s the fastest thing we can do. Everything else would not be done in an expeditious manner.”

But one thing is quite clear: The danger the traffic island poses to drivers and pedestrians isn’t something that can wait until Travis takes over the board. In fact, Lopez has his sights set on evaluating the intersection as early as this month, and think about what could improve it — with input from Solomon, of course.

With the exception of the traffic island, it seems Solomon and his neighbors might need to wait a bit longer for some of their other concerns to be addressed by the community board and the city’s transportation department. But to Lopez, the time investment will be more than worth it in the end.

“This is going to take some time to sort of figure out this location,” Lopez said. “I don’t want to tackle more than I can chew. But I figure Sedgwick is something that’s a long-standing community complaint. I want to be responsive, (but) I do have my limitations.”